When you think about Iceland, the first things that come to your mind are probably volcanoes, elves, and Björk. And while all of these things are pretty amazing on their own, Iceland is much more than that.

Today we have prepared you some interesting facts about this island country in Northern Europe that you probably won’t find in your high school textbooks. From unique Christmas gift traditions to Elf schools, check out some fascinating Iceland facts in the gallery below! 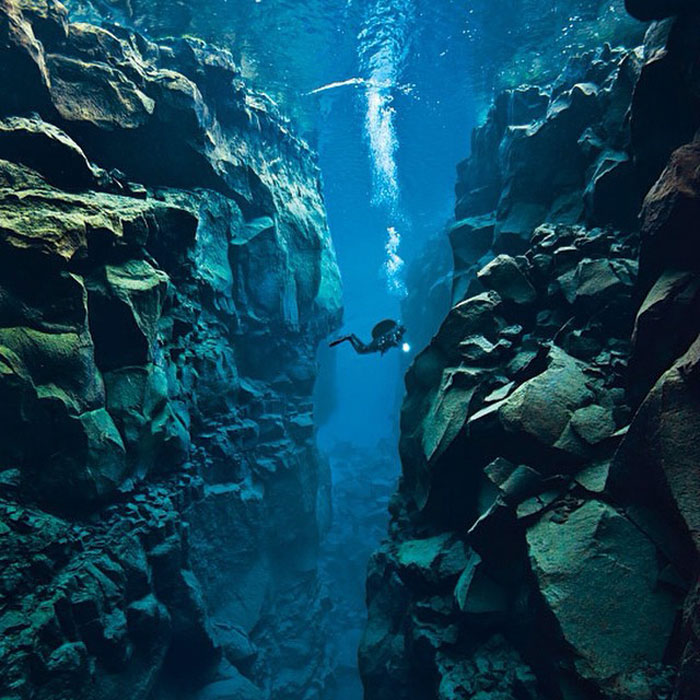 The Silfra fissure in Iceland is the only place on the whole planet where you can take a dive between two tectonic plates. In some places it’s even narrow enough so that you can touch both plates at the same time, essentially becoming a living bridge between the North American and Eurasian continents! Back in 2004, the fissure was designated a UNESCO World Heritage Site. 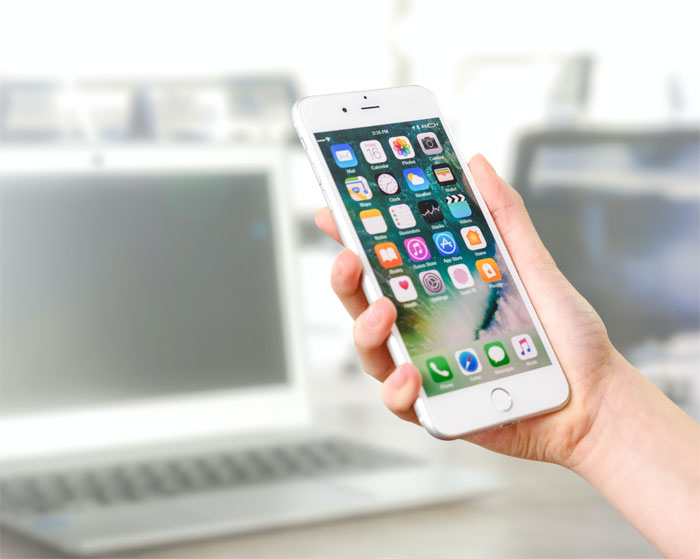 Since Iceland has only a little over a quarter of a million residents and very little immigration, there is a good chance that people have some distant cousins they might not be aware of. To prevent Icelanders from accidentally dating their distant relatives, back in 2010 the Íslendinga-App was developed. The app uses the Íslendingabók (The Book of Icelanders) database to allow its users to check whether they are related, and is both simple and fun to use.

A Traditional Christmas Gift Is Considered A Book 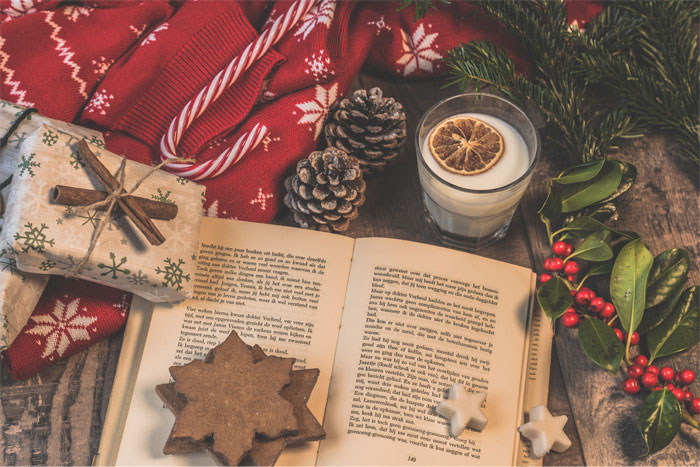 While many people like to gift electronics or jewellery for Christmas, for many Icelanders a book is considered the perfect Christmas present. Apparently, Icelanders are quite the bookworms, and the country actually publishes the most books per capita in the world, with 5 titles published per 1000 residents. The tradition of gifting books started during WWII, when strict currency restrictions limited the amount of goods imported to Iceland. However, paper restrictions weren’t so strict, thus the book became the perfect Christmas present. 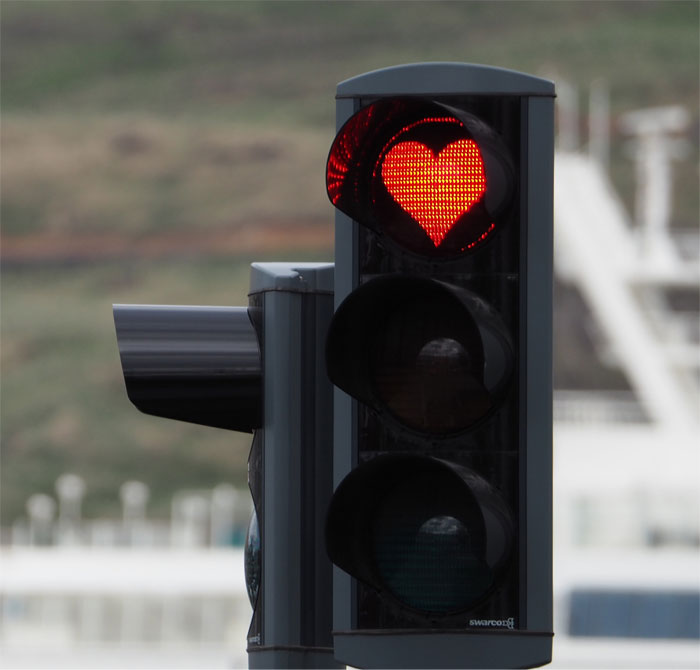 In order to lift the people’s spirits after the economic crash of 2008, the town of Akureyri, located in the Northern part of Iceland, decided to replace the round traffic lights into heard-shaped ones as a part of the Smile With Your Heart campaign. 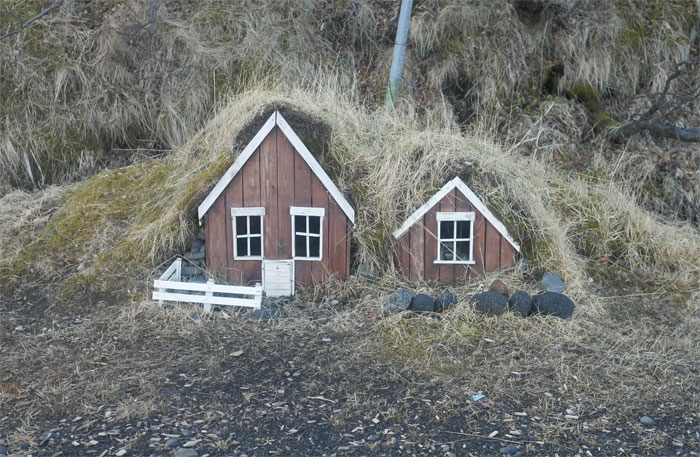 Over half of Icelanders believe that elves are real, and you can find tiny elf houses all over the island. And if outsiders want to learn more about elves, there’s a special Elfschool where they learn more about their appearance and life.

Members Of The Same Family Can All Have Different Last Names 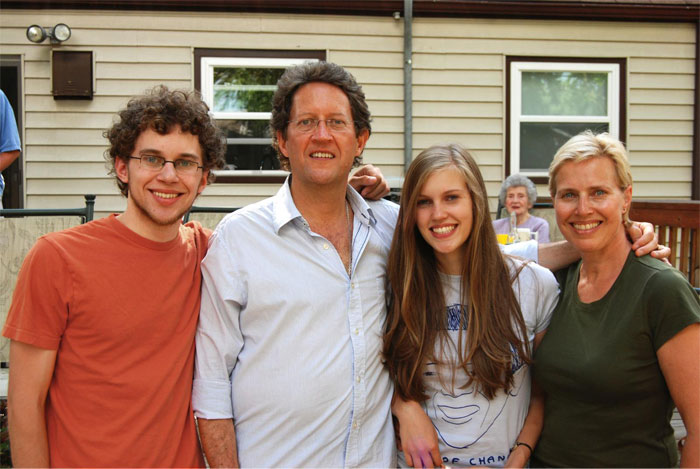 In most countries in the world, family members usually share the same last name – but not in Iceland. After marriage, the people get to keep their own last names, and if a son is born, the suffix ‘-son’ is added to either the mother or father’s last name to form their own. Similarly, the suffix ‘-dóttir’ is added if a daughter is born. Since 2019, Icelanders who choose to identify as non-binary can use the suffix ‘-bur’, simply meaning ‘child’.

Iceland’s Only Native Land Mammal Is The Arctic Fox 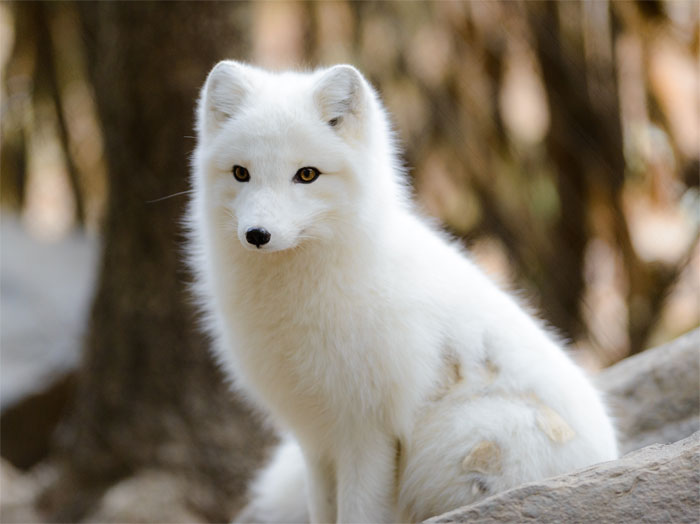 Believe it or not, the only native mammal on Iceland is the Arctic Fox. These adorable white foxes came to Iceland at the end of the ice age by walking over the frozen sea. However, once the settlers arrived in the 9th century, they brought more animals to this isolated island. Currently there are between 8 and 10 thousand Arctic Foxes living in Iceland, and they’re categorized by the International Union for Conservation of Nature as “least concern”. 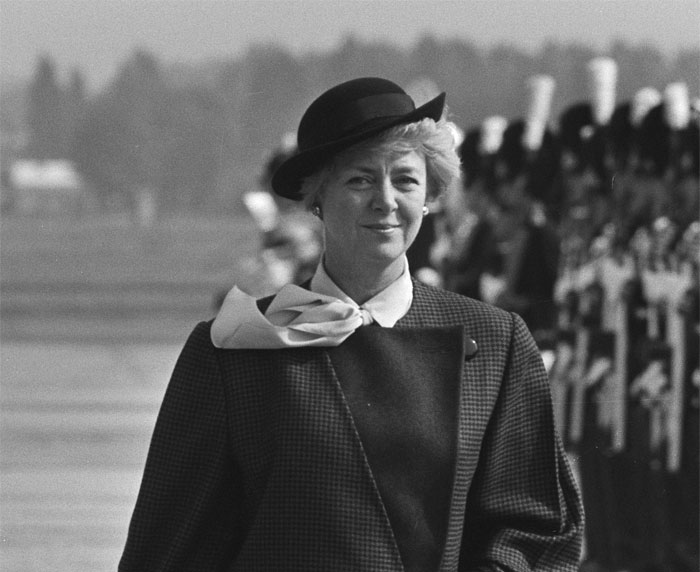 Iceland was the first country to democratically elect the first female president. Vigdís Finnbogadóttir was elected during the 1980 presidential election, receiving 33.6 percent of the national vote. She was re-elected again in 1984, 1988, and 1996, making her the longest-serving Icelandic president, until Ólafur Ragnar Grímsson was elected to his fifth term back in 2012. 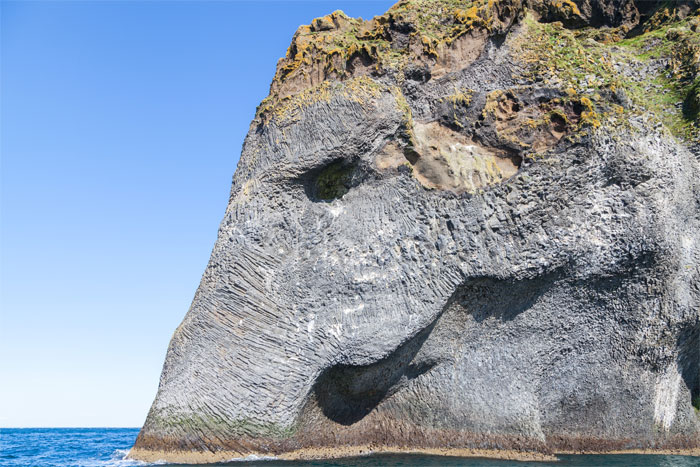 There’s a unique rock formation on the Westman Islands in Iceland that bears a striking resemblance to an elephant’s head, even down to the texture. It is believed that it was formed back in 1973 after a series of volcanic eruptions formed the Islands.

There Are No McDonald’s Restaurants In Iceland 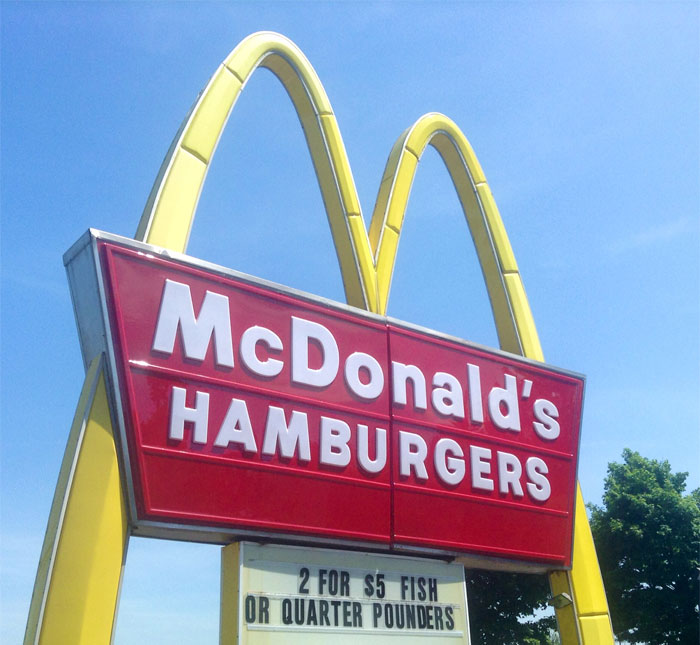 Even though the first McDonald’s in Iceland opened back in 1993, the last restaurant closed its doors in 2009. This was mostly because as other fast food chains like Burger Kind and KFC opened, McDonald’s simply wasn’t seen as anything special.

In Icelandic There Is A Word Meaning ‘Ice-Cream Road Trip’ 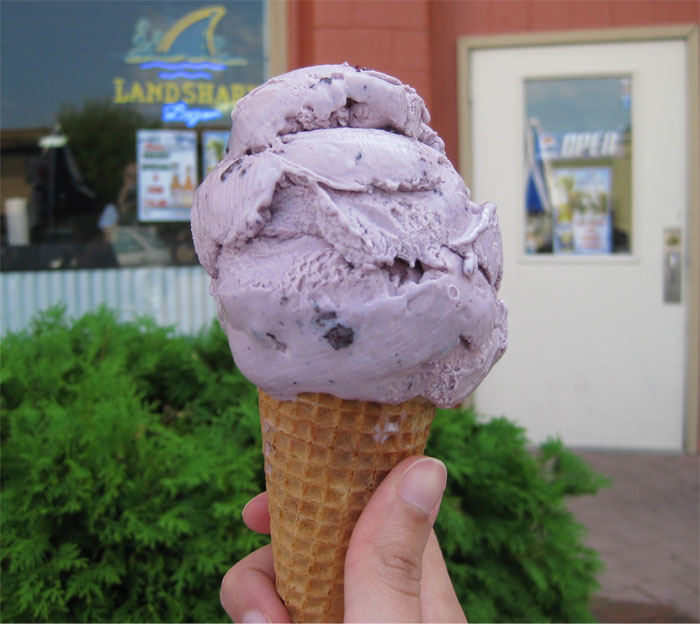 Despite the cold, Icelanders absolutely love ice cream. So much, in fact, that they even have the word ‘ísbíltúr’ to describe driving around and eating ice cream. 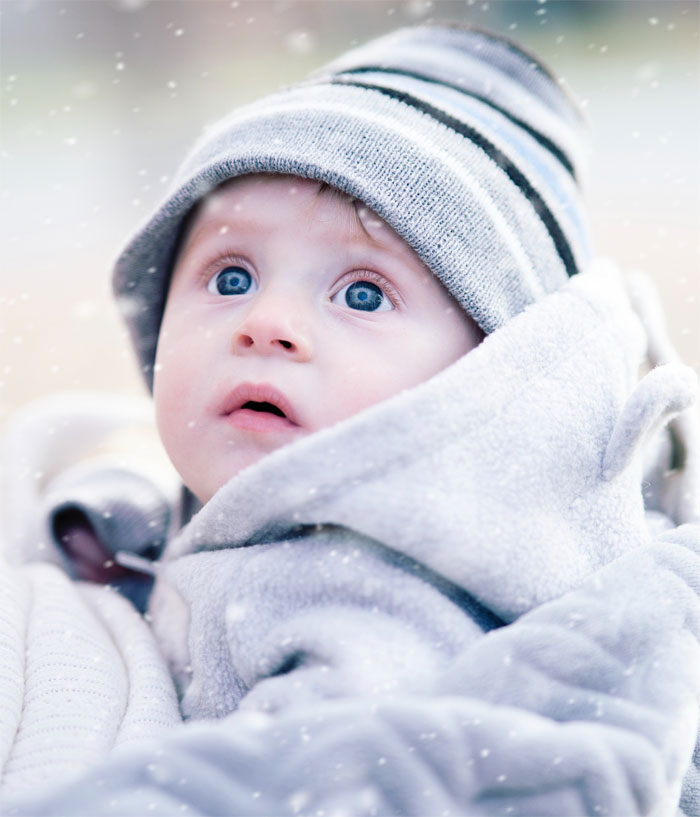 Many Icelanders leave their infants to sleep outside, even in freezing temperatures – with appropriate clothing, of course. It is believed that sleeping in the cold boosts the child’s immune system.

There Are No Mosquitoes In Iceland 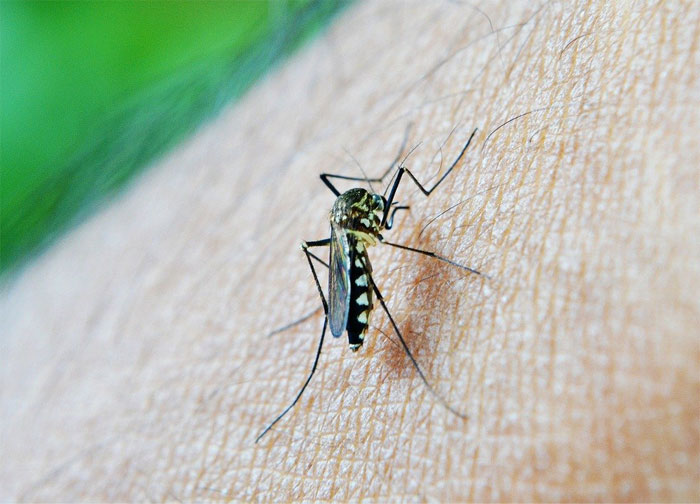 Even though there are over 1,300 types of insects in Iceland, there are no mosquitoes due to the rapid and unexpected temperature changes that negatively affect their life cycle. 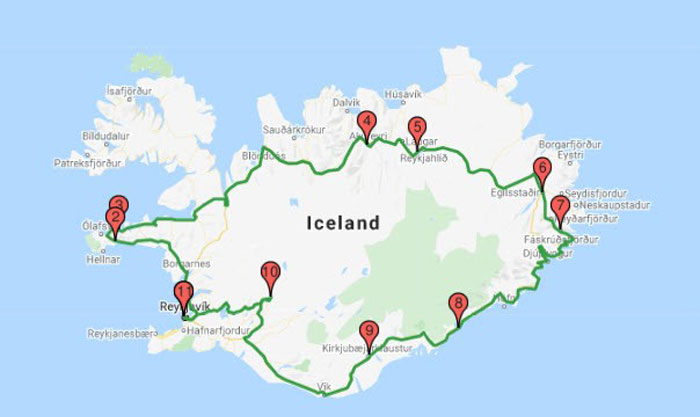 The Ring Road is Iceland stretches for 1332 km (828 mi), and goes all the way around the island, only leaving out the Westfjords and the Snæfellsnes Peninsula. And even though you can drive around the country in under 24 hours (assuming you don’t stop anywhere), tour guides recommend taking at least a week to enjoy all of the beautiful views that Iceland has to offer. 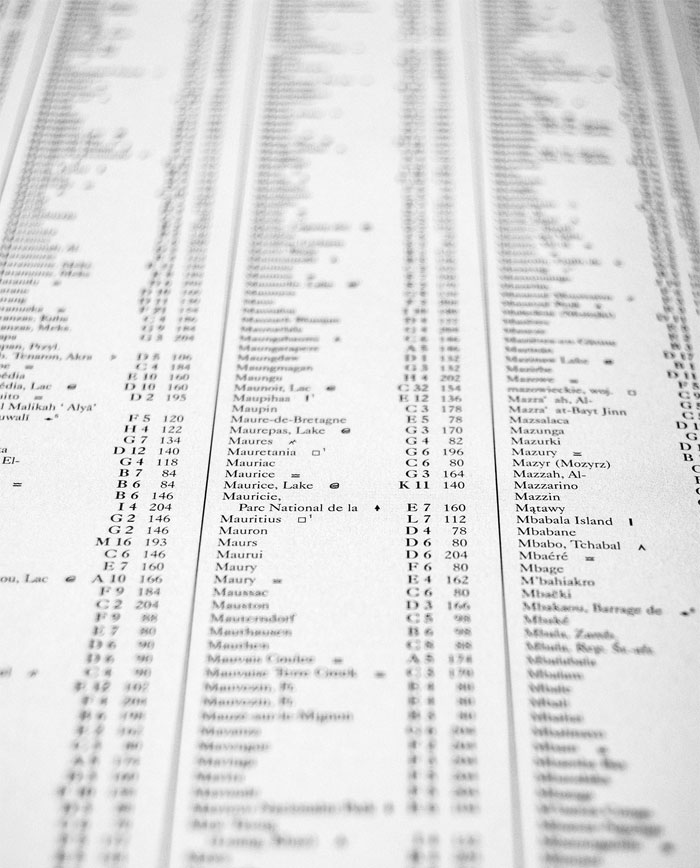 Back in 1991, the country formed the Icelandic Naming Committee – a committee that regulates the naming process of newborn children. The committee created a list of approved names, that consists of 1,712 male and 1,853 female names. However, if the parents want to give their child a name that is not on the list, they can submit an approval form, and the name will be evaluated by the committee.