Animated characters are unique and mostly cute onscreen but after seeing how they‘d look in real life, we prefer that they stay inside the TV box. Some of them you would still like to meet, others will be the biggest “nope” you’ve seen today. So continue scrolling at your own risk. 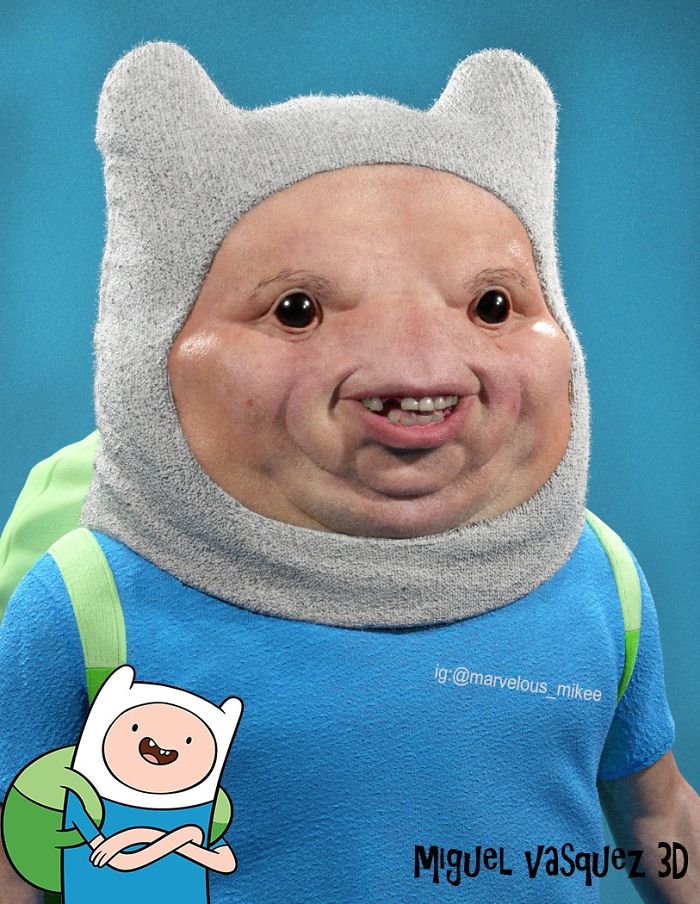 You might think it would be cool if your favorite cartoon characters stepped out from the screen, you could meet them in person and perhaps even become best friends but you would instantly regret this decision after you see what we’ve prepared. Miguel Vasquez is turning cartoon icons into realistic 3D figures of human scale and proportions while maintaining their characteristics which is both disturbing and weirdly amusing. As much as you love these characters in shows, these creepy renditions will change your perception forever and will probably affect your sleep tonight. 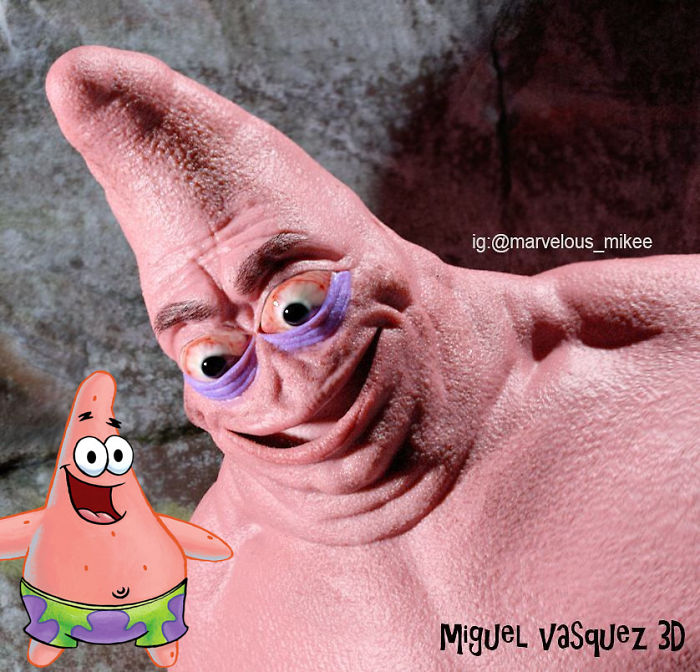 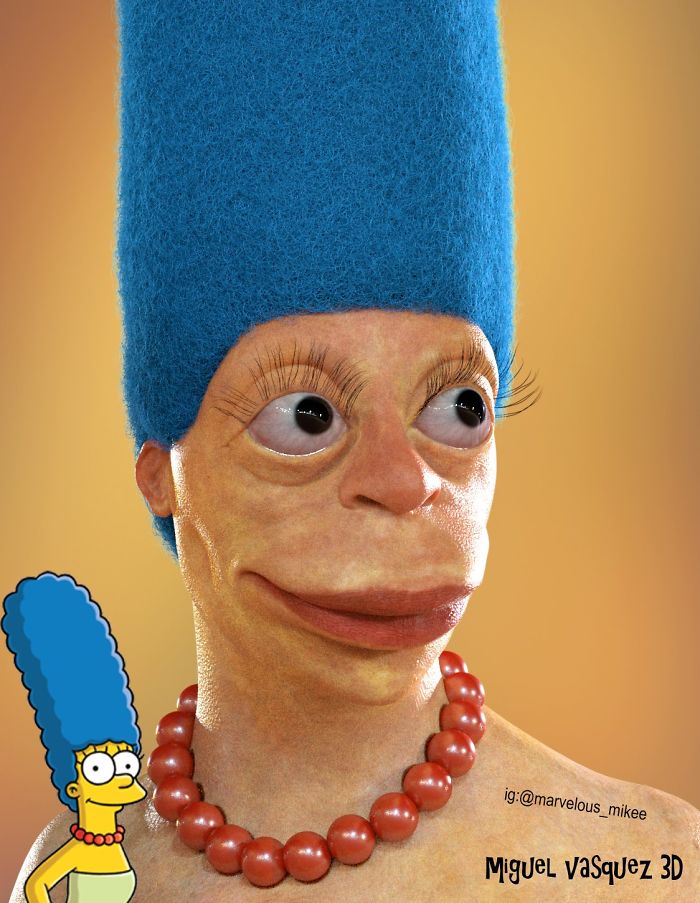 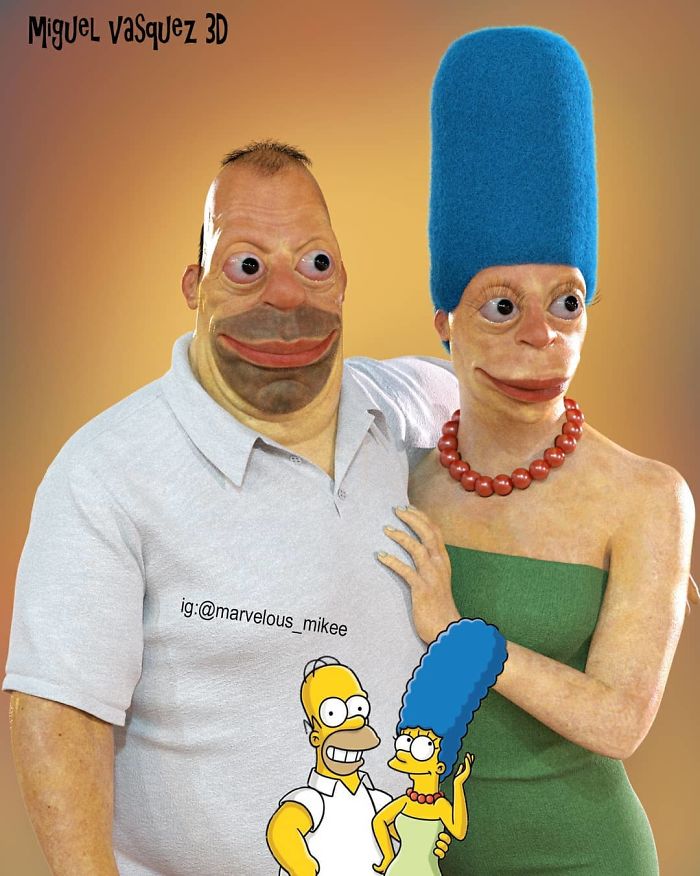 Bored Panda has previously featured Miguel’s artwork, some of which, specifically the terrifying duo of Spongebob and Patrick Star, have blown up newsfeeds and even made some users cancel the Internet for the day. “It’s so awesome seeing the reaction from fans and non fans alike who express their love and disappointment of my renditions. I’m honestly overwhelmed from the amount of attention it has garnered. What was a simple fun Saturday sketch turned out viral in such an instant,” – Miguel wrote on his Instagram post after the unexpected buzz about his work.

After going viral, the artist who is only in his early twenties, continued giving real-life treatment to our much-loved animation characters while giving both goosebumps to audiences and developing his skills to reach his dream of working for a major animation studio. 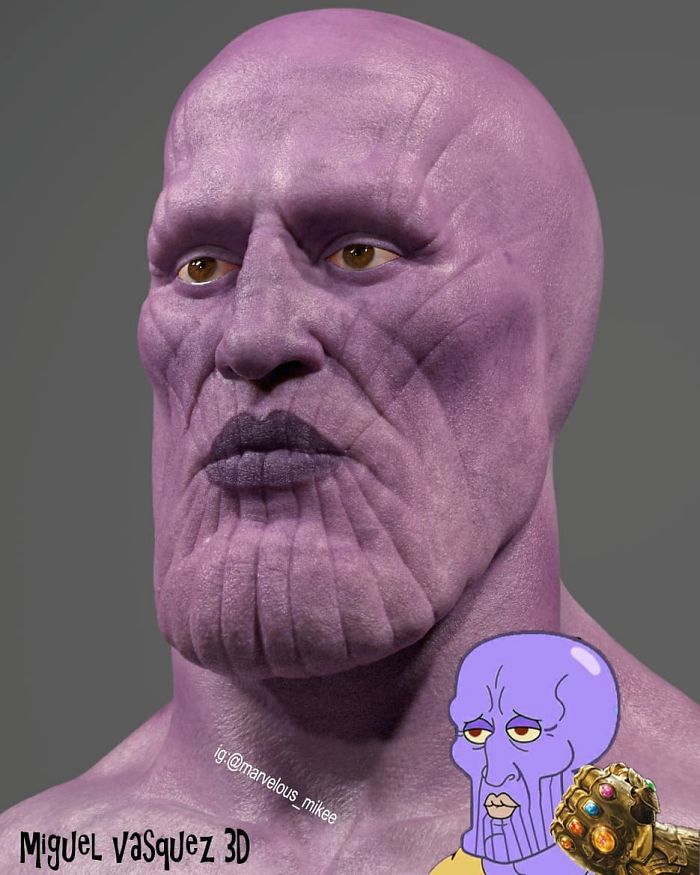 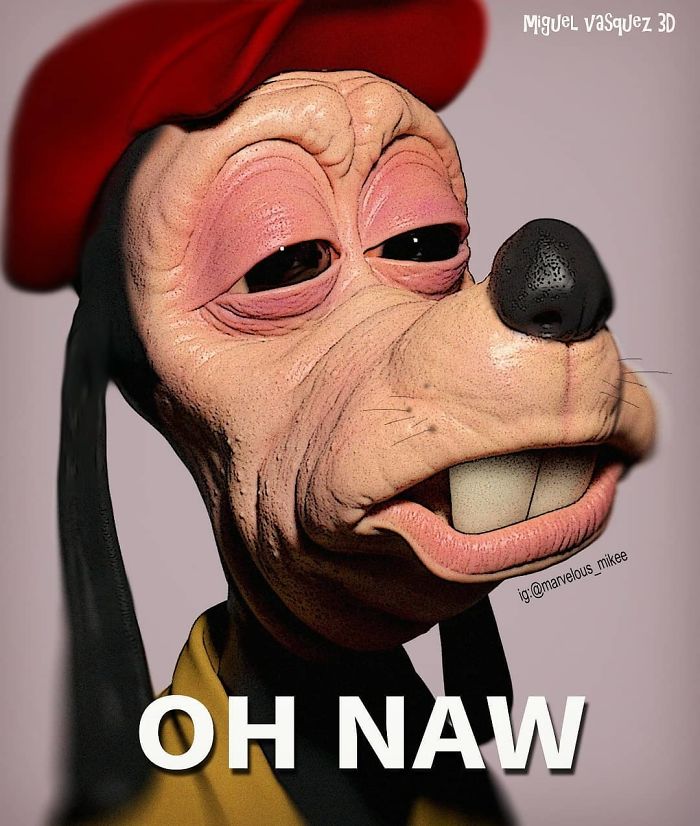 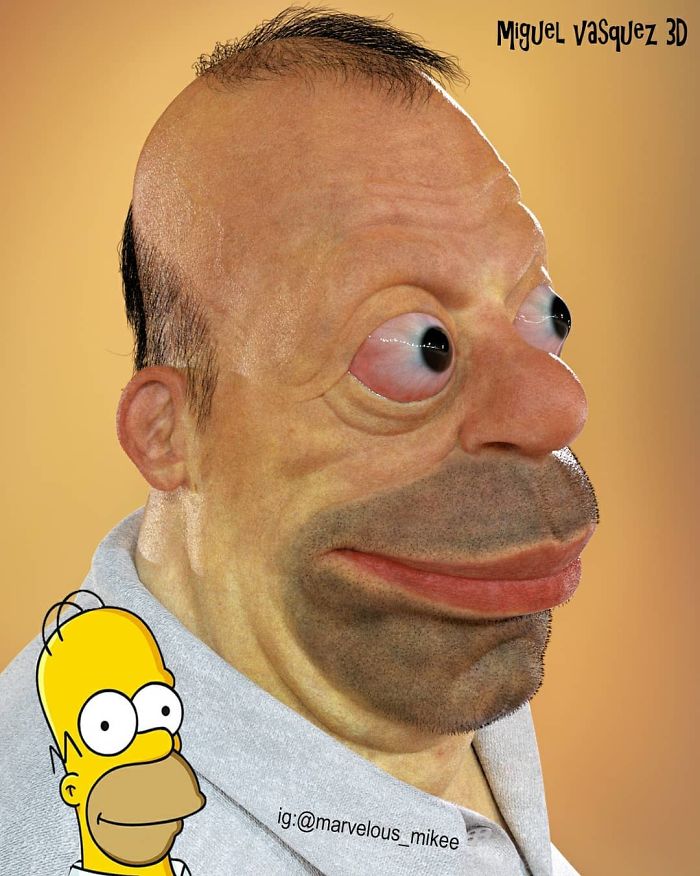 Miguel’s other works of nightmare fuel include some of our favorite childhood characters such as Courage the Cowardly Dog, Nigel Thornberry of “The Wild Thornberrys”, all three Eds of “Ed, Edd n Eddy”, Luigi of “Super Mario”, Jessica Rabbit, who you actually wouldn’t mind seeing in 3D, and many more. Most of the characters already have low-key odd designs in 2D, just think about the abnormal yellow rounded head of Homer Simpson, freakish Adventure Time’s crew, bizarre Spongebob Squarepants’ universe or Peppa Pig. It’s as if they are asking to be brought to life! He proportionally transitions characters from 2D to three dimensional reality spicing it up with outrageous expressions, fine details and utterly life-like eyes. Miguel’s creations not only require talent and mad skills but countless hours and extreme precision. One of his characters, Eddy from Cartoon Network’s “Ed, Edd n Eddy”, took over seven months to complete! 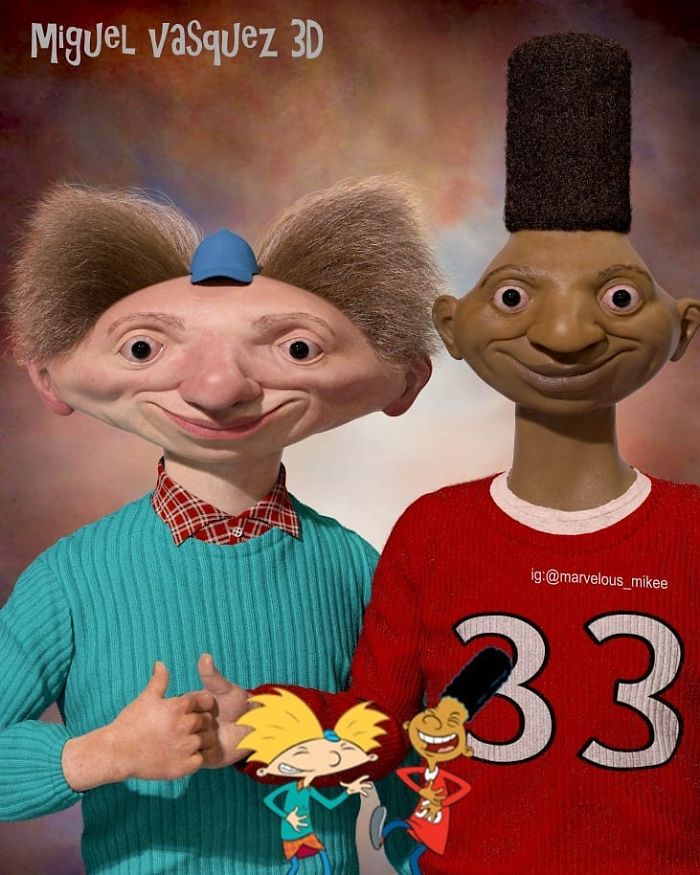 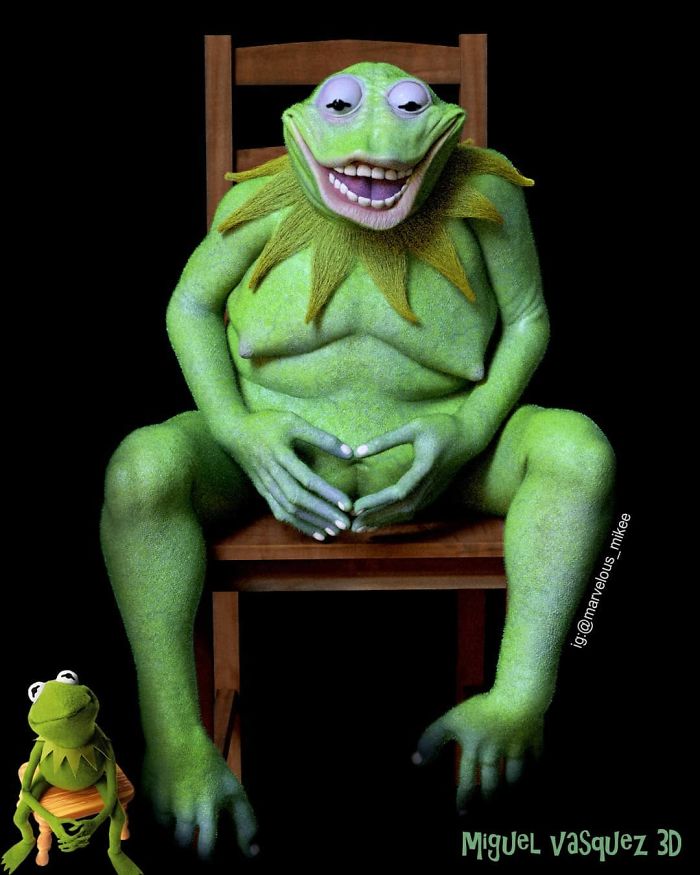 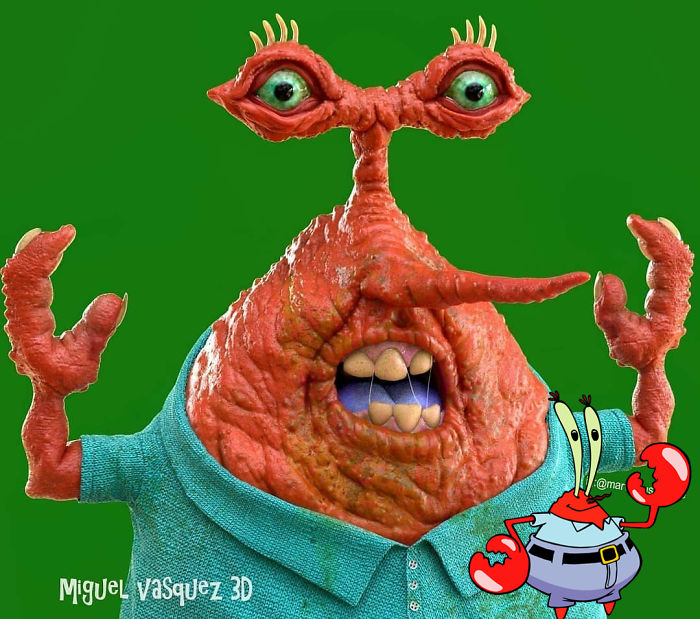 In 2018, fans were blessed with the artist’s collaboration with VTSS Creative Integration Co. which enabled him to bring the nightmarish versions of our favorite characters home. Vinyl figures of humanoid sea friends from “Spongebob Squarepants” have been limited to 500 worldwide and sold out. 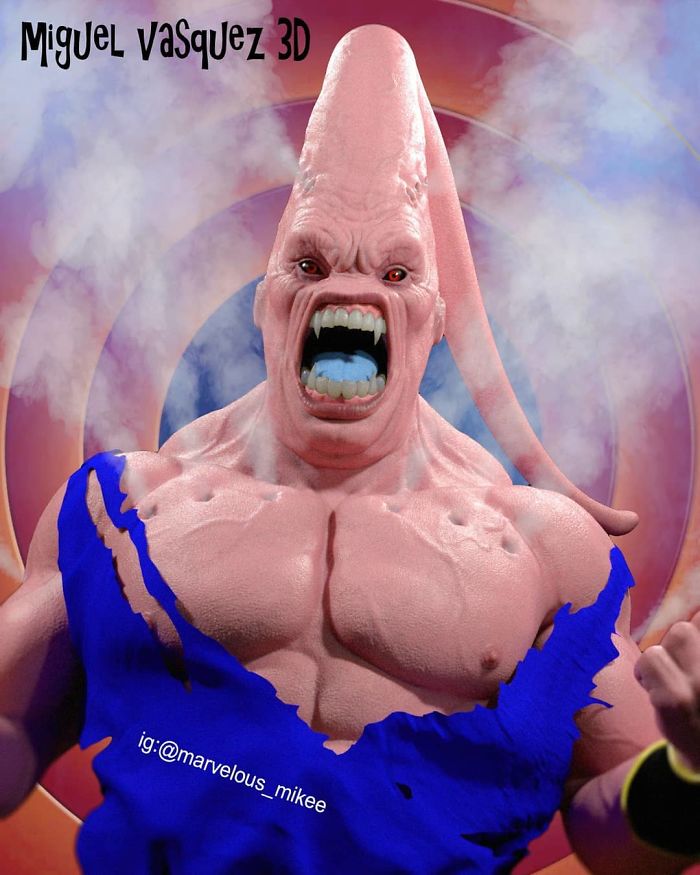 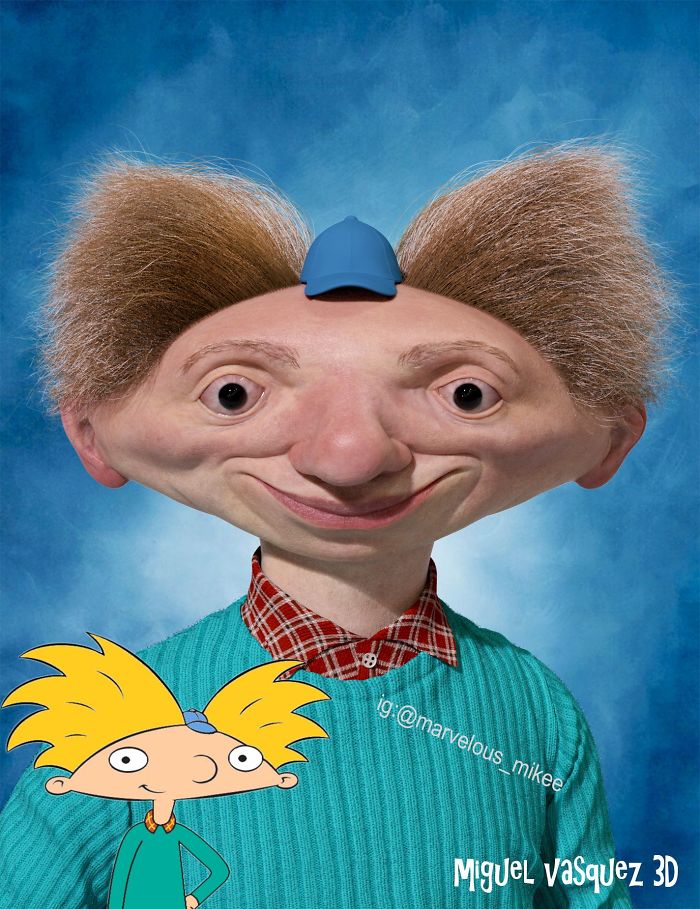 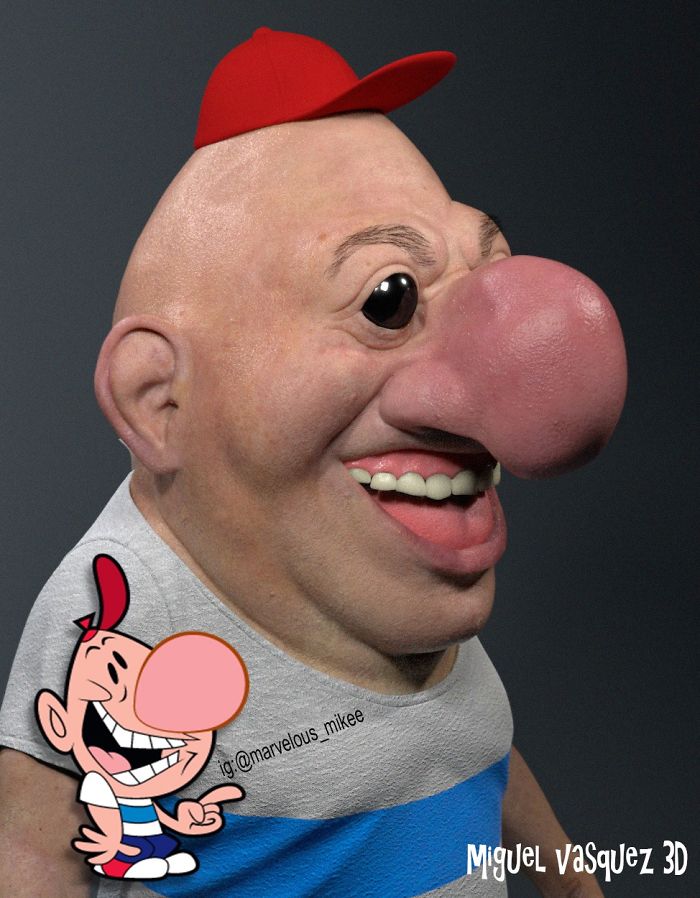 While referring to some of the most popular cartoons that we have grown up with and still have a soft spot for until today, Miguel’s creepy creations attracted close to 250k followers on Instagram, 90k on Facebook, and another over 100k followers on Twitter. The combination of ‘90s nostalgia and odd horror gives shivers as much as it intrigues. With the overwhelming number of fantastic old school and modern animated TV shows, seems like the inspiration is endless! And we can’t wait to see what creature haunts our dreams next. 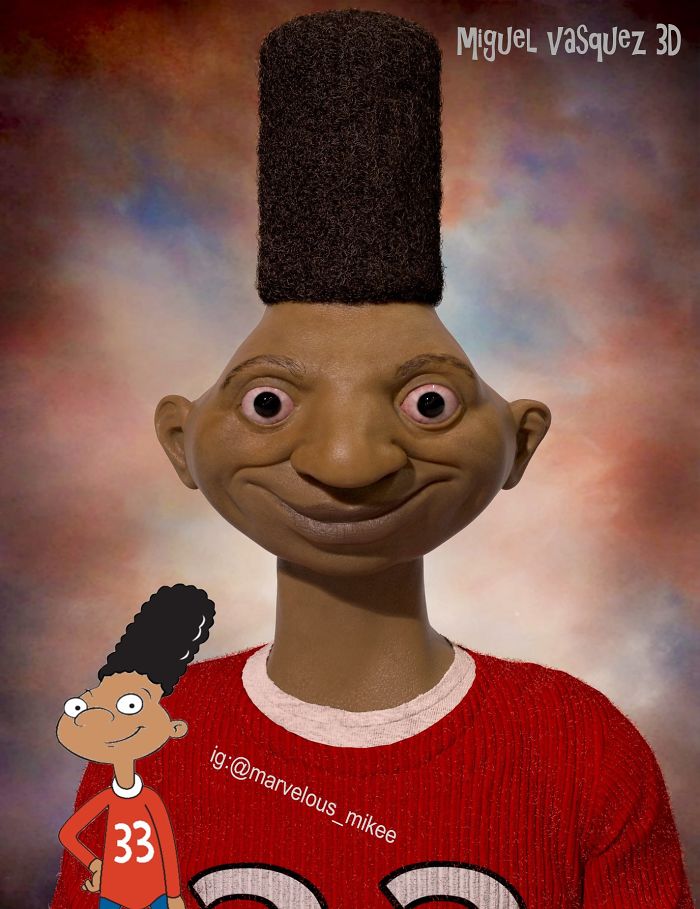 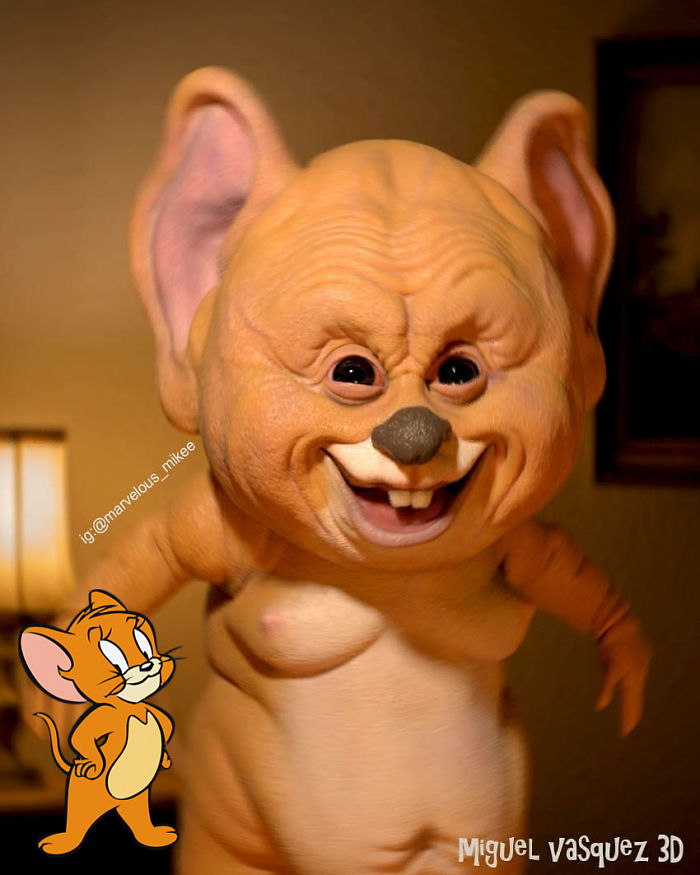 The realistic renditions give a sense of weirdness and creepiness but this is what makes them unique and unlike any artwork we’ve seen before. With the growing popularity of his work, people can’t help but express their emotions and that creates a wide spectrum of reactions on social media. Some people are fascinated with the 3D figures Miguel is creating and appreciate the disturbing realism, others are willing to defend their precious childhood memories. But the artist is not discouraged with mixed feedback as the shock factor was his intent from the very beginning. “When people say my 3D artwork is ugly, disgusting, and disturbing, but that was the plan along,” – Miguel writes on one of his Instagram posts. 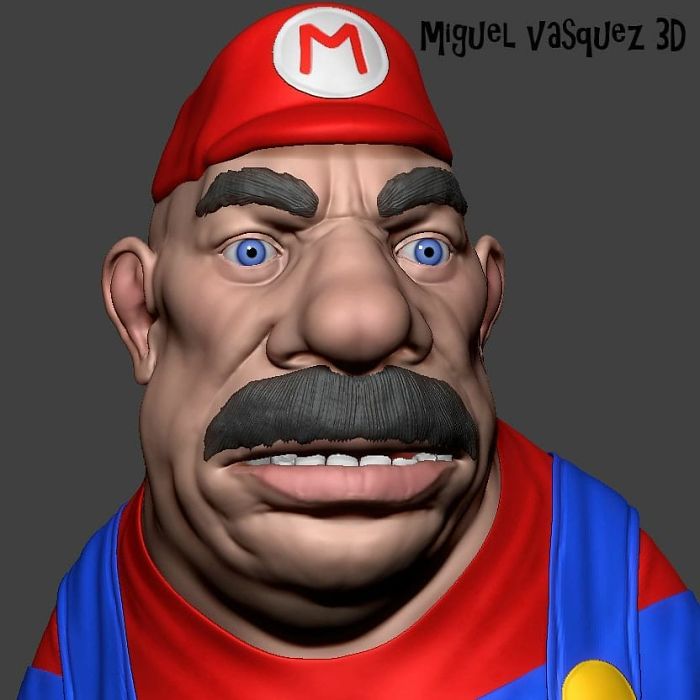