For some of us, time is ruthless, for others, it’s more merciful. But there is one thing that no one can escape (except Keanu Reeves, perhaps), and it’s aging.

Dutch graphic designer Ard Gelinck makes time travel possible with his next-level photoshopping skills – some of our favorite celebrities meet their younger versions in front of our very eyes. And it’s not a glitch in the matrix, Gelinck combines most recent and throwback pictures of well-known people from the entertainment world into a single photomontage. And although seeing these icons side by side hanging out with their younger selves might seem a little odd, we are all here for the nostalgic vibe. Do you feel old yet? 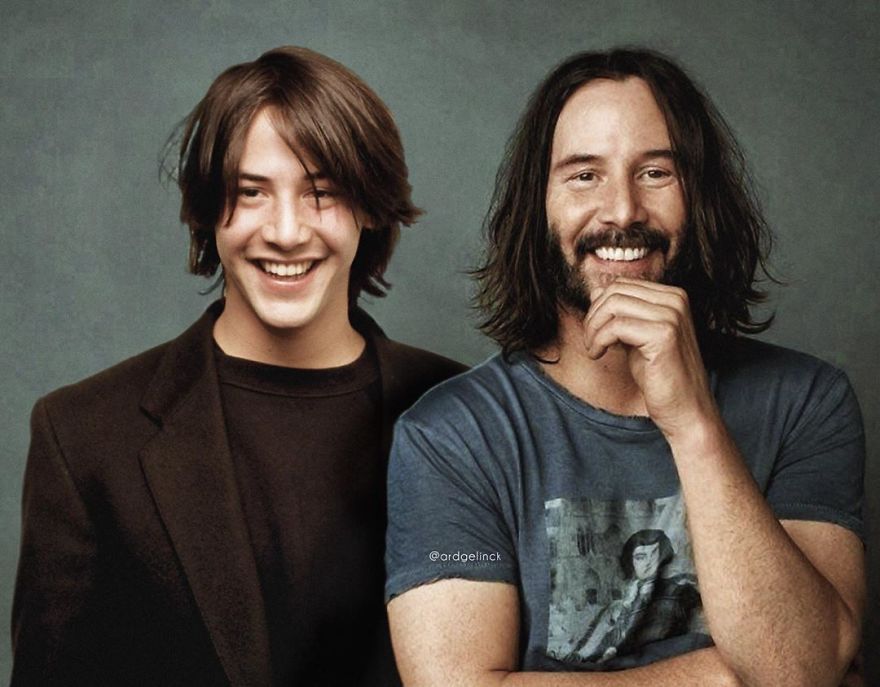 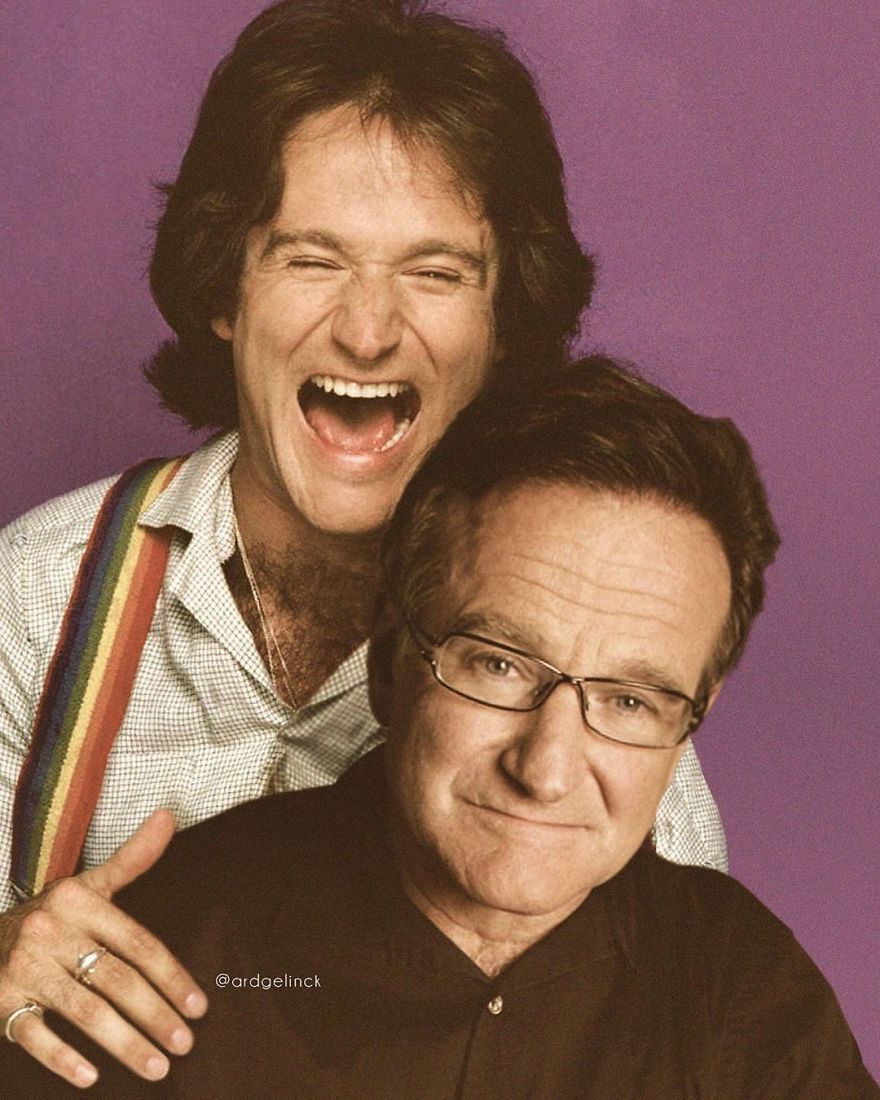 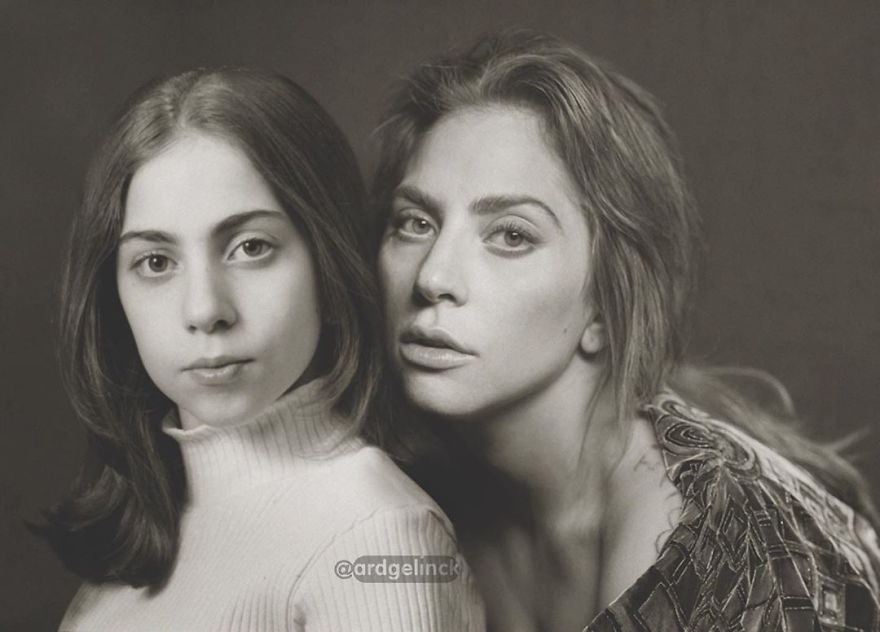 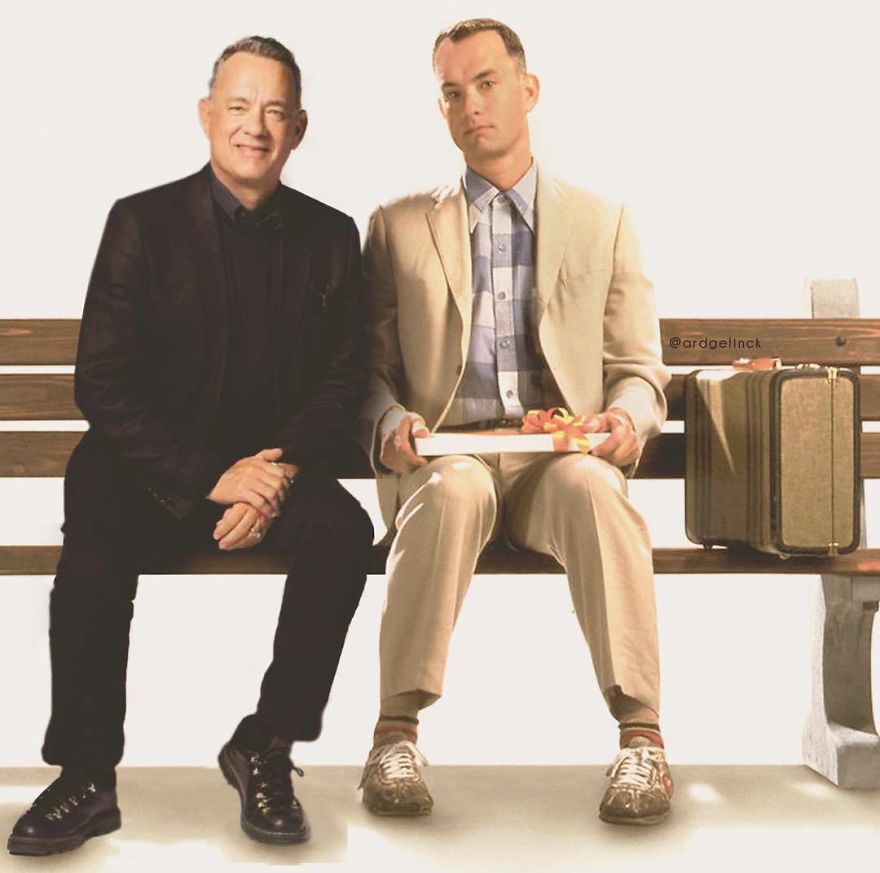 Ard Gelinck’s masterful use of Photoshop takes the usual before-and-after comparisons to another level and, in some cases, makes us look twice. The careful matching of colors, lighting, tones, and scale makes the portraits look seamlessly blended although most of the photos combined are decades apart. The artist puts his subjects in a realistic environment where they interact as if two lookalikes or relatives had just met to catch up, except those two people are the exact same person. 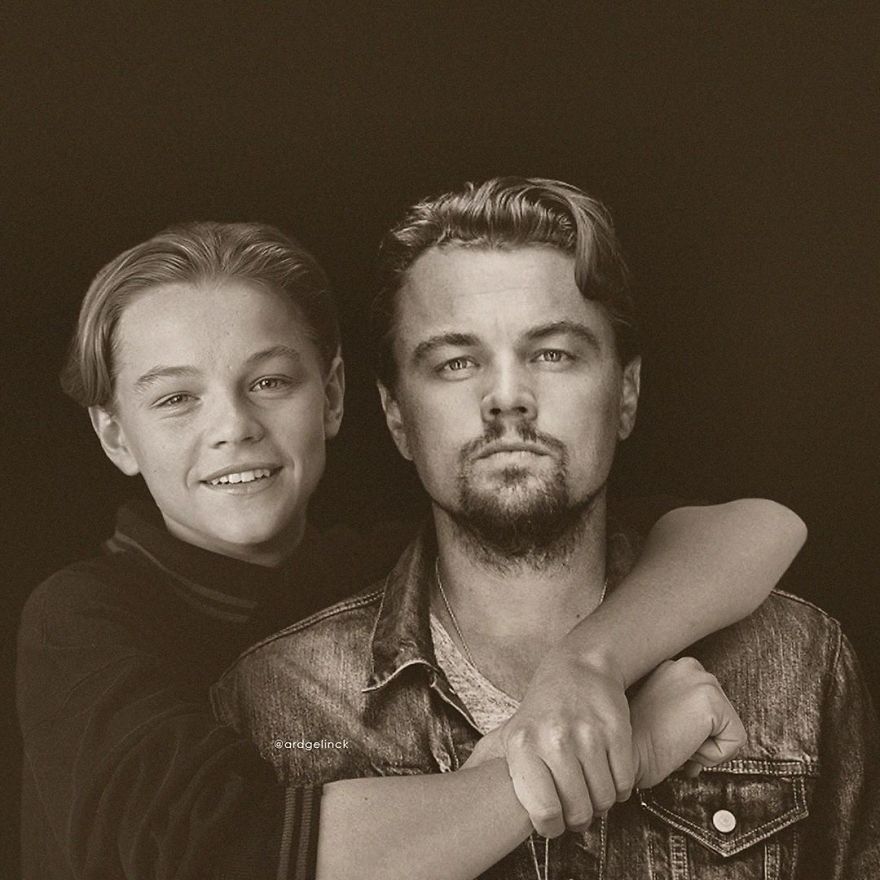 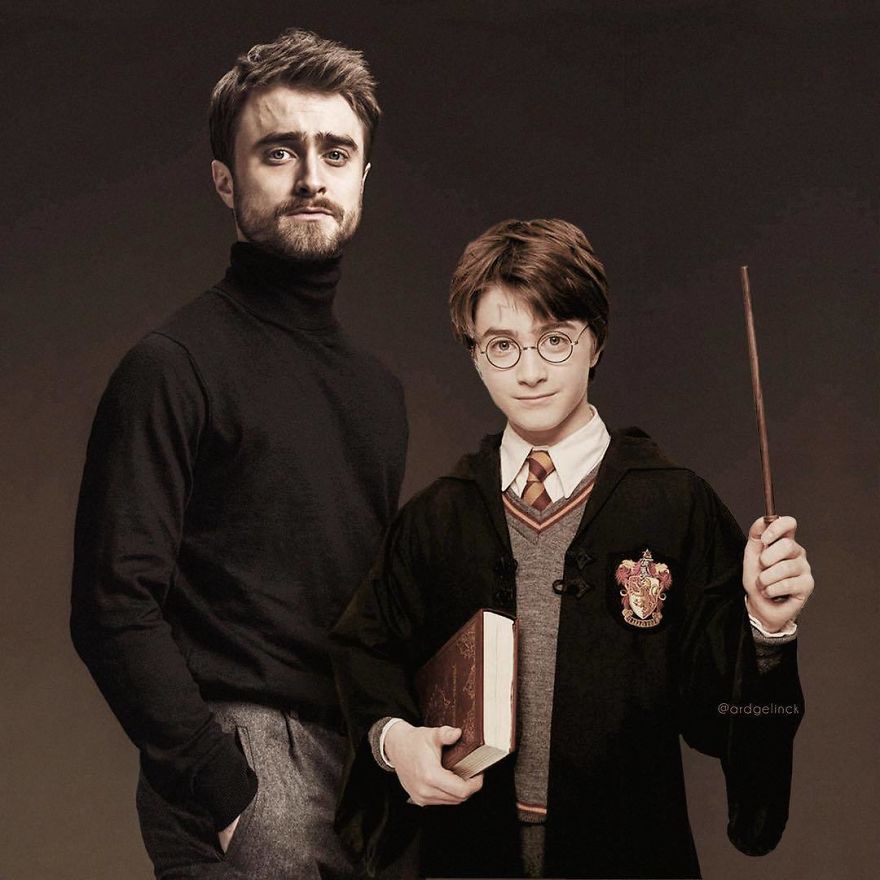 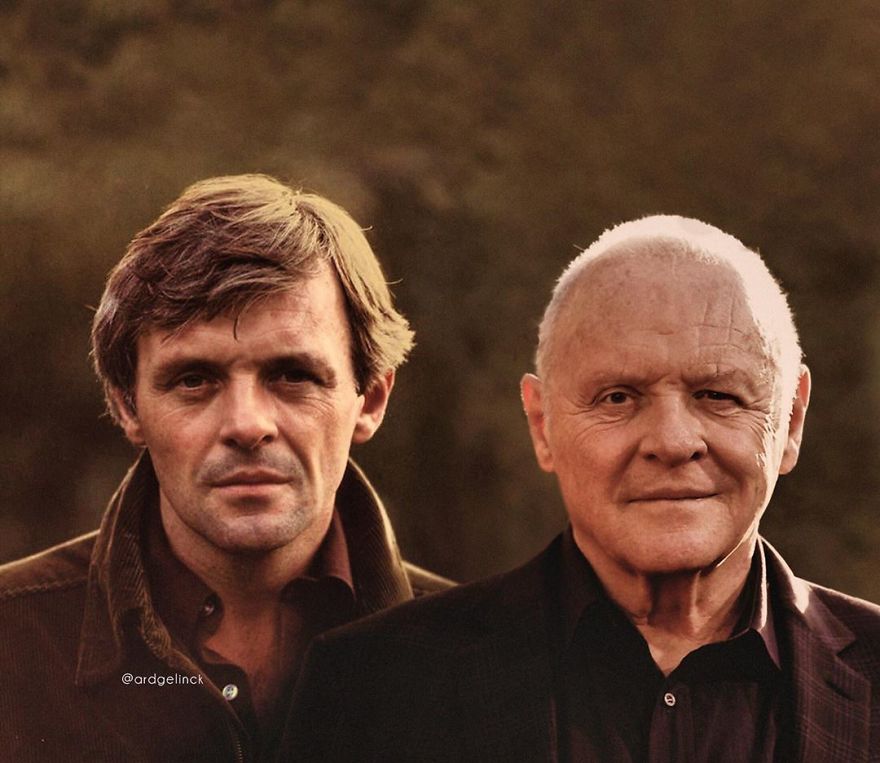 Aside from his innovative approach and undeniable editing powers, Gelinck’s work covers what the internet loves the most: seeing celebrities age. Whether growing up on screen or stage, it makes your life and appearance, in particular, food for discussion. Being as classy as they are, most celebrities have aged gracefully like a fine wine; others seem immortal to the point that it‘s difficult to tell which one is a younger version. 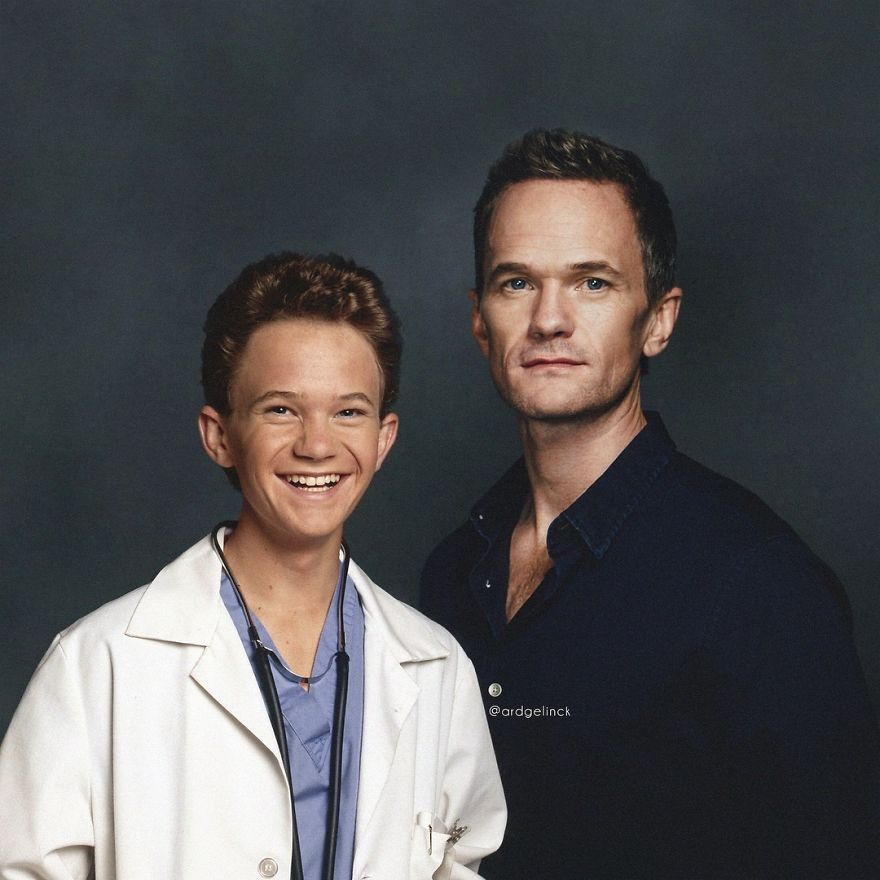 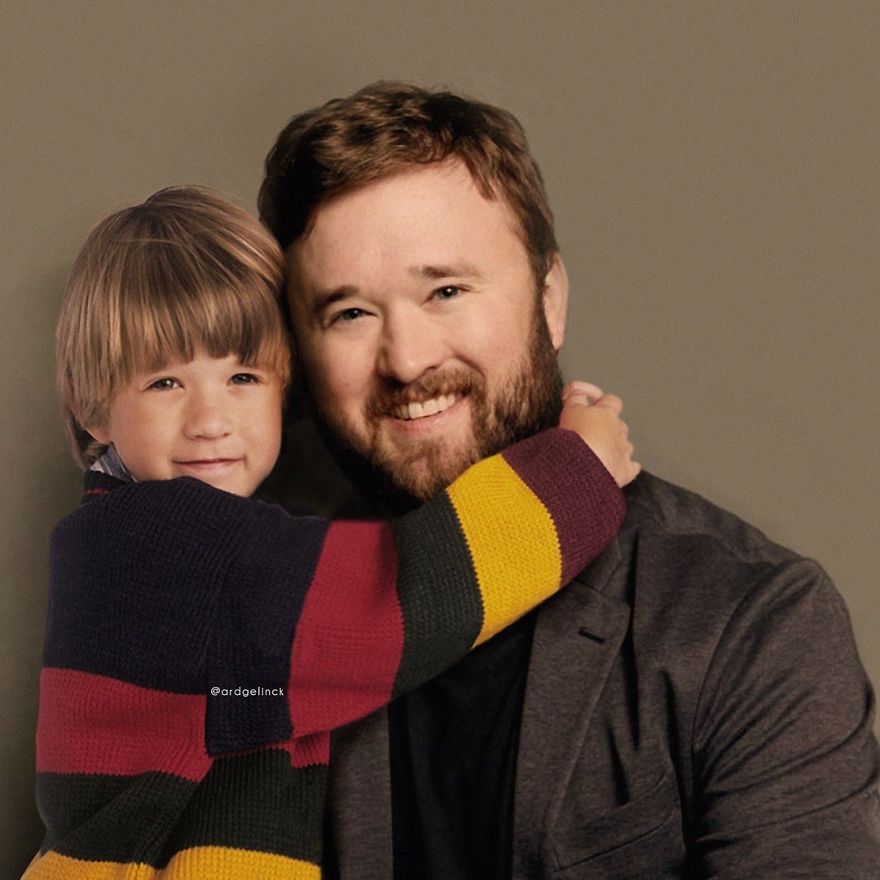 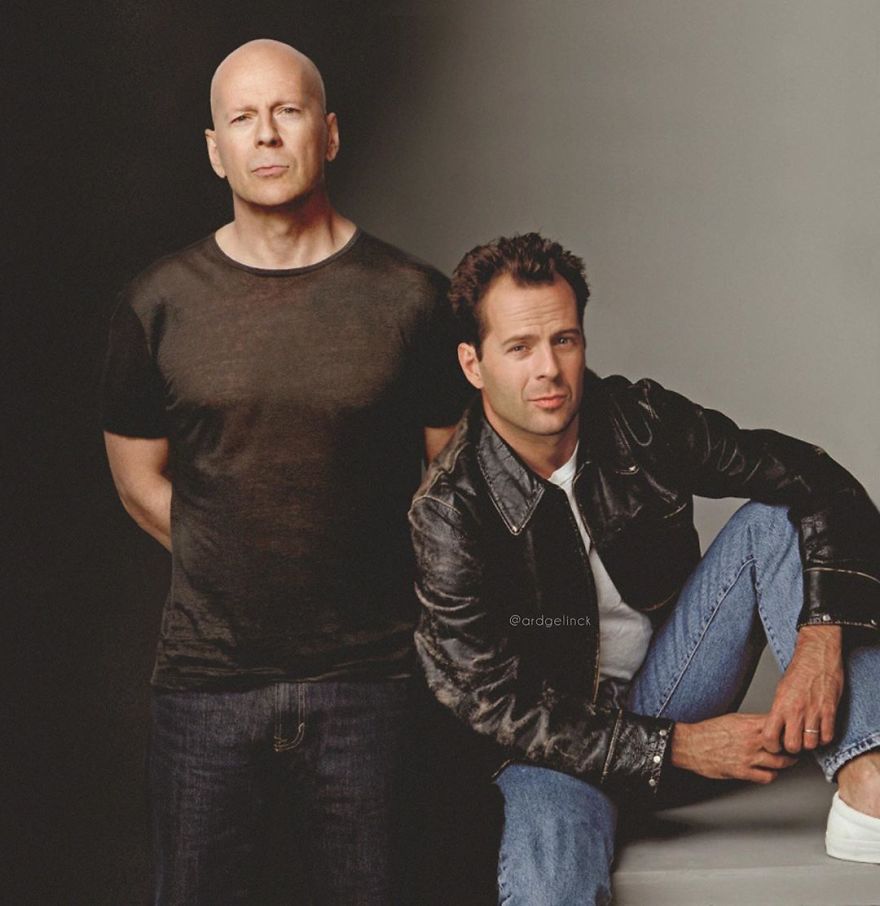 Ard Gelinck has found a niche combining famous people with their much younger selves showcasing their transformations over time. This simple yet clever idea and flawless implementation are entertaining hundreds of thousands of people every day. The artist has 184k followers on his Instagram account and still counting. “I was pleasantly surprised when it was picked up by various media worldwide at the start of this year. And indeed, I got a lot of followers. And still counting. Very nice. Nice to see that you can entertain people and show something that makes them laugh and think,” Ard Gelinck shared his success story. 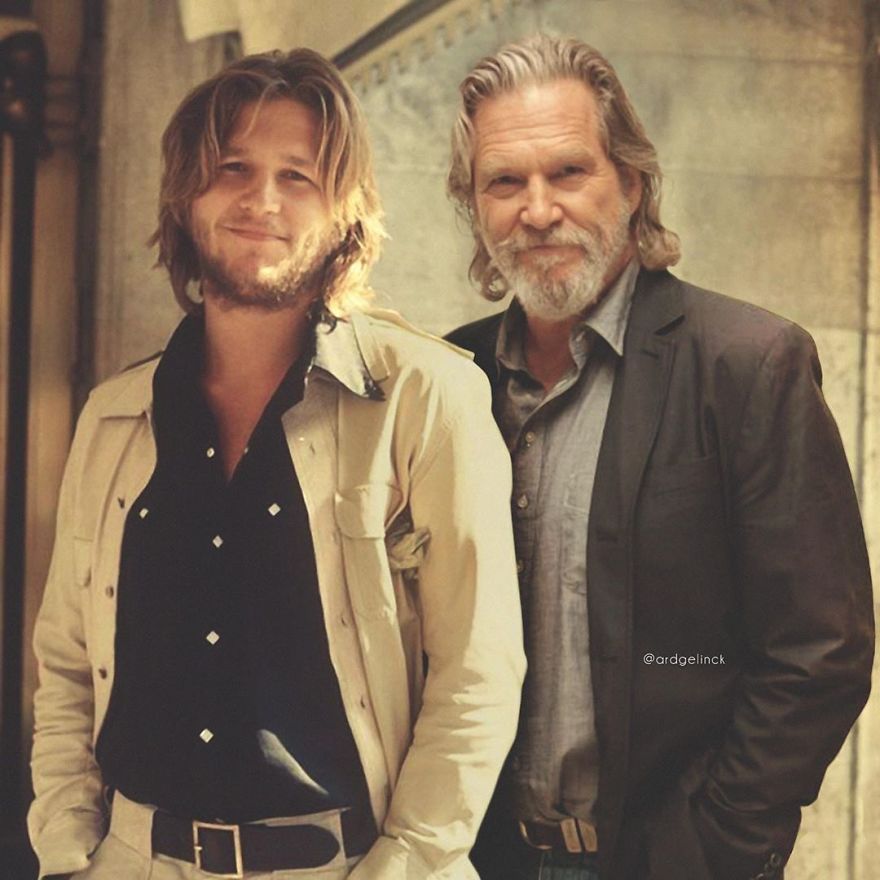 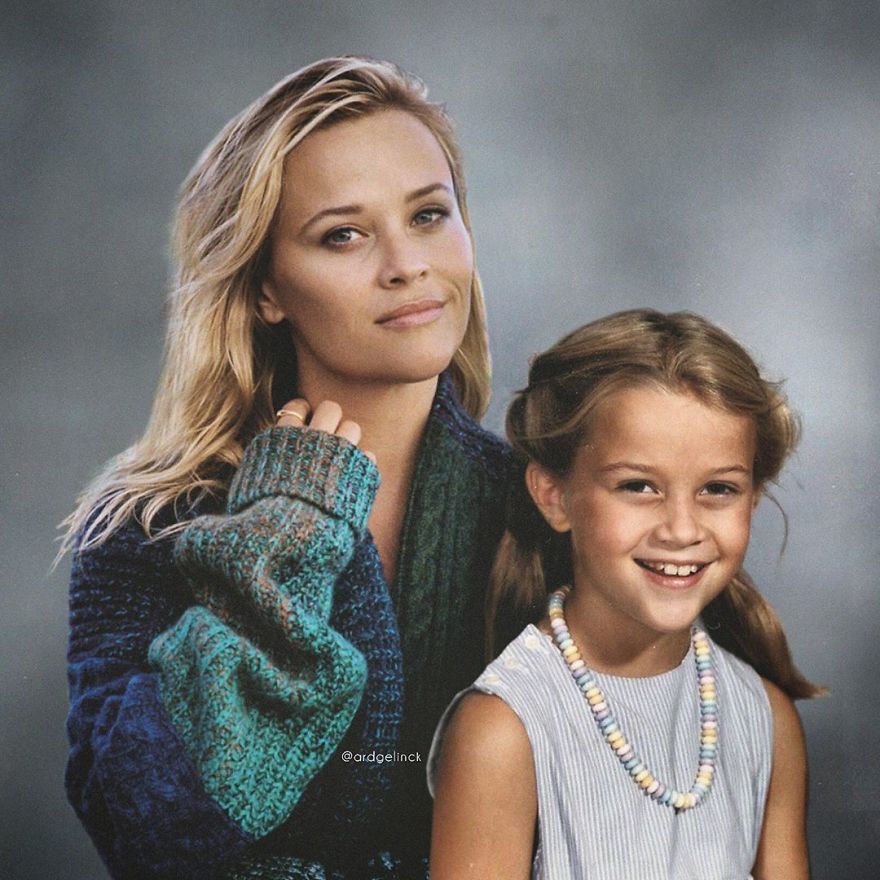 Since 2017, he has created hundreds of captivating photo manipulations that take from 1 to 4 hours to complete, but he “still enjoys it”. The artist has photoshopped many celebrities as if they are posing with themselves in their younger years, such as Madonna, Daniel Radcliffe, Dwayne Johnson, Keanu Reeves, Johnny Depp, Jennifer Aniston, Tom Hanks, just to name a few. “The ideas suddenly come up and the celebrities that I choose are often random. Sometimes an extra when I know when it is someone’s birthday, for example,” the artist said. Looking at these celebrity transformations throughout the years doesn’t only allow us to compare how people age, it triggers memories of our favorite film, TV and music personalities that are no longer among us, we can’t help remembering our own past and looking at our changes, too. 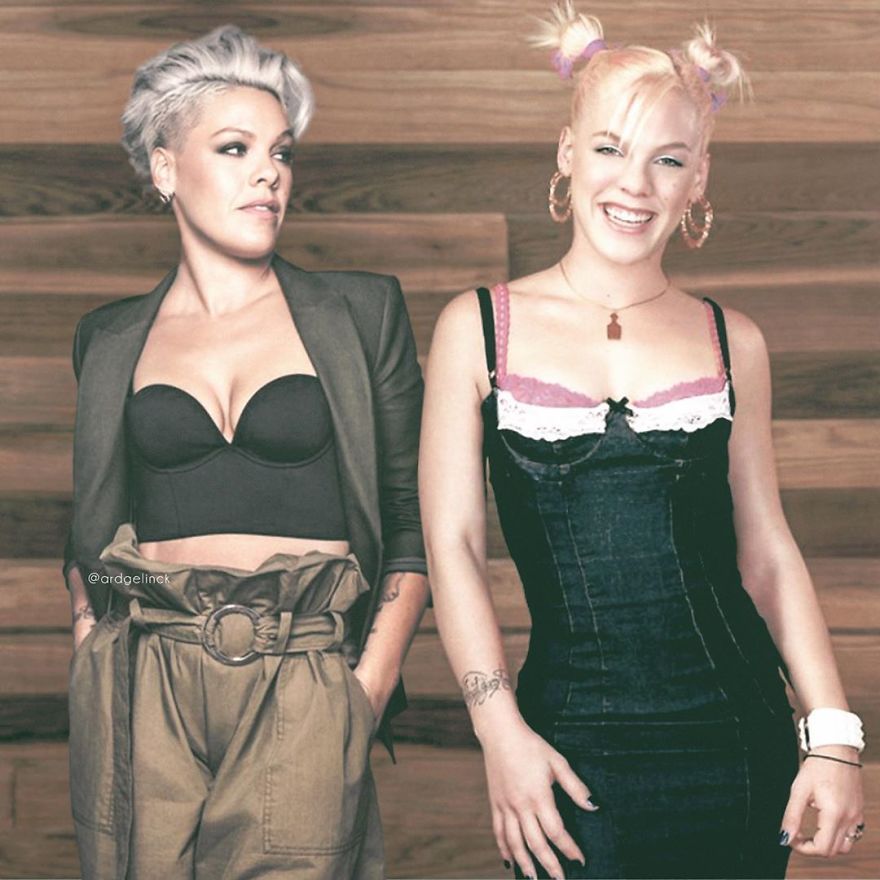 Gelinck’s unique artwork didn’t go unnoticed by the celebrities portrayed in the collages proving it’s the next coolest thing. Impressed by the result, famous people took these edits to their social media, thus attracting even more attention. Among those people were Madonna, Tina Turner, Annie Lennox, Jason Priestley, Ricky Gervais, Robbie Williams, Sylvester Stallone, Michael Douglas, Keshia Knight Puliam, BeeGees, Rob Lowe, Lionel Richie, and many others. Even Gelinck seems humbled about his outstanding achievements, facts speak for themselves – if you are reposted by the biggest names in the industry, you must be doing something right!“I sometimes think what will happen if Jimmy Fallon, Ellen DeGeneres or Kim Kardashian sees and posts my work,” said the artist. 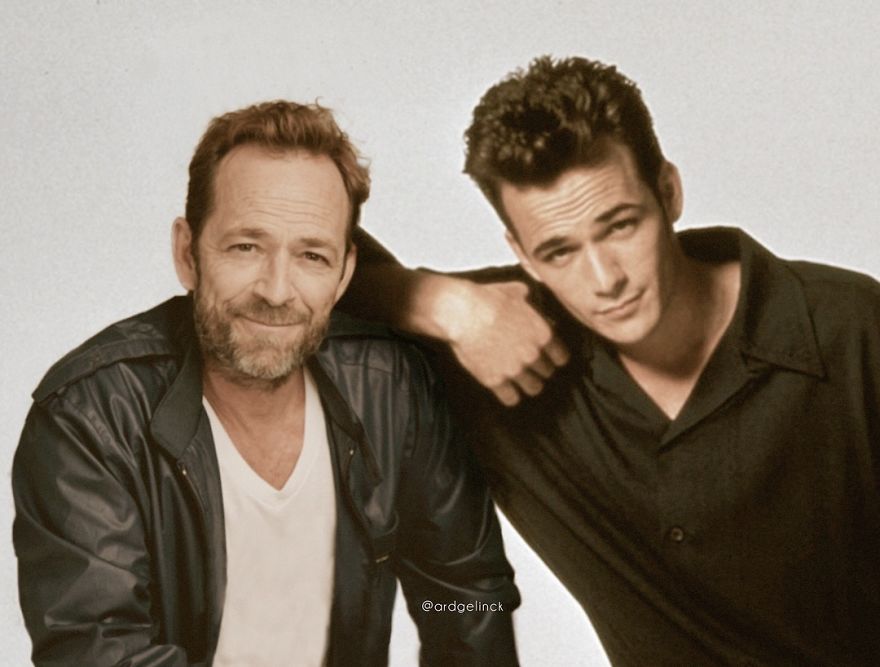 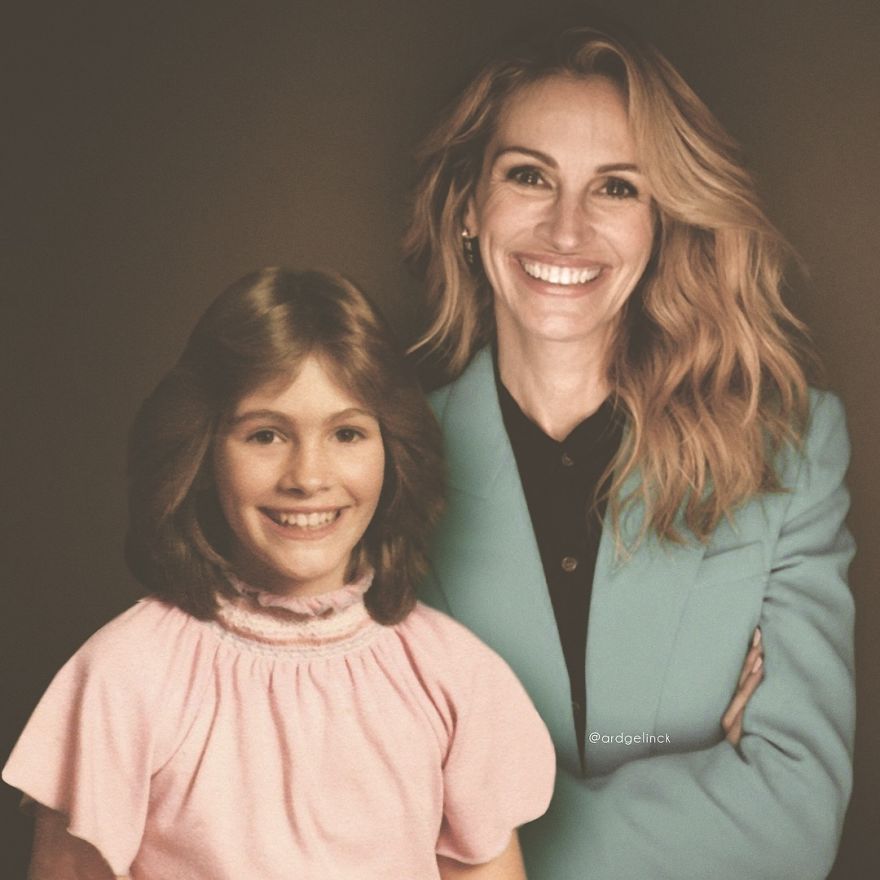 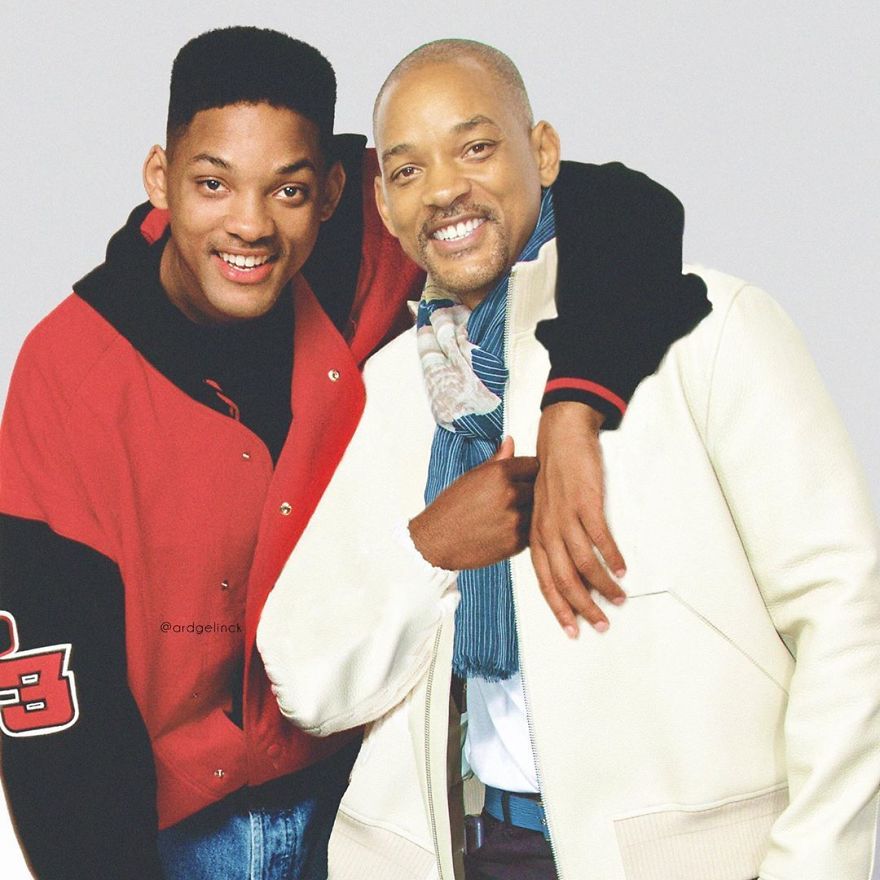 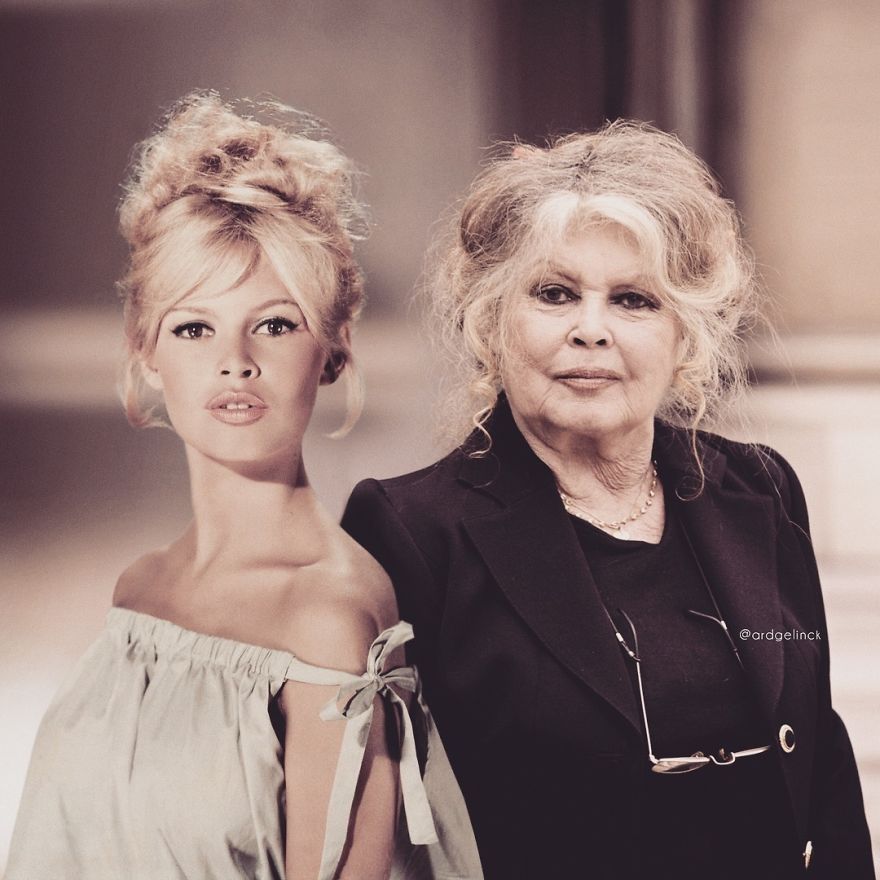 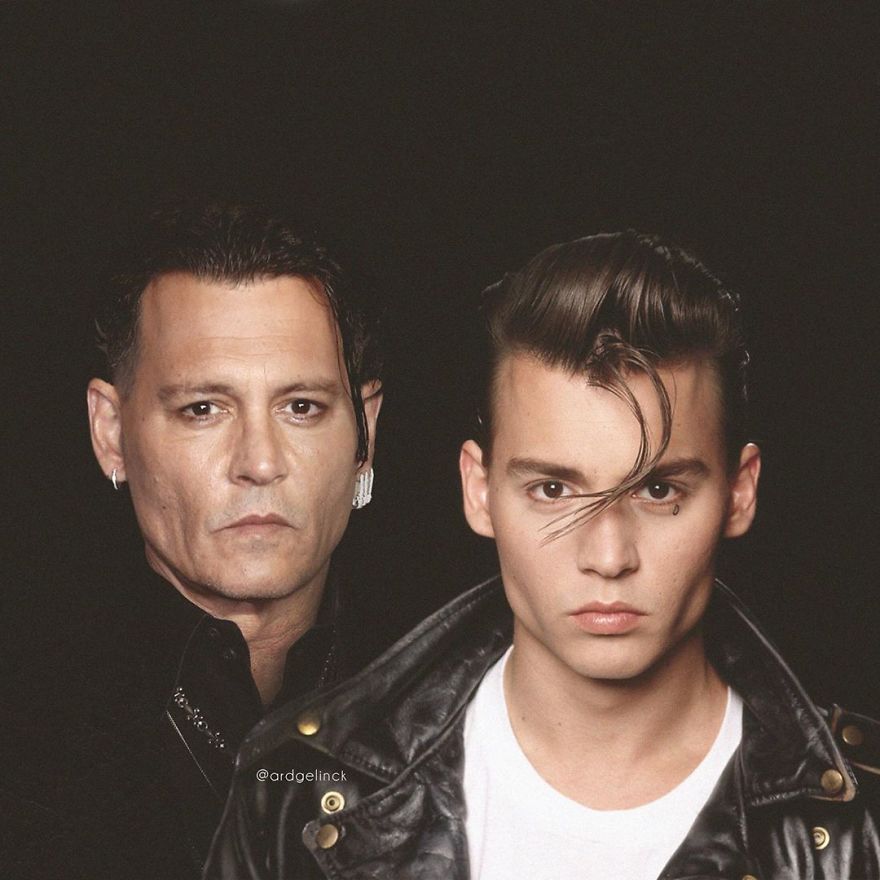 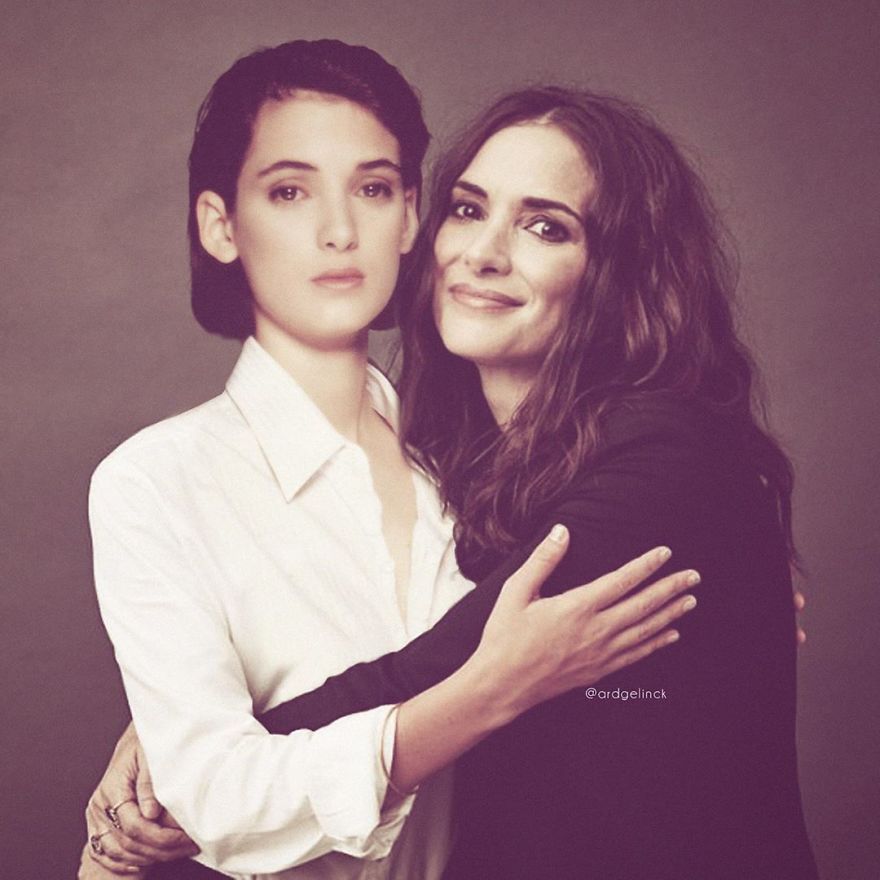 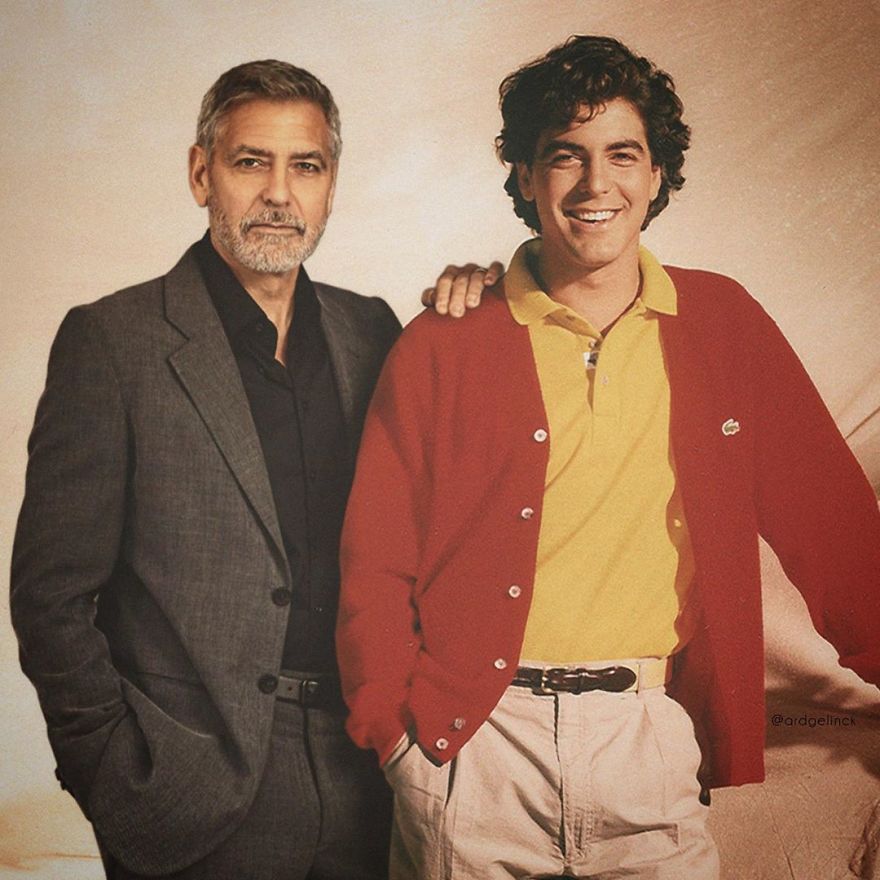 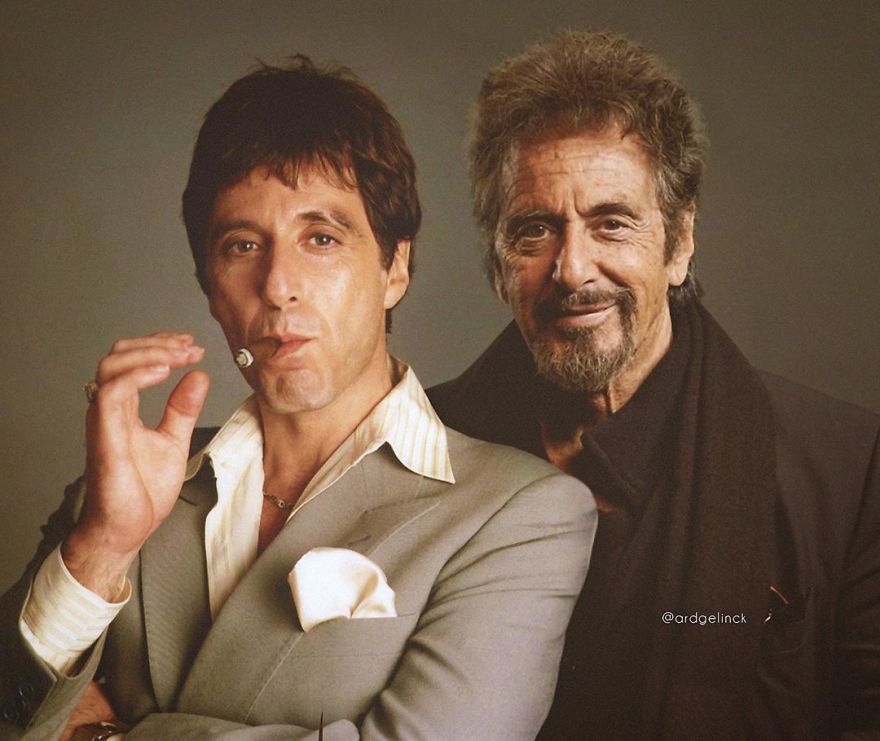 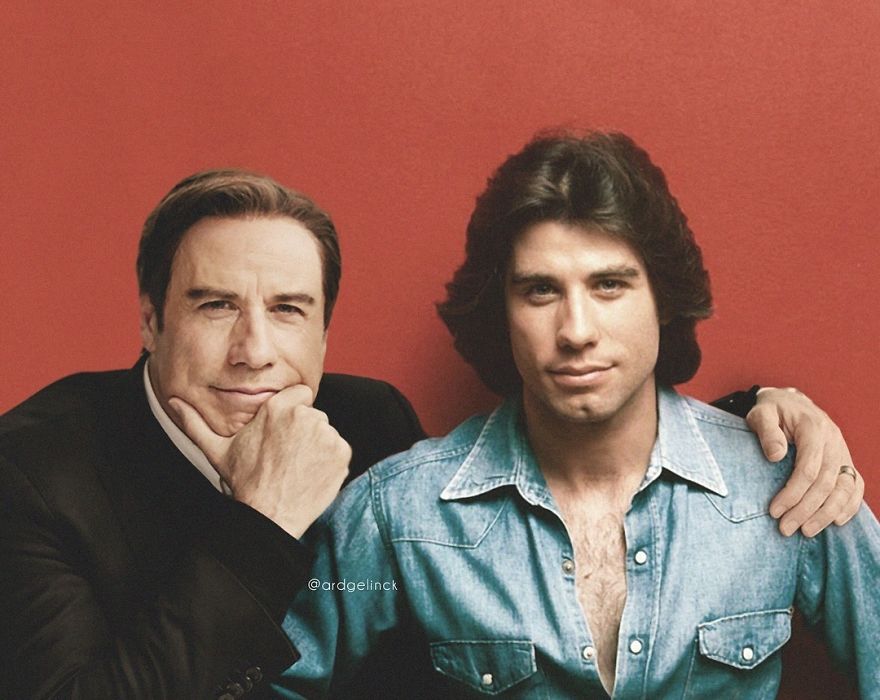