Home » 30+ Hilarious Gravestones Of People Who Got The Last Laugh 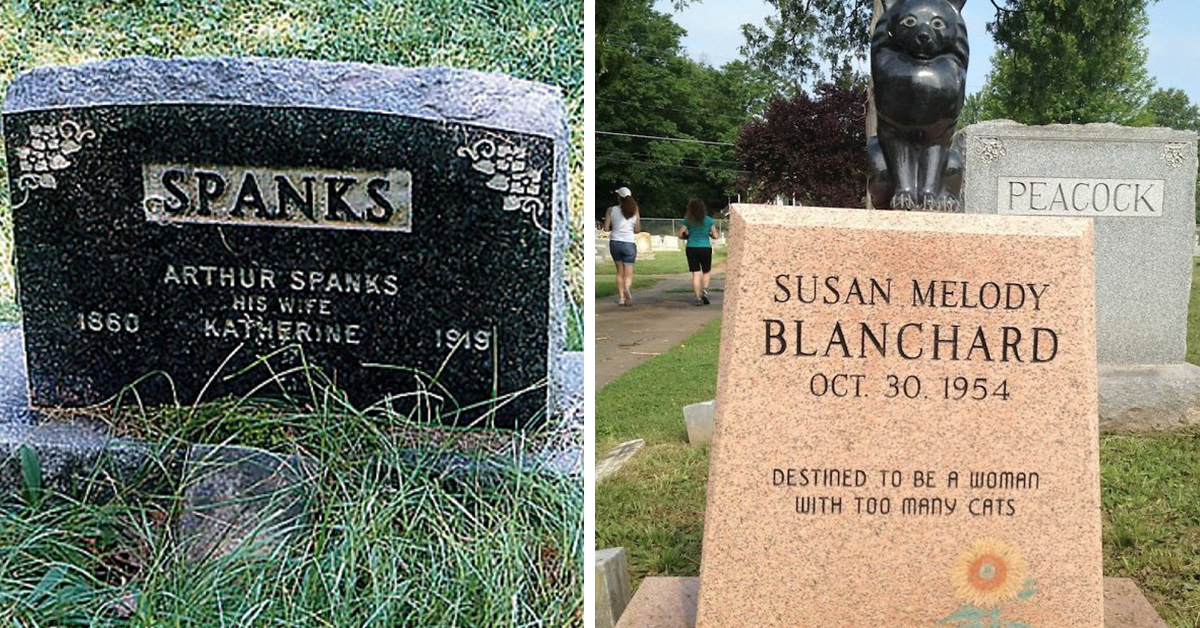 There are only two sure things in this life; Death, and Taxes. I know that may sound miserable as heck, but just because it sounds it doesn’t mean it has to be! There’s always time for laughter, even long after you’ve shuffled off of this mortal coil… and all these people below PROVE it!

Don’t believe me? Well have a scroll down and check it out for yourself!

Ah Joan Hackett, my spirit animal. Maybe she wasn’t a fan of visitors or maybe she was just a huge fan of sleeping, all I can say is… well, I hope this one actually is a joke, or Joan will be getting a pretty nasty surprise when she eventually wakes up.

As much as I like sleep, I’m definitely not this committed to it. 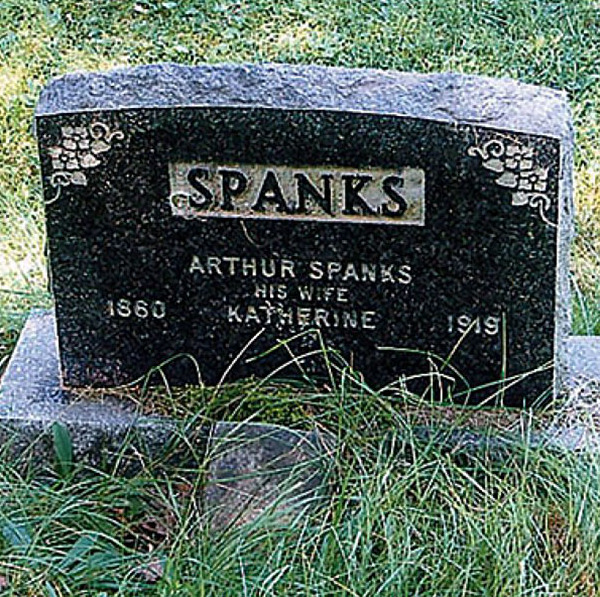 And now I am cursing the universe for not placing me in the Spanks family tree. Not 100% sure if this was done on purpose or if the family was so overcome with grief that they didn’t think it through properly… but I am 100& sure that either way, it is hilarious.

Whatever Arthur and his wife got up to behind closed doors is their own business! 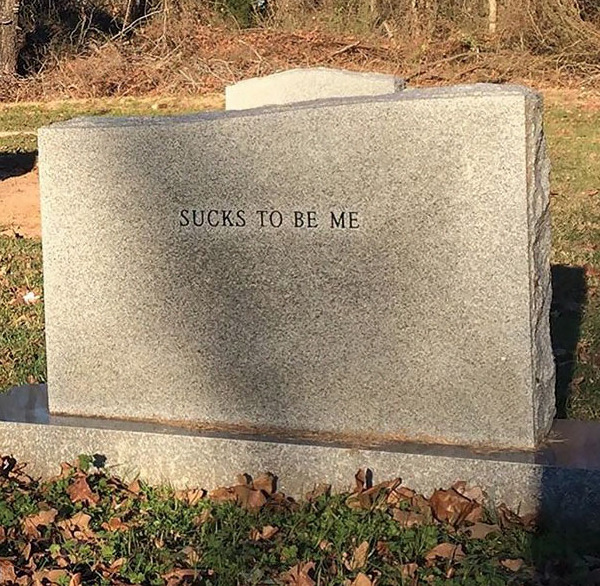 This one is short, simple and straight to the point, and that’s why I love it! Although, at this point in time I’m not sure who it sucks to be more – this guy, or the people who still have to live in this current world.

Sorry I got a bit gloomy there. Give me a pass, it is Monday after all… 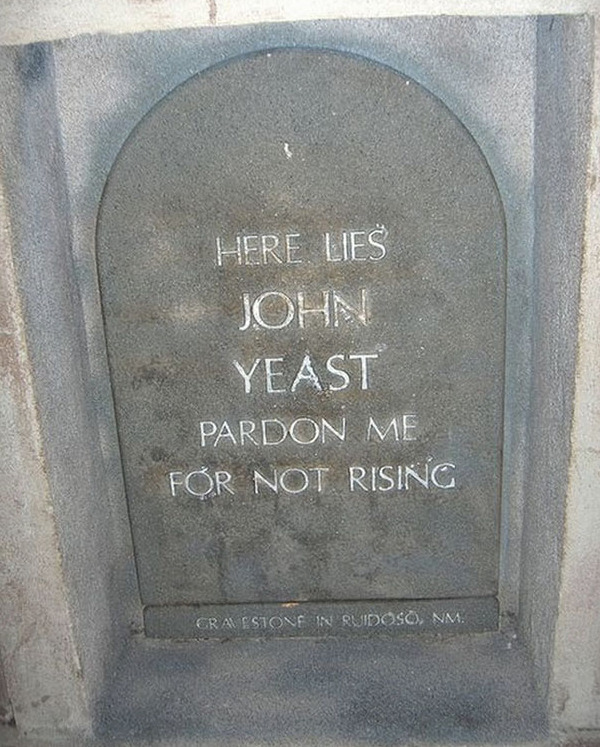 Here’s another case of someone embracing their amusing surname, and riding the joke into the afterlife. John, God rest his soul, saw the opportunity and he took it with both hands, and I am so so glad he did. Greatest pun I have ever seen on a gravestone, period.

In other news, I have a sudden and strong urge for fresh-baked bread. 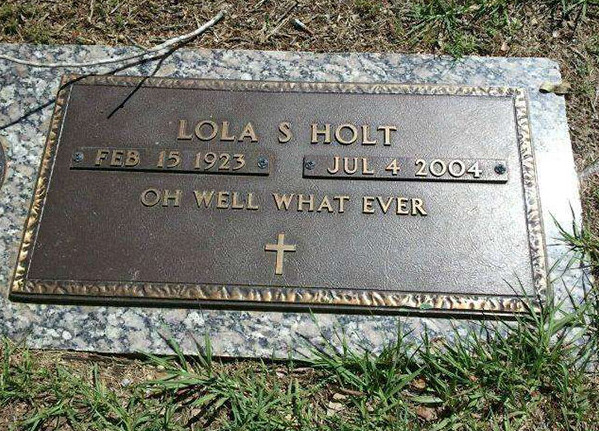 I think I would have liked Lola. She seems as laid back in death as she probably was in life. As the old saying goes; Que sera, sera!

Come to think of it… weren’t those Nirvana lyrics? Maybe she was a fan… 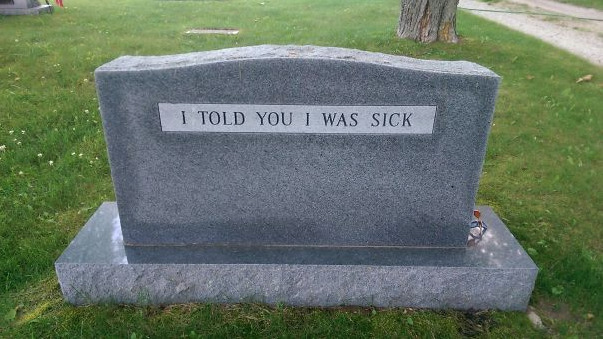 I gotta tell you, folks, I am 100% here for this level of pettiness. I only hope that one day I can get my petty-a*s self to this level… MAJESTIC!

This was rumored to be the inscription on the grave of Spike Milligan, but that turned out not to be true. However, someone decided to go with it, and I’m so glad they did. Who says death means you have to lose your sense of humor?

This can’t be real, can it?! If it is, this person stood up so much for what they believe in, that they’ve taken their party allegiance to the grave – and beyond!

They obviously didn’t wanna take any risks of being visited by the wrong kind of people… even in death. To be honest, I think it’s sad that people aren’t willing to ‘reach across the aisle’ while they’re here. 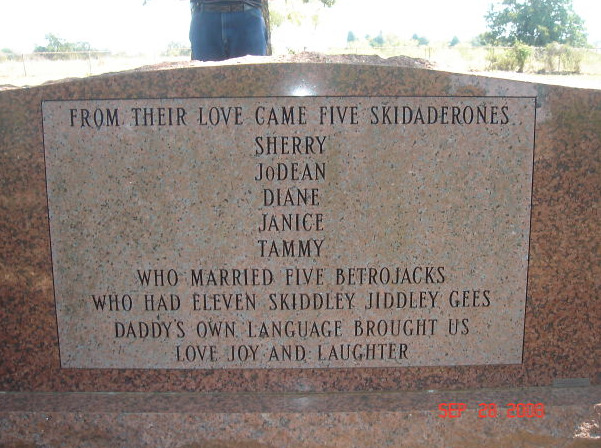 Okay so this one is pretty damn adorable – this family made sure their secret language was imprinted forever on this earth, and it is bloody beautiful… If not a little odd. But hey, I think we could always do with a some oddness in this world.

However, I can’t help but notice that it does sound an awful lot like the kind of vernacular that Ned Flanders from The Simpsons would use. 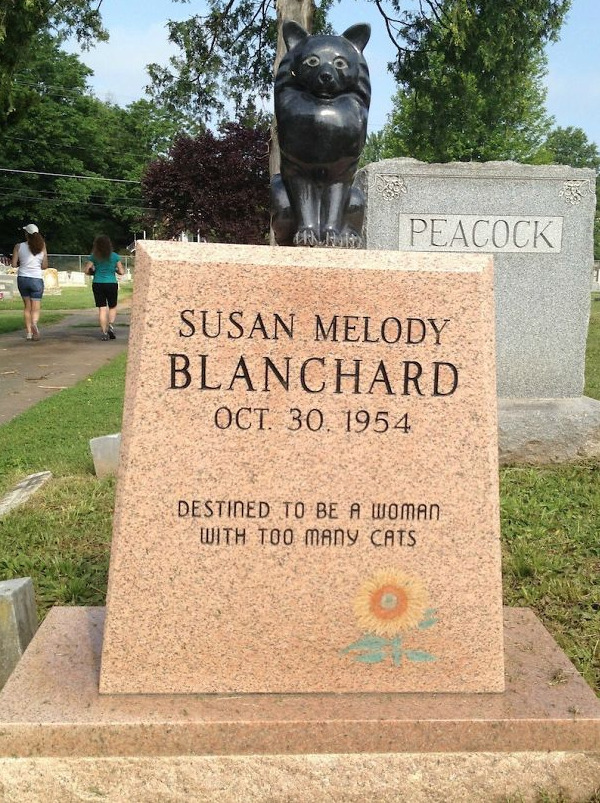 I love it when people embrace what they are – even if it’s a ‘crazy cat lady’!