People who forget things often find themselves in awkward or embarrassing situations. But as forgetful as some people may be, there are times when even they have to laugh at the predicaments they’ve unintentionally gotten themselves into.

In these 20 instances, someone’s forgetfulness resulted in a situation so ridiculously unfortunate that they had no choice but to laugh. Let’s hope that these fails finally taught them a lesson!


1. All this poor rabbit wanted was to spread some Easter cheer with his chocolate deliciousness. Instead, he was locked in the car on a 95-degree day. But, hey, at least the bow tie still looks good. 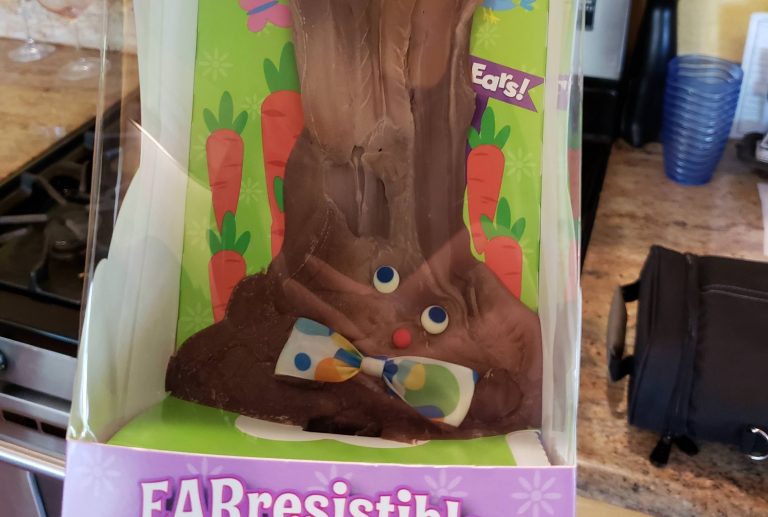 2. We all get it: taking down decorations is a real pain. Unfortunately, an unexpected snowstorm can be the difference between having the coolest Halloween setup on the block and being labeled a maniac. 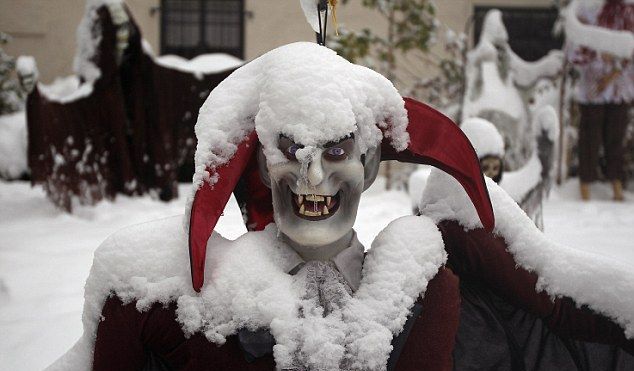 3. Never take your friends advice when it comes to cooking ramen. No matter what they tell you, water is not optional! 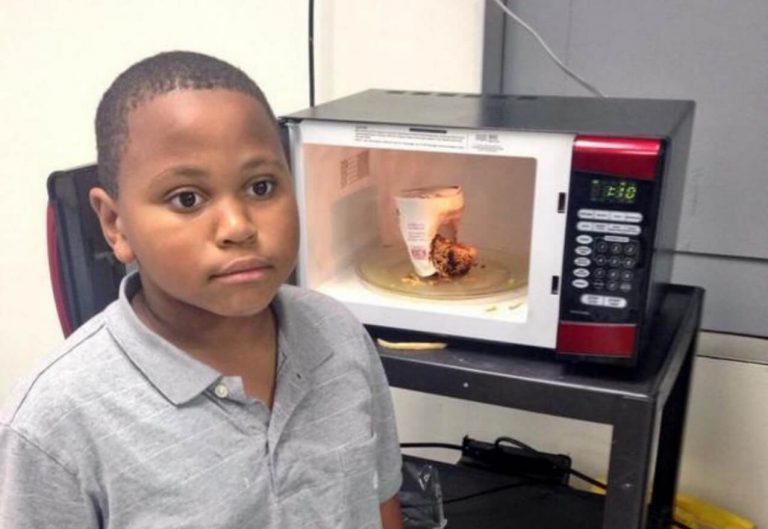 4. Anyone who’s accidentally bitten a utensil during a meal should cringe at the thought of taking a bite out of this spoon loaf. Then again, that raisin bread sure looks yummy… 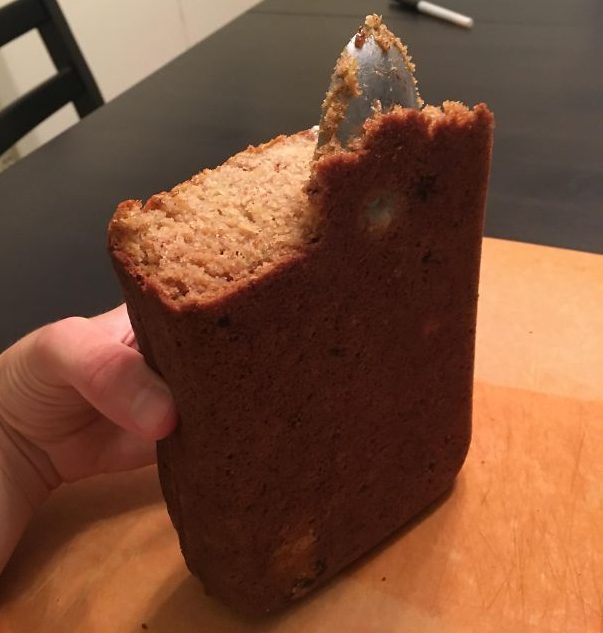 5. Lemon water is undoubtedly the fanciest of all waters. But whoever made this particular batch missed the mark. Dropping two whole lemons into the room-temperature water just screams, “I have more important, luxurious things to do.” 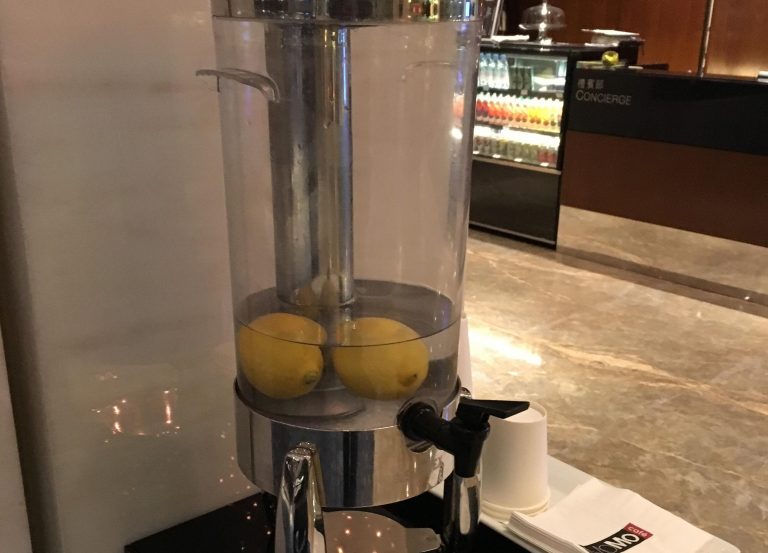 6. In reality, this student was so good at the recorder that he had his taken away so he wouldn’t outshine the other kids. You can take a man out of the music, but you can’t take the music out of the man!

7. They say swallowing watermelon seeds will grow a whole watermelon in your stomach. But there isn’t a saying about how forgetting to grind seeds left in the garbage disposal will cause plants to sprout out of the sink…but maybe there should be. 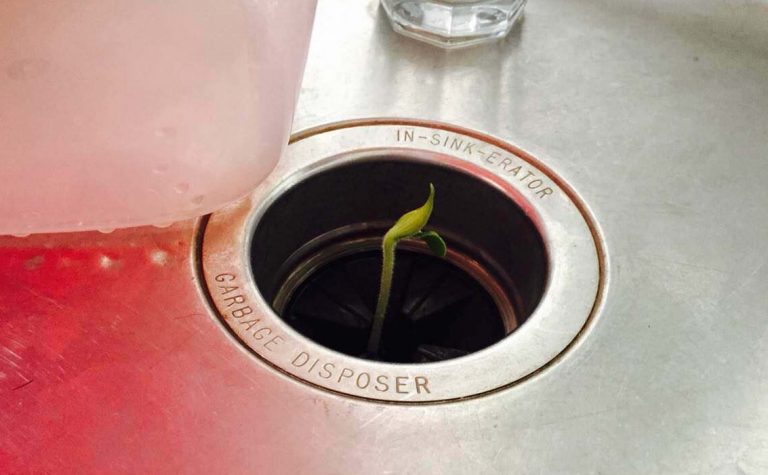 8. Sure, make fun of the kid for leaving a hanger in his jacket. But the next time you’re struggling to undo the 18 buttons and 3 zippers on your own coat, remember this kid, who probably just hopped on a coat rack and slipped right out.

9. This kid just couldn’t resist the temptation of wearing a green shirt on picture day. Lucky for the photographer, he decided to leave his camouflage hat at home. 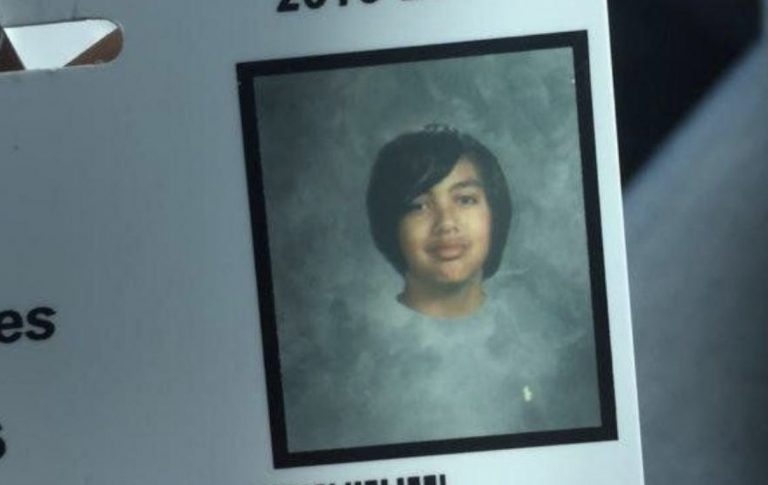 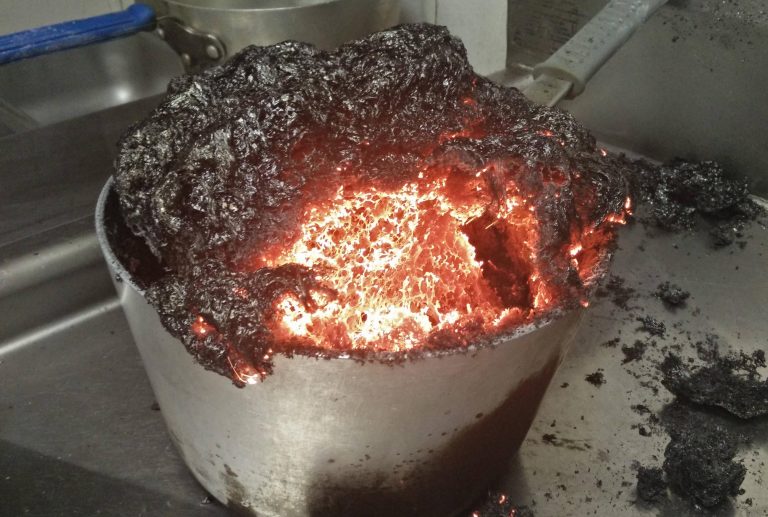 11. Maybe this was a spare pair of handcuffs left behind by a police officer? Let’s just say that’s what it was – the alternatives are just a little too weird to be considered. 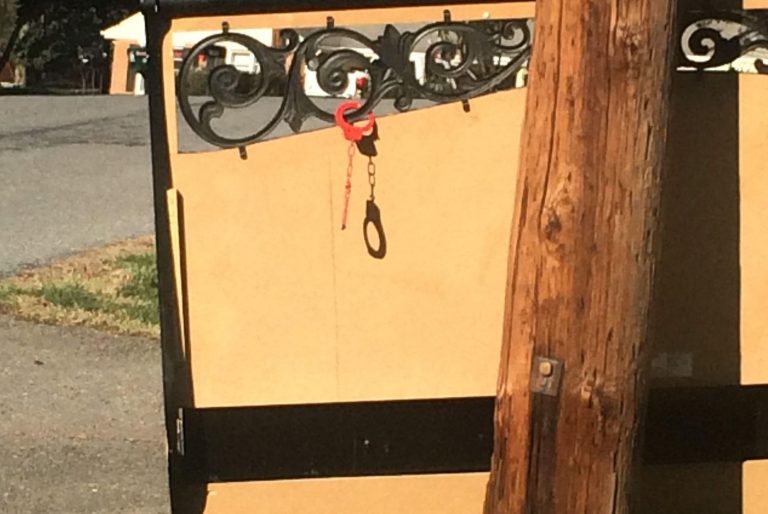 12. You’ve heard of sticking gum behind your ear for later, but this kid takes things to the next level with a bold lollipop-in-the-hair move. Let’s hope he was due for a trim anyway.

13. When Subway announced that they were including toys in their kid’s meals, sub fans couldn’t wait to bring their own kids in for a bite. It turns out their concept of a “kid’s toy” was way off. 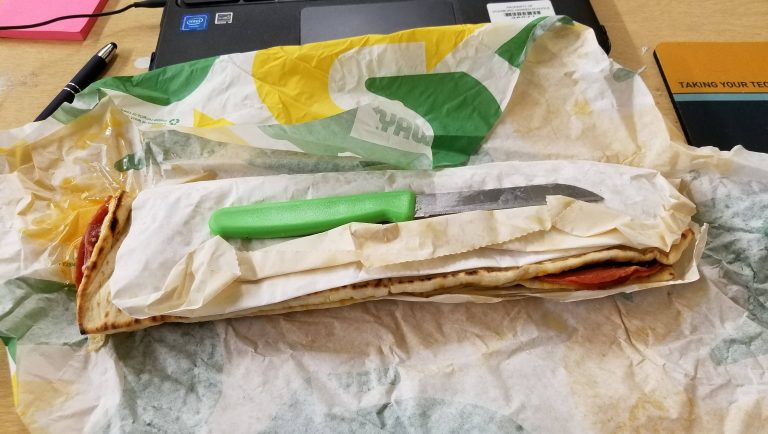 14. That’s a pretty small suitcase, so there probably wasn’t anything important in there. That’s how it works, right? Fingers crossed the person who left it behind agrees. 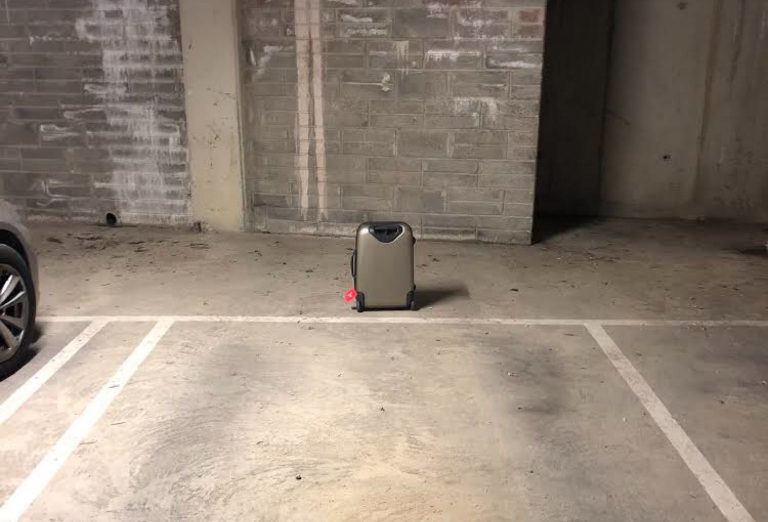 15. This guy gets serious points for ingenuity, but those points are immediately taken away by the Department of Motor Vehicles – fair enough.

16. Playing hard-to-get may work in the dating world, but in the world of injury law firm advertising… yeah, probably not. 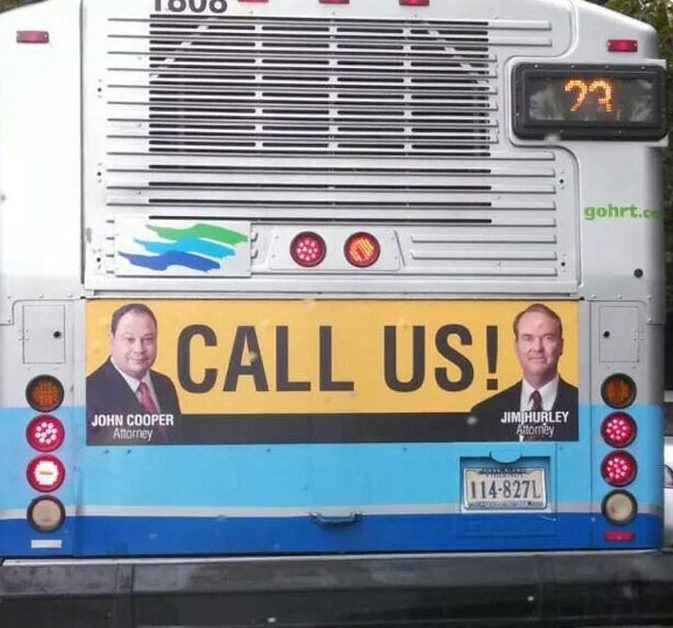 17. This tree always dreamed of becoming a professional ice dancer. After someone left a pair of skates on one of its branches in the 1960’s, the tree was finally able to live its dream… 50 years later. 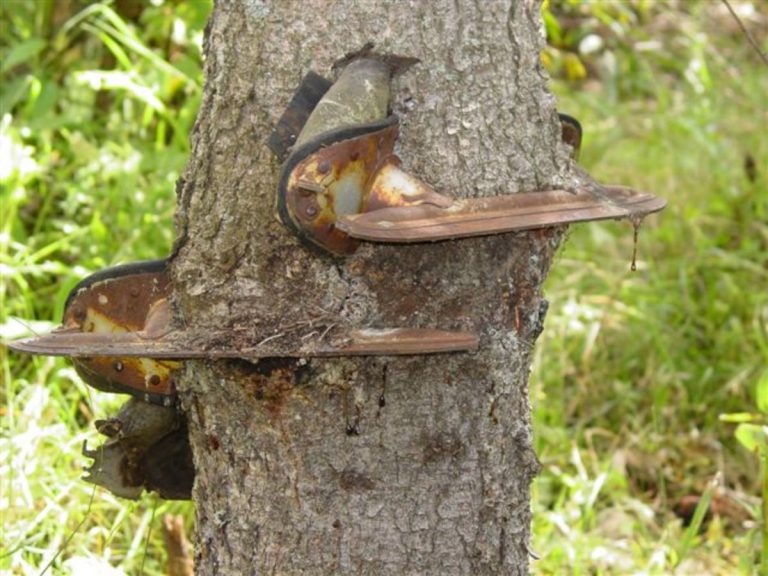 18. What’s the point of the ridiculously tight jeans the kids wear these days if they can’t even hold your possessions in place? That poor guy’s phone flew right out of his pocket the second the bungee cord tightened!

19. The “MacGyver of the Year” award clearly goes to the poor soul who rigged up this masterpiece after forgetting their contact lens case. 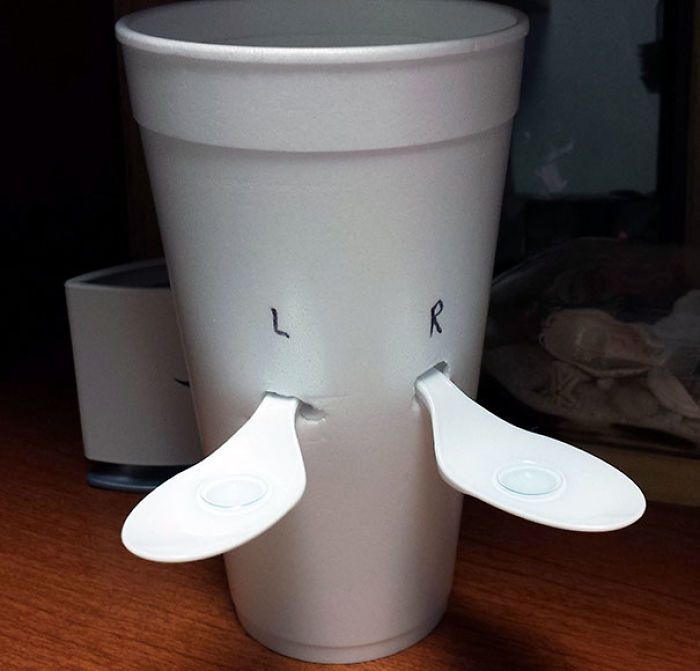 20. The funny thing is, this Snickers bar still looks amazing even without its chocolate coating. The ball’s in your court now, Hershey. 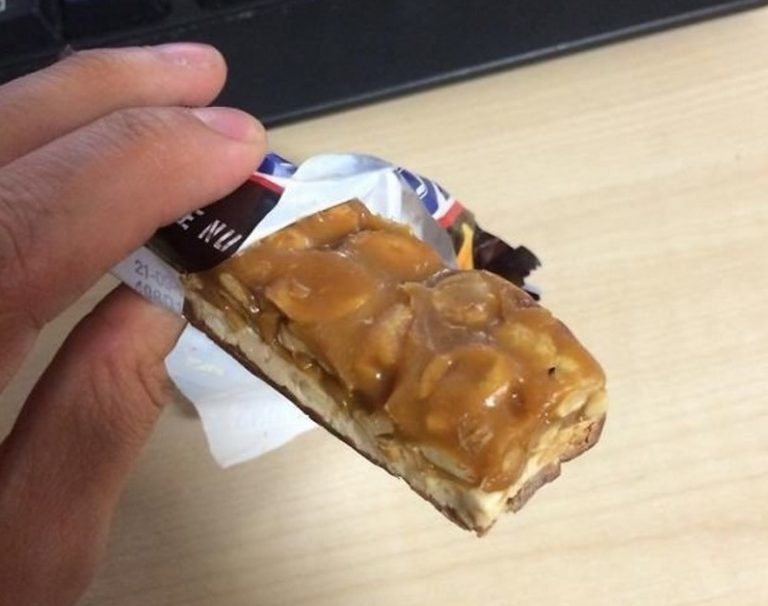 Who knew being forgetful could be so funny? Hopefully, those involved in these mishaps were able to have a good laugh about it!

Share these hilariously awful consequences with your friends below!