The ‘Chernobyl’ miniseries really tried to accurately show just what people had to experience during the disaster – and we think they completely nailed it. See the ‘Chernobyl’ cast compared to their real-life counterparts and read their stories in the gallery below! 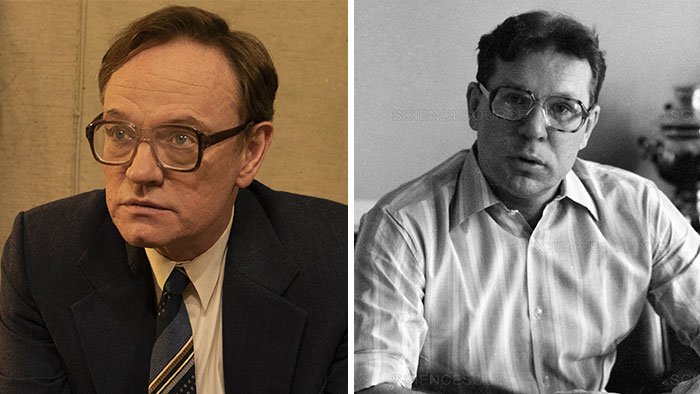 Valery Legasov, played by Jared Harris on the show, was the deputy director of the Kurchatov Institute of Atomic Energy. He was assigned to investigate the Chernobyl accident. After the accident, many people tried to cover up what happened in the plant but Legasov was one of the few people who was open about the events. Unfortunately, this took a huge toll on him and he took his own life not long after the investigation was finished.

President Boris Yeltsin posthumously awarded Legasov the title of Hero of the Russian Federation for his work investigating the incident. 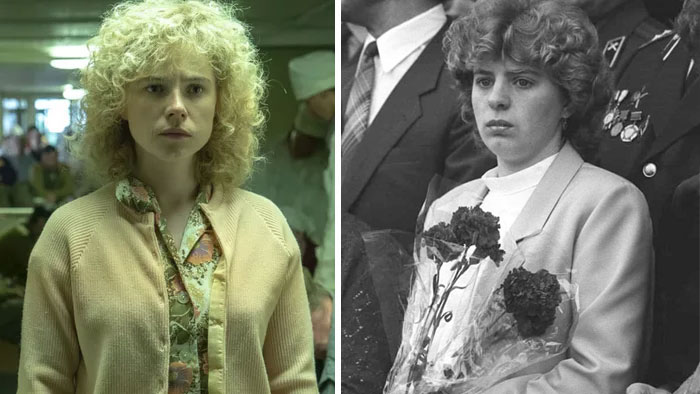 Firefighter Vasily Ignatenko’s wife, Lyudmila, went through tough times after the accident. First, she had to see her husband slowly die of radiation poisoning and later gave birth to a baby who was diagnosed with cirrhosis of the liver and congenital heart disease and died a few days later. She still lives in Ukraine. 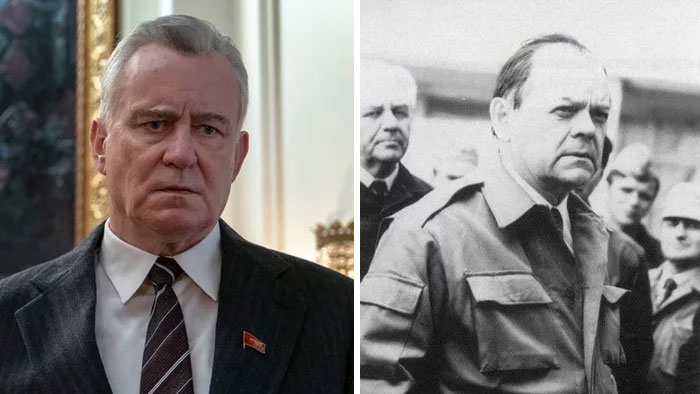 In 1976, Shcherbina became a member of the Central Committee of the Communist Party of the Soviet Union and kept the position until his death.

In 1984, he became vice-chairman of the Council of Ministers and as such was in charge of dealing with the Chernobyl disaster outcome in 1986, acting as crisis management supervisor.

In 1990, he opposed election of Boris Yeltsin into chairmanship of the Supreme Soviet of the RSFSR, describing him as “a man of low moral qualities”, whose election would “pave the way for the darkest period in our country’s history.” However, Yeltsin was elected and later became the first President of independent Russia. 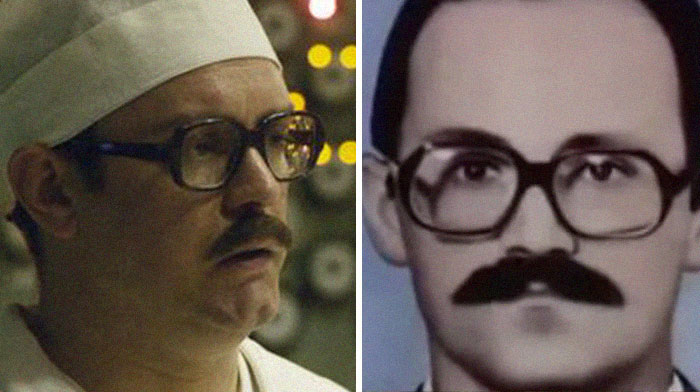 On the night of the disaster, Aleksandr Akimov was the shift supervisor. Upon first hearing the news that something isn’t right, he didn’t believe it and for the next few hours relied on the false information given by his superiors. However, he eventually figured out that something is wrong and did everything in his power to control the situation. Akimov was the one who declared an emergency after shutting down the reactor – but it was already too late. He stayed behind and had his crew turn on the emergency water pumps to flood the reactor – sadly, the power source was inactive. He and his crew then stayed and manually pumped the emergency feedwater into the reactor. Akimov died two weeks later from radiation poisoning. 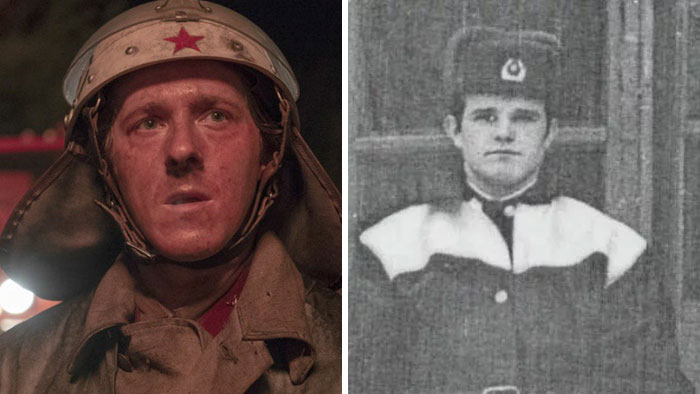 Vasily was one of the first responders to the fire. No one informed him or the other firefighters about the effects of radiation – and most of them got severe radiation sickness. Vasily died two weeks later. His wife, Lyudmila, spoke to Svetlana Alexievich, a Belarusian journalist, about her husband’s death. “He started to change; every day I met a brand-new person. The burns started to come to the surface,” said Lyudmila. “In his mouth, on his tongue, his cheeks – at first there were little lesions, and then they grew. It came off in layers – as white film … the colour of his face … his body … blue, red , grey-brown. And it’s all so very mine!”

“He was producing stools 25 to 30 times a day, with blood and mucous. His skin started cracking on his arms and legs. He became covered with boils. When he turned his head, there’d be a clump of hair left on the pillow. I tried joking: “It’s convenient, you don’t need a comb.” Soon they cut all their hair,” shared Lyudmila her experiences. “I tell the nurse: “He’s dying.” And she says to me: “What did you expect? He got 1,600 roentgen. Four hundred is a lethal dose. You’re sitting next to a nuclear reactor.” 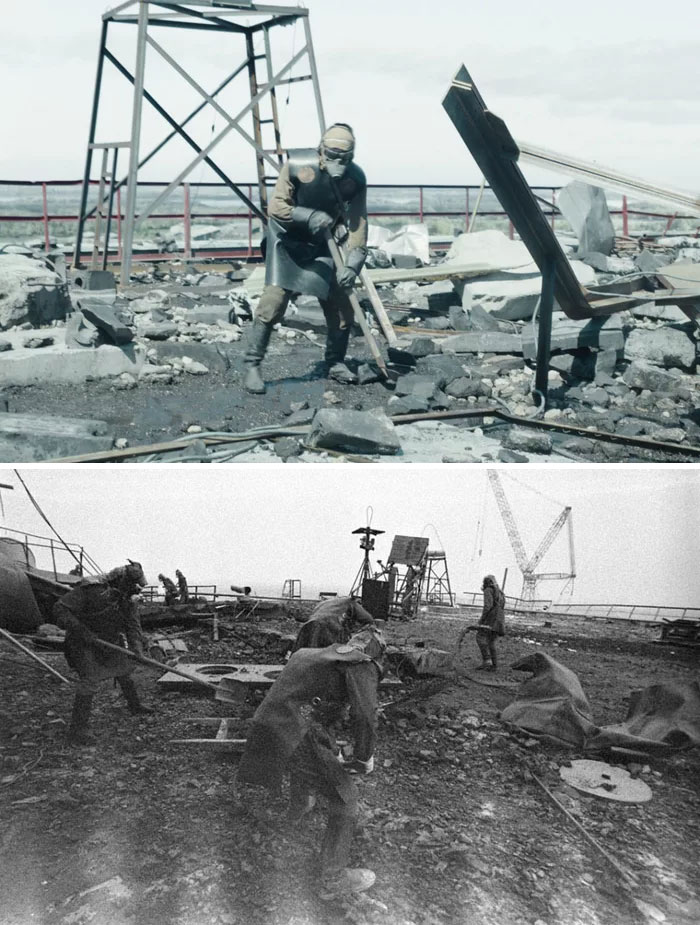 The Chernobyl liquidators were the civil and military personnel who were called upon to deal with consequences of the disaster on site. The liquidators are widely credited with limiting both the immediate and long-term damage from the disaster.

Surviving liquidators are qualified for significant social benefits due to their veteran status. Many liquidators were praised as heroes by the Soviet government and the press, while some struggled for years to have their participation officially recognized. 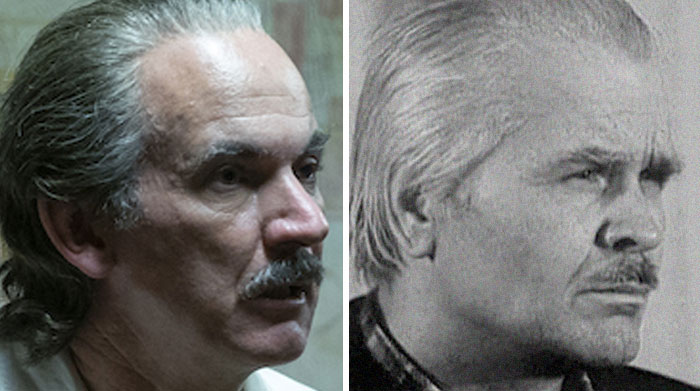 Anatoly Dyatlov was the deputy chief engineer who supervised the test that lead to the explosion. At the moment the reactor power slipped to 30 MW, he insisted the operators continue the test. He overrode Akimov’s and Toptunov’s objections, threatening to hand the shift to Tregub (the previous shift operator who had remained on-site), intimidating them into attempting to increase the reactor power. Dyatlov believed the reactor was still intact even after seeing all the graphite scattered around.

After the disaster, Dyatlov received a 10-year prison sentence but was released after serving five. He passed away in 1995. 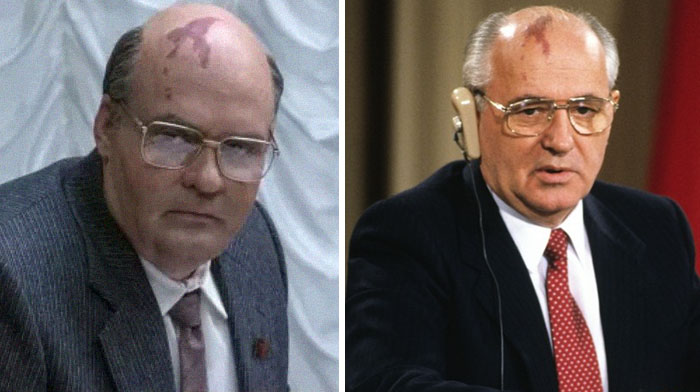 Gorbachev tried to hide facts about the Chernobyl disaster for over two weeks. Only 18 days later he told the rest of the world exactly what happened and many countries condemned him for withholding the truth for so long.

Widely considered one of the most significant figures of the second half of the 20th century, Gorbachev remains the subject of controversy. The recipient of a wide range of awards—including the Nobel Peace Prize—he was widely praised for his pivotal role in ending the Cold War, curtailing human rights abuses in the Soviet Union, and tolerating both the fall of Marxist–Leninist administrations in eastern and central Europe and the reunification of Germany. Conversely, in Russia he is often derided for not stopping the Soviet collapse, an event which brought a decline in Russia’s global influence and precipitated an economic crisis. 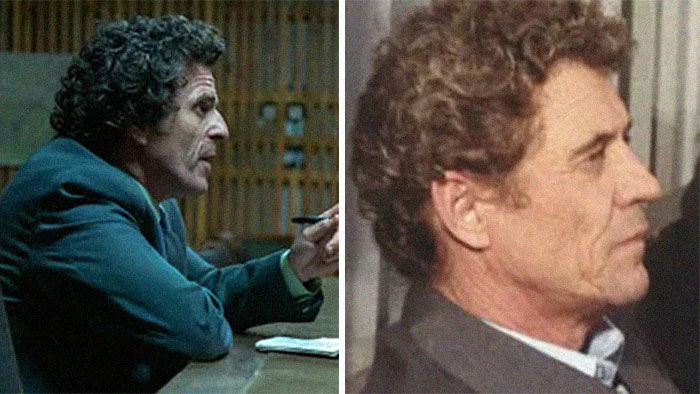 Bryukhanov, the plant manager, arrived at 2:30 a.m. Akimov reported a serious radiation accident but an intact reactor, fires in the process of being extinguished, and a second emergency water pump being readied to cool the reactor. Due to limitations of available instruments, they seriously underestimated the radiation level. At 3 a.m., Bryukhanov called Maryin, the deputy secretary for the nuclear power industry, reporting Akimov’s version of the situation.

Maryin sent the message further up the chain of command, to Frolyshev, who then called Vladimir Dolgikh, who called Gorbachev and other members of the Politburo. At 4 a.m., Moscow ordered feeding of water to the reactor. As Director of the Chernobyl site, Bryukhanov was imprisoned for ten years but only served five years of the sentence due to illness. 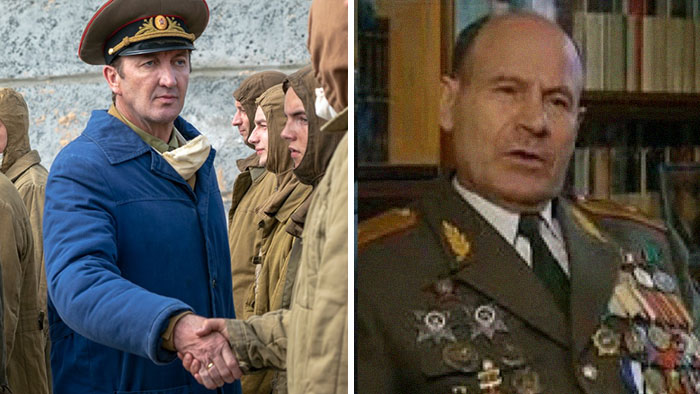 Over 3,000 liquidators had to risk their lives to clear debris from the roof of the plant and Tarakanov gave them all motivational speeches. 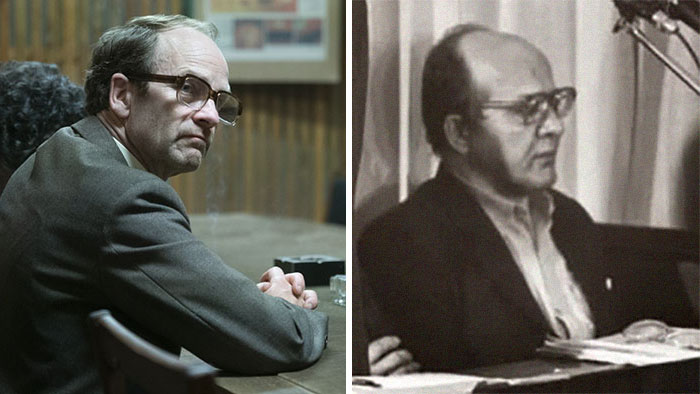 Chief engineer Fomin arrived in the block 4 control room at 4:30 a.m. Akimov reported an intact reactor and explosion of the emergency water feed tank. Fomin kept pressing the staff to feed water to the reactor and transferred more people to unit 4 to replace those being disabled by radiation.

After Dyatlov left, Fomin ordered Sitnikov, his replacement, to climb to the roof of unit C and survey the reactor; Sitnikov obeyed and received a fatal radiation dose there; at 10 a.m., he returned and reported to Fomin and Bryukhanov that the reactor was destroyed. The managers refused to believe him and ordered continued feeding of water into the reactor; the water, however, flowed through the severed pipes into the lower levels of the plant, carrying radioactive debris and causing short circuits in the cableways common to all four blocks.

Fomin attempted to kill himself before the trial by slitting his wrists with the shards of his broken glasses. The trial was delayed for a while due to his fragile mental state. He, along with Viktor Bryukhanov and Anatoly Dyatlov, was eventually sentenced to 10 years in a labor camp. 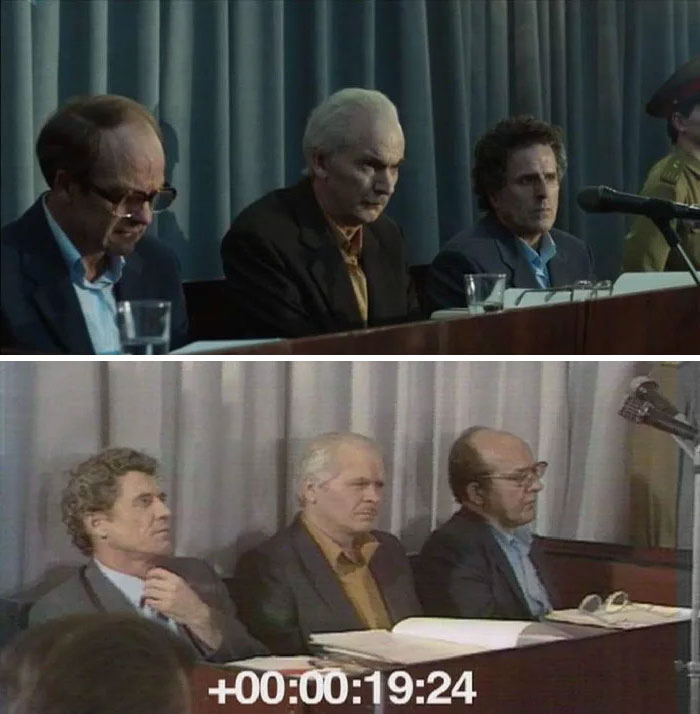 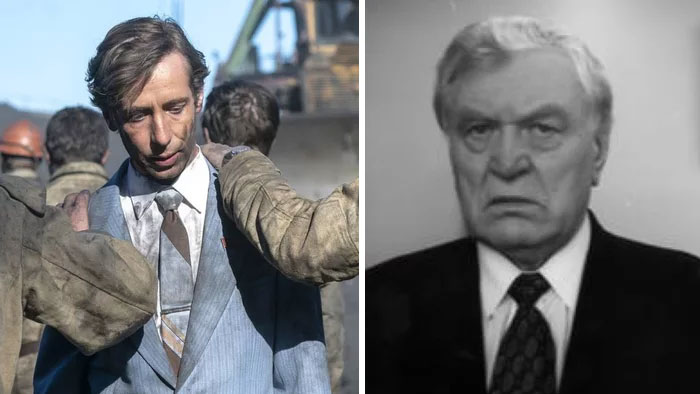