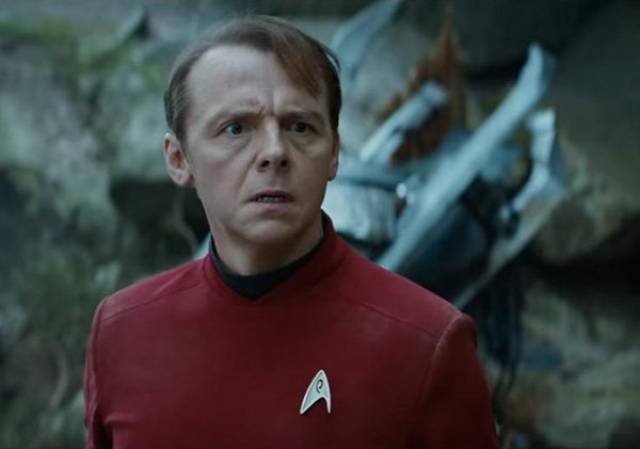 Taking on the iconic roll of Scotty in Star Trek: Into Darkness, Pegg managed to beam up his prized Starfleet badge to his own house.

“On the first film, every day we’d hand back our badge and I had a Starfleet ring,” he said. “This one, I stole my badge. It was on my costume when I got back to my trailer and it’s a beautiful little brass thing. And I put it in my bag.”

That’s one way to assure your future role. They can’t recast someone that doesn’t have the Starfleet badge.

Robert Downey Jr. took a page out of his character Tony Stark’s book, and had a 30 foot prop delivered to his office.

In an interview with BBC, the actor stated,

“On the last Avengers, there’s this scene where there’s this ‘A’ which is probably 30 feet tall, and I’m looking at it, and we’re shooting in England, and I go, ‘I need that in my office in Venice.’

About two weeks ago, a wheeler showed up, I’m like, ‘What the heck is this doing here?’ ” he said. “And they go, ‘This is the ‘A’ you asked for.’ And I go, ‘They brought it?’ So now we have a massive Avengers ‘A’ that will be prominently placed.”

I’m sure Pepper would have had a well-placed passive comment had this happened in one of the films. 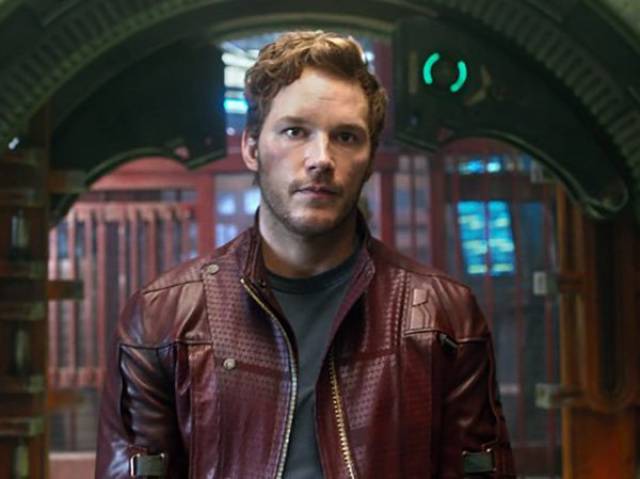 The infamous jacket that Star-Lord wears throughout Guardians of the Galaxy is currently hanging in Chris Pratt’s closet. 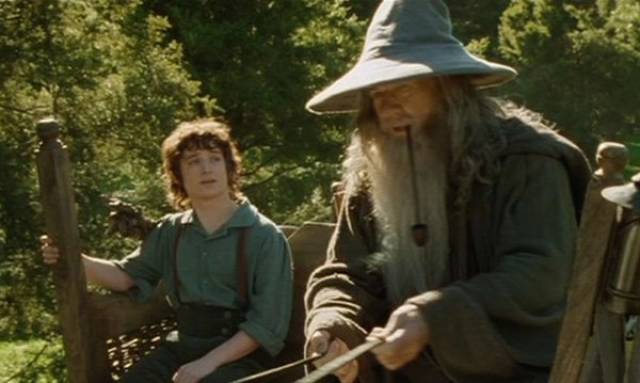 While it was somewhat well known that McKellen kept his costume from the role of Gandalf in the Lord of the Rings franchise, he also made some other items magically disappear.

After the keys to the Bag End (Hobbit-hole) went missing, it was revealed McKellen had them the whole time and some knives and forks from the set had gone missing as well. 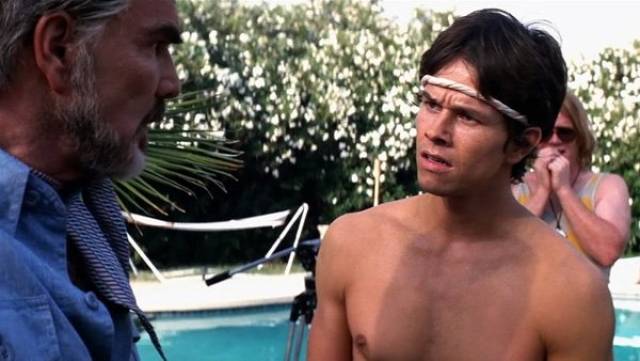 After production on Boogie Nights, Wahlberg went home with his “enhancement package” aka prosthetic penis used in the film. He said in an interview,

“I used to keep it in my desk drawer, and I’d take it out and slap my friends in the face with it. I don’t keep many things from my movies, but that just seemed to have personal significance.

[I] didn’t think there would be that much interest in it but maybe I can at some point sell it at auction for charity.” 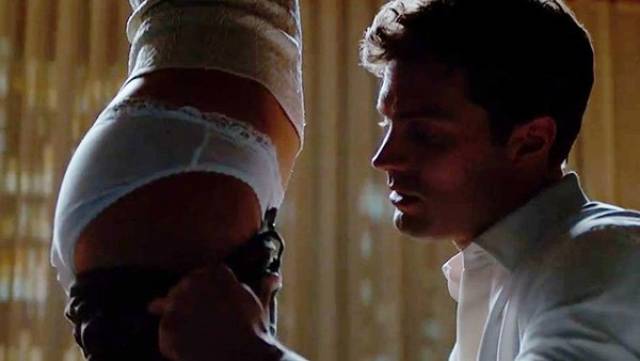 After filming 50 Shades of Grey, actress Dakota Johnson left set with her character’s underwear, because “they were comfortable.” Which seems like a mild excuse given the films content.

She also admitted to leaving set with some of the more active props, saying during an interview, “I do have a flogger in my house. It’s in the garage with dust.” An interesting keepsake to say the least. 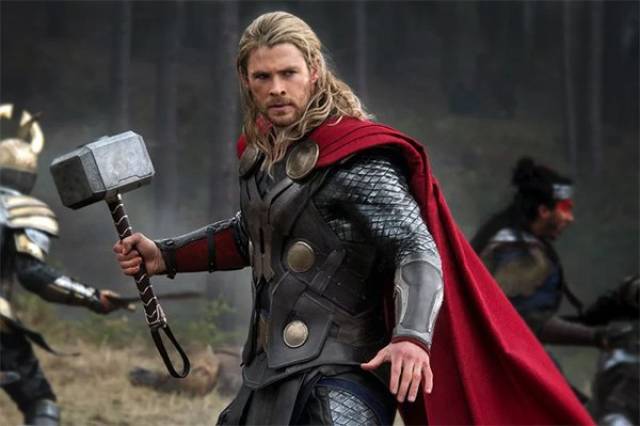 While the original hammer from Thor sold for more than $50,000, Hemsworth has kept multiple replicas from the films. While on Jimmy Kimmel Live, he revealed one is in a strange place,

“I’ve got five. One’s in the toilet. It’s next to the toilet, if you need some assistance… Often, people stay in there a little longer and I think it’s because of the hammer. It’s pretty heavy, and one of my sons in particular who’s a beefy little kid certainly is sort of like Papa look, looking I can do it. [Then drops it], so the hammer’s got a few dents in it and scratches.” 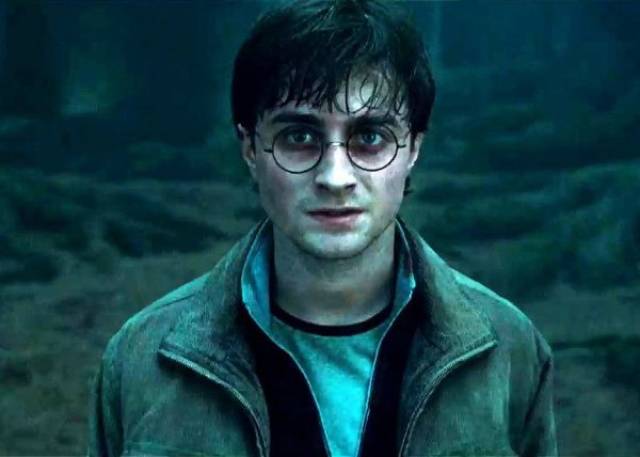 Out of all the major things Daniel Radcliffe could have walked off with from the Harry Potter sets, the only things he has held on to were the glasses at the end of each production.

His explanation actually provides some context as to why,

“The ones from the first film are absolutely tiny now, but they are very sweet. – They are all lens-less as well. There was rarely ever any glass in the actual glasses, because of filming problems with reflections.” 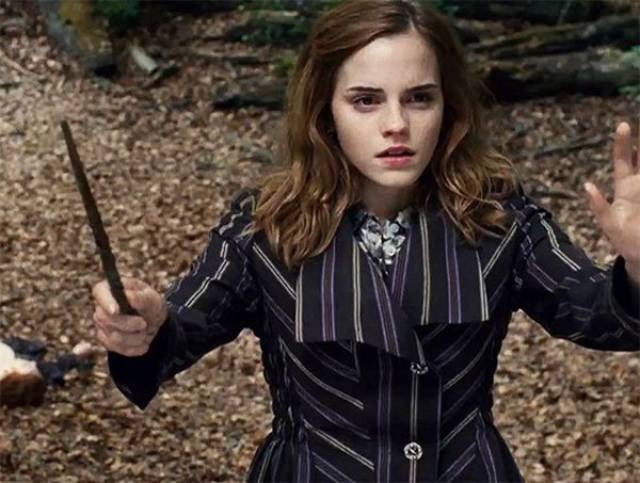 Like her co-star Daniel Radcliffe, Emma Watson put on an invisibility cloak and walked off set with a few items of her own. Throughout her time filming Harry Potter, Watson took home a cloak, her wand and the big-ol plot hole creator, the time-turner. 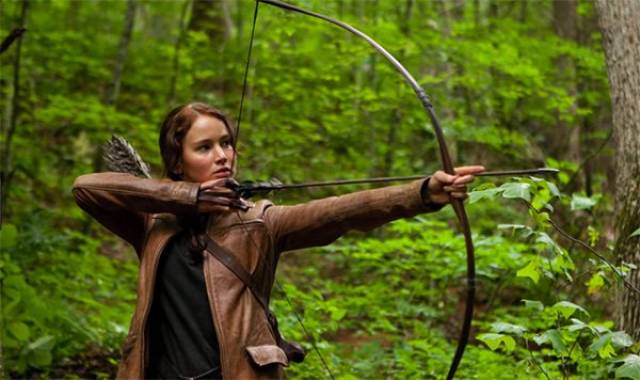 The cool leather duster that Lawrence’s character Katniss donned in The Hunger Games made a pledge to end up in her closet.

Lawrence said she kept both the jacket and boots, but they currently just collecting dust. 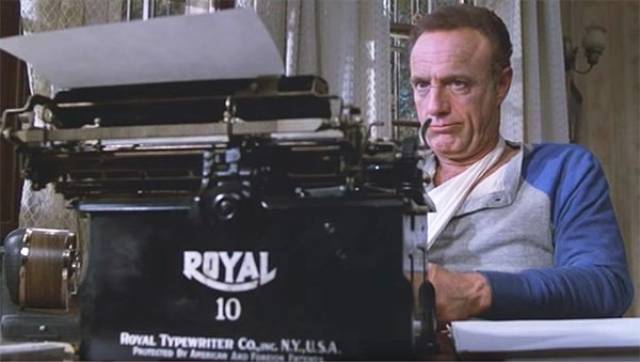 During production of Stephen King’s Misery screen adaptation, James Cann took a strong liking to the Royal 10 typewriter his character Paul Sheldon uses. When shooting finished, Caan slipped out the door of the studio with the typewriter in tow. 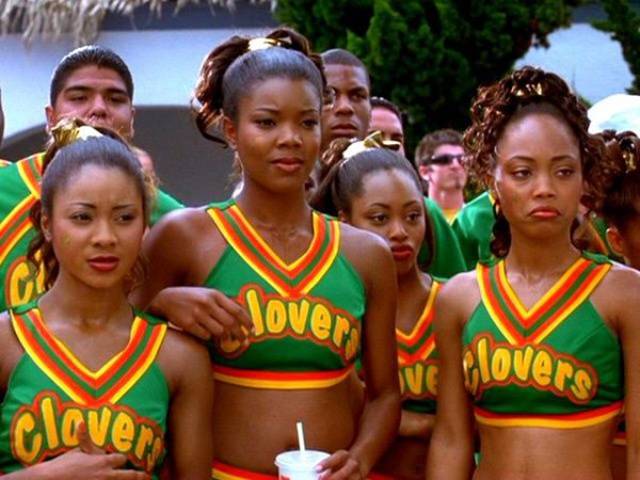 After one of the biggest cheer-based showdowns of the early 2000’s, Gabrielle Union has kept her East Compton Clovers outfit as a trophy. She has said she does big clean outs of her closet every few months, but has always kept her cheer outfit. 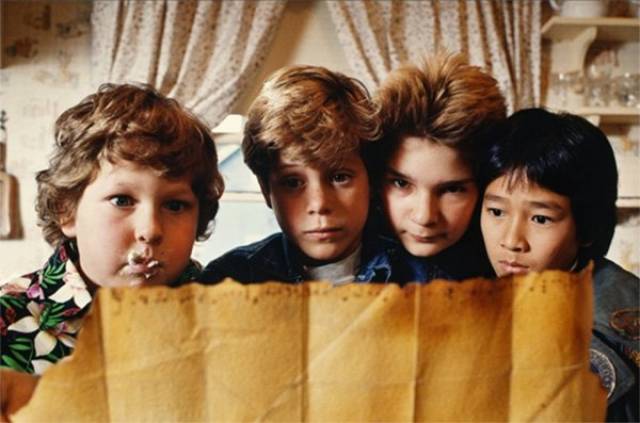 The iconic treasure map from the 1985 film The Goonies was taken by Sean Astin, but he may need a map to find it…

“I don’t believe we were formally gifted these items. But I remember being in possession of it. I may owe [my mom] an apology… I moved out when I was eighteen, but I left all of my stuff at home. When I say I moved out, I mean I moved my body out… When I came back, my mom had sold our house. She bought another house.

But for eighteen years, I had saved some things, thrown some things away. But now nobody knows where the map is. It wasn’t in any of the boxes. But one really cool thing that happened was, a few years ago, my dad brought over this U.S. Mail box. You know those plastic bins?

And it had a bunch of junk in it, like one car from a train set, and a sock… My wife put it in the garage and it just sat there. Then one day she slid it over to me. And I was like, ‘Oh, look, honey! A letter to my girlfriend from when I was eleven.’ And then on the side of that, I pulled out the skull and crossbones key.

And I was like, ‘You have got to be kidding me!’ So, yeah. Maybe my mom has it and she doesn’t know where it is. Maybe one of my friends took it from my room. Who knows?”