It is difficult not to be moved by any of these stories made by the artist Ademar Vieira from Manaus, Amazonas, Brazil. This talented artist has not yet gained prominence, but his comics are becoming more and more visible on digital media platforms.

The Brazilian artist wasn’t always an illustrator—he started out as a screenwriter, so his stories have the perfect blend of both visuals and storytelling. Having this in mind, it’s no wonder why they’re so engaging. He has made quite a few of them over time, but today we’re focusing on “The Choice.”

“The Choice” is about making a crucial decision that changes one’s life forever, however small the opportunity may seem. Every time we make a choice, we leave one timeline aside and enter another. The author juxtaposes and illustrates two diverging universes next to each other that start from the time the protagonist makes a choice to own/not to own a dog. The author said on his Instagram “I dedicate it to all the animals that contribute to our mental health during the quarantine.” 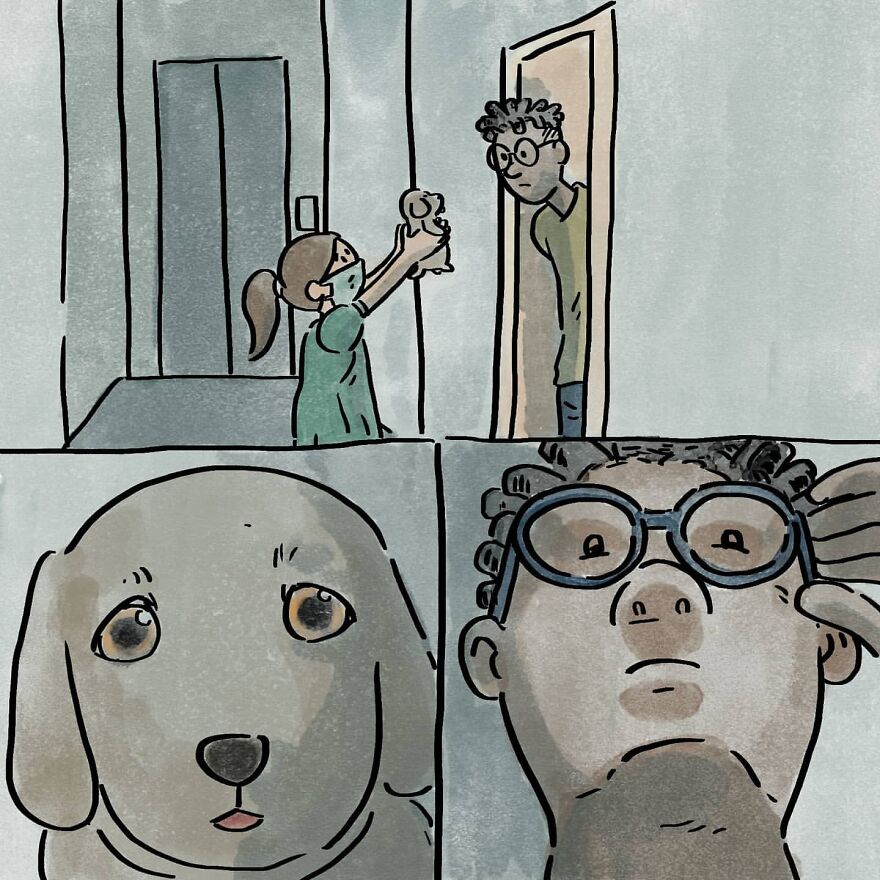 He told Bored Panda how he started making them: “I started making the strips unpretentiously, just as a way to exorcise my demons during a very difficult phase that I was going through in early 2020 and when I posted, I realized that many people identified with them themselves. I received good feedback and then I continued to expose the things I was feeling and the audience got bigger. When I recovered from the bad phase, we were in the coronavirus pandemic, meaning everyone was going through a bad phase, so I continued to explore the problems people around the world were going through. Now I have used the strips to express my opinions on some issues that I consider relevant, whether personal, social, or political.” 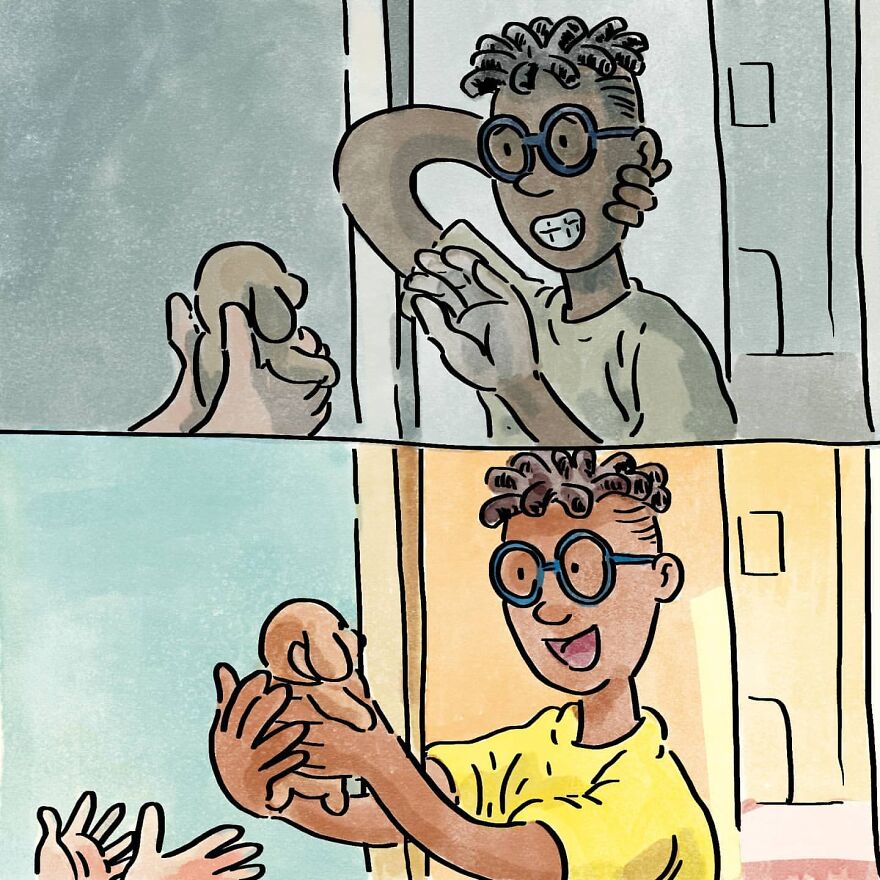 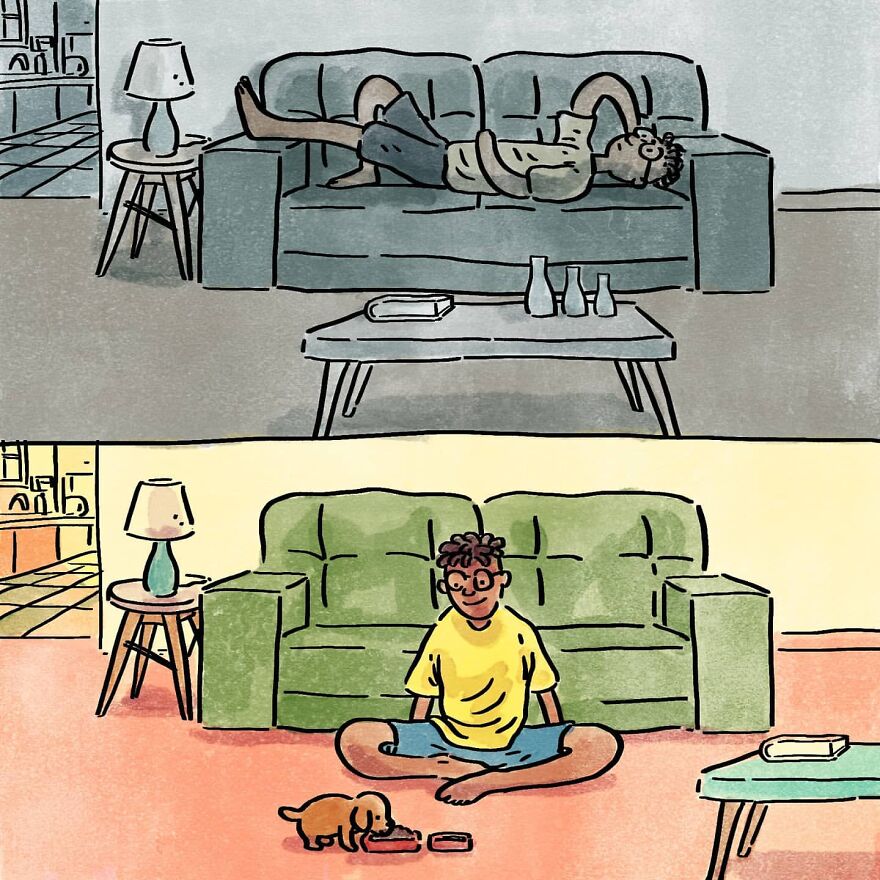 Ademar also went into detail about his recent success on social media: “I couldn’t believe it when a comic strip of mine went viral in Latin America in June this year. I received 100 thousand likes and gained 20 thousand followers in one week. Famous people and profiles came to talk to me and congratulate me and that left me in the clouds, but it also brought the weight of responsibility. Now, I was no longer making strips just for me and my friends, people from different countries were also seeing me. I was very happy that the public showed me a path to be followed as an artist and I want to follow that path to see what else is good.” 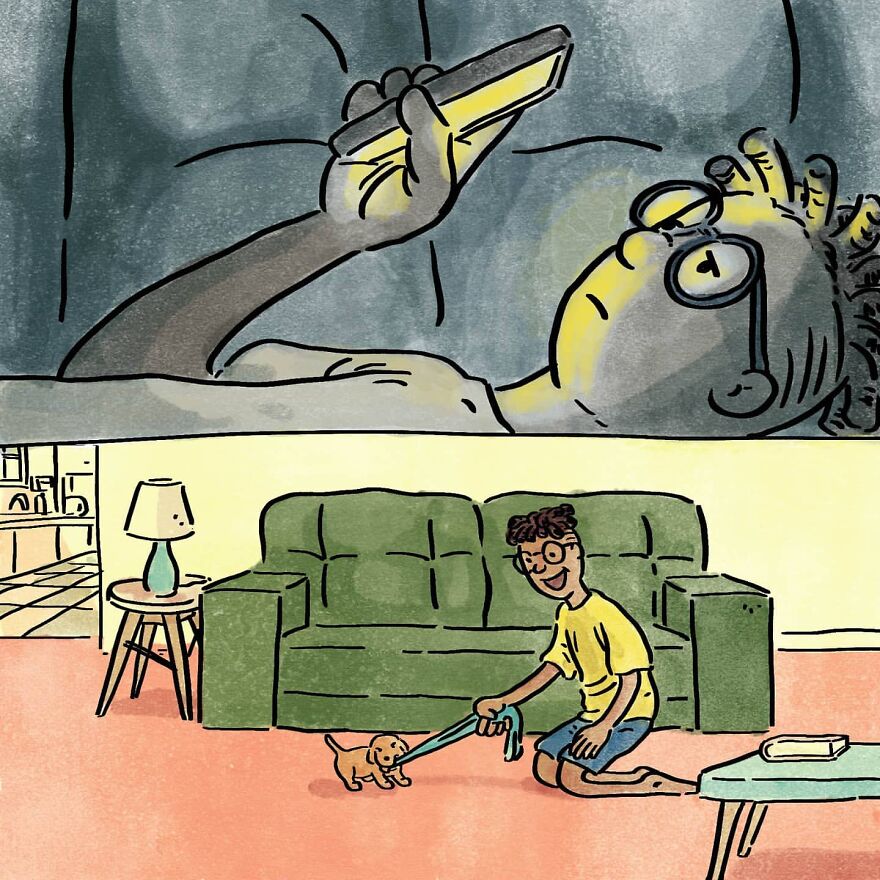 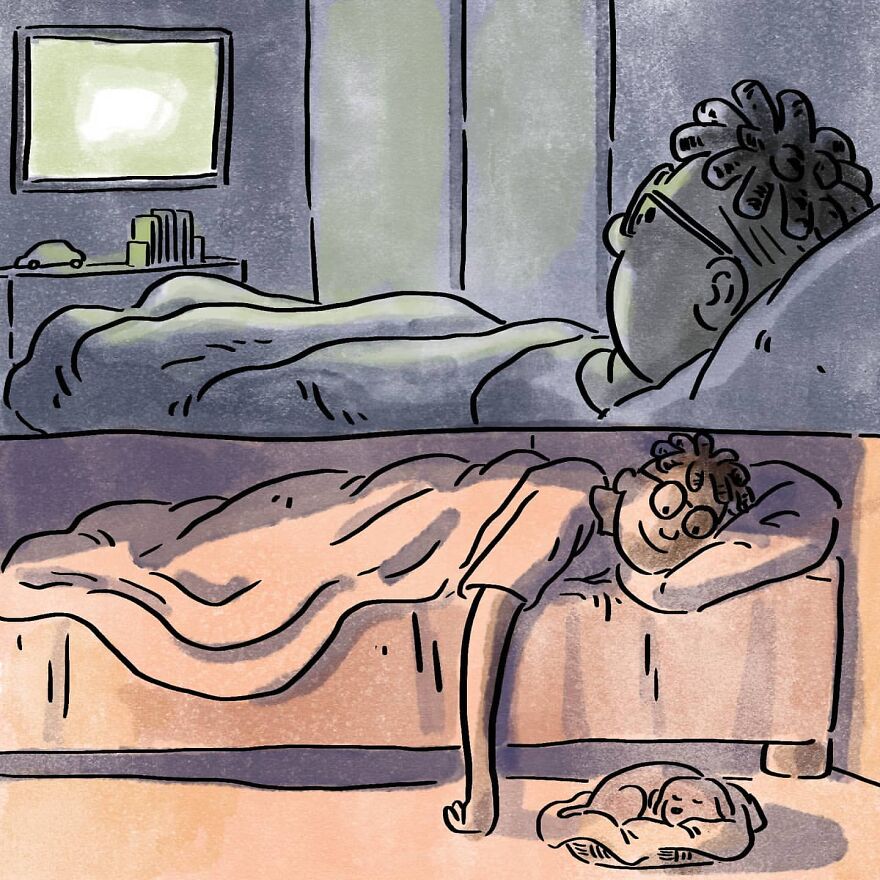 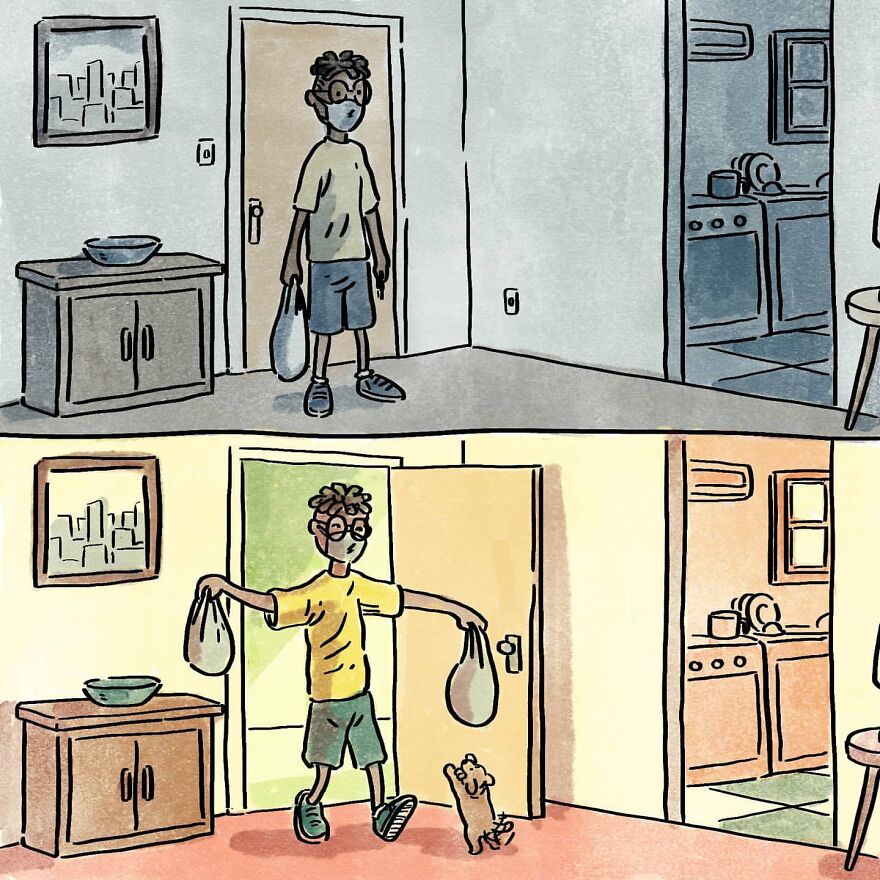 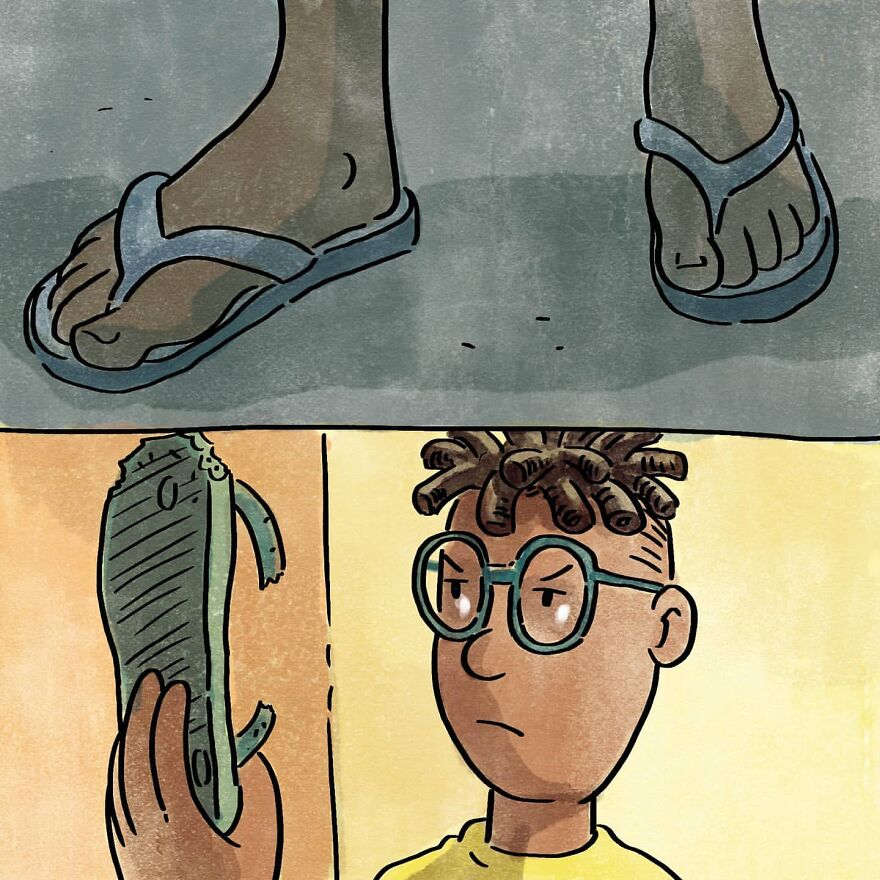 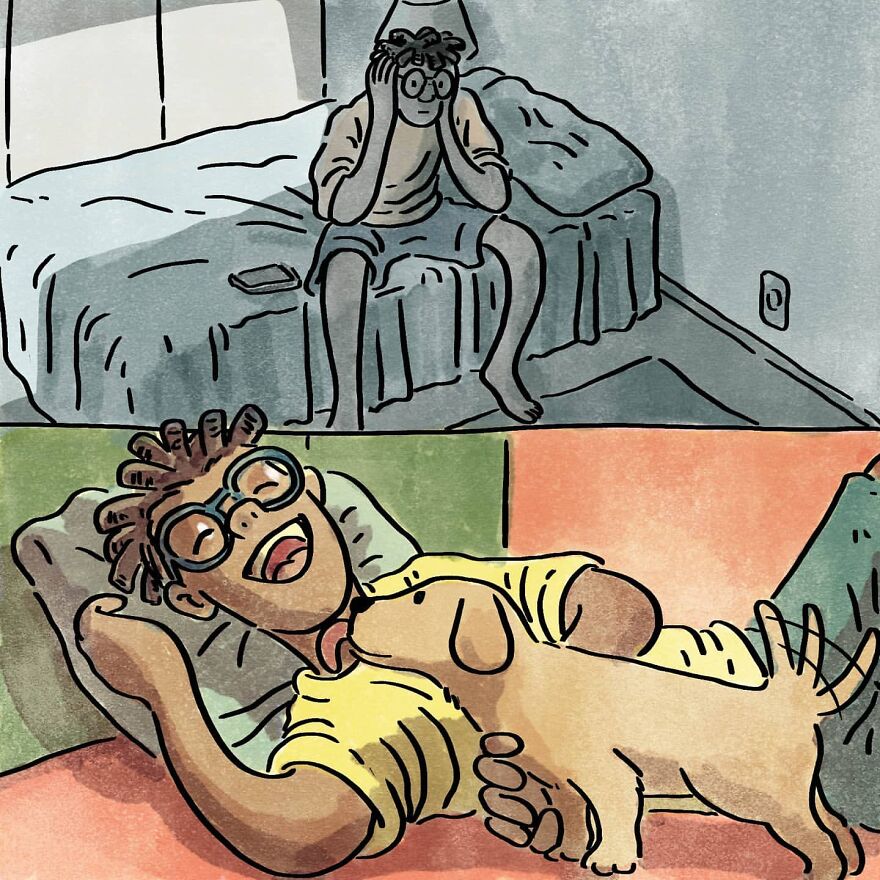 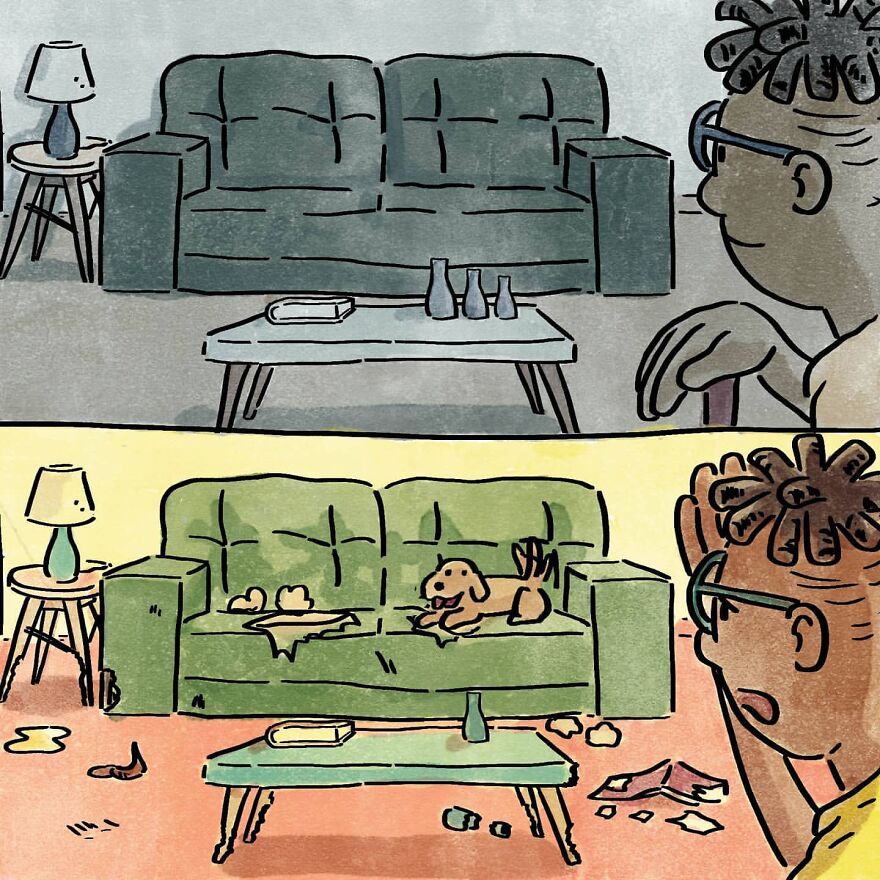 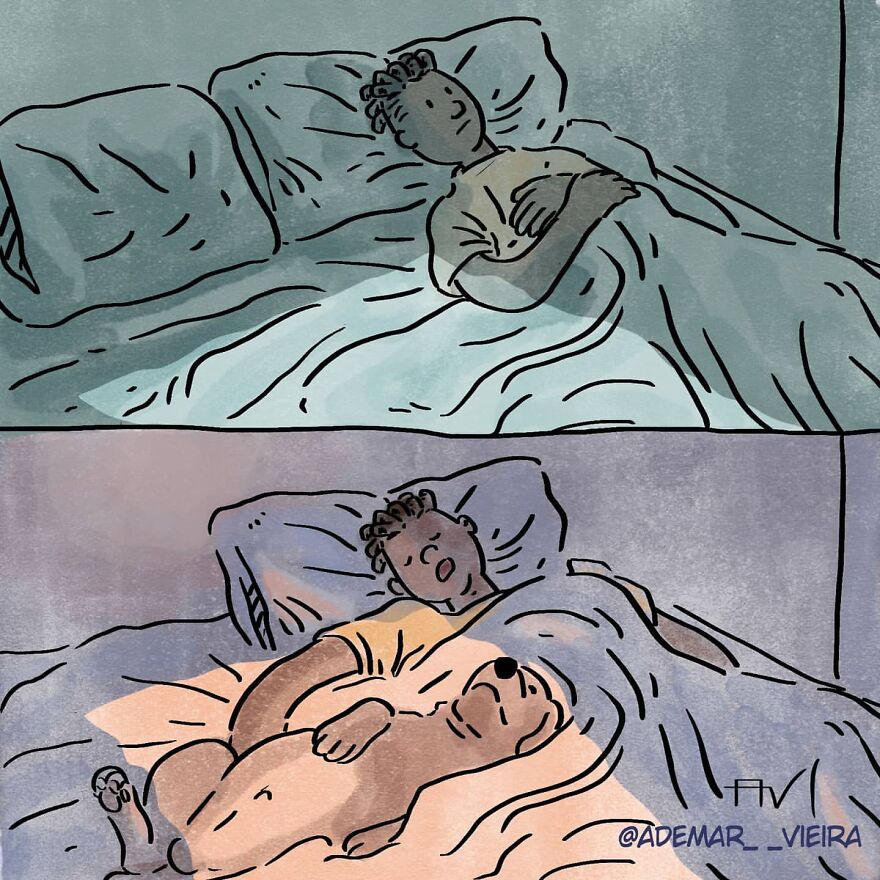