When most of us see a fallen tree, we generally see, well, a fallen tree. But when Jeffrey Michael Samudosky sees a fallen tree, he sees a whole world of possibilities. He’s a chainsaw artist who works out of Gig Harbor, Washington, and as you can see from this giant Pacific octopus, he can transform wood into the most incredible sculptures.

He first discovered his passion for chainsaw art while snowboarding in Vermont. Noticing some wood-carvings by the side of the road, he decided to try and make his own, and since then his hobby has turned into his full-time job. He started JMS Wood Sculpture in 1998 and he now participates in competitions around the world. His work, which often focuses on animals and Native American motifs, has even featured on the Discovery Channel, and some of his pieces have taken up to four years to complete. This octopus has to be one of our favorites though. What do you think? Let us know in the comments below. 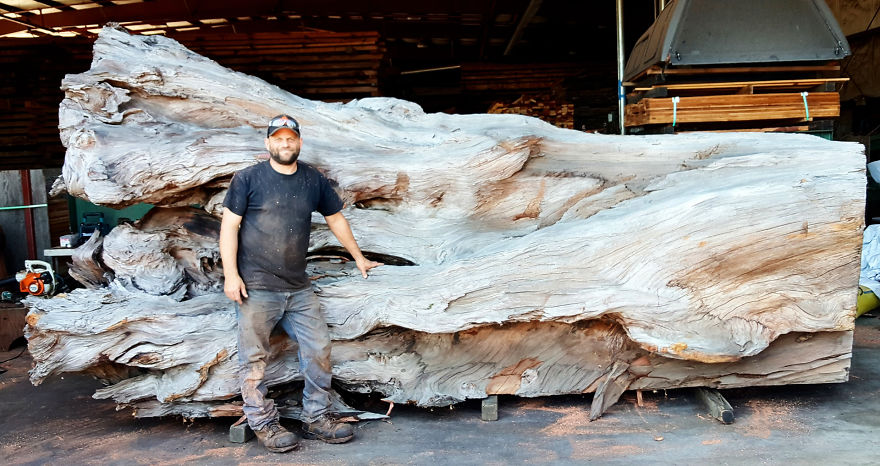 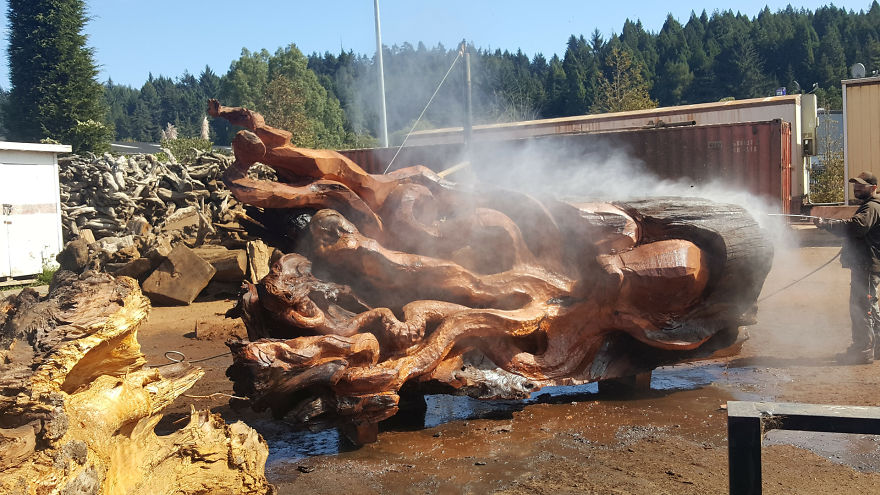 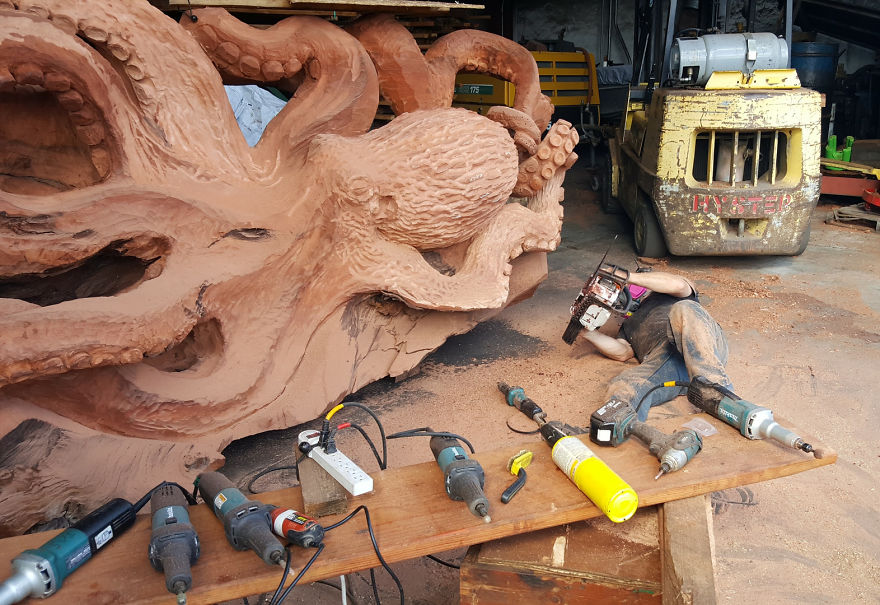 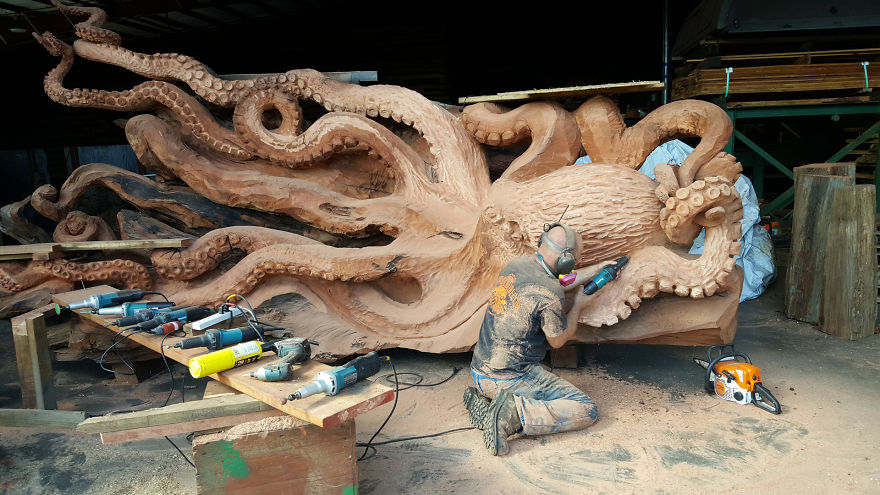 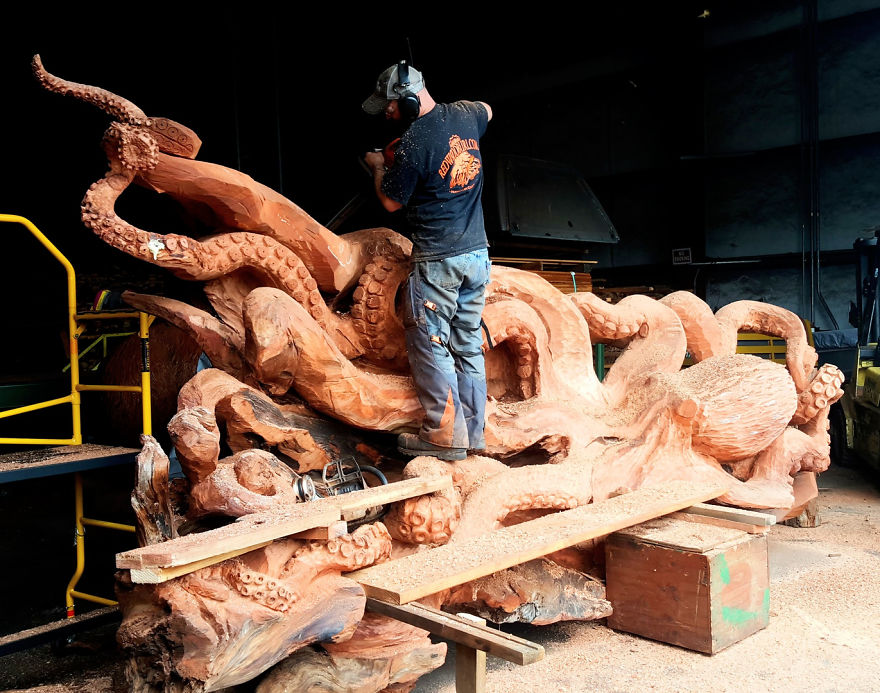 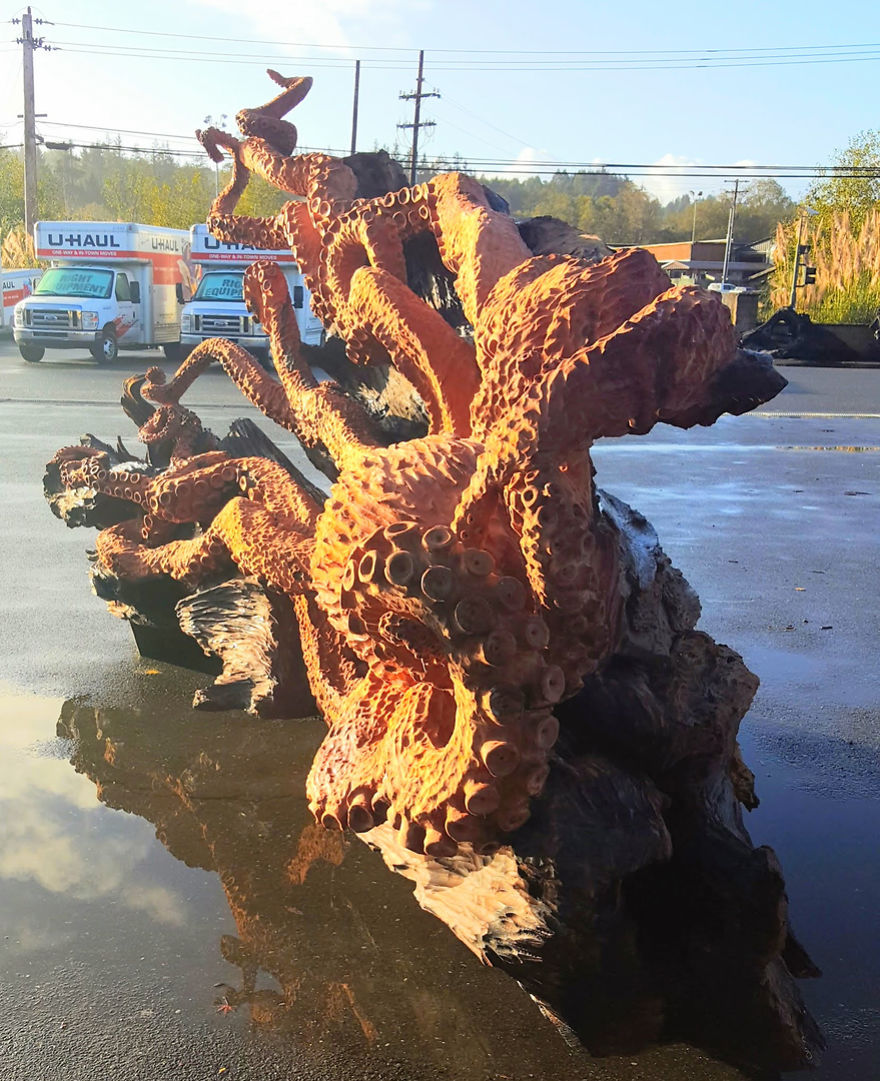 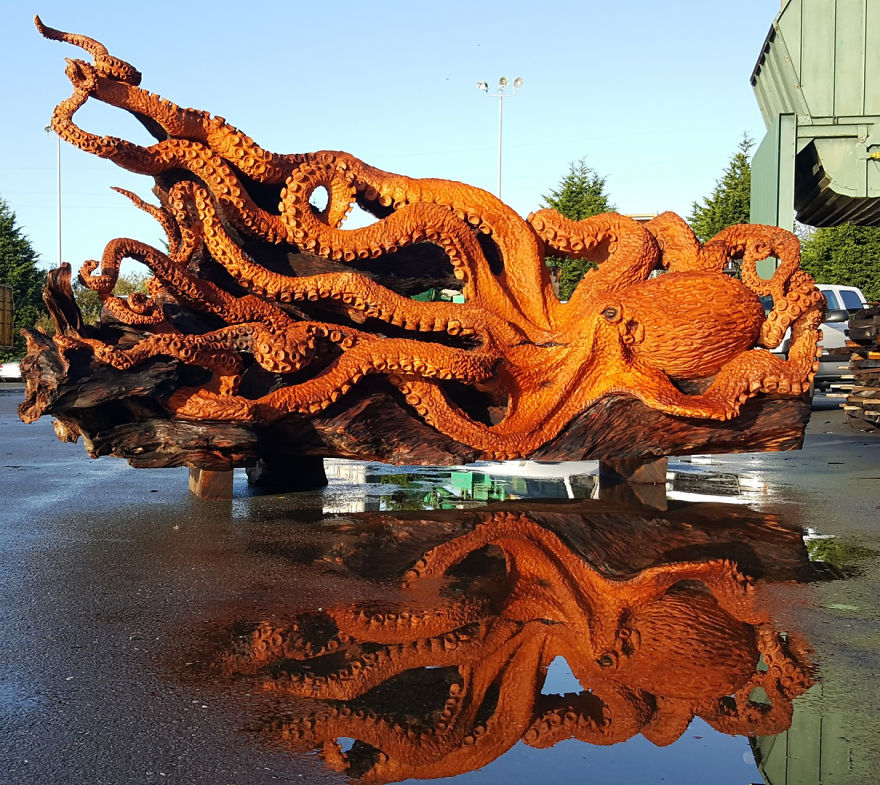 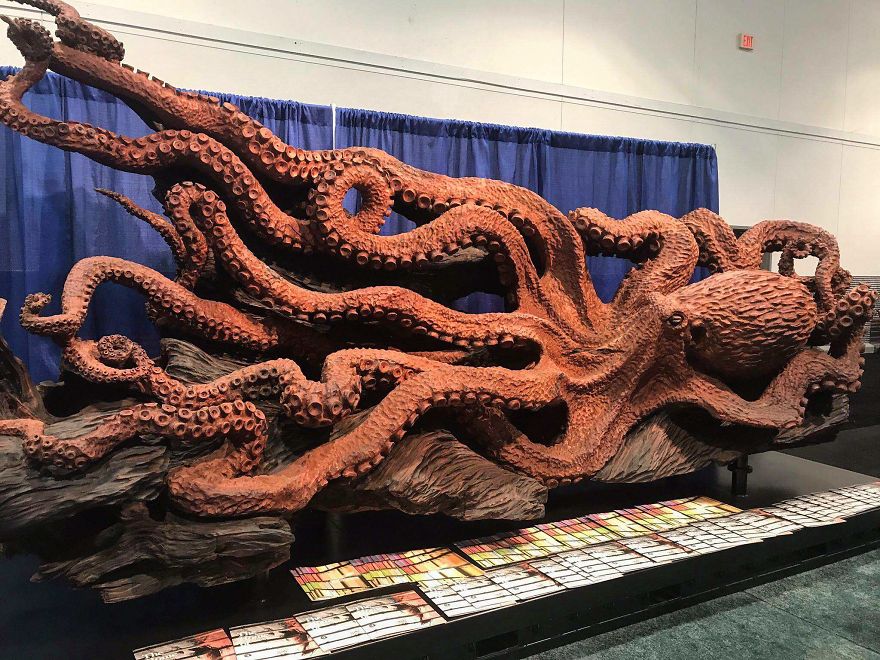