People Thought They Saw An UFO Landing, Turns Out It Was a SpaceX Project 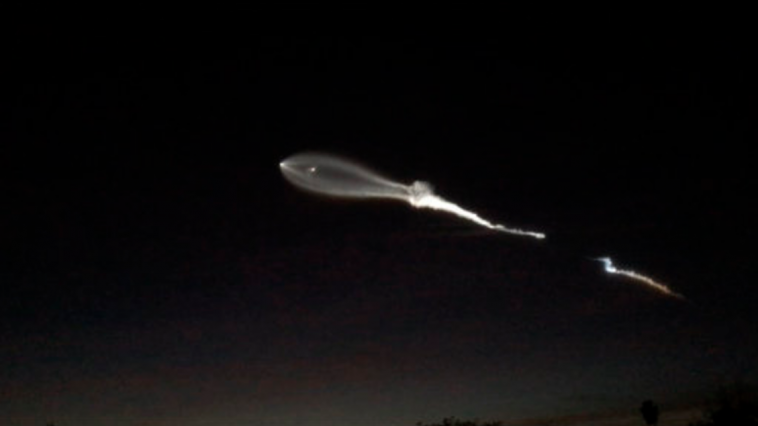 Something unusual happened in the sky over California recently, and all the people that witnessed the strange event had no doubt in their minds that it was an UFO. But they could not be further from the truth. The object they saw in the night sky actually was another of Elon Musk’s space projects, and not only did he pulled out a successful experiment, he got a few laughs from it, too.
Here is what the crowds saw:

At one point, it seemed like the end of the world was coming. Just like in “War of the Worlds”, and a lot of people started calling local TV stations, the police and wherever they could. They were worried and maybe a bit frightened about not knowing what they observed, so they reported it and hoped to get an answer. They were probably quite relieved when, eventually, it was announced that in reality the strange phenomenon was part of the “Vandenberg launch” program, run by the SpaceX tech company. As you have probably guessed, the launch was executed at the Vandenberg Air Force Base.

The Falcon 9 rocket that was launched into orbit from the Pacific coast last night was carrying ten of the latest generation communication satellites. The launch created quite a show and literally lit up the California night sky.
The rocket left a beautiful white exhaust trail, which caught the last sunshine rays while soaring above the stratosphere. A beautiful teardrop-shaped mark was left in the sky after the exhaust plume expanded, and the sight of it was the reason so many people were confused about what they just witnessed. Only a few people probably knew for sure what they were seeing. When a rocket is launched after the sunset or just prior to sunrise, the object can create a spectacular effect like last night’s event, because it passes through rays of sunlight, and the people watching from below are already in darkness. 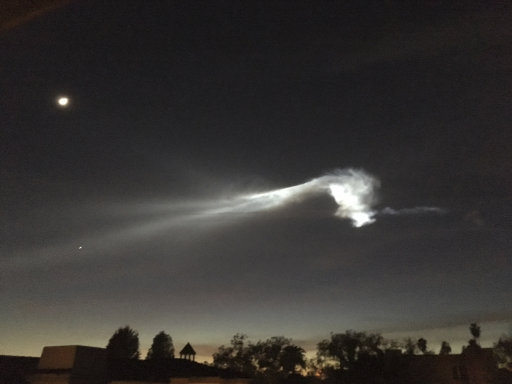 The contrail from a SpaceX Falcon 9 rocket is seen from Pasadena, Calif., about 150 miles east from its launch site in Vandenberg Air Force Base, Calif., on Friday, Dec. 22, 2017. A reused SpaceX rocket has carried 10 satellites into space from California, leaving behind it a trail of mystery and wonder. The Falcon 9 booster lifted off from coastal Vandenberg Air Force Base shortly before 5:30 p.m. Friday. It carried the latest batch of satellites for Iridium Communications. (AP Photo/John Antczak)

According to news reports, more than 130 people from a small area of the LA County dialed 911 on Friday night. They were provided with information about the launch from the Vandenberg Air Force, which is located in the middle of the state.
SpaceX’s CEO Elon Musk did not miss the chance to have a little fun and joked on Twitter, suggesting that it was a ‘nuclear alien UFO from North Korea’. However, he added that there is an even more spectacular launch coming up in January 2018, when SpaceX will apparently launch a bigger rocket with three cores. At least now everyone knows in advance.

Apart from residents and regular people, a lot of celebrities were apparently confused, too, and were wondering about the unusual sighting in the night sky.

Billy Ray Cyrus, will.i.am, Don Cheadle, Demi Lovato and Tony Hawk were among the celebrities that were puzzled by what they witnessed. 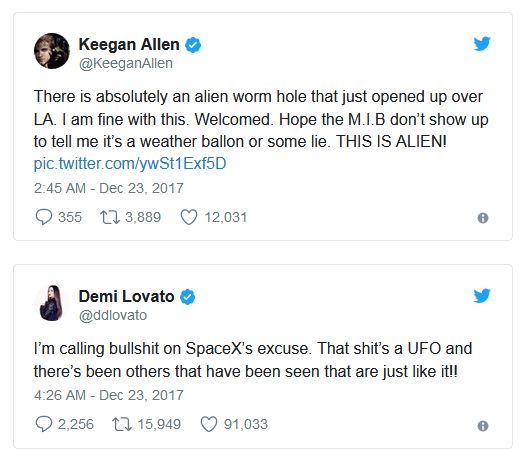 If you liked last night’s truly spectacular show, follow the newsfeeds and prepare to witness the next SpaceX launch within a few weeks.