Eria discovered this for herself recently, while on a roadtrip with her boyfriend, Scott. He had fallen asleep in the car, so she playfully asked people on the ‘I’m Telling God‘ Facebook group, a group that specializes in the dankest of memes, to photoshop some scenes into the background so she could tell him what he missed. “There’s a lot of funny, fucked up people in “I’m telling God,” Eria told Bored Panda. “I figured I’d get some interesting responses from them. I just had no idea how many! I had no idea it would blow up like that. I was totally impressed by everyone’s creativity and the amount of collaboration that happened between strangers in the comments.”

“We were on a roadtrip to an event. There were 5 of us in the car, but no amount of our energetic conversation, loud laughter, or the bumps in the road could wake him up. I took a picture because it was so funny to us that he could sleep through all that.”

Scroll down below to see the amazing results of Eria’s shout-out for yourself, and let us know what you think in the comments! 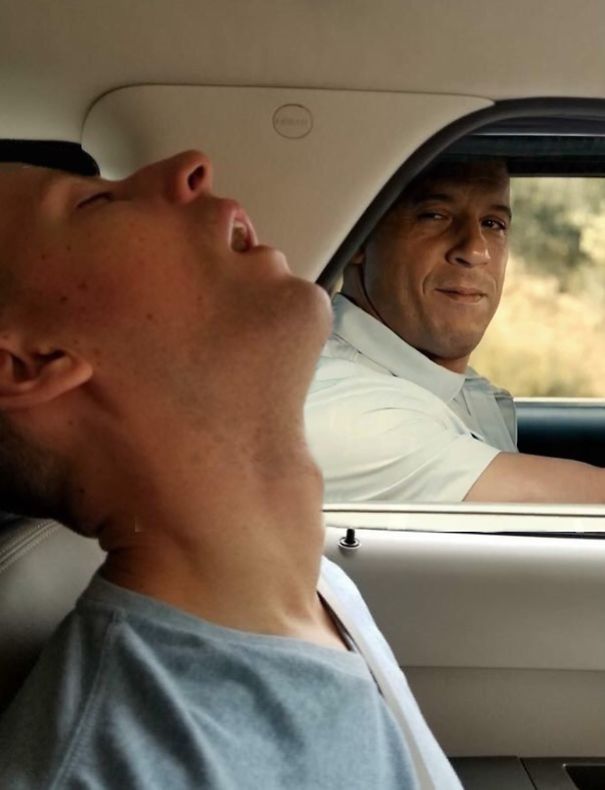 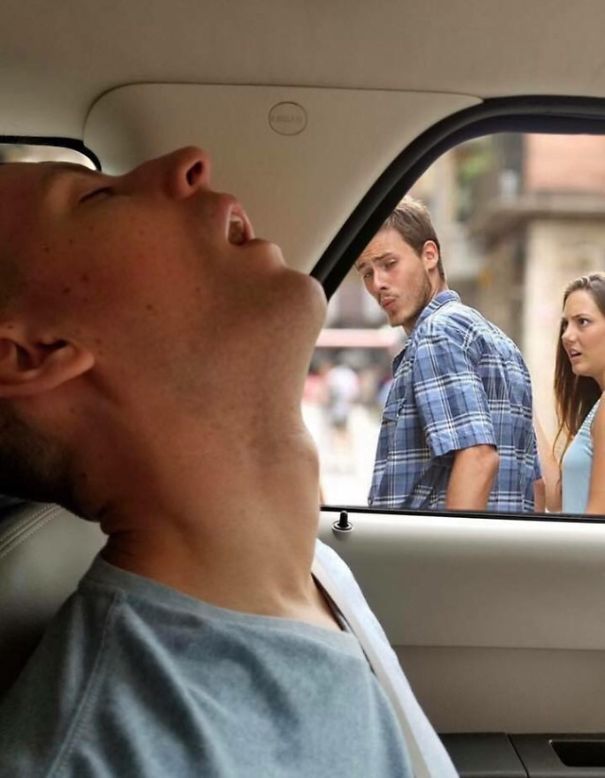 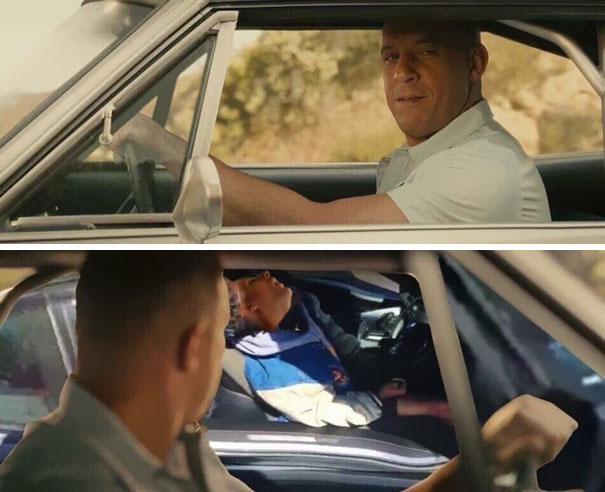 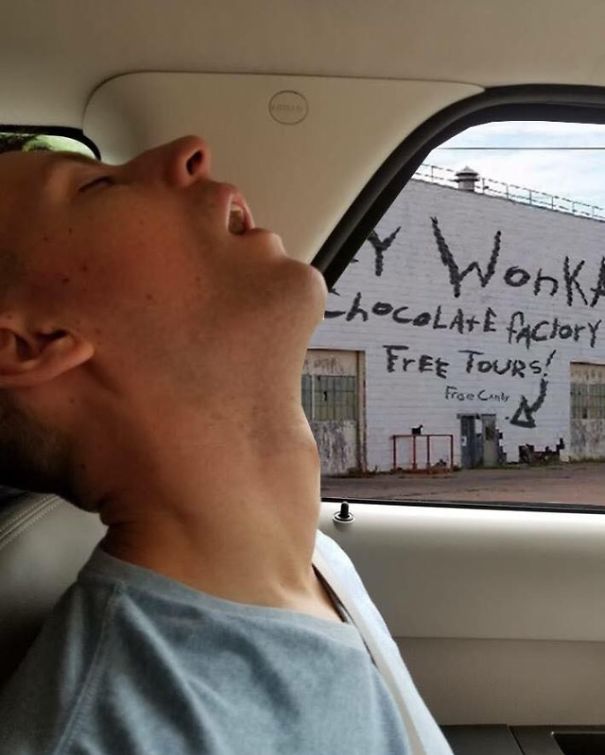 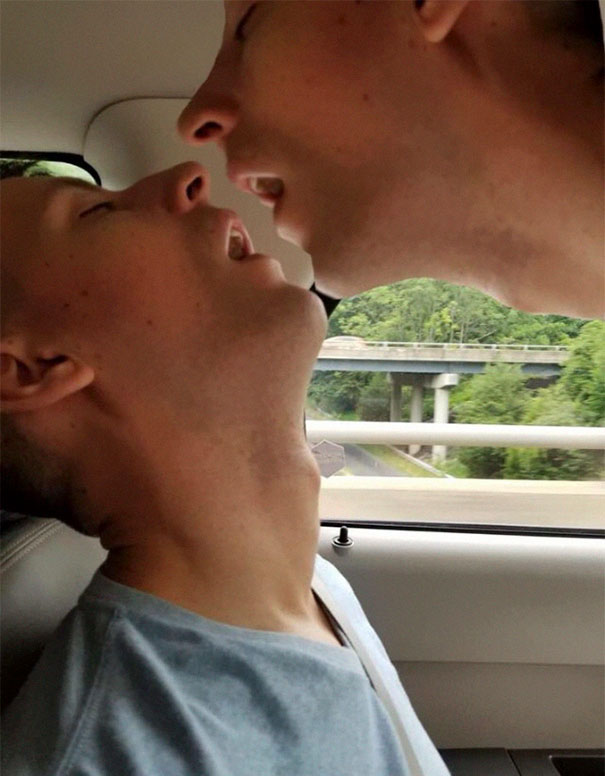 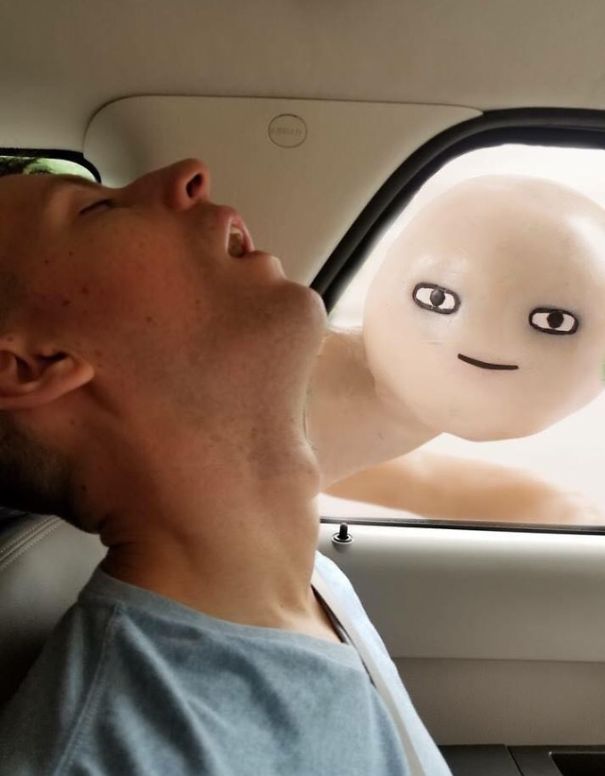 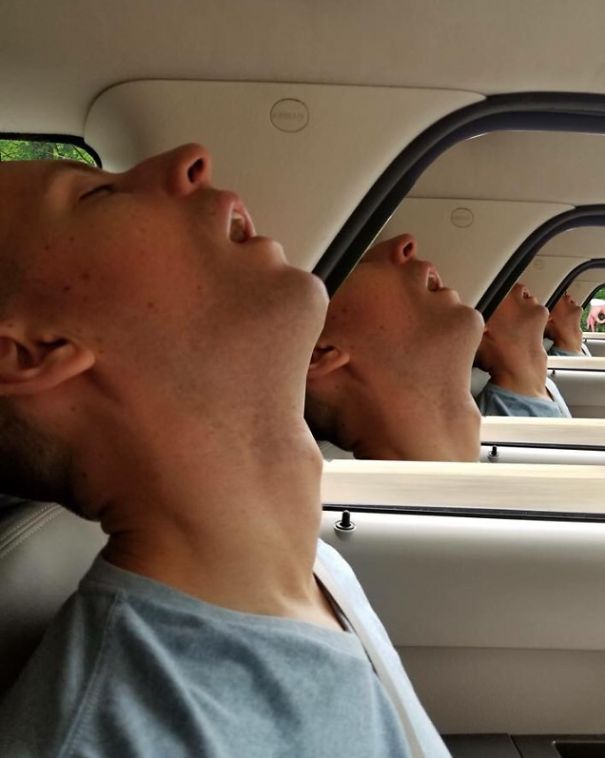 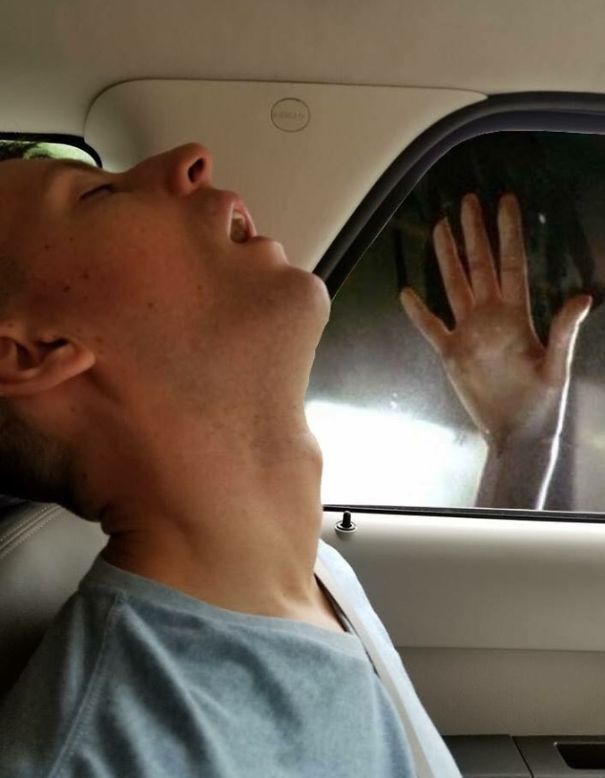 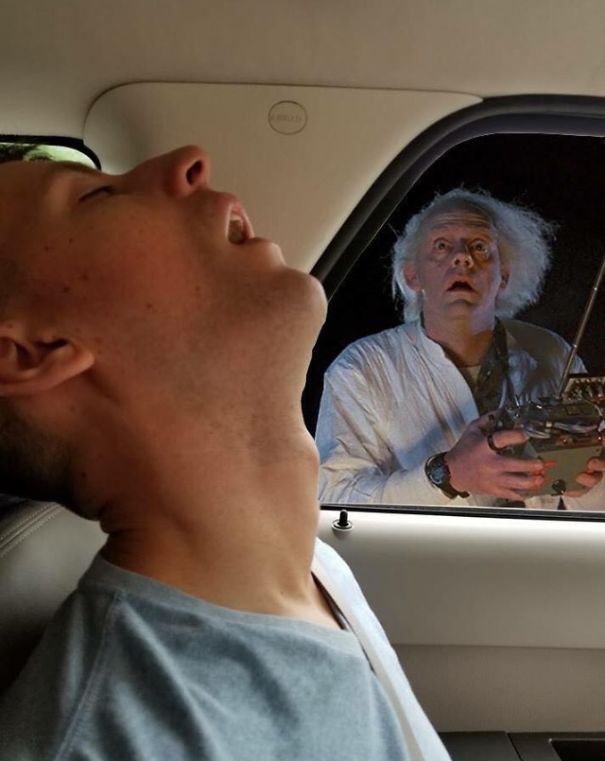 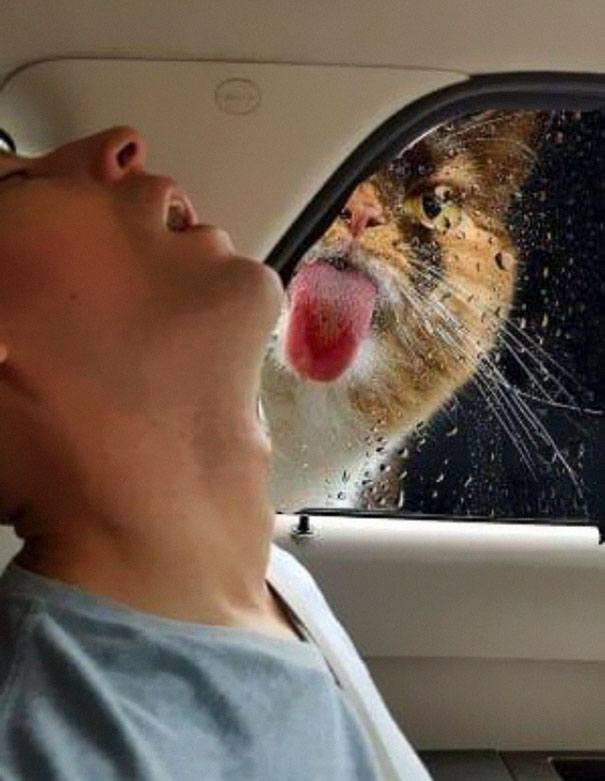 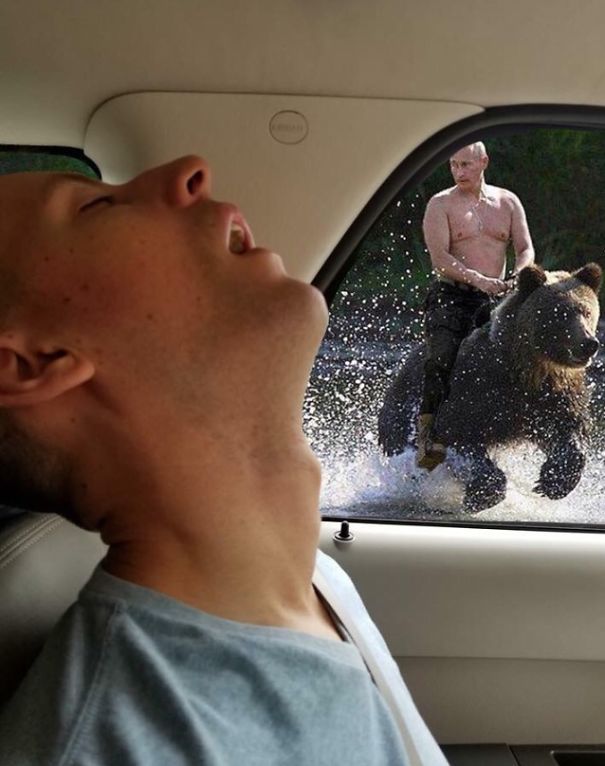 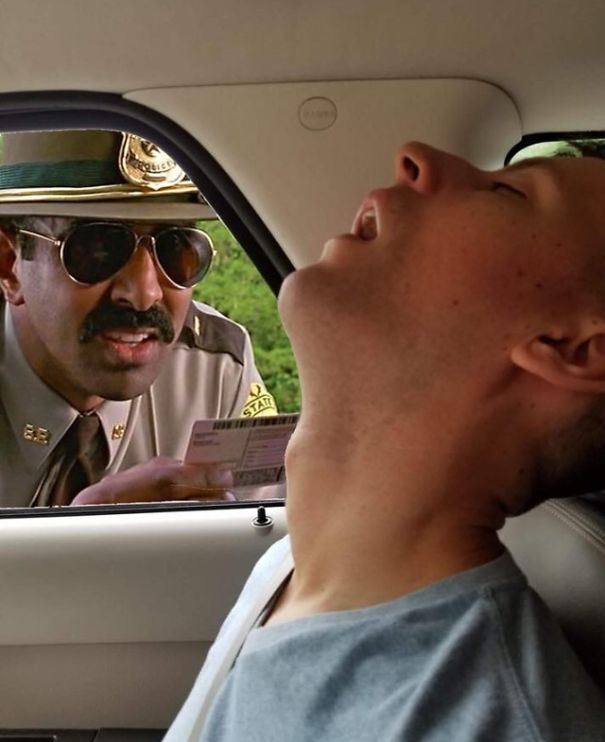 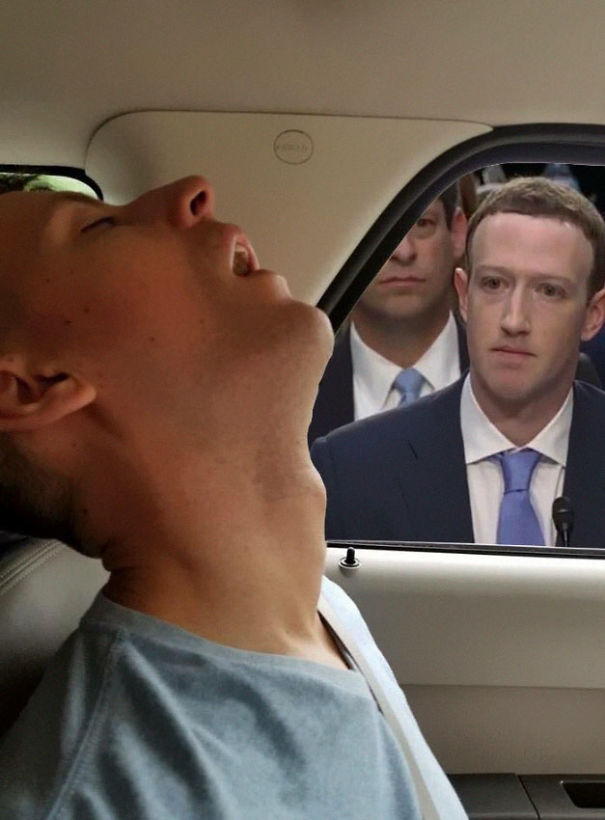 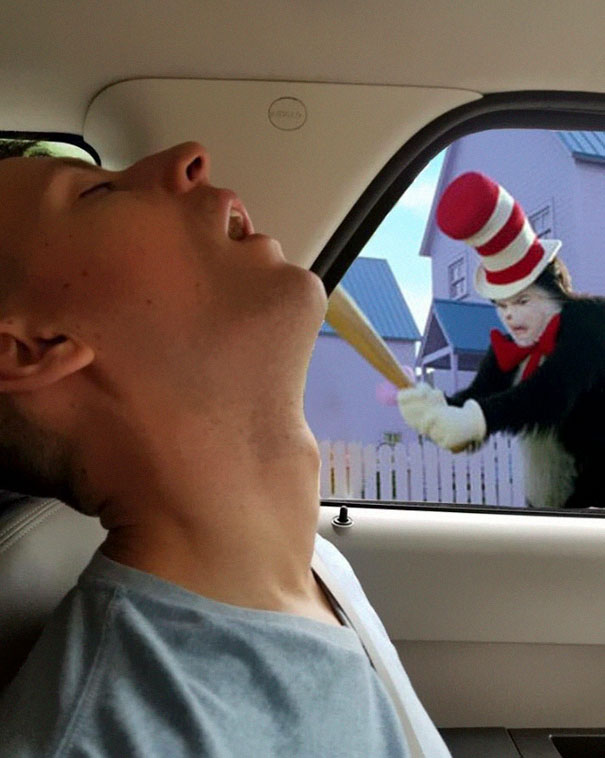 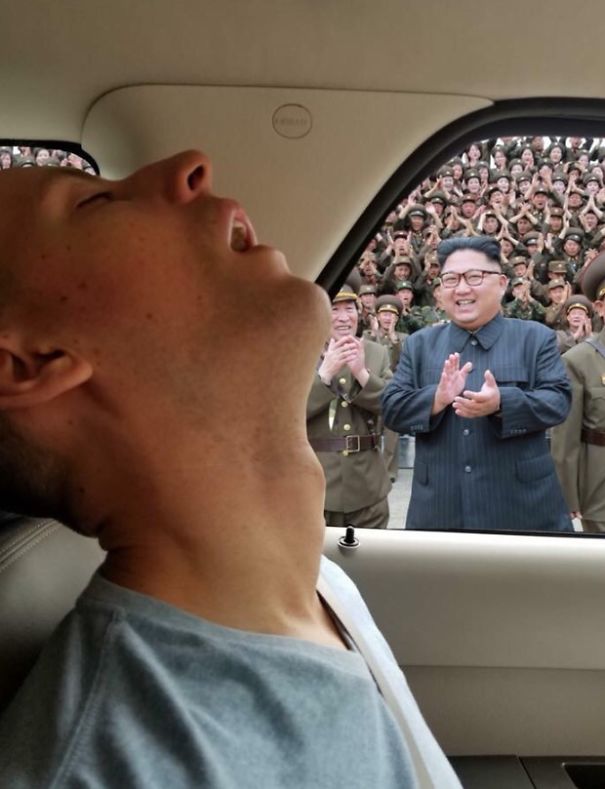 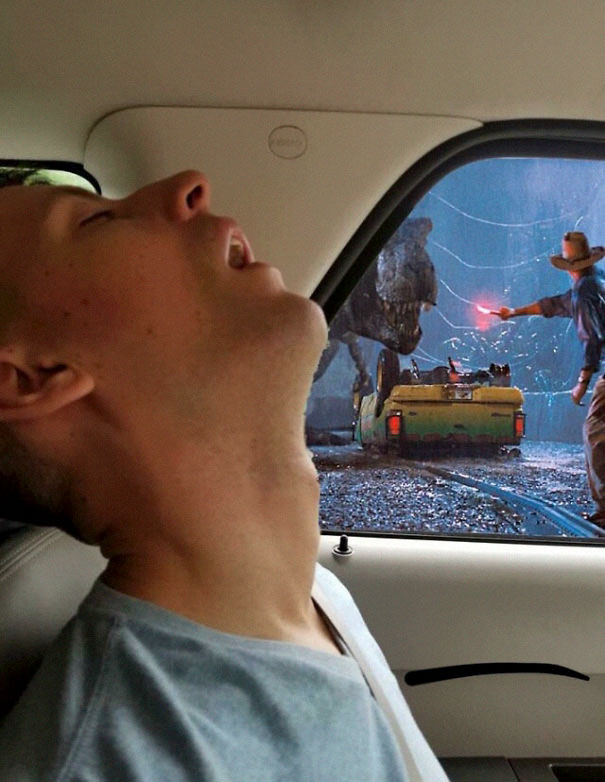