“My 4-year battle with birds” 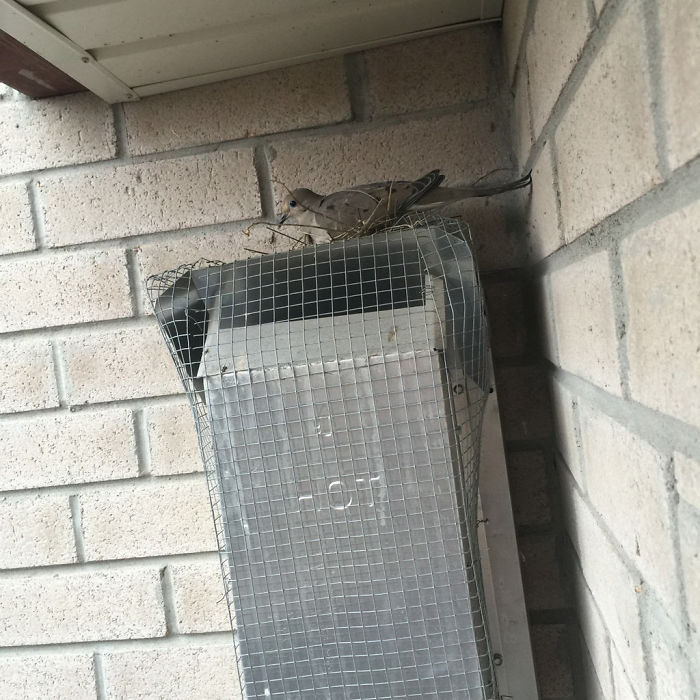 “So we bought a new house. This house has a nice gas fireplace and the exhaust was tucked neatly away near the back door. The problem was, the little nook appeared to be a perfect place for birds to nest because of the protection of the roof and heat from the fireplace” 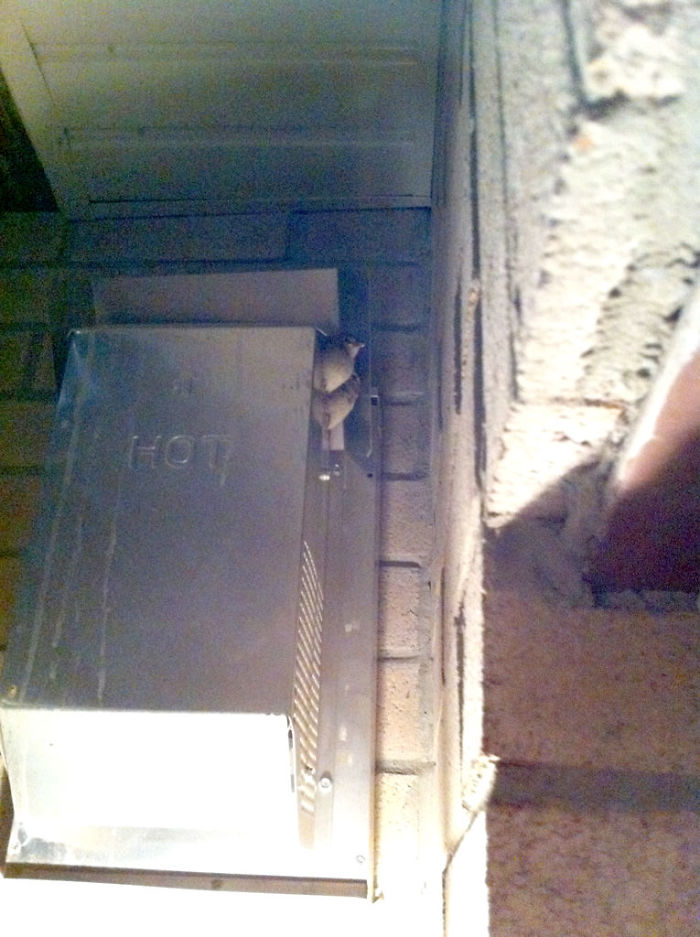 “August 2014: The first time I noticed the little guys, they caught me off guard, but thought nothing of it. They were just trying to keep warm, I figured. They startled easily and flew away whenever I would walk in/out of my back door, which scared the shit outta me. At first I ignored it, but they started shitting and building a nest INSIDE the exhaust” 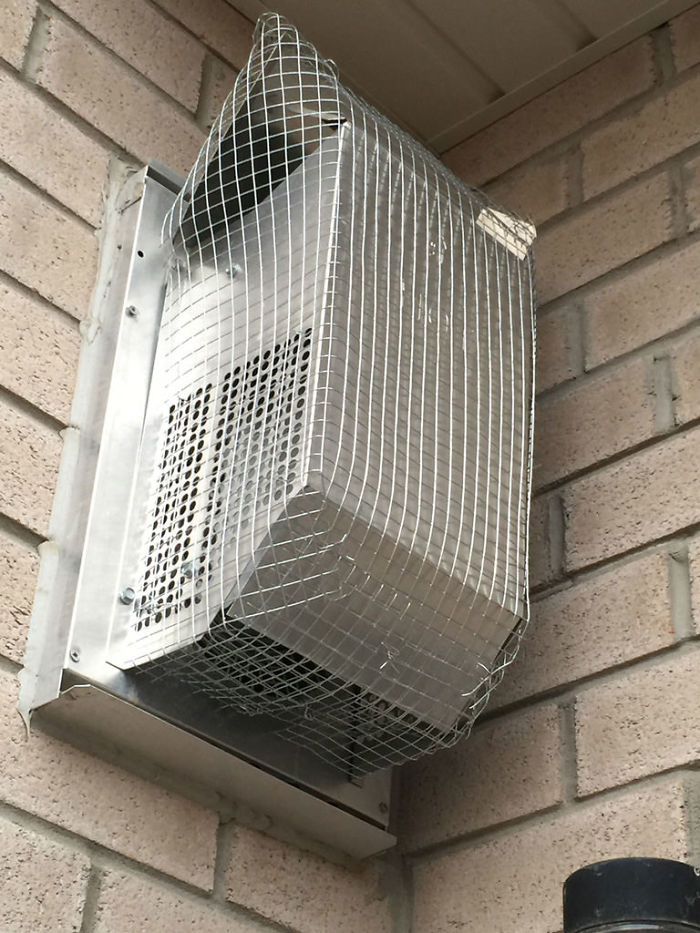 “March 2015: Next spring, I decided to wrap the exhaust in chicken wire (Iteration 1). I was proud of the tidy, little wrap I did, patted myself on the back and figured that was it…” 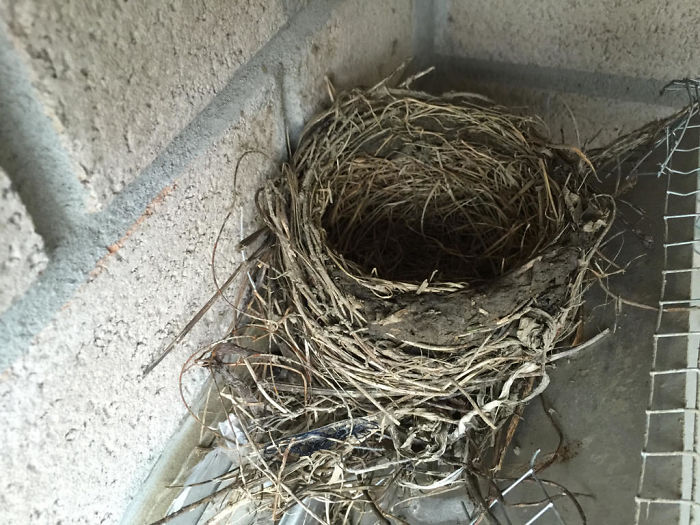 “May 2015: Apparently it wasn’t. They found a nice little crevice on top of the exhaust to build a neat, little nest. Ok fine. No babies, so nest is gone. Easy enough” 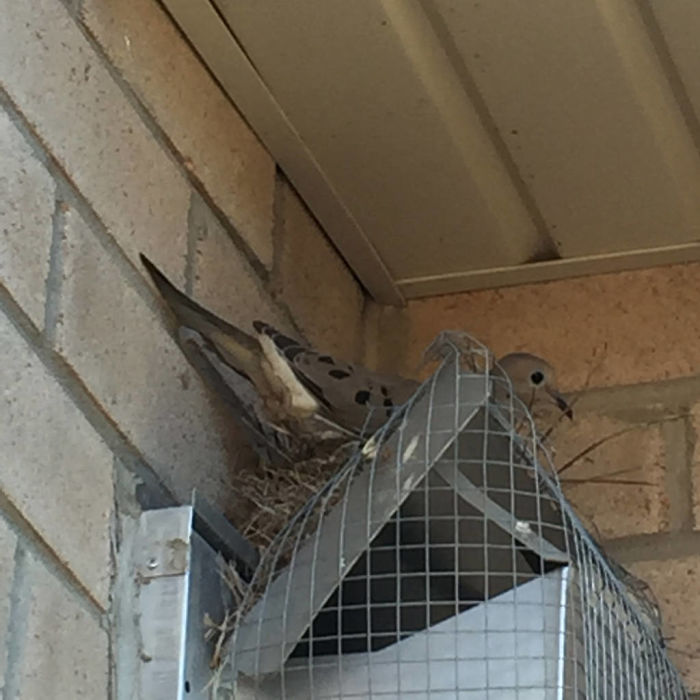 “The bird came back the very next day. Cleared it out and they didn’t seem to come back for the rest of the season. Awesome!” 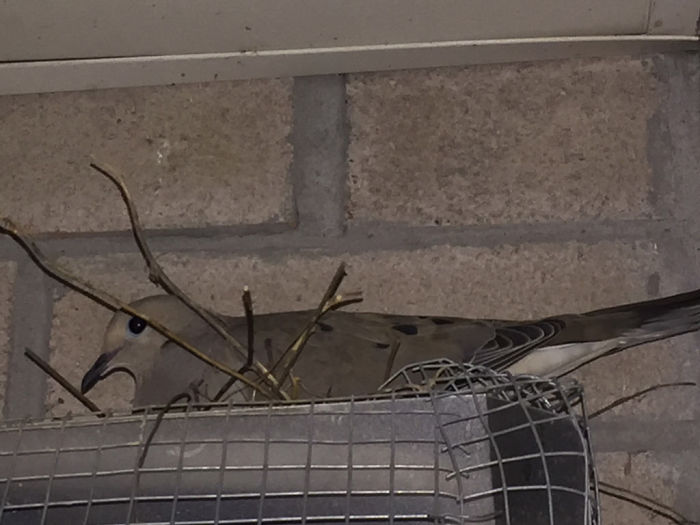 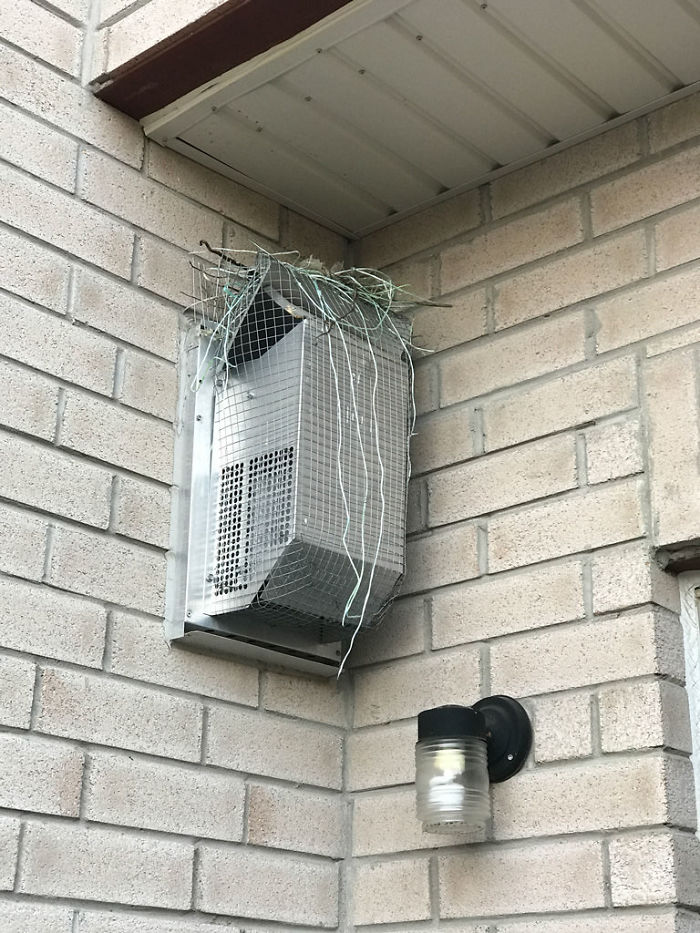 “Ok this is getting annoying. So I added bird spikes on top which I figured would keep them out for good. NOPE. They came back with a vengeance. It not only didn’t keep them away, but the spikes seemed to stabilize their nest. This time they brought coloured twine! I cleaned out the nest, next day they came back with more blue twine. Cleaned it out, and THEY CAME BACK AGAIN WITH MORE GODDAMNED TWINE.. They must have had a stock pile somewhere” 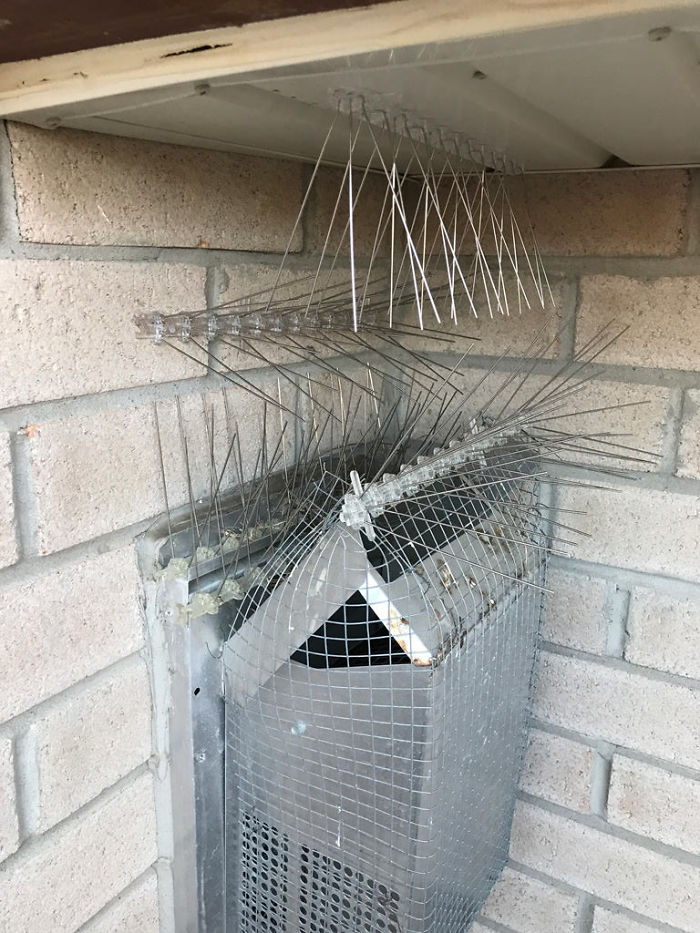 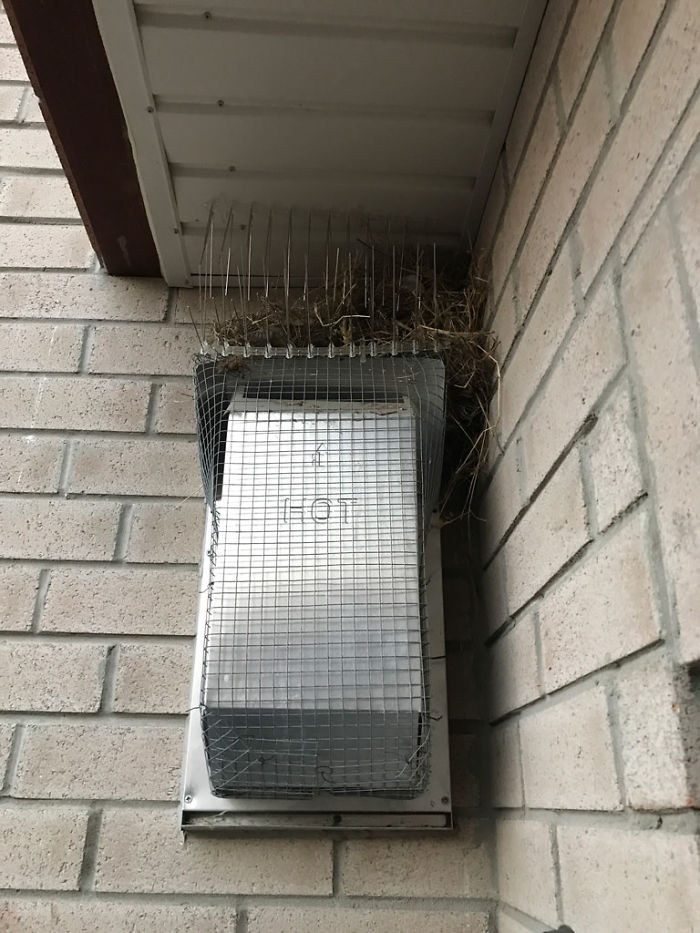 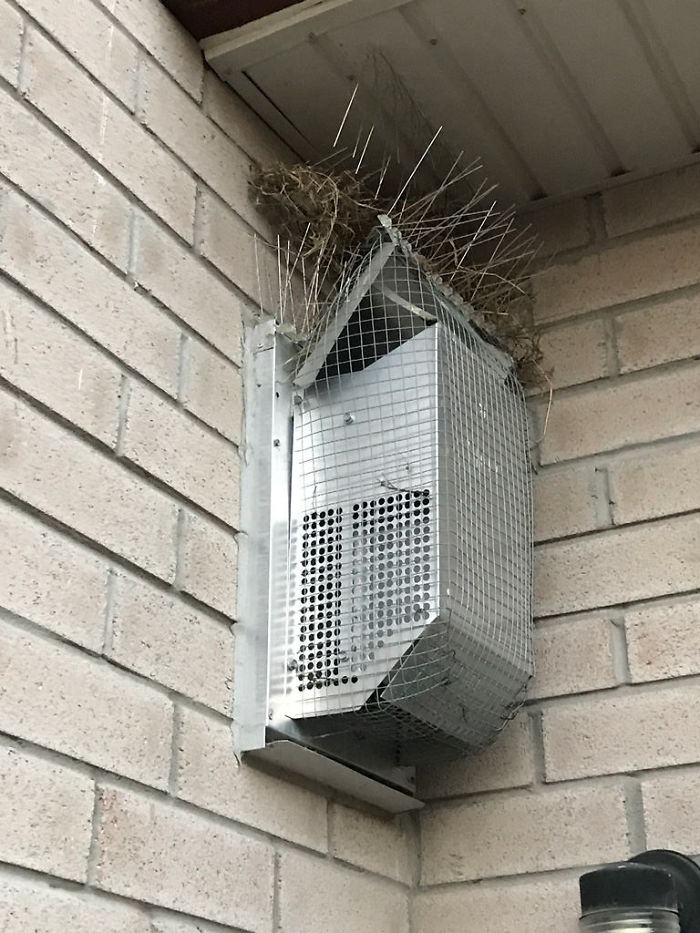 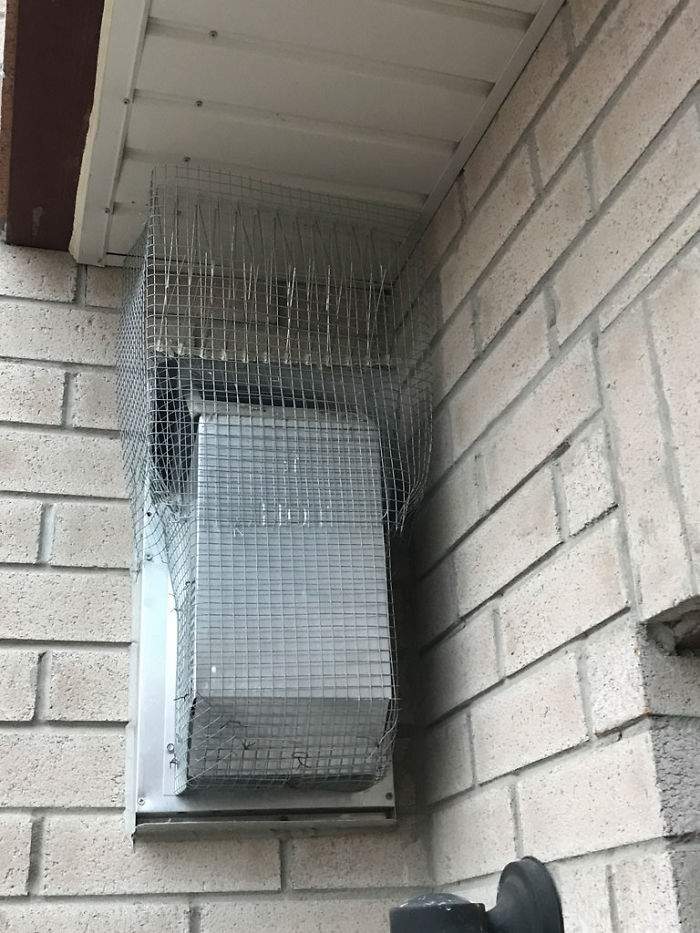 “Wrapped the entire opening at the top” 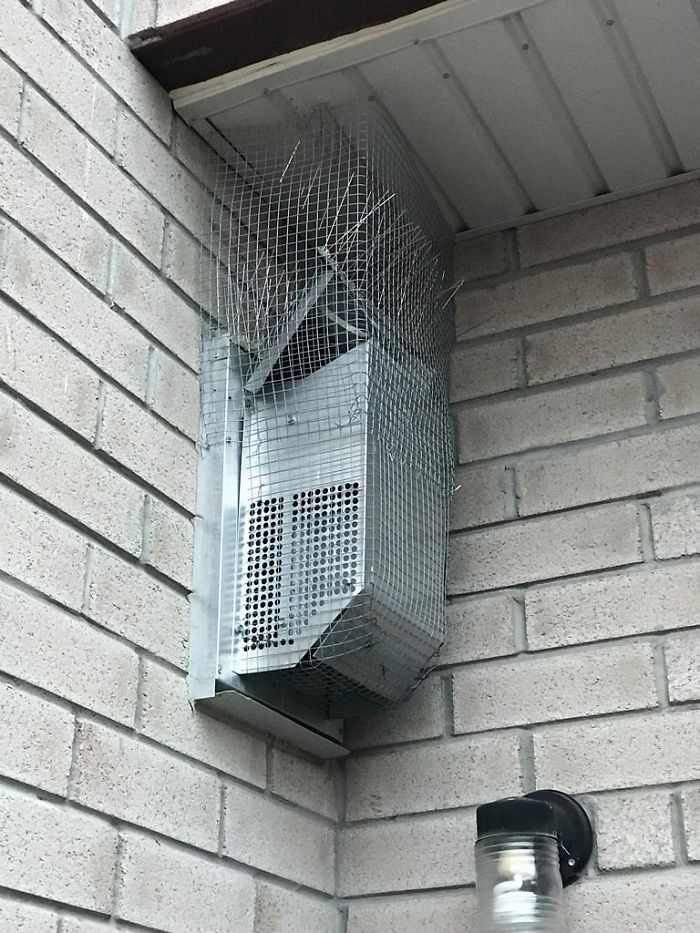 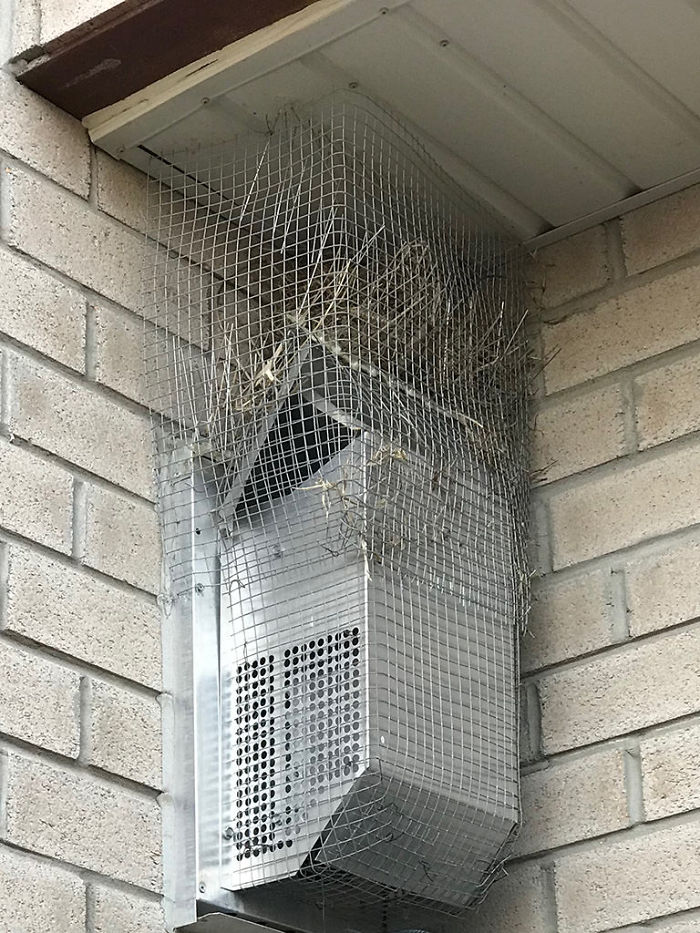 “May 2018: what the absolute f*ck??! HOWWWW???!! So apparently, I left a small opening on the right side. Those birds were flying up into their now high-end GATED F*CKING COMMUNITY!” 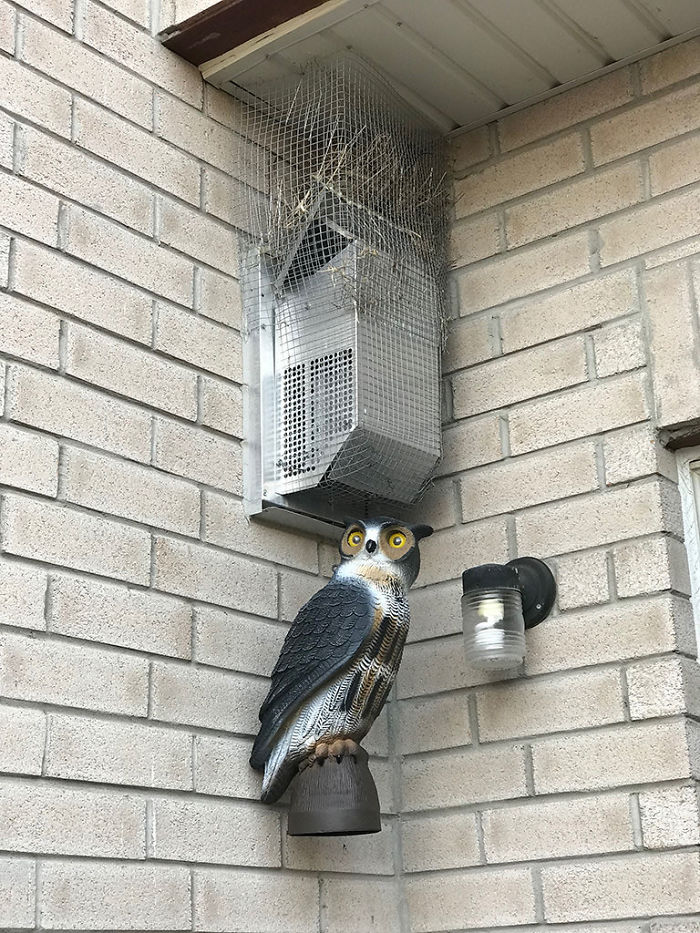 “May 2018: Meet Dr. Who. He scared the hell out of those birds and they haven’t been back since” 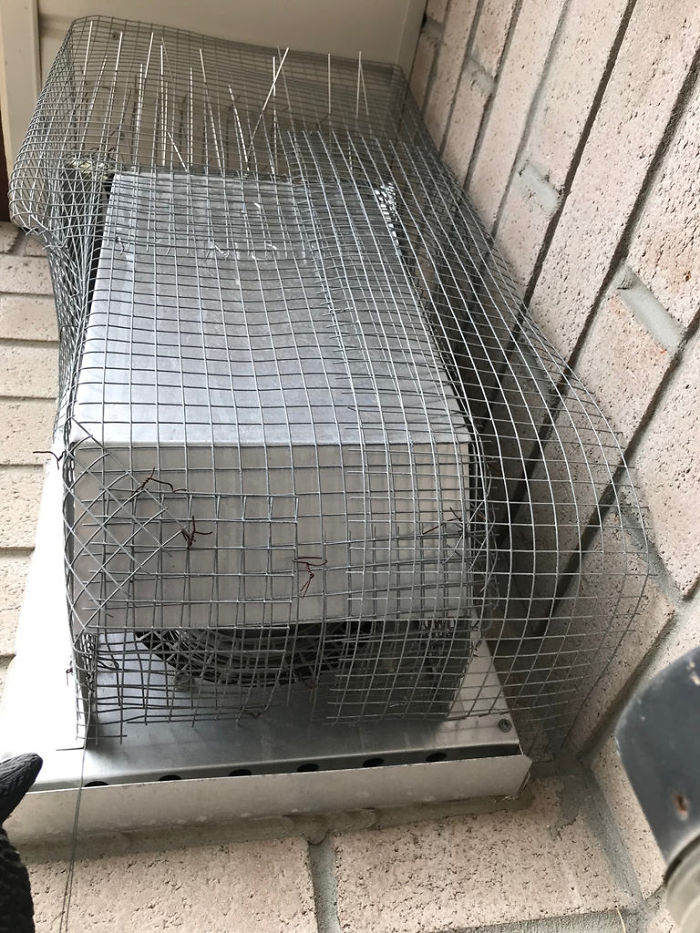 “July 2018: closing the gap on the right side just for good measure. They gave me a run for my money and it’s not pretty, but after 4 years, lots of bird shit and 6 iterations, I think this will be the final one. If I see them back next year, I may just give in and try to charge them rent” 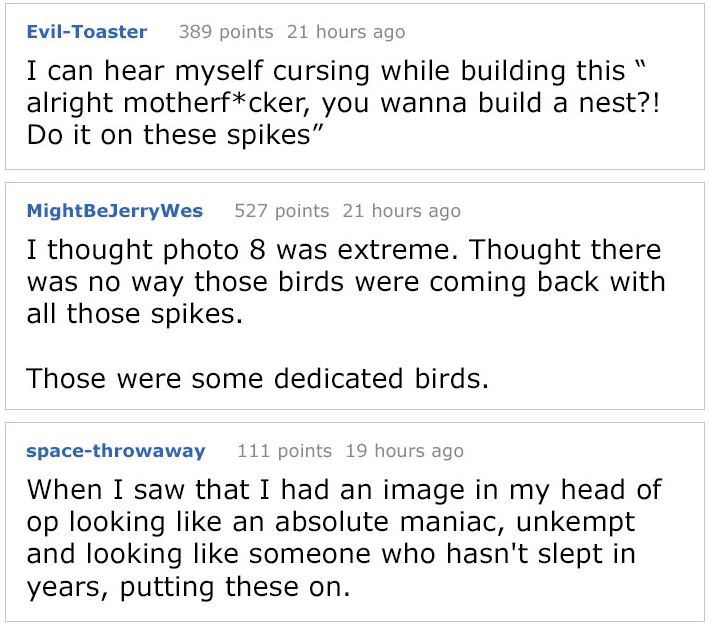 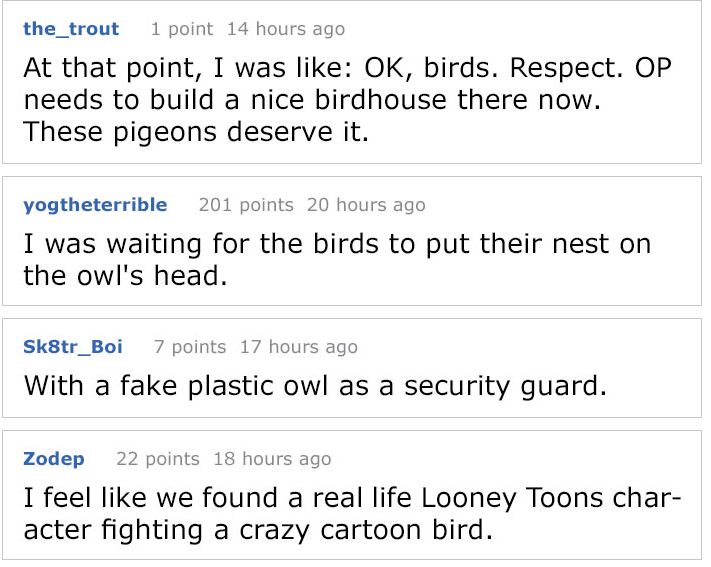 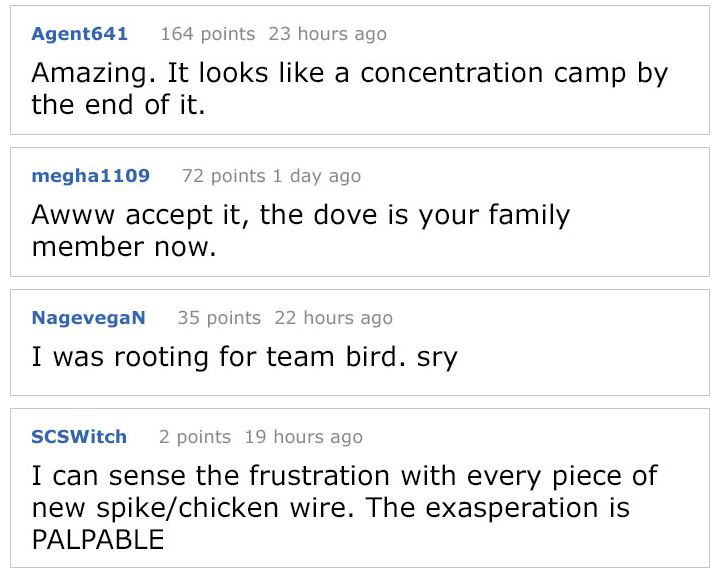 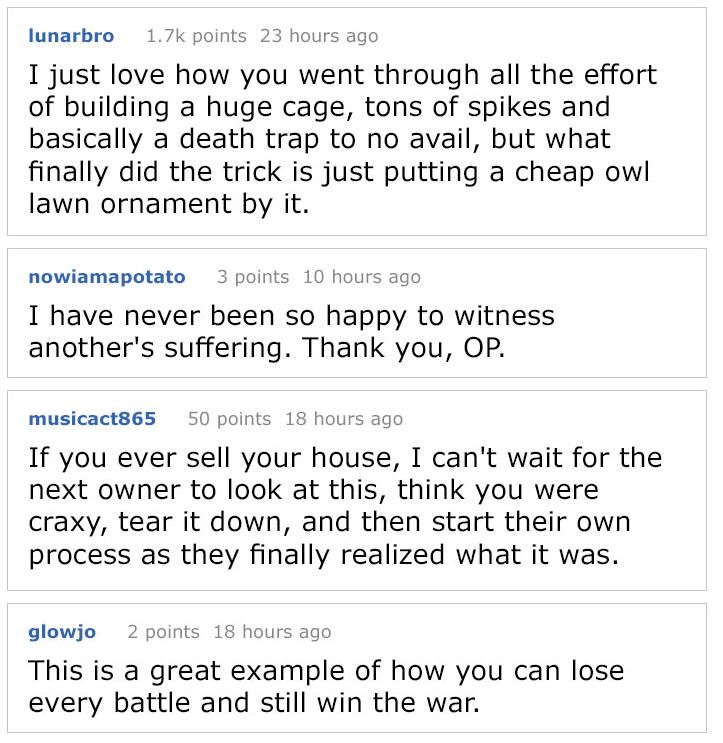