The Perry Bible Fellowship is the perfect middle between the whimsy and the morbid. And it has been since 2001 when its creator Nicholas Gurewitch drew the first strip. Nicholas describes his style as “the clarity of obscurity”, and his work is a real treat to all the dark(er) souls out there.

Usually consisting of three or four panels, the comics have originated in the Syracuse University newspaper The Daily Orange. It tackles difficult topics head-on, and some of the most common themes include irony, religion, sexuality, war, science fiction, suicide, violence, and death. 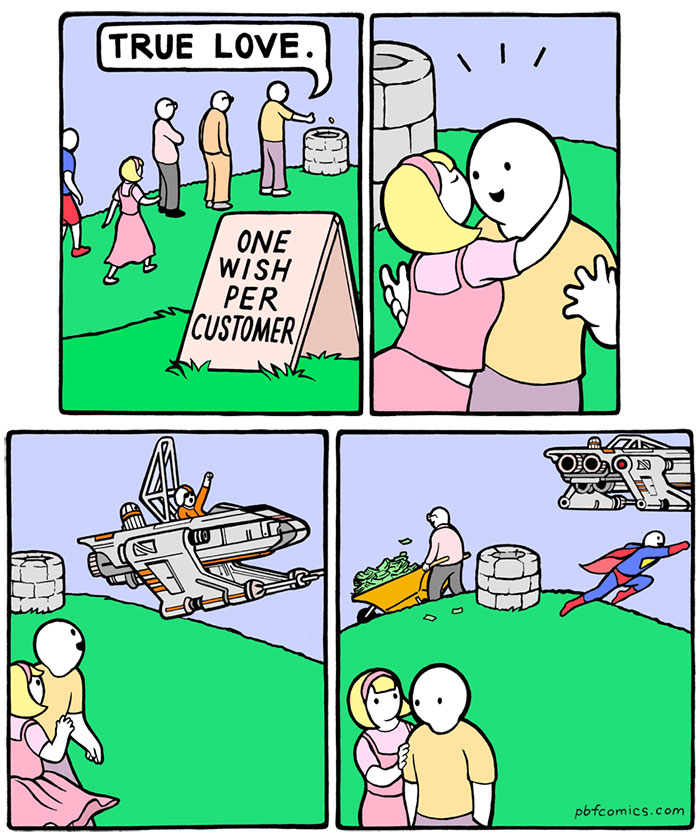 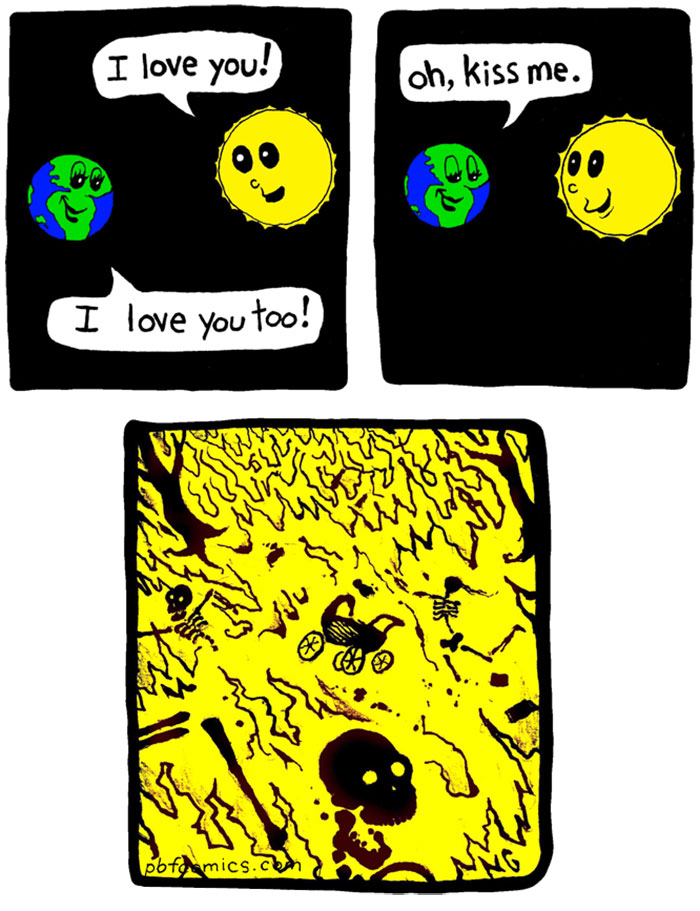 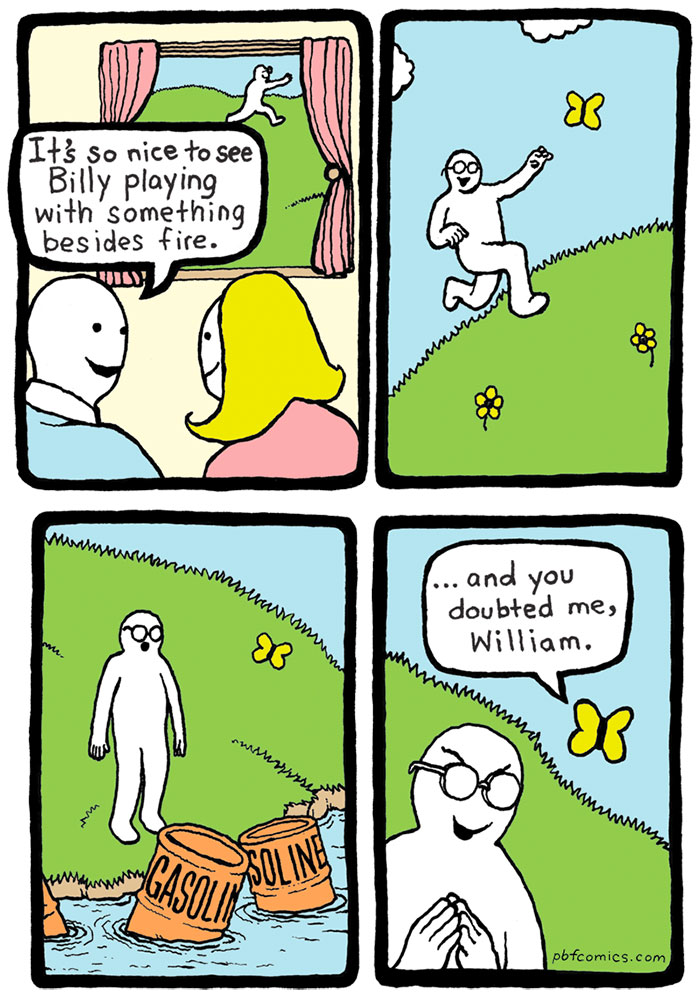 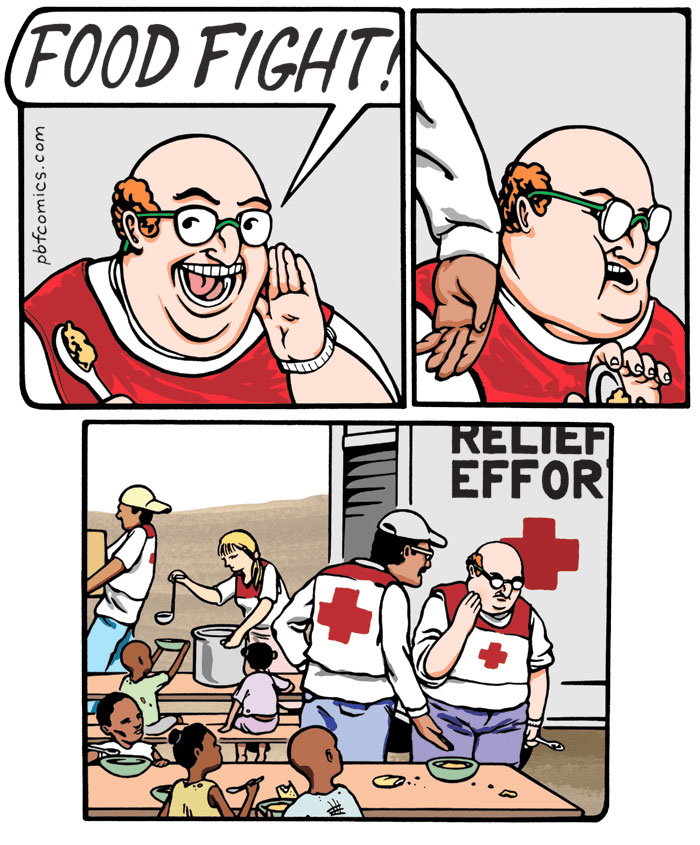 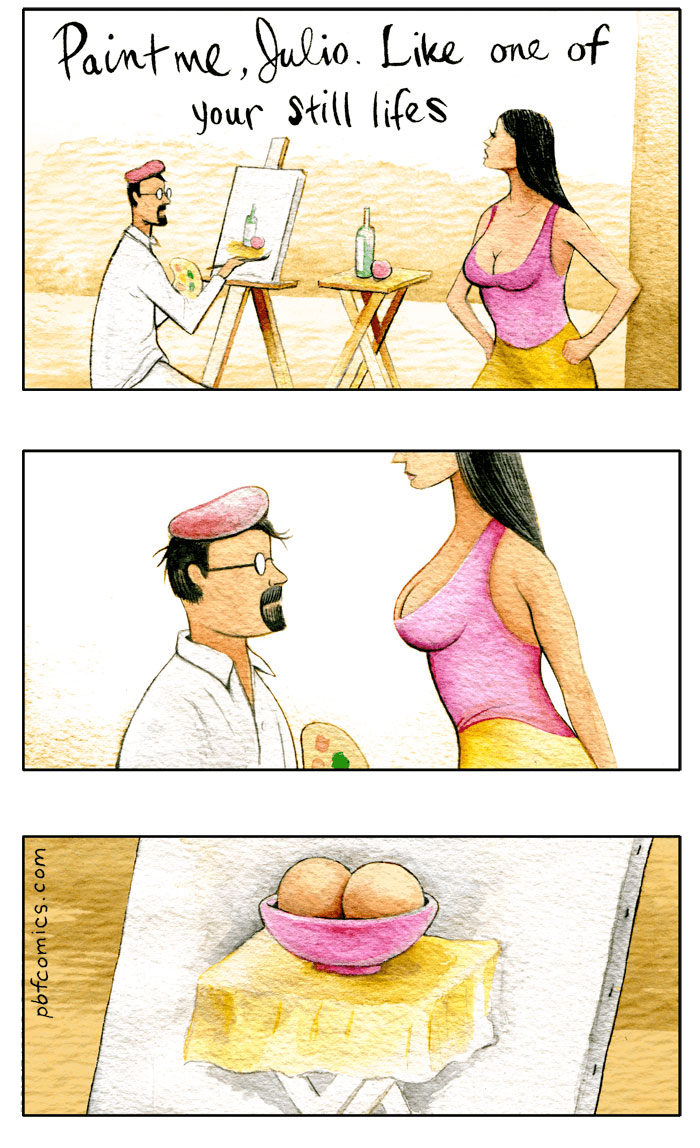 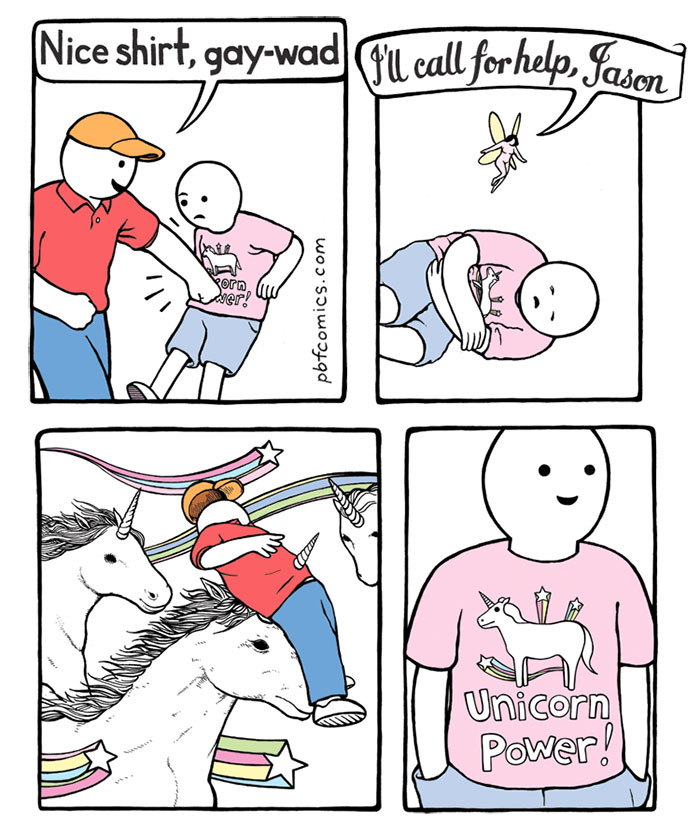 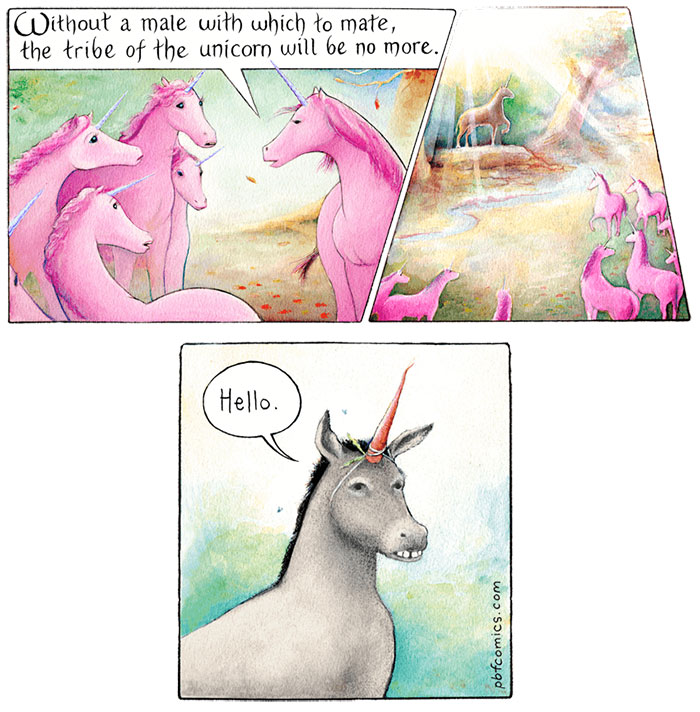 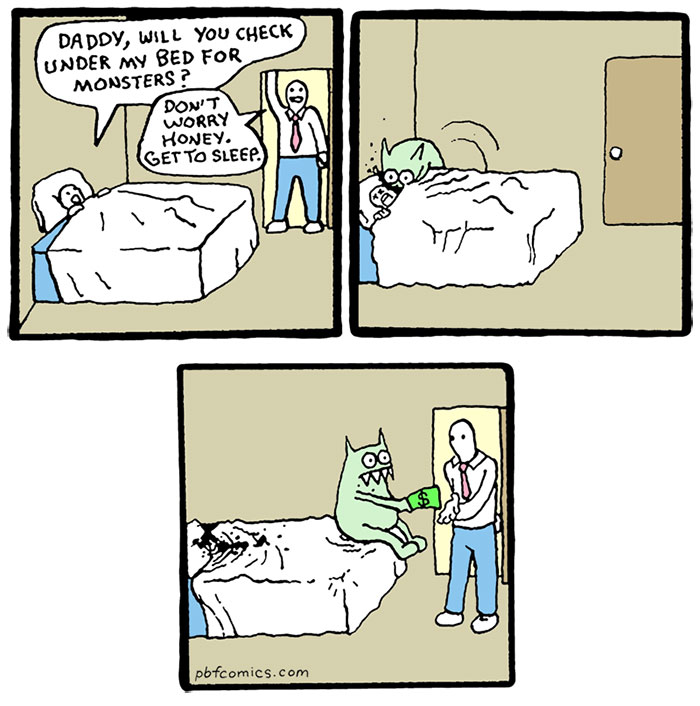 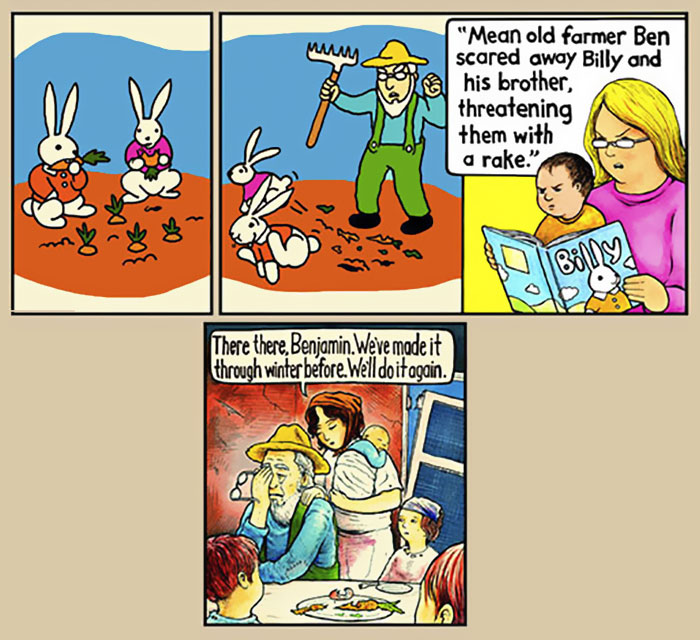 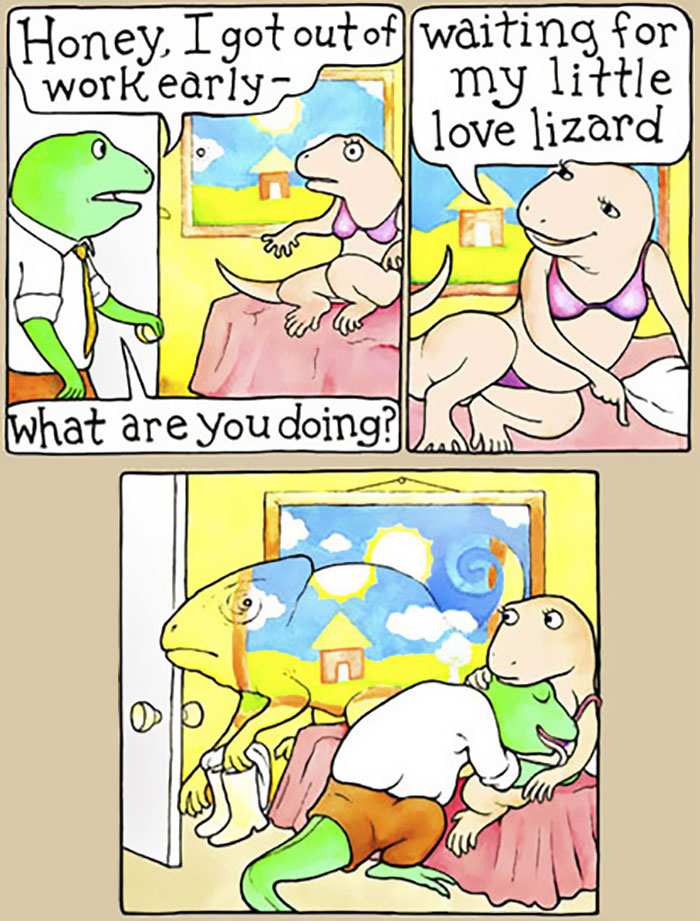 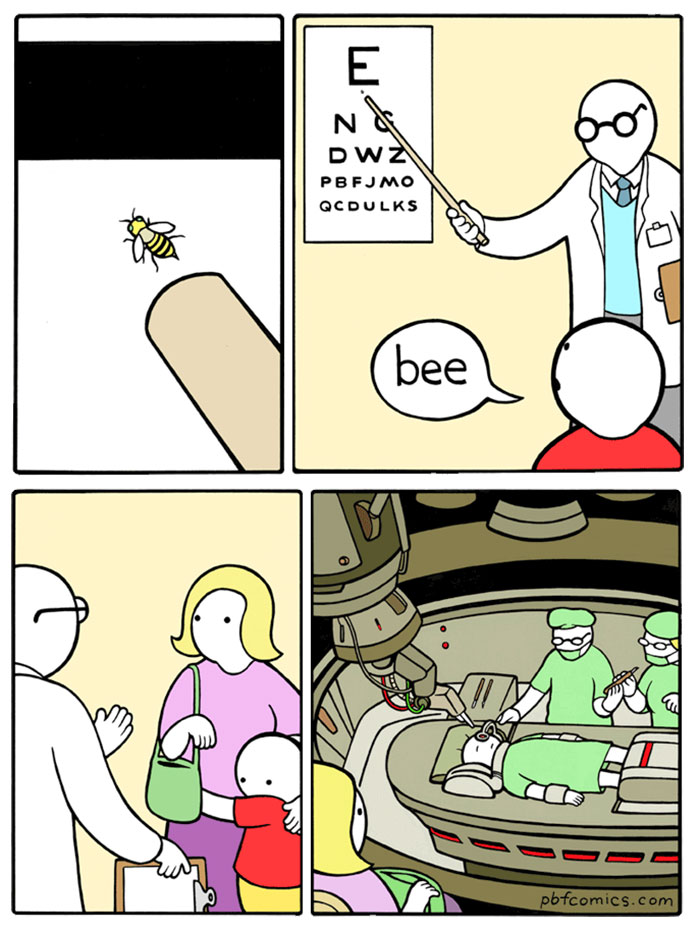 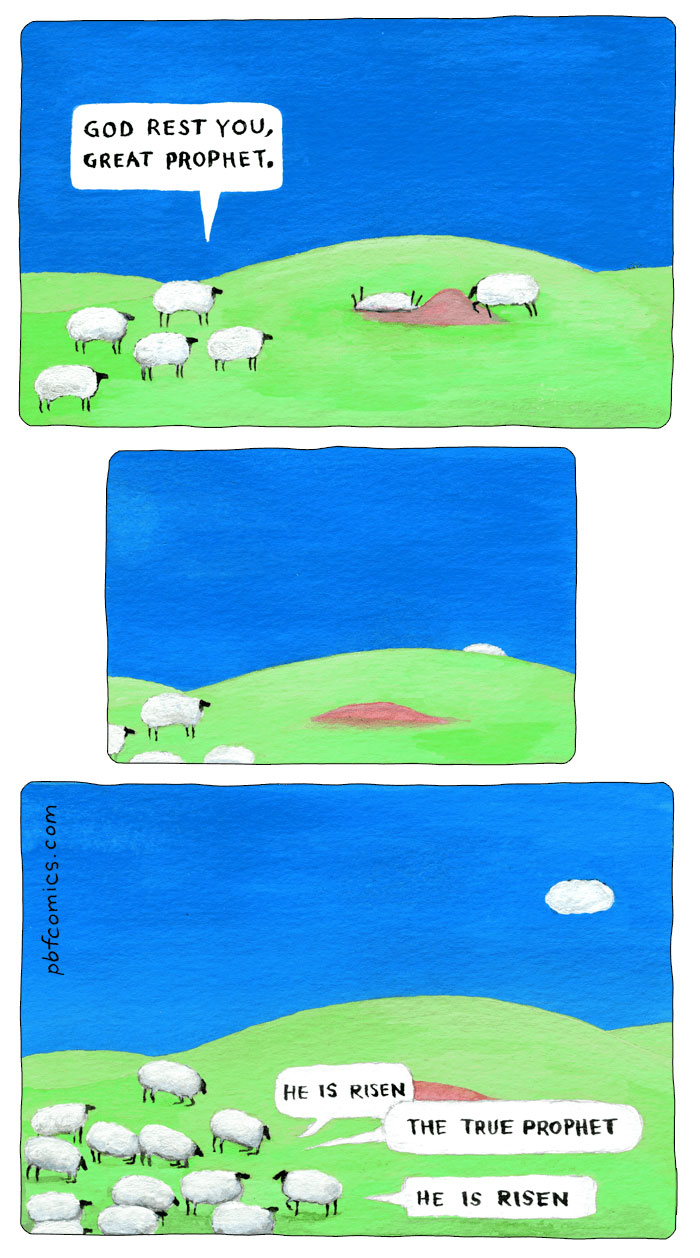 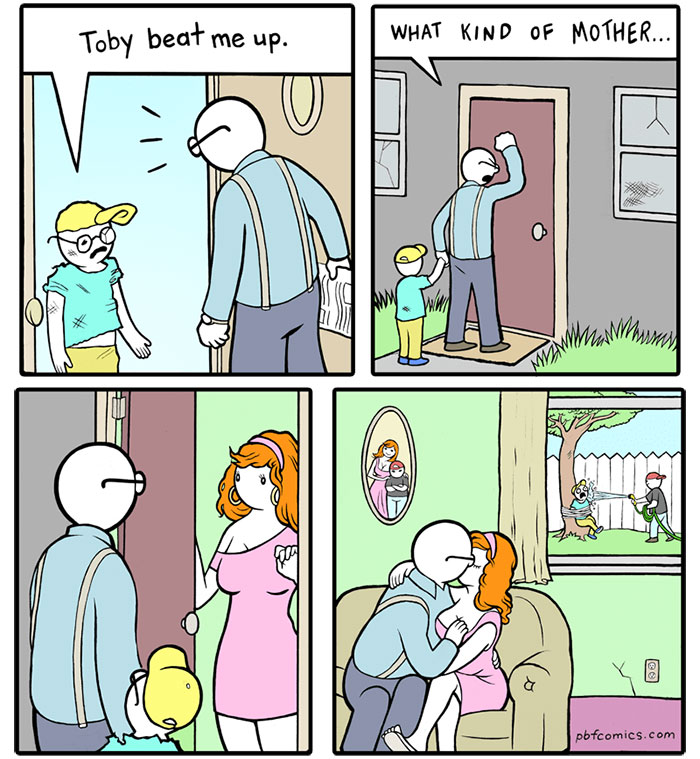 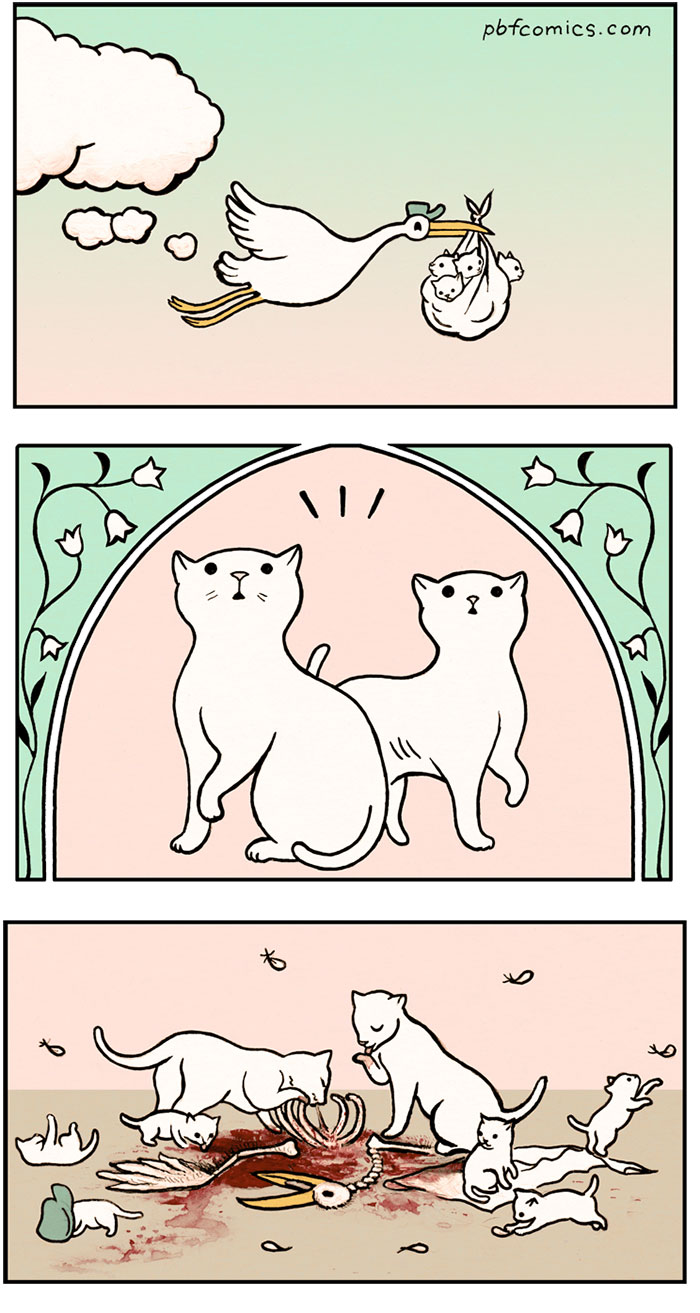 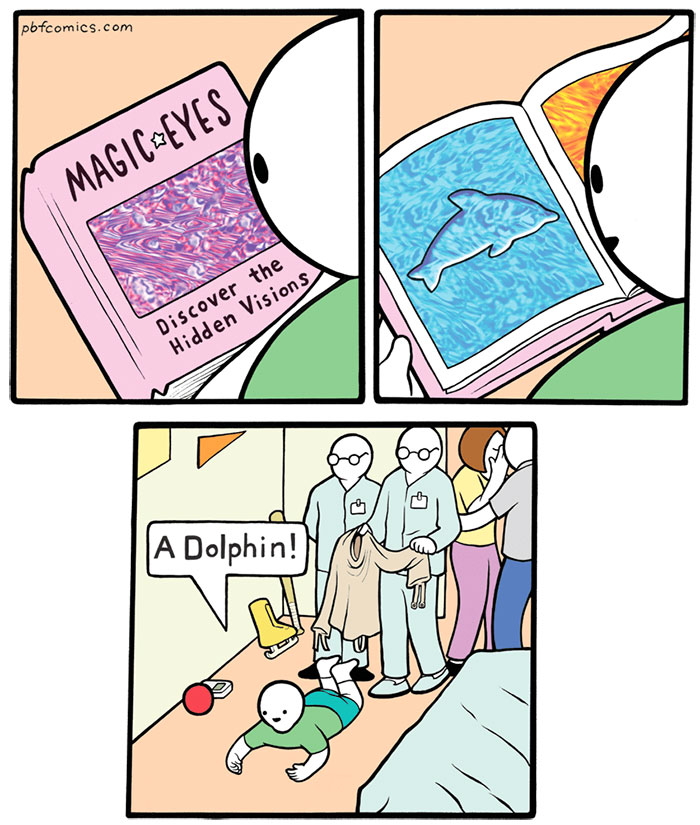 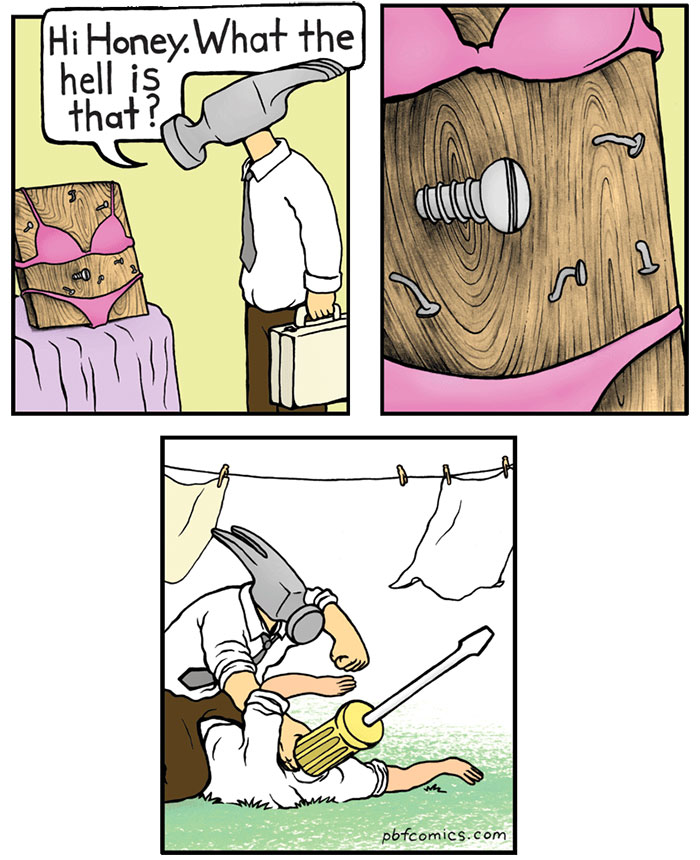 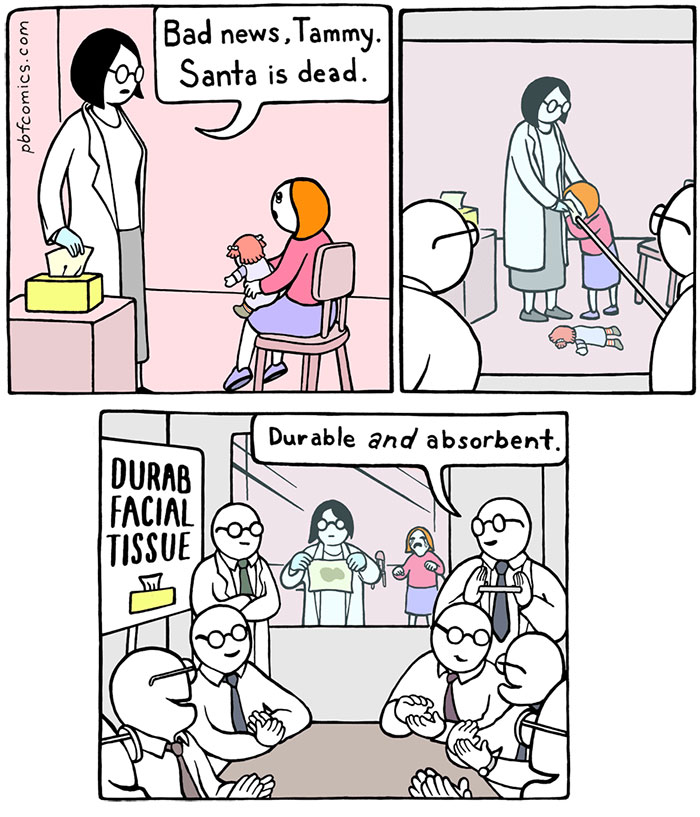 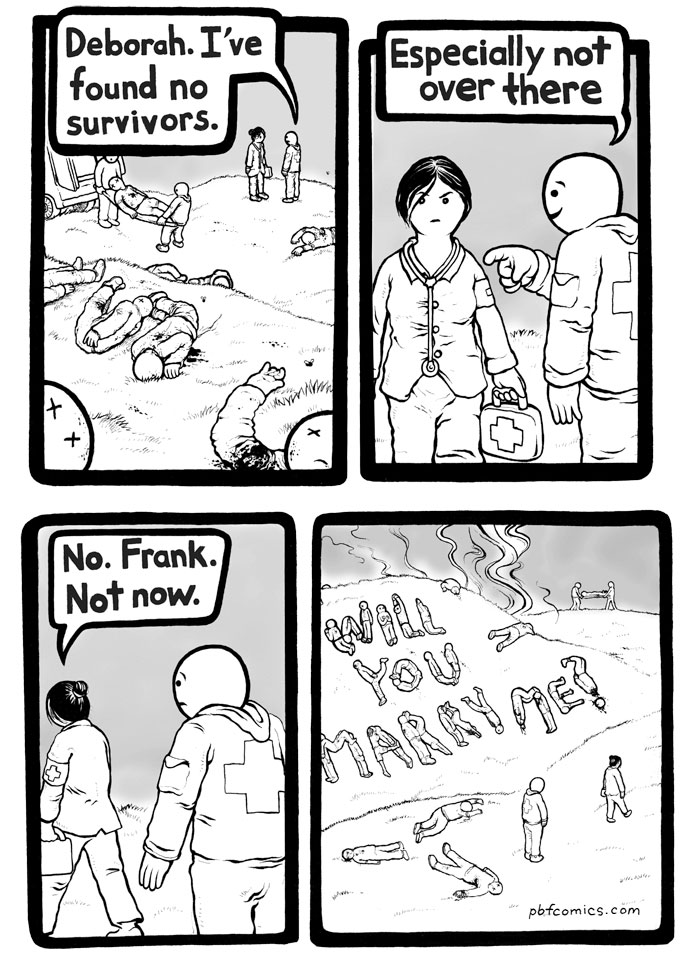 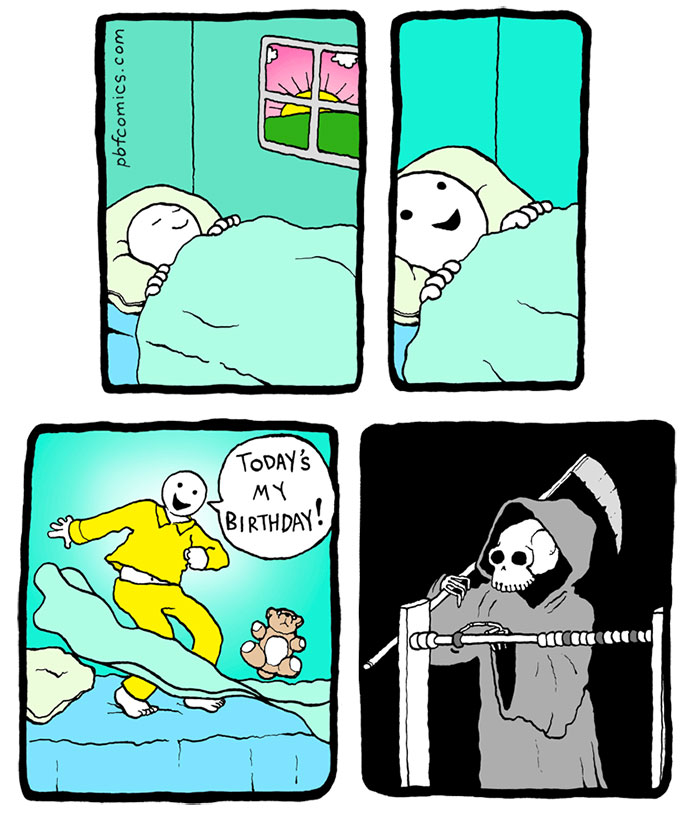 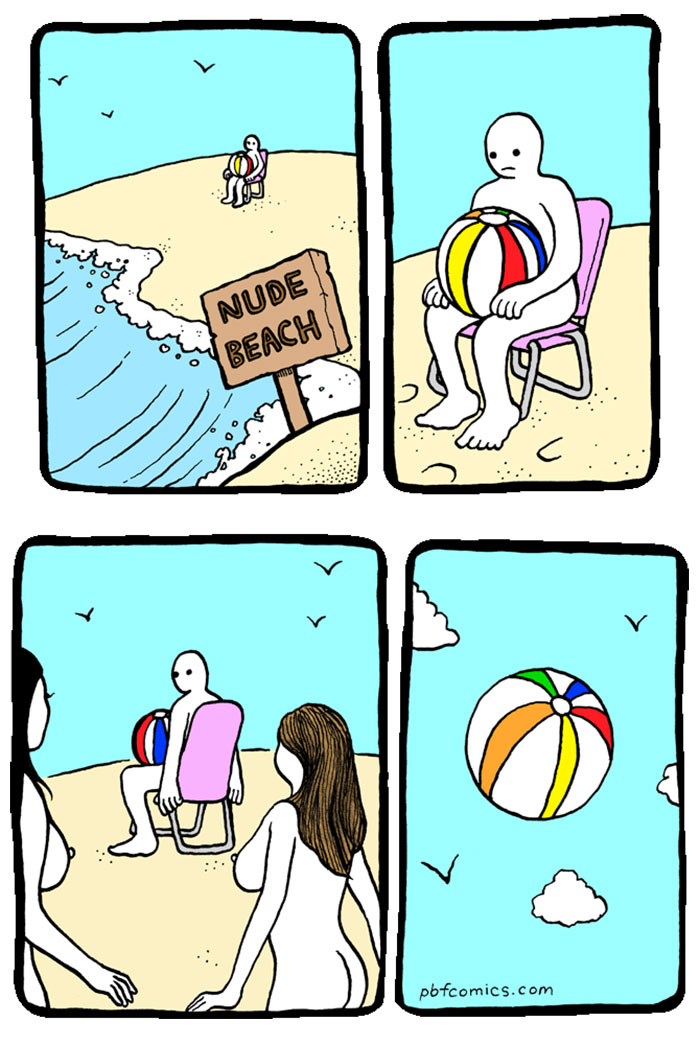 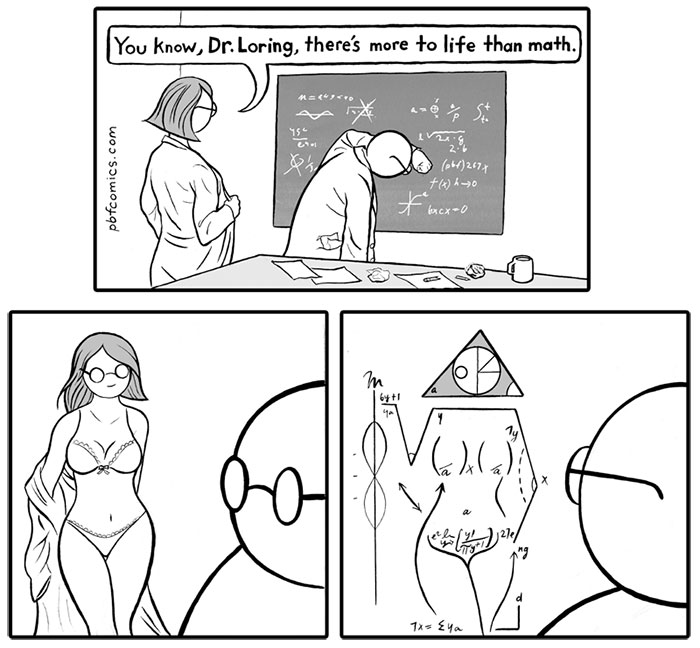 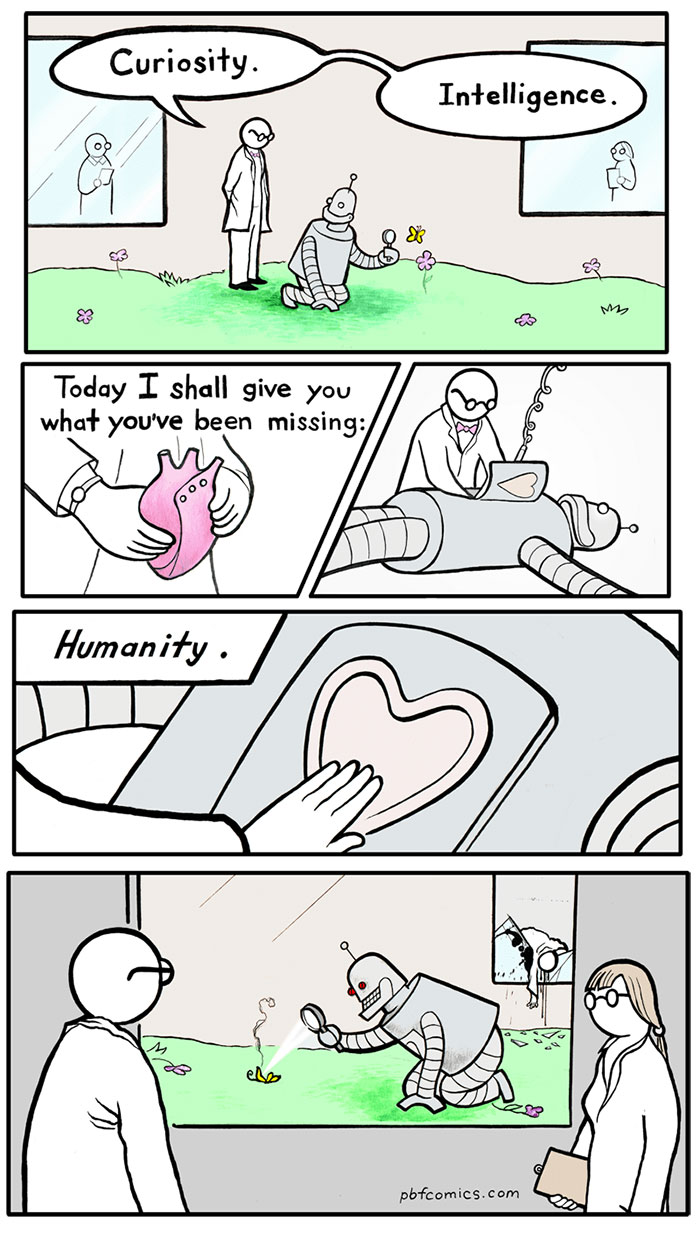 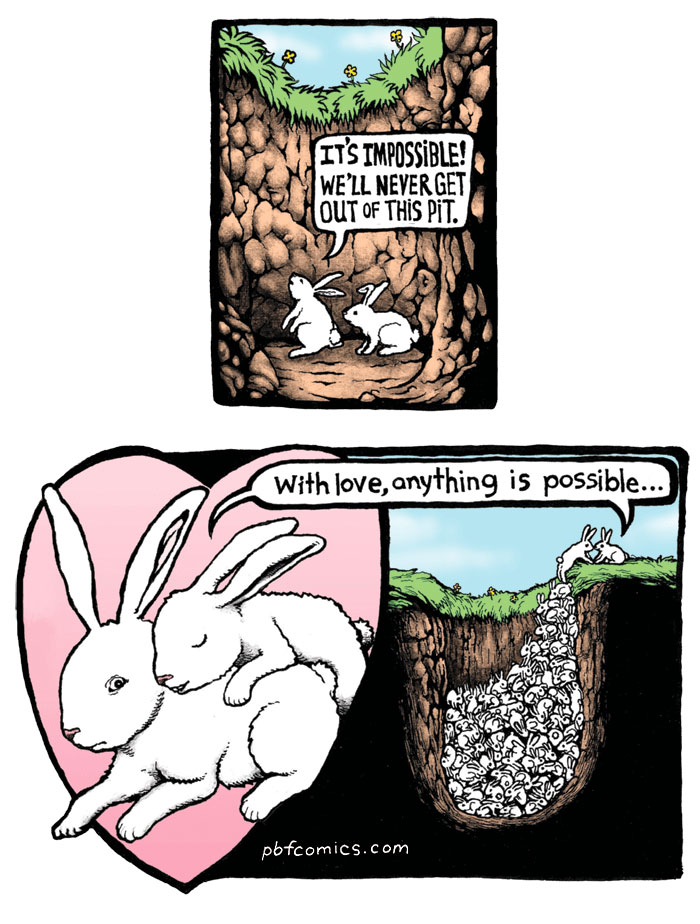