It’s been pretty cold lately! With record-breaking low temperatures across much of the Northern Hemisphere, everyone is finding ways to keep warm and cozy from the freeze outside.

Japan is no different, with heavy snow in Tokyo bringing snowmen out on to the streets recently, and it’s not just the people who are feeling chilly! This is Busao the cat, and he just loves his heater. “Japan is so cold right now! All he wants is to warm up more,” Busao’s owner Ryuji Tan told.

To be honest, we think that perhaps he loves it just a little bit too much. In some of his pics, he seems to be almost worshiping the lamp as some kind of divine source of life, and we are pretty sure he has lost quite a few whiskers by flying too close to the sun!

Ryuji Tan adopted Busao from the streets of Ibaraki, where he lives. “Busao was originally a stray cat, he told. “I think that he is about 9 years old.” He regularly posts pictures of his beloved cat on Instagram, Facebook and YouTube, so you can follow him there along with thousands of other Busao fans, he is popular in Japan and is starting to become known around the world too!

Oblivious to his fame, Busao’s contented look suggests that he will be spending the whole winter in exactly the same place. Cozy and warm right next to his beloved heater. If only we could do the same…

Scroll down below to check out Busao’s pics, and let us know what you think in the comments! 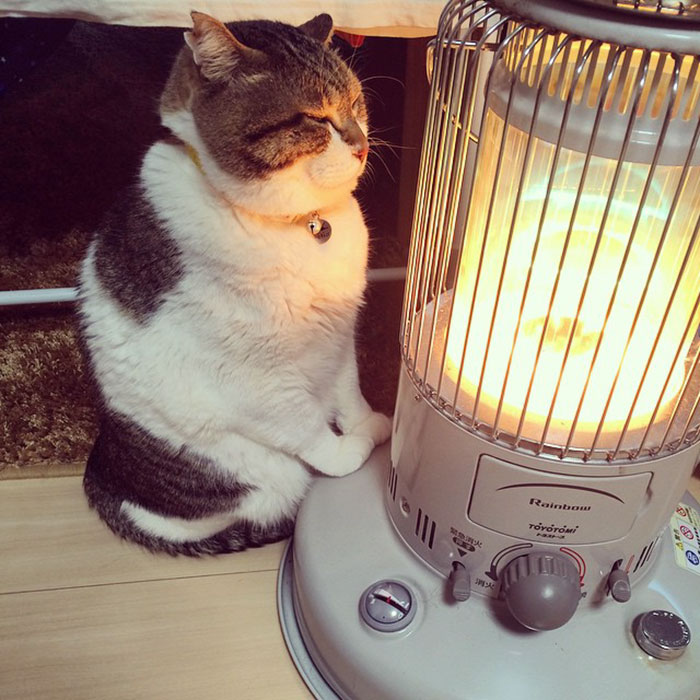 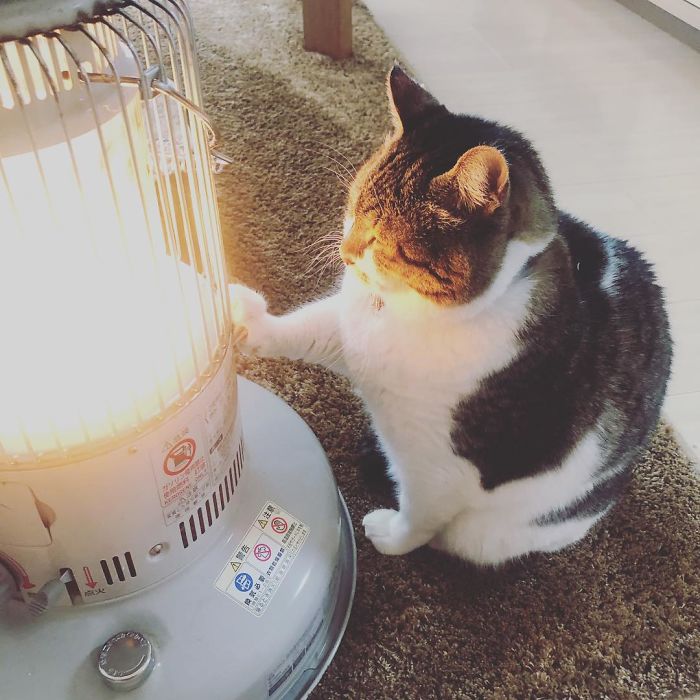 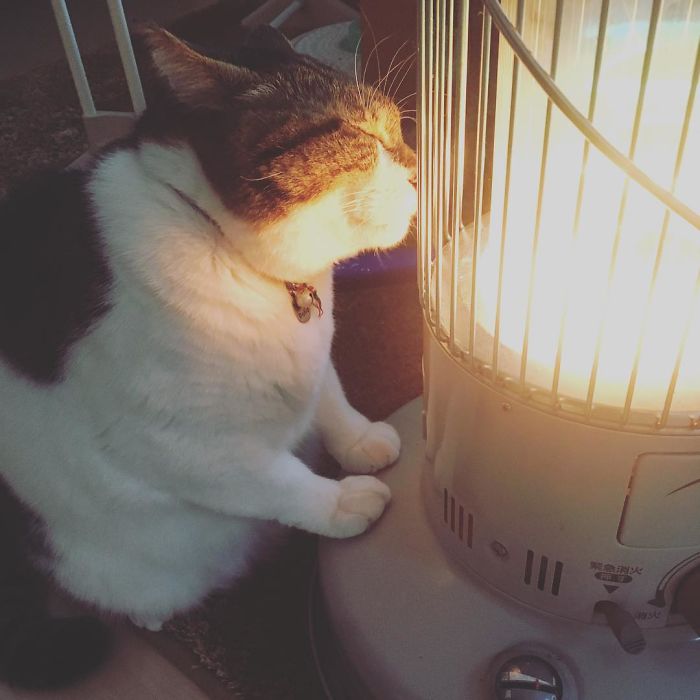 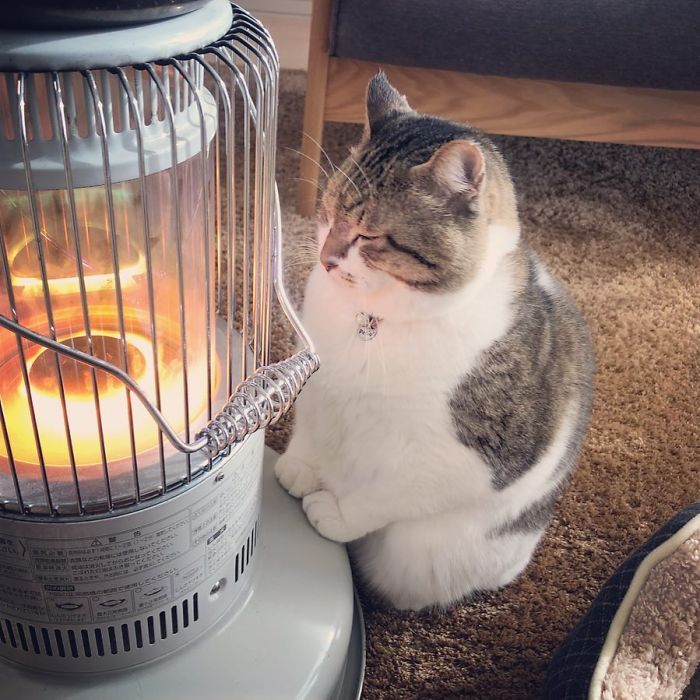 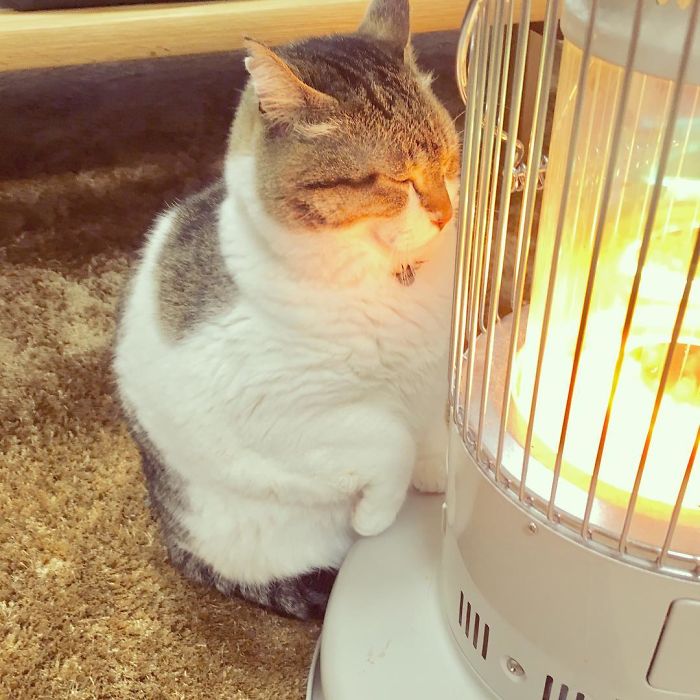 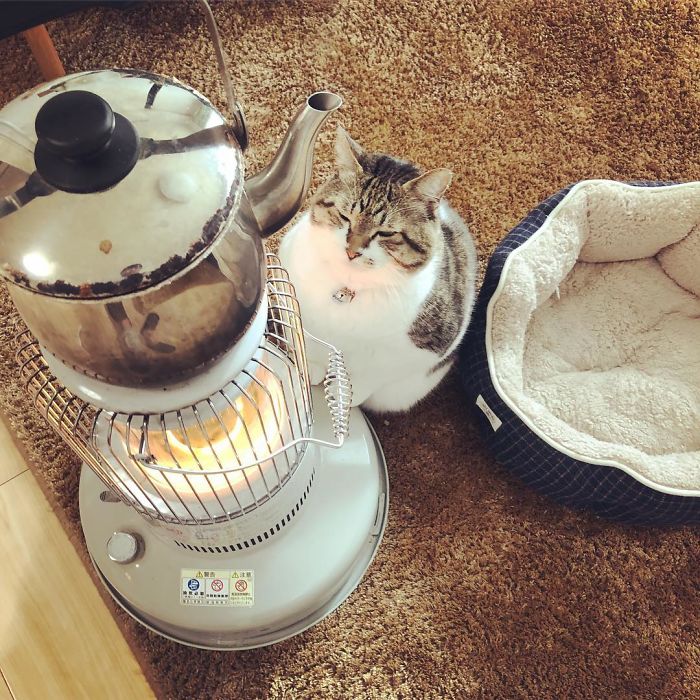 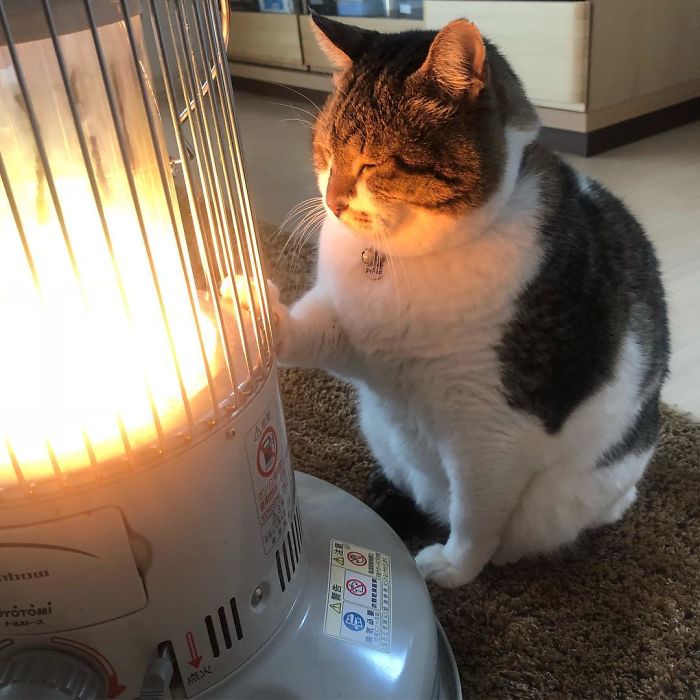 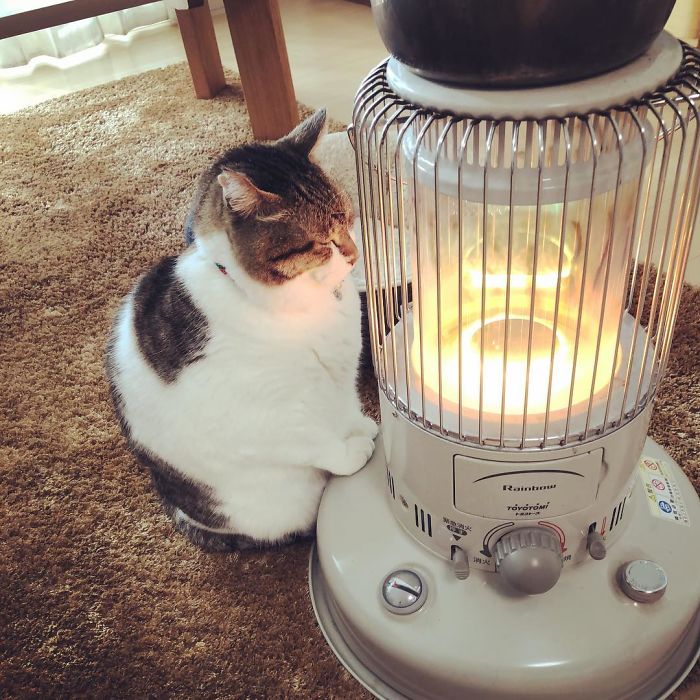 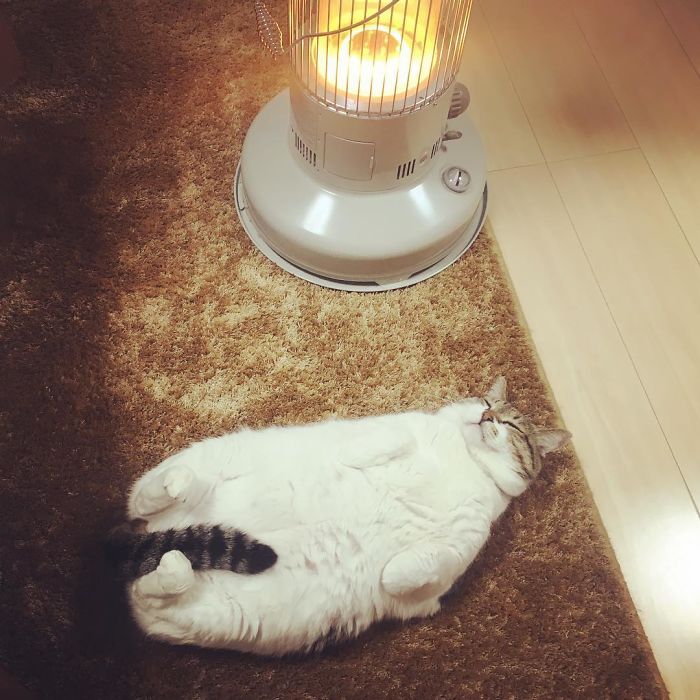