They slow down traffic with optical illusions.

Iceland is all about ingenious solutions. How do you keep the drivers alert and entertain the pedestrians at the same time? A small fishing town in the northwest of Iceland found a solution. A 3D crosswalk was painted there and its visual effect is stunning! Pedestrians get the feeling of hovering above the ground, while drivers slow down thinking something is obstructing the road. Time will show if this idea really helps reduce the number of accidents, but for now, it’s definitely a work of art right on the ground. 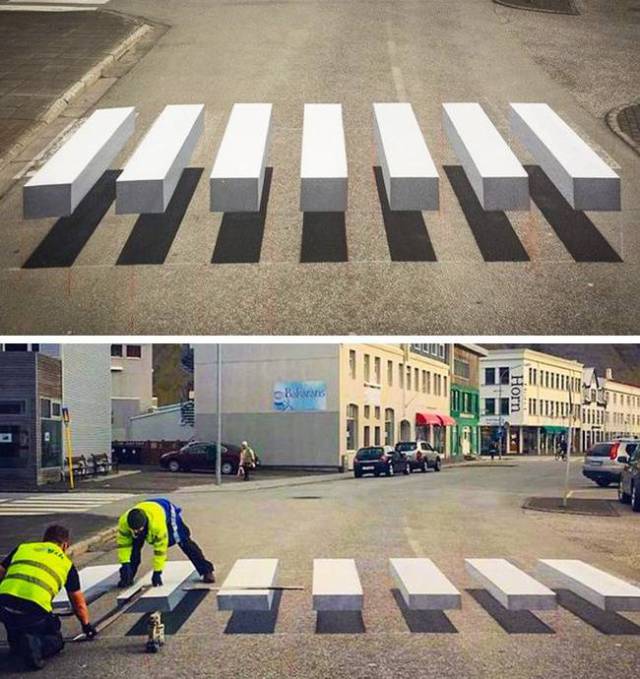 They believe in elves.

Yes, you read that right. And not only elves but also trolls, gnomes, and other hidden creatures. When a rainbow appears in the sky, you can hear an Icelander say that the elves turned it on. A former member of Parliament even assured that a family of elves had saved his life in a car accident! Even the construction of a road can be rejected if it goes through an area where hidden creatures supposedly live. Progress in Iceland goes hand in hand with supernatural powers. 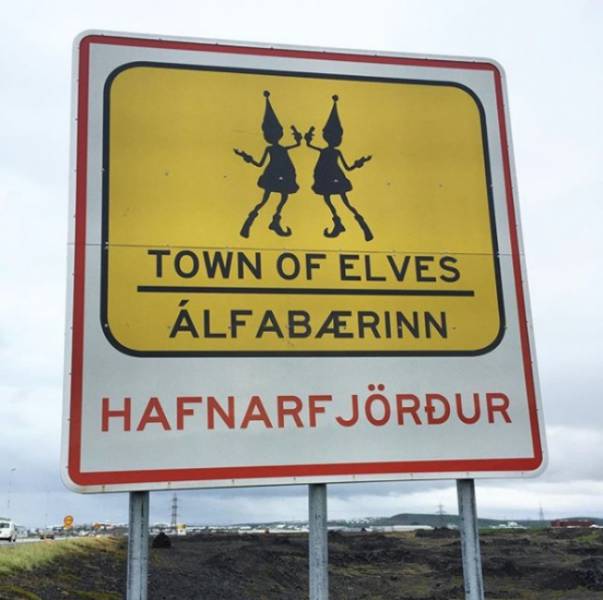 They bathe outdoors even in the winter.

No worries — this doesn’t lead to hypothermia. There are many geothermal areas in Iceland and swimming in a steaming river or a pool can be just as nice as taking a hot bath. In fact, it might be especially enjoyable in the winter when you get an opportunity to see the northern lights and the stars. The hardest temptation to resist is not to add bath foam into the hot water! 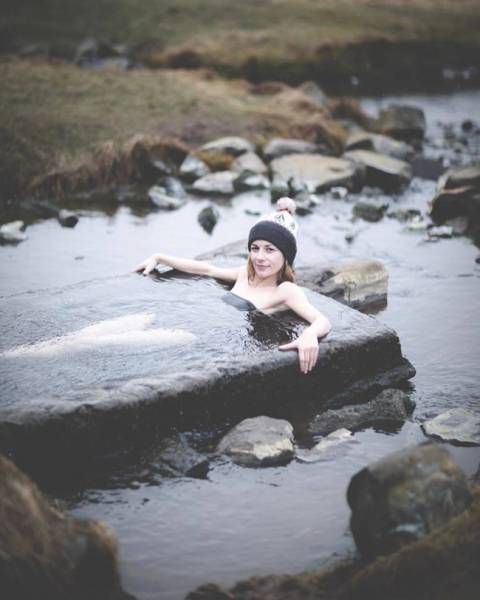 Just look at these gigantic marshmallows scattered across the fields of Iceland! They also come in different colors: white, pink, green, and even black. How about roasting them over a campfire? But that’s probably not the best idea since these are hay rolls wrapped up in plastic. That’s what the Icelandic farmers usually do for the hay to last longer… and increase the appetite of the drivers passing by. 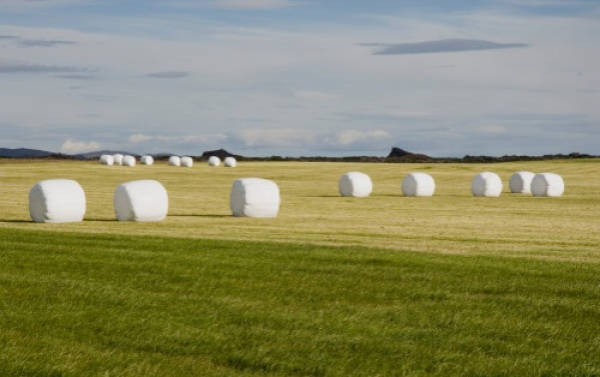 They leave babies for a nap outside even in the winter.

This might seem totally terrifying for mothers all around the globe, but not for Icelandic parents. They believe that sleeping in the fresh air is better for a baby’s health. This is why one can notice a lot of baby carriages left outside cafés or shops even in the wintertime. But these babies only look deserted — a parent is always nearby, probably watching the baby sleep through a café window. 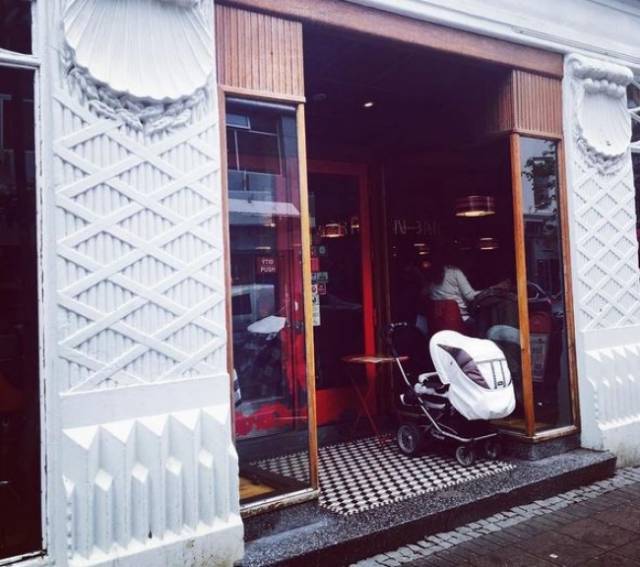 They have the friendliest policemen and policewomen.

Iceland’s police may beat the most famous Instagram bloggers in having the coolest content. They post everything on their Instagram account: from silly selfies to pictures of them feeding ducks or holding kittens. Maybe that’s why Iceland is the safest country in the world — because the police officers there have a great sense of humor! Interestingly enough, Iceland’s police made a fatal shooting only once in its history. 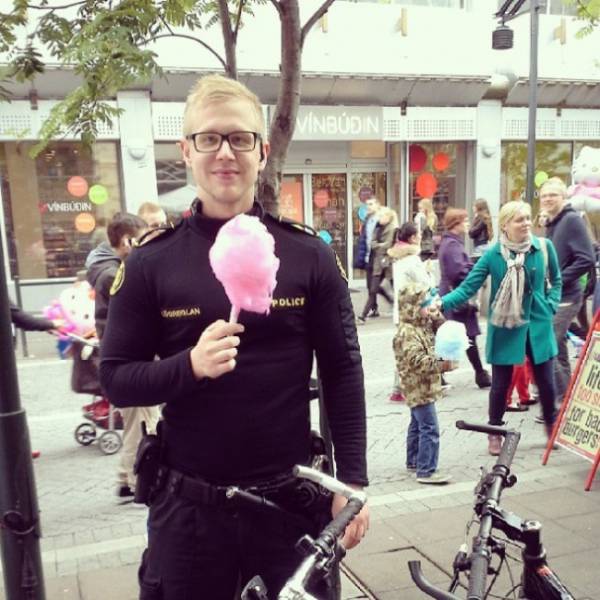 They deliver letters even with no address or name given.

Have you ever wanted to send a postcard to a friend, but didn’t do it because you weren’t sure what the name of the street or the house number was? Well, in Iceland you could send it with a hand-drawn map on it and it would probably reach its destination. This is what happened with the letter in the picture above — it was successfully delivered to the farmers even though it contained only a hand-drawn picture roughly showing the location and a brief description of the family. 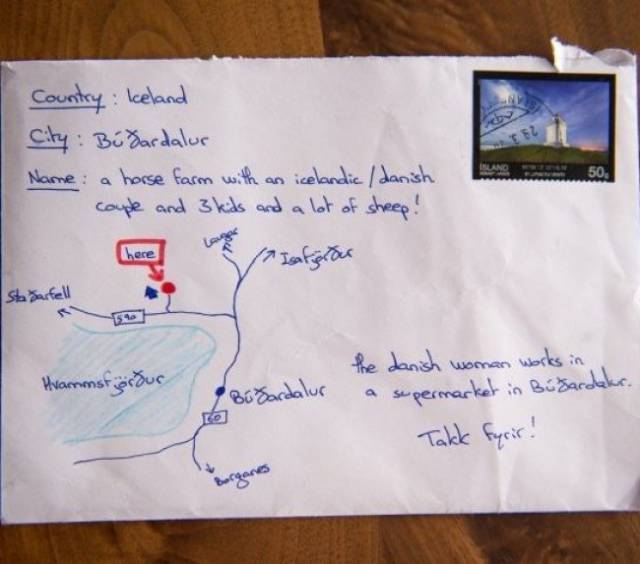 They check a special app before dating someone.

In a country that is home to less than 330,000 people, it is easy to be related to someone you don’t even know. It could turn into a real problem if you come to a family dinner and find your date from last night sitting at the table. So Icelandic software engineers invented a special app that shows if a potential date is a long-lost relative. The data used to create the app contains information from the last 1,000 years and is taken from an online genealogical database. The slogan of the app is really creative too: “Bump the app before you bump in bed.” 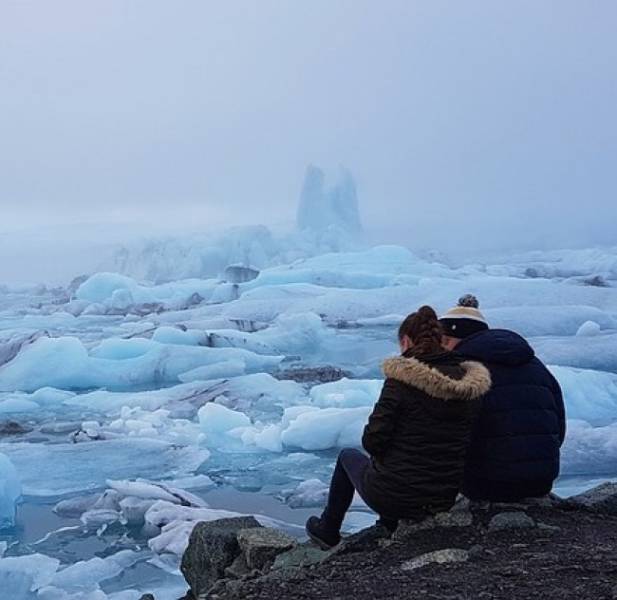 They turn on creativity to save the planet.

While plastic waste is piling up in landfills, Iceland may have found a solution to this problem! An Icelandic student, Ari Jónsson, invented a biodegradable water bottle that contains red algae powder. Such bottles remain in their shape as long as they have water inside, but they begin to decompose as soon as they’re empty. The inventor assures that the water from such a bottle is made of 100% natural materials and is completely safe to drink. Let’s see if this invention becomes widely-used in the future. 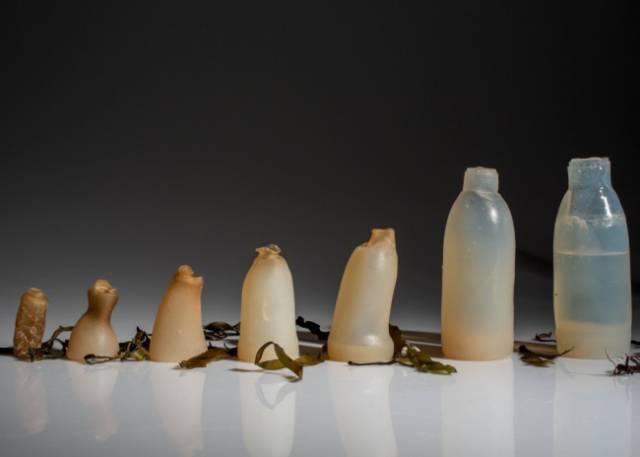 Just imagine such a picture: four cats live in an oversized dollhouse with their everyday lives streaming on TV. Hard to believe anyone would be interested in watching such a reality show, right? But it’s actually a huge hit in Iceland! The creator of the show says people are tired of the bad news and annoying TV shows and watching the cats makes them calmer and happier. Why not? Tuning in to this show could be the right recipe for a “purr-fect” evening. 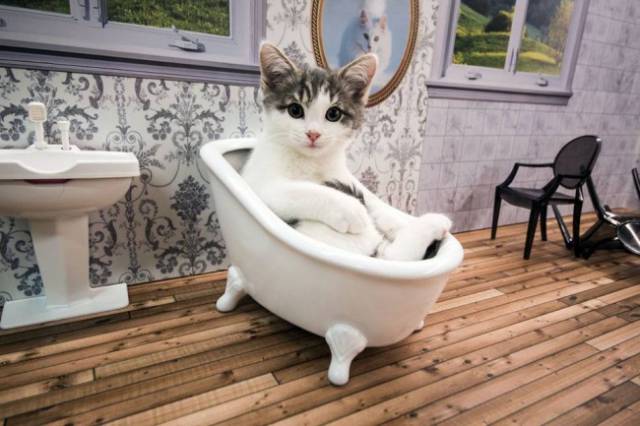