When one claims to believe in miracles, they’re usually met with a fair amount of skepticism. Still, if you are a believer in miracles, the past couple of days must have been supremely interesting for you. While on a visit to Naples, Pope Francis is said to have performed a miracle unlike anything people have ever witnessed.

This is the blood relic of St. Gennaro, the patron saint of Naples, Italy. According to legend, St. Gennaro’s blood was saved by a woman named Eusebia just after his death. It may seem strange now, but the practice of gathering blood for relics was a common practice beginning in the days of persecution. 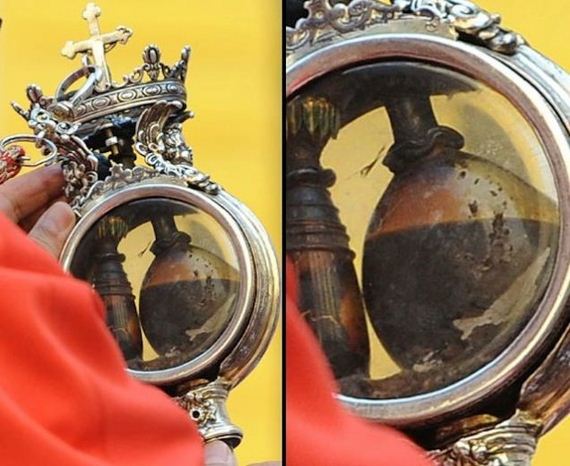 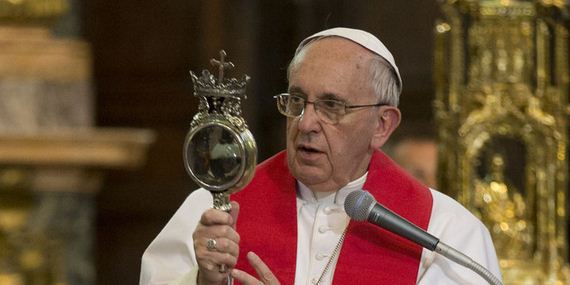 “His blood has half-liquefied,” said the Archbishop of Naples, Cardinal Crescenzio Sepez at the conclusion of Pope Francis’ address. “It’s a sign that St. Gennaro loves the Pope, who is Neapolitan like us.” Pope Francis immediately and lightheartedly replied: “The archbishop said the blood is half-liquefied. It means the saint loves us halfway. We all have to convert a little more so that he loves us more.” 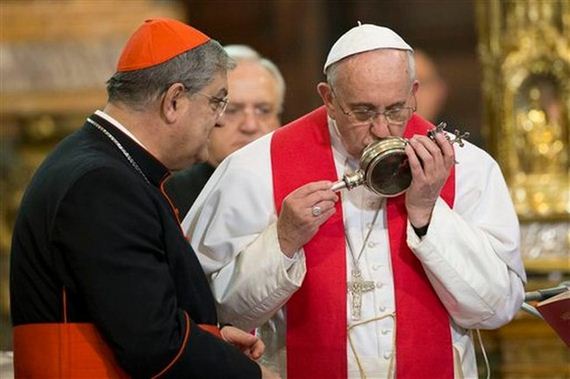 If this doesn’t make a believer out of the doubters, I’m not sure what will. This is such a rare happening that it caused the people in the streets of Naples to shout about the miracle. A lot of things are going right for Pope Francis these days, and I’m not sure that it’s a coincidence.