When 38-year-old Daniel Modøl went outside to film a distant storm he didn’t expect it would get so close. He was safely standing on his terrace in Gjerstad, Aust-Agder, Norway and shooting lightning bolts flashing in the area. Nature, however, had planned something more.

While still in his flip-flops, Daniel witnessed a lightning strike leaving a crater in his backyard about 15-20 feet (4,5-6 meters) away from him. He wasn’t fast enough to record the near-instantaneous bolt, but he did document the aftermath.

Modøl decided to go back inside for the remainder of the storm. He found his ceiling fan off and burn marks all over the electrical outlet where his modem was. I’d say that’s a fair bargain, considering you just barely avoided getting blown to pieces.
He was standing on his terrace, capturing lightning bolts in the horizon, but suddenly everything came a lot closer 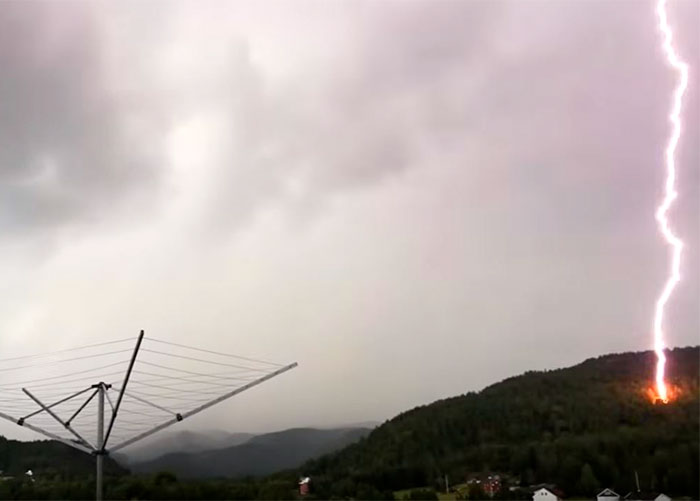 While still in his flip-flops, Daniel witnessed a lightning strike leaving a crater in his backyard 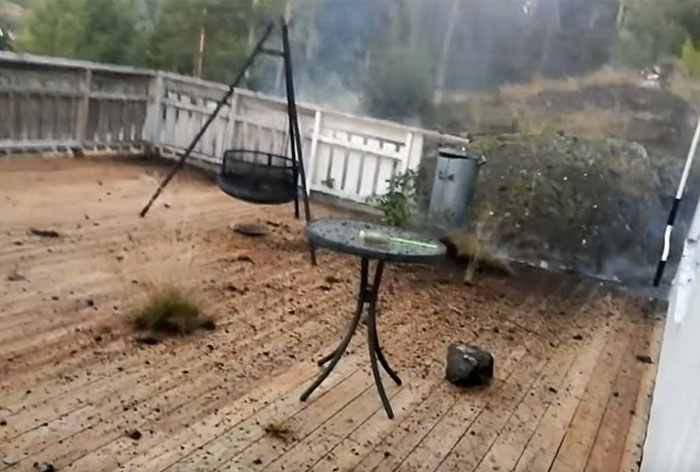 He also documented the terrifying aftermath 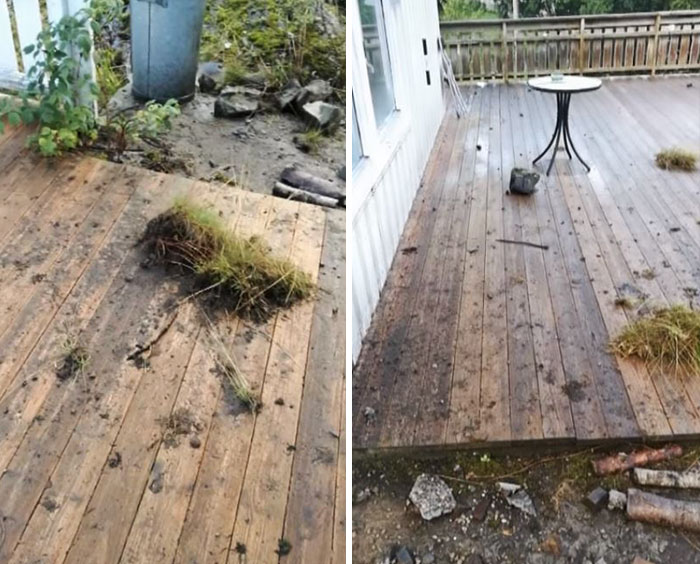 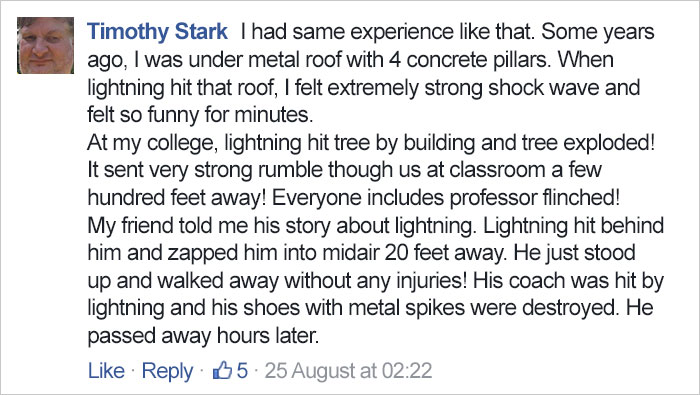 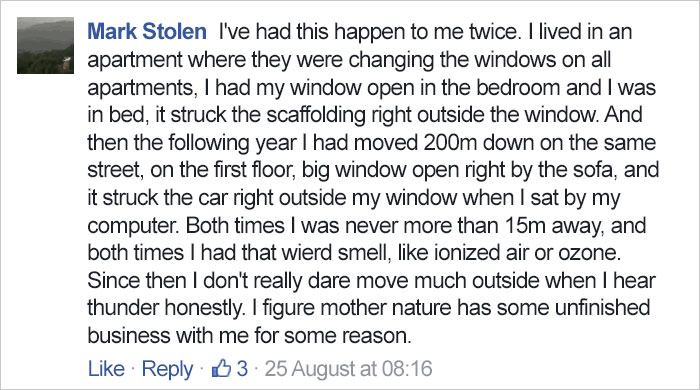