“Pixie is a tiny, joyful, energetic kitten,” the artist said. “She’s innocent, and also somewhat oblivious to the serious, dangerous stuff around her.” On the other hand, Brutus is a large, scar-faced German Shepherd. “He was adopted by Pixie’s owner after retiring as a Military Working Dog (MWD). Brutus, in many ways, is the exact opposite of Pixie. He’s… Seen things. He’s a very serious and intimidating military dog, but he has a soft spot for Pixie, and does what he can to protect her from the harsh realities of the world around them.” Continue scrolling to check out their latest adventures! 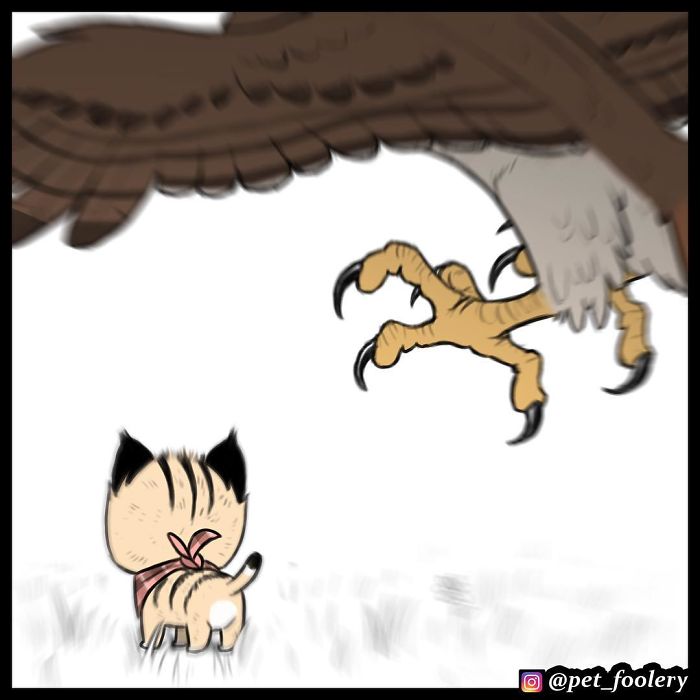 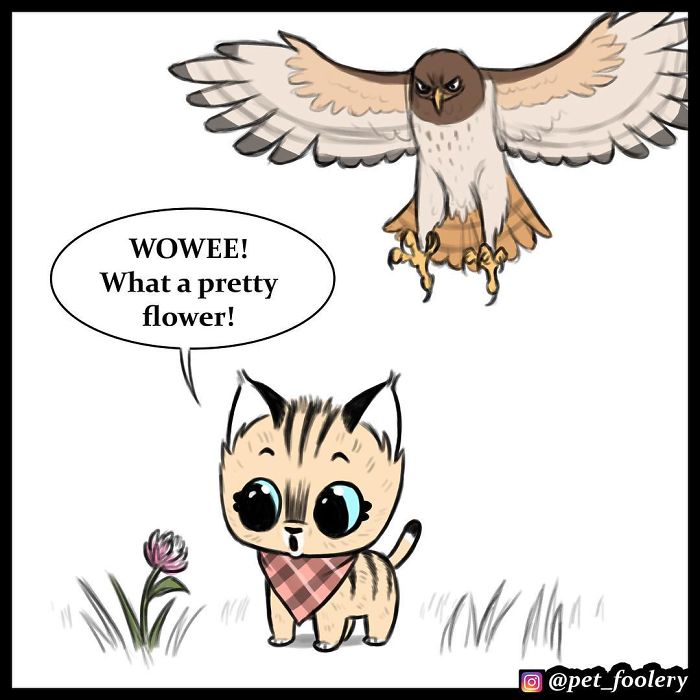 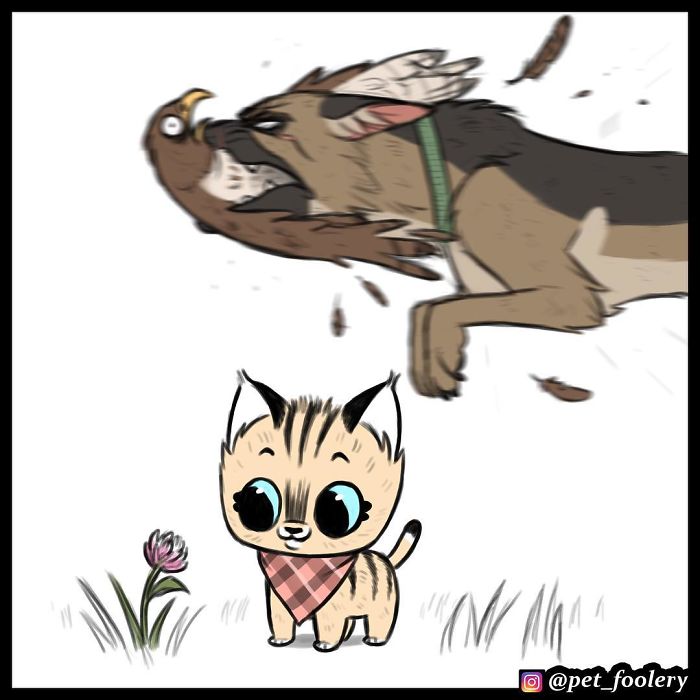 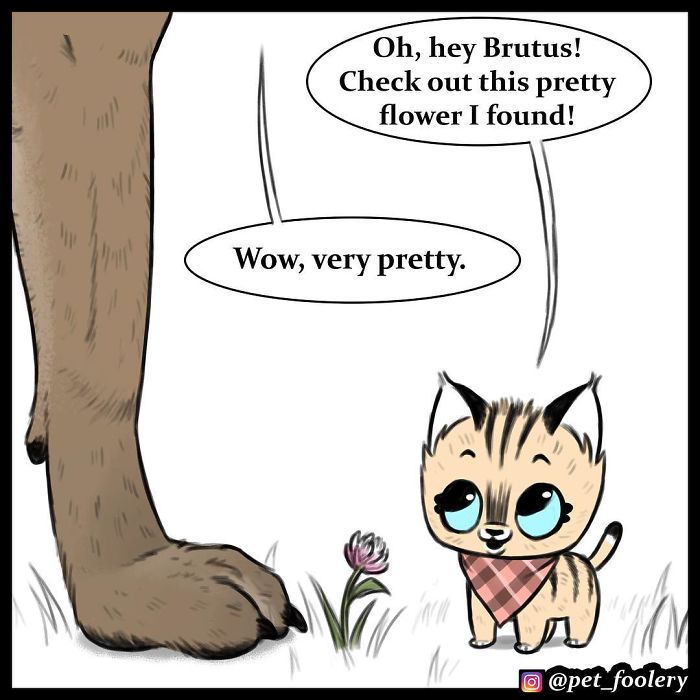 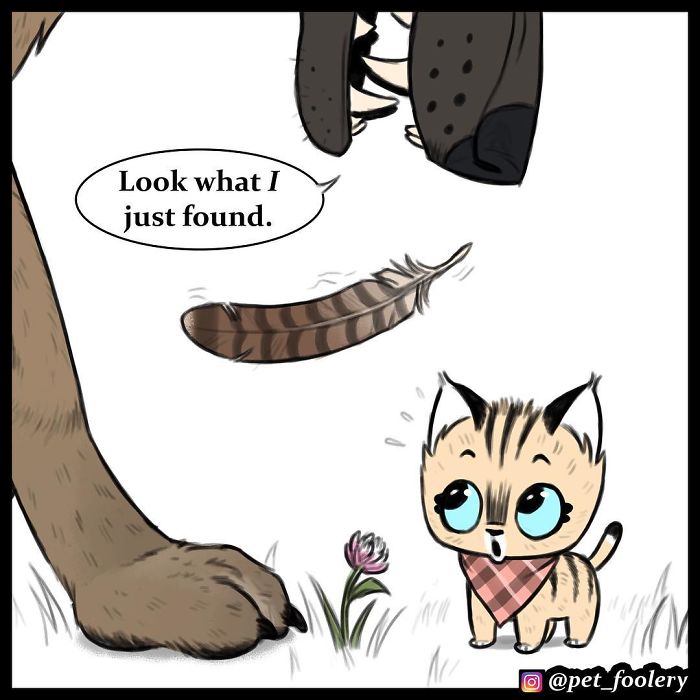 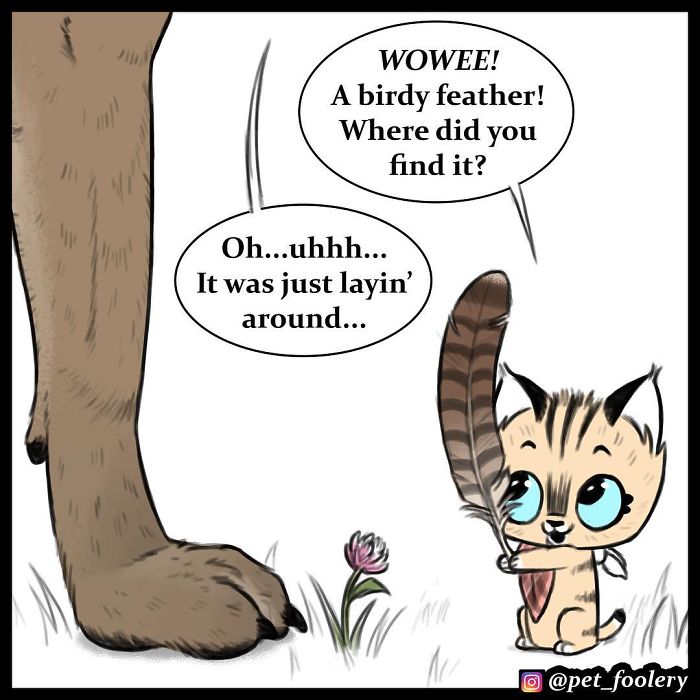 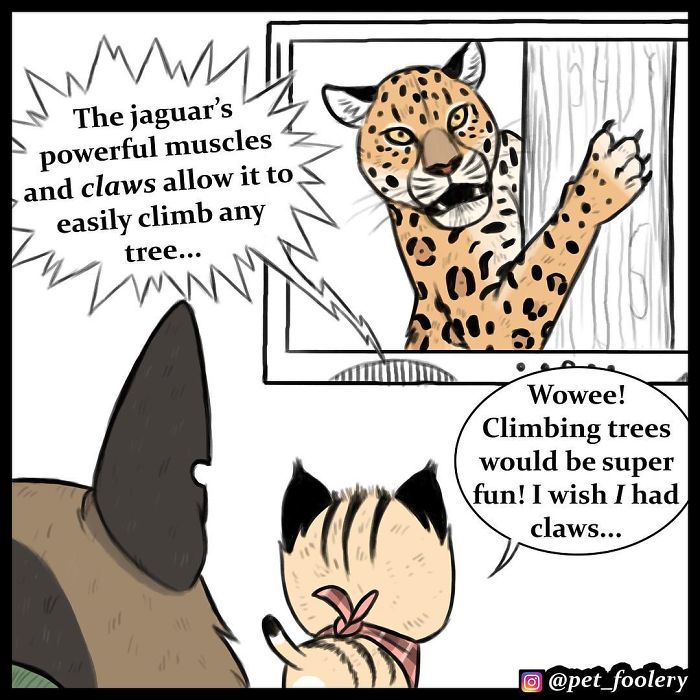 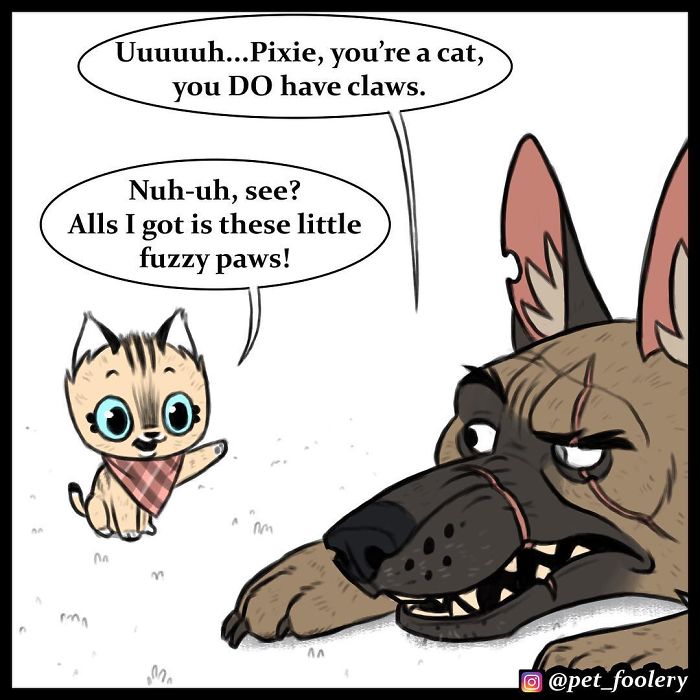 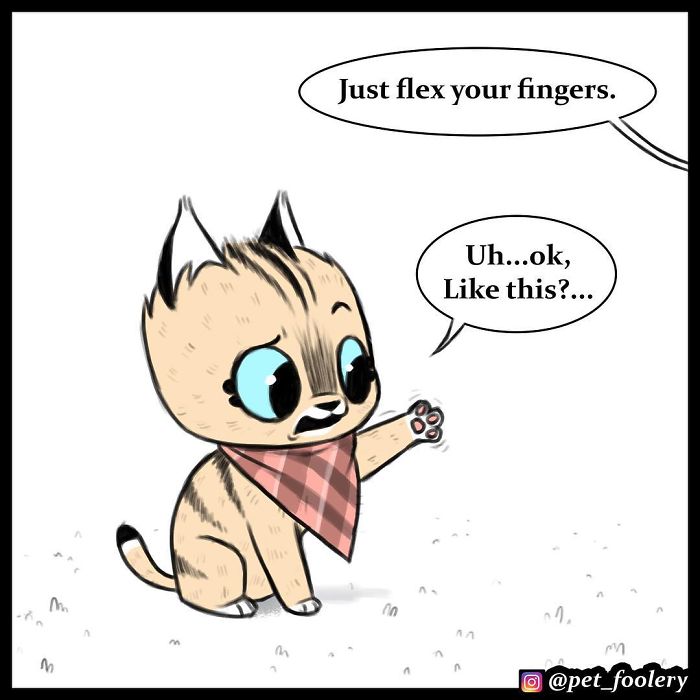 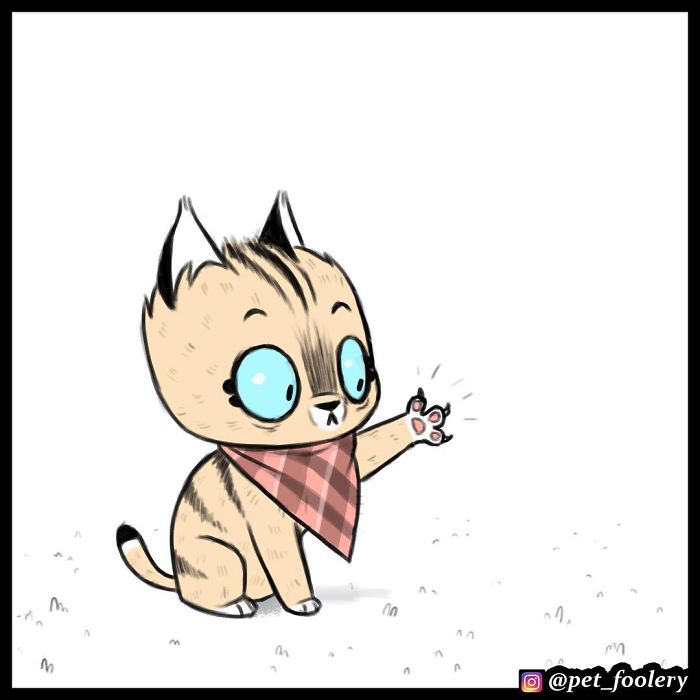 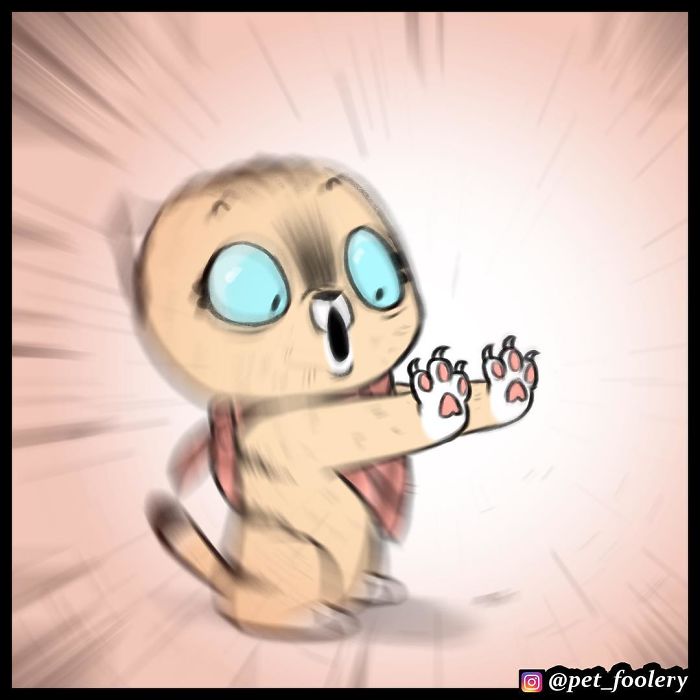 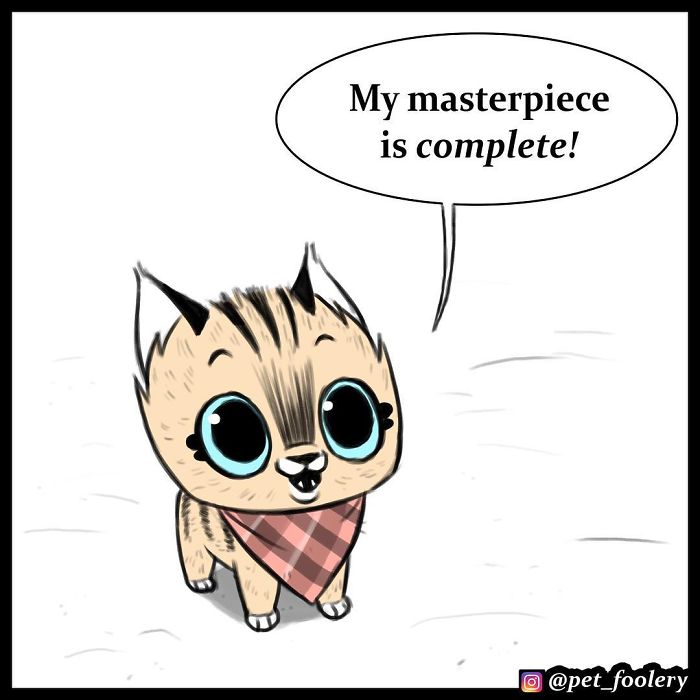 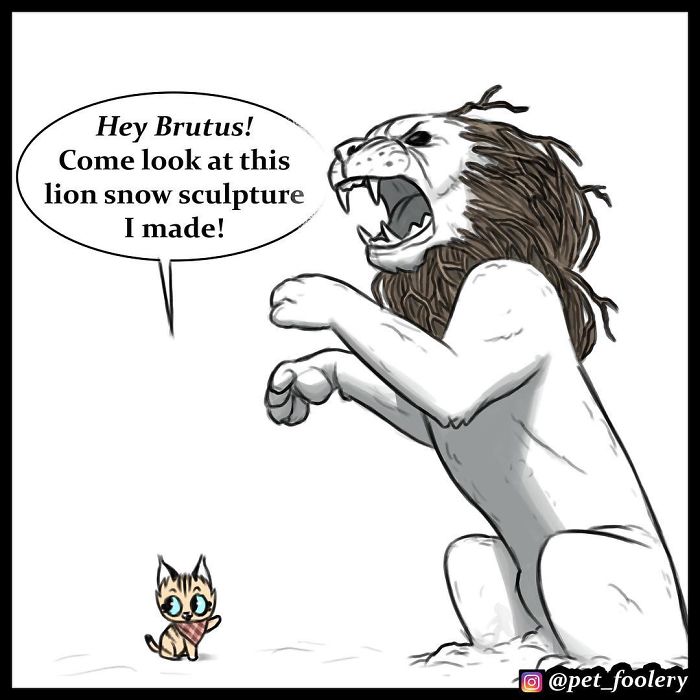 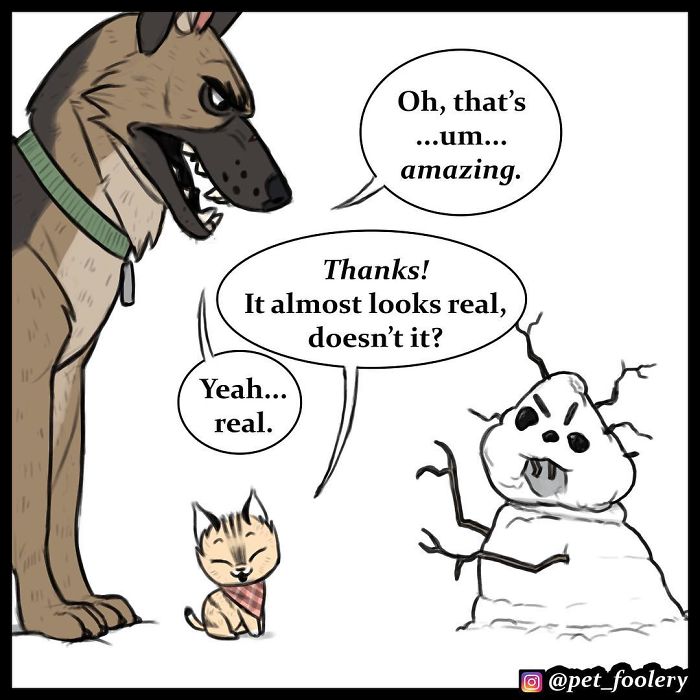 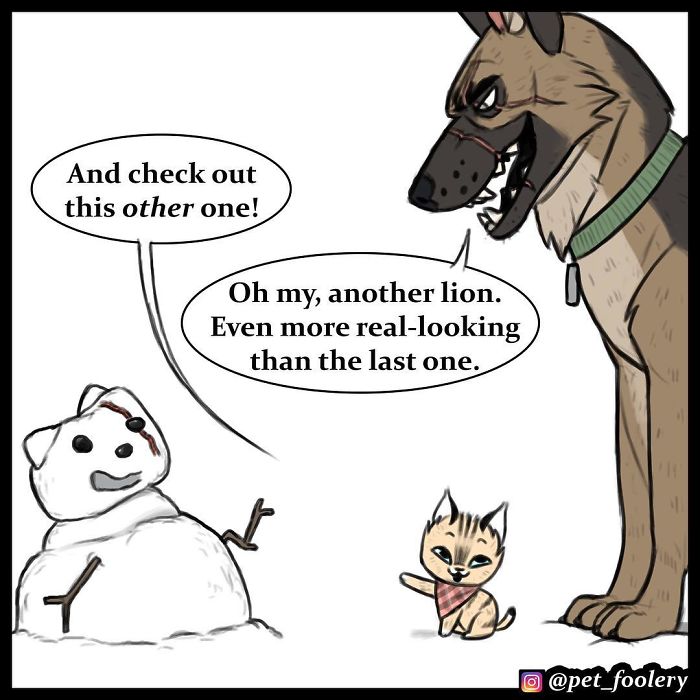 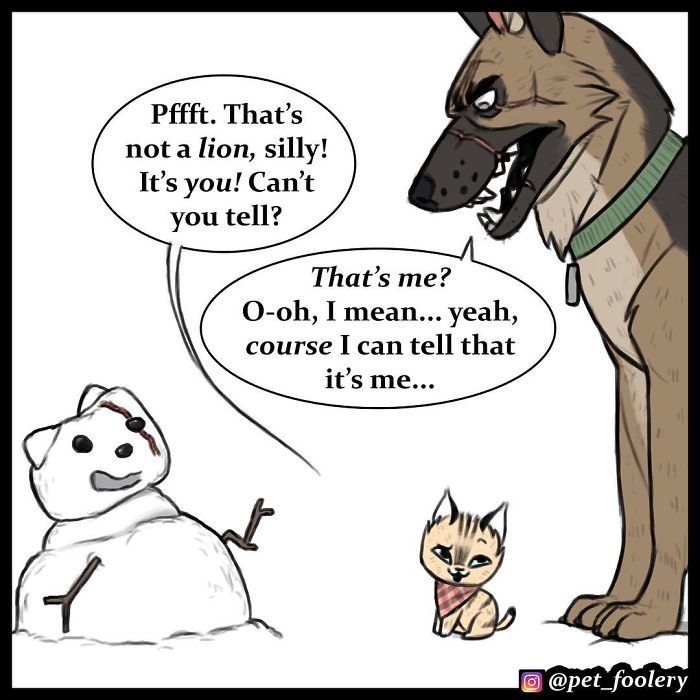 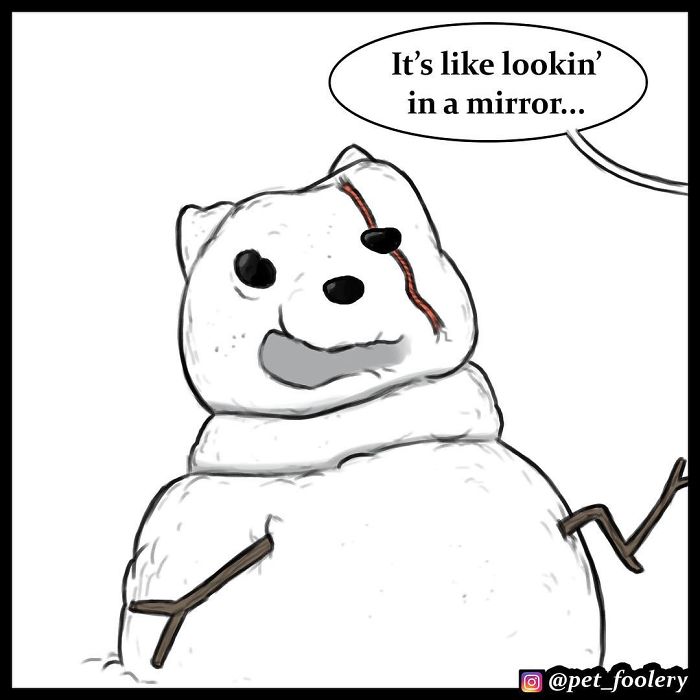