Molly the Westie found out she was going to be a big sister to a little human so I decided to build her a room of her own under the stairs before the baby arrived.

Nothing existed there before, it was walled-in. I wasn’t sure how big the space was, or if it would even be possible, so was very happy with the end result… as was Molly!

We are currently doing well in the myBuilder ‘Project of the Year 2017’ competition and you can vote for me here if you like it!

Molly in her new, finished room 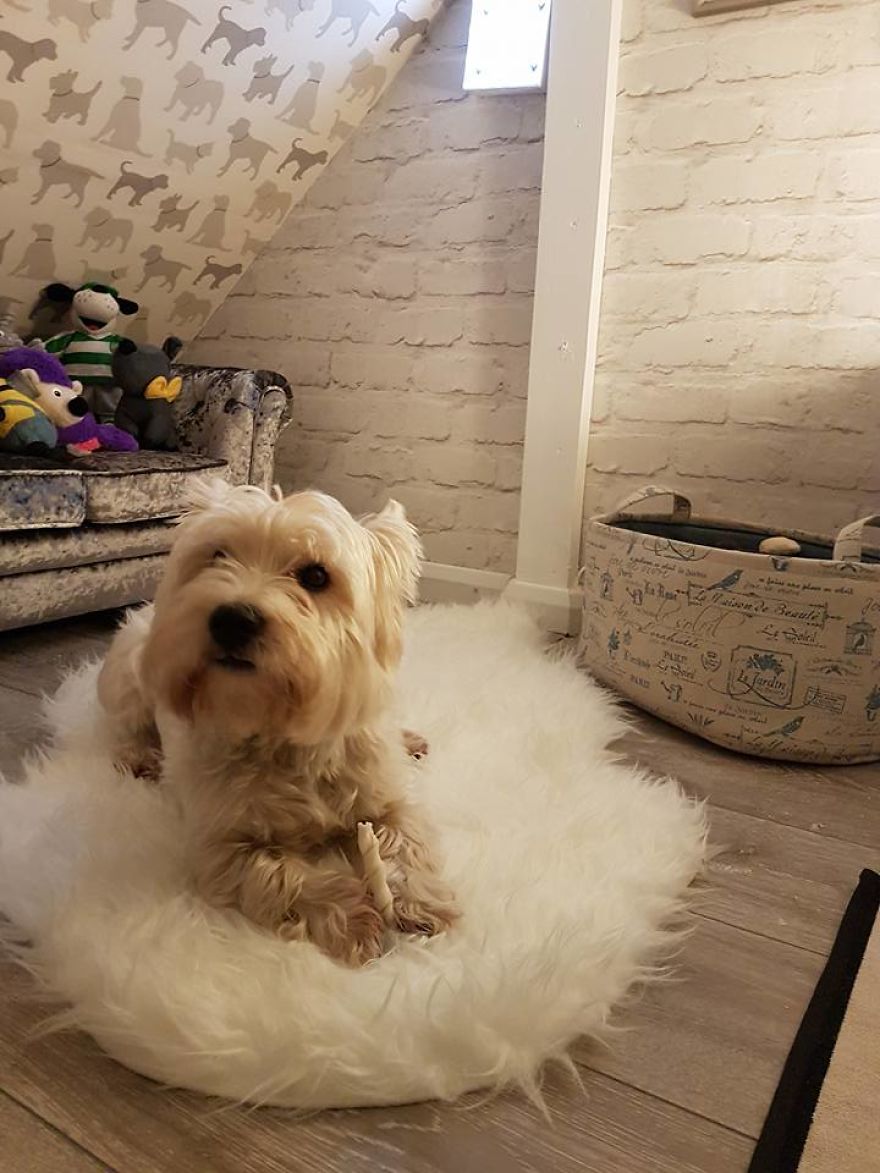 She is the best wee dog who had been very spoiled up to this point, so we didn’t want her to feel less important when the baby arrived! 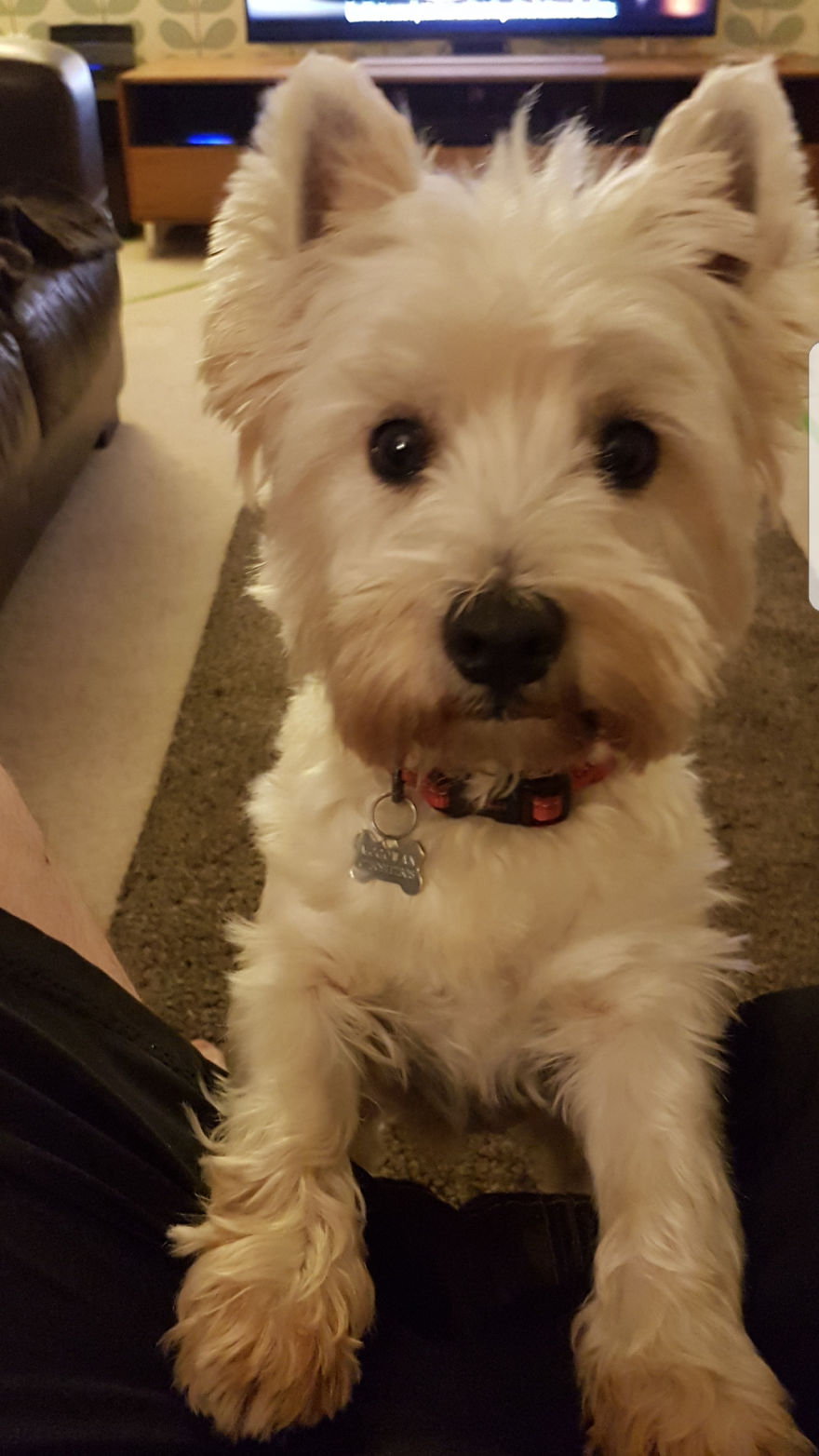 And here is the proud big sister with baby Catelyn! 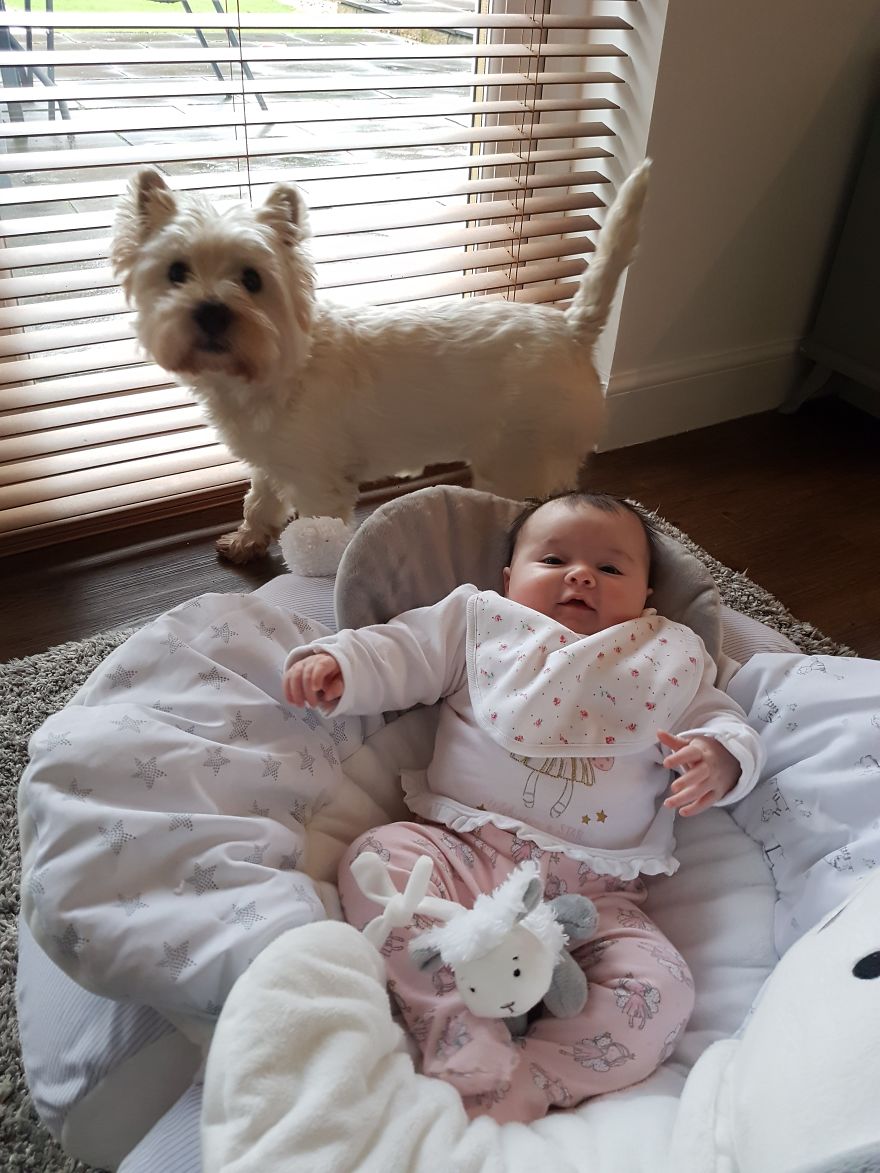 Starting point… I thought there might be dead space behind the stairs, but wasn’t sure. Trying to sneak a look 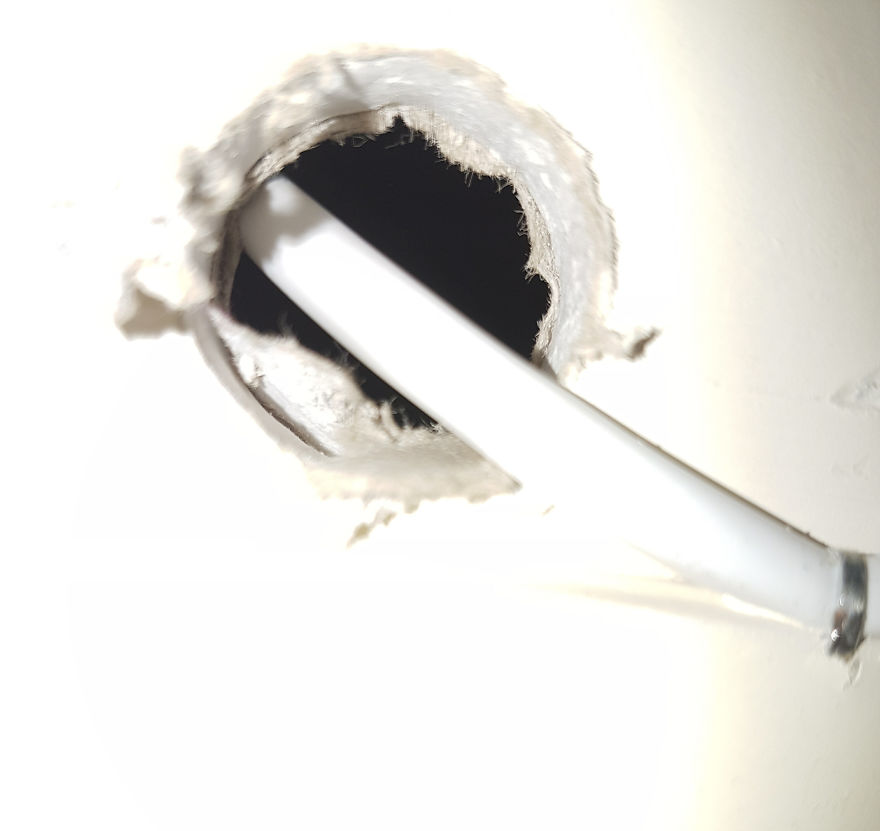 If it was going to work I also needed to move the wiring for the house alarm system. Decided to update the kitchen at the same time, by adding tongue & groove panels 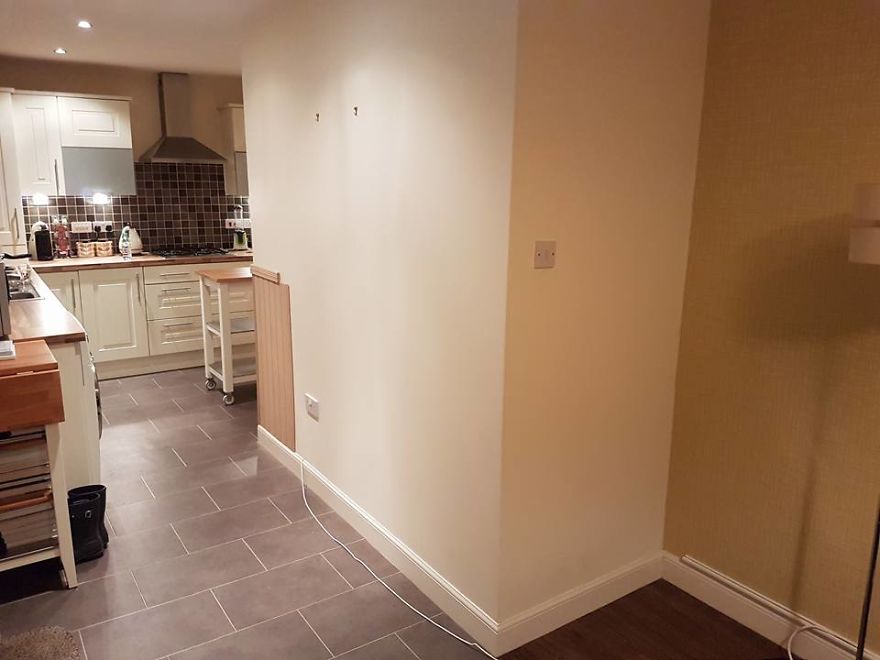 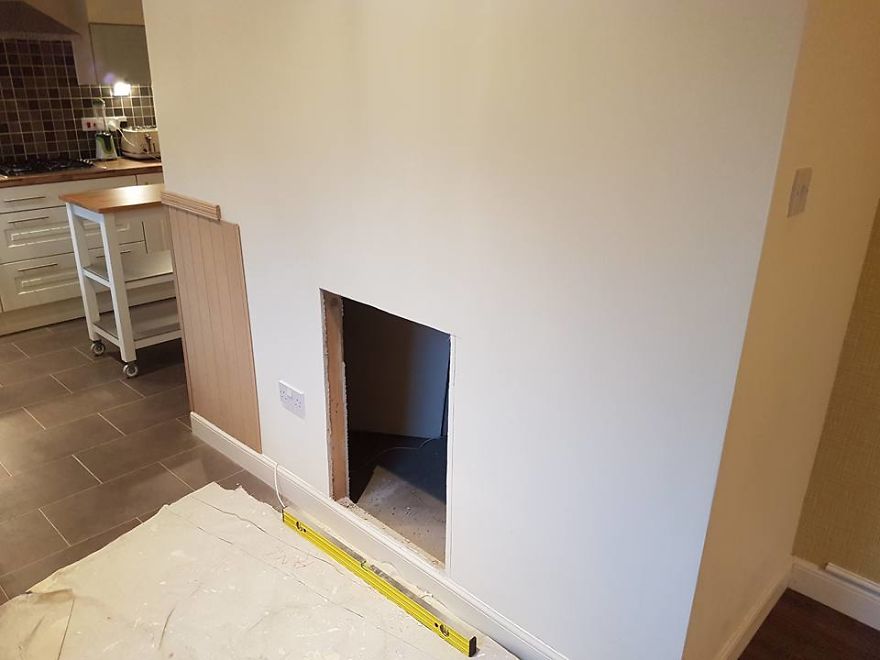 Bigger than I thought, around 4 square metres

Most importantly… don’t want Molly to be scared of the space, so in for an early look. Definitely going to be big enough! Door frame fitted in keeping with the internal joinery, base of frame kept in place as integral to support staircase 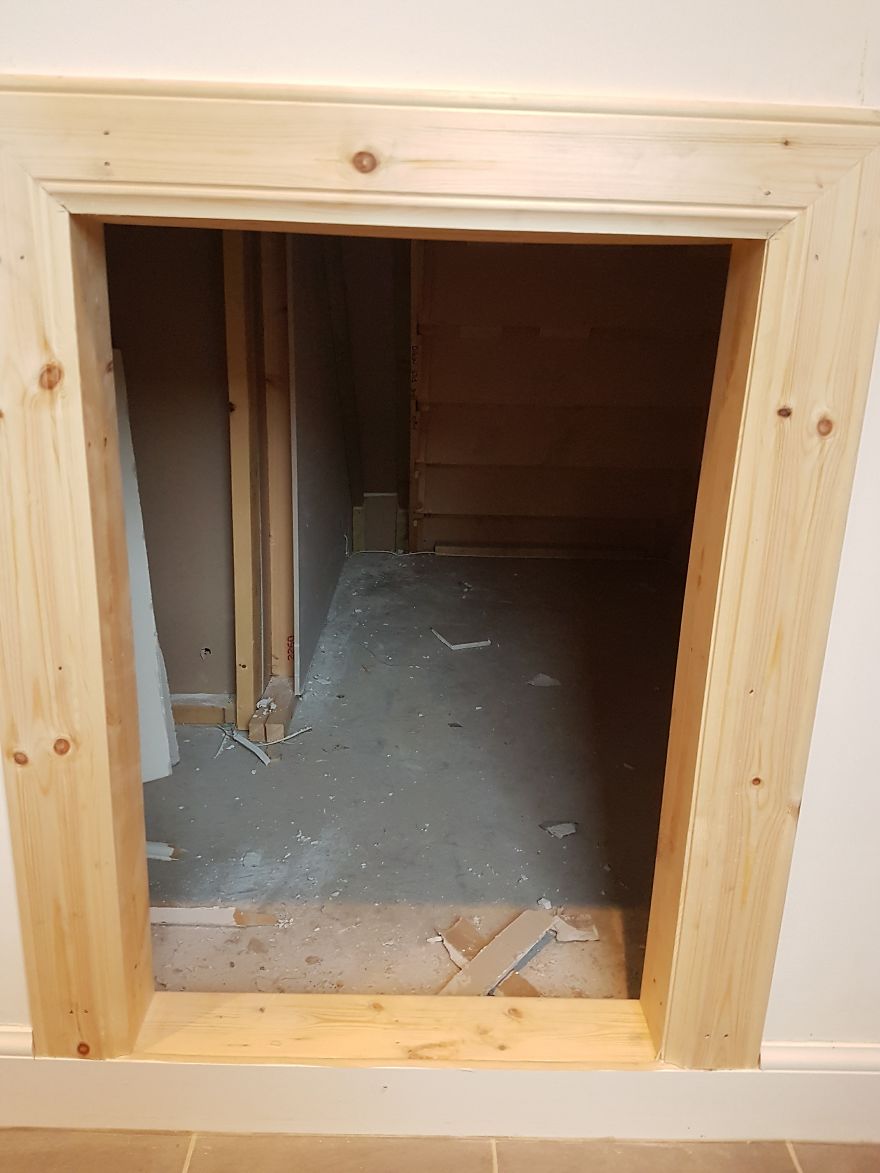 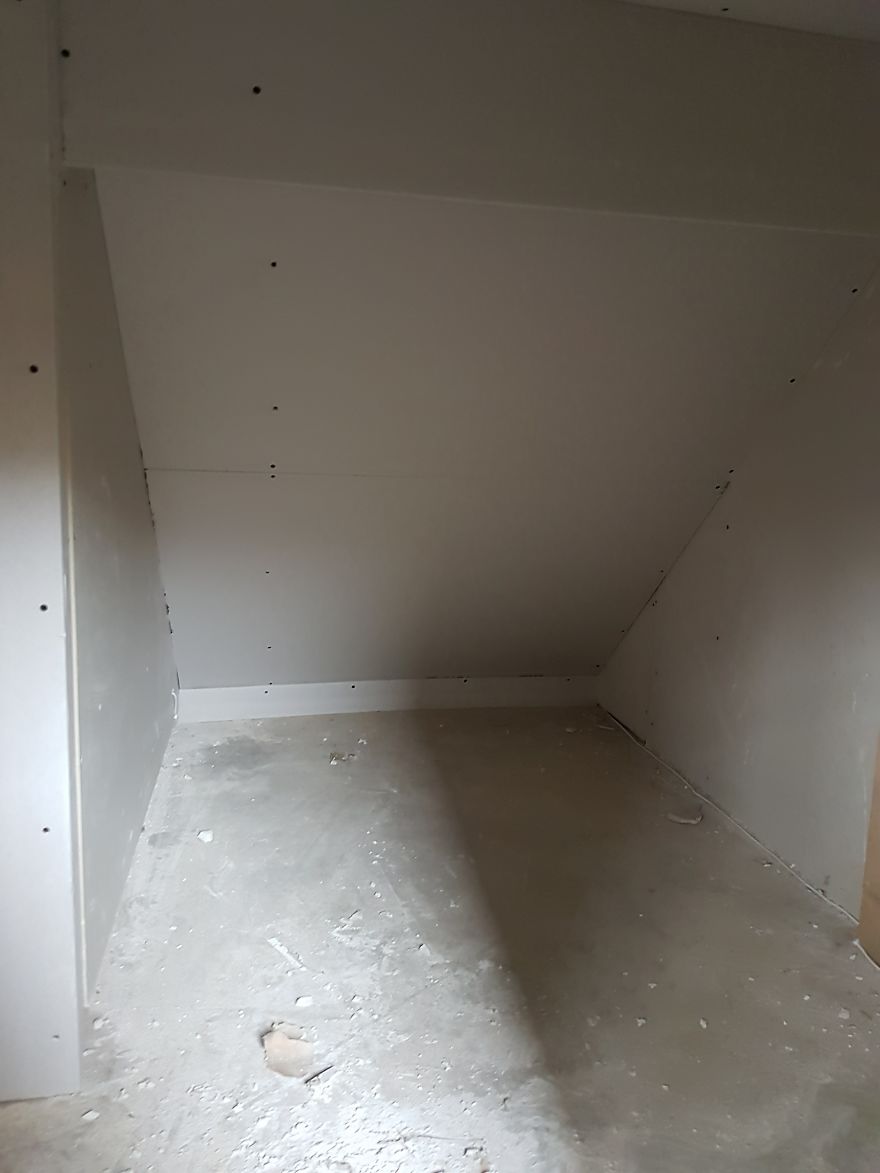 In for a sniff and helping with the plastering/sealing 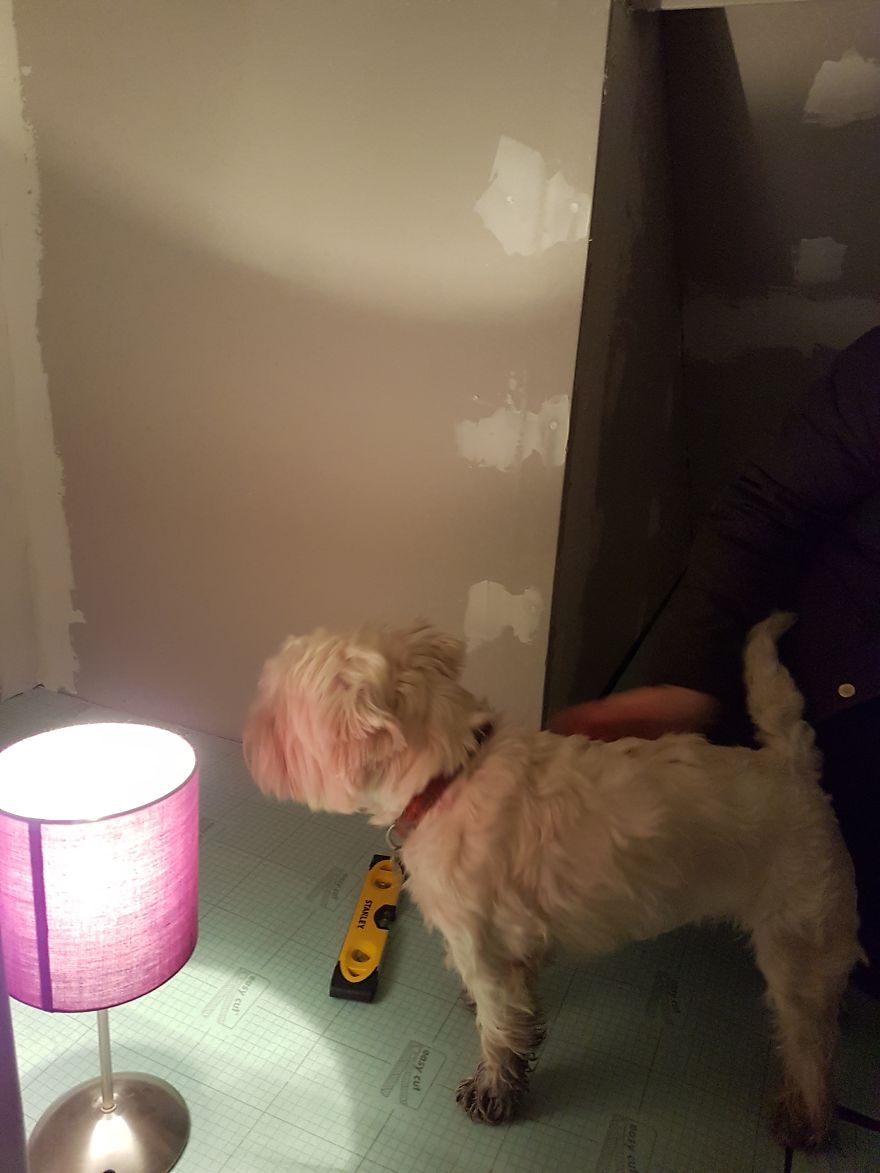 Feature wallpaper gives an idea of what’s coming next 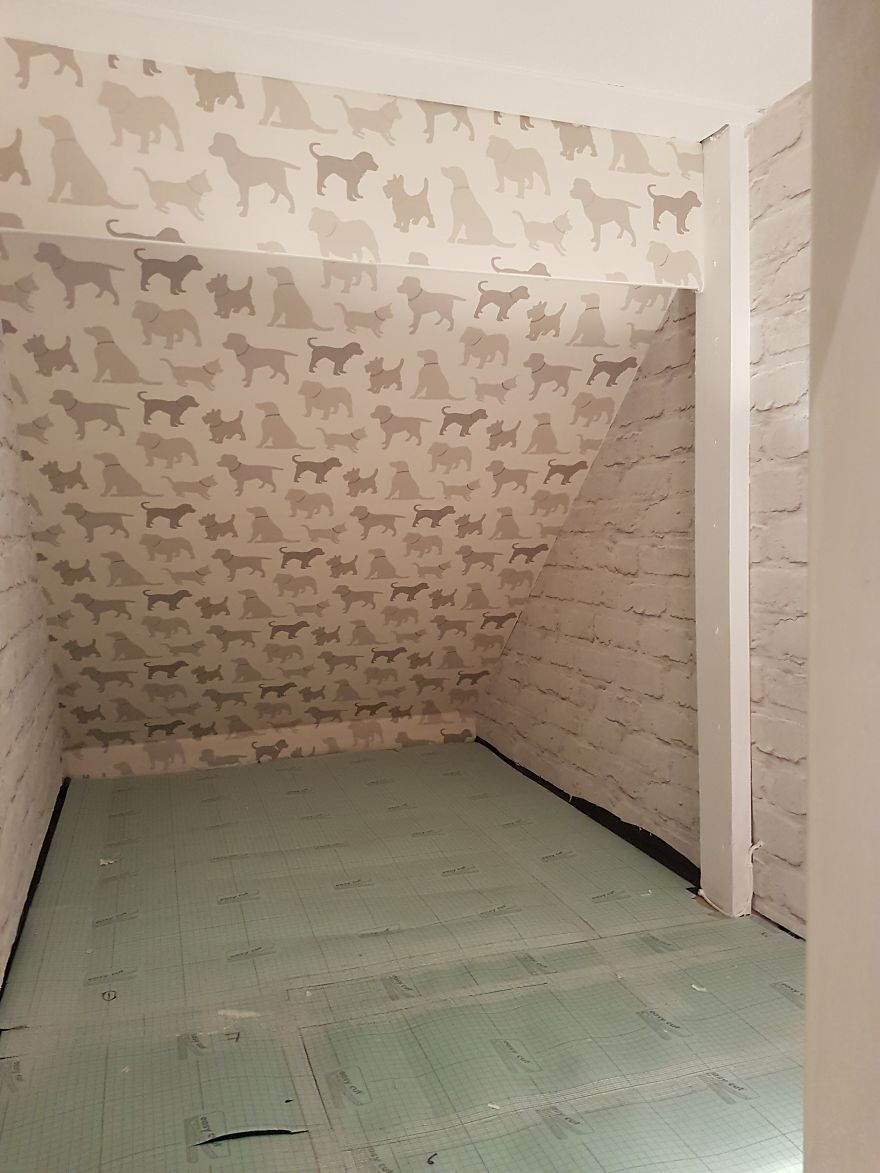 View from inside the room 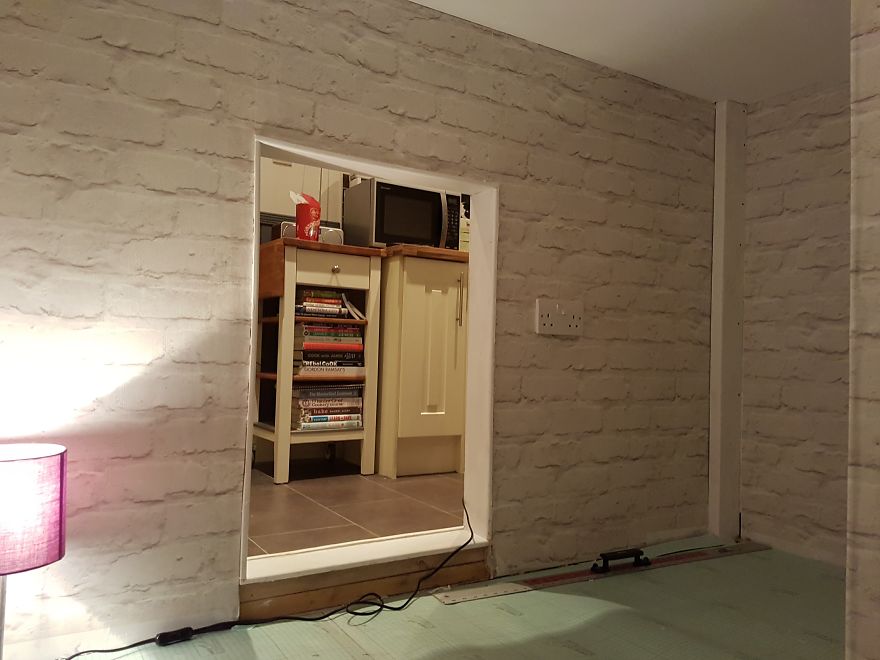 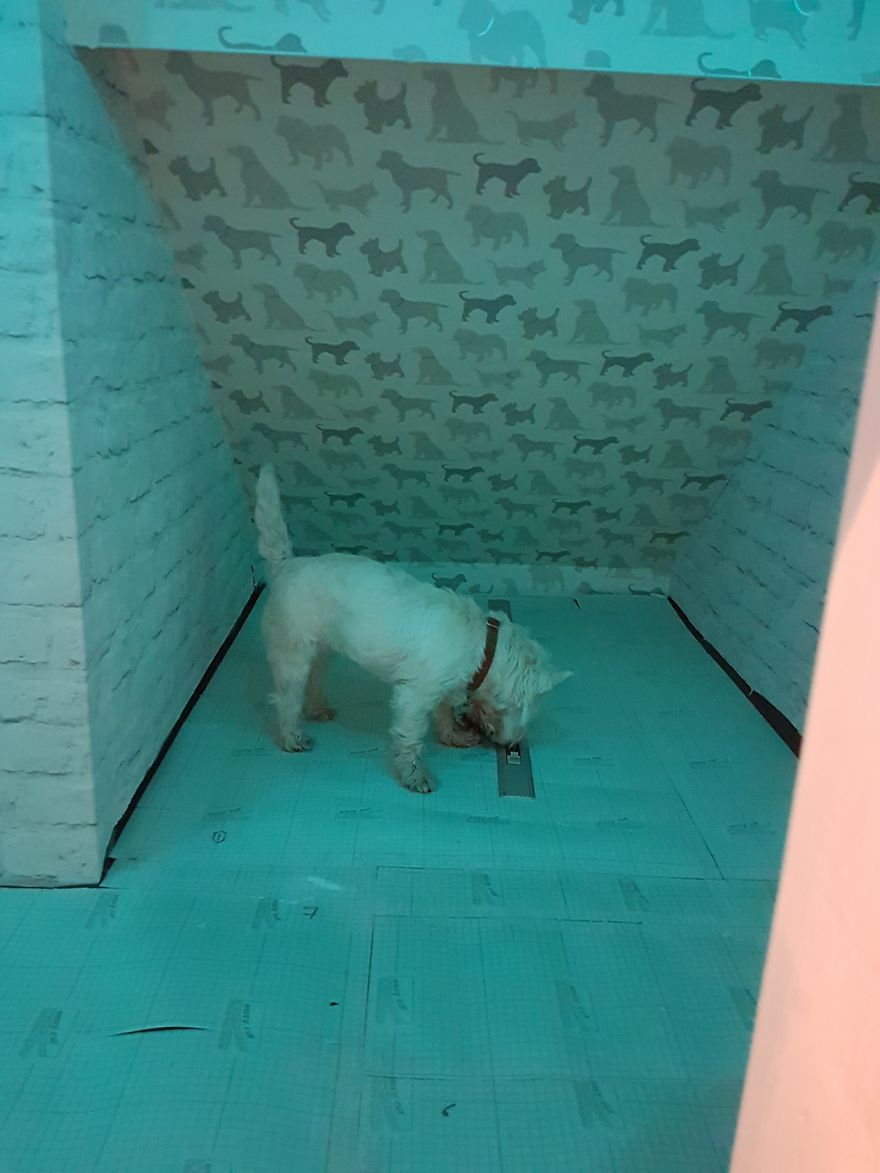 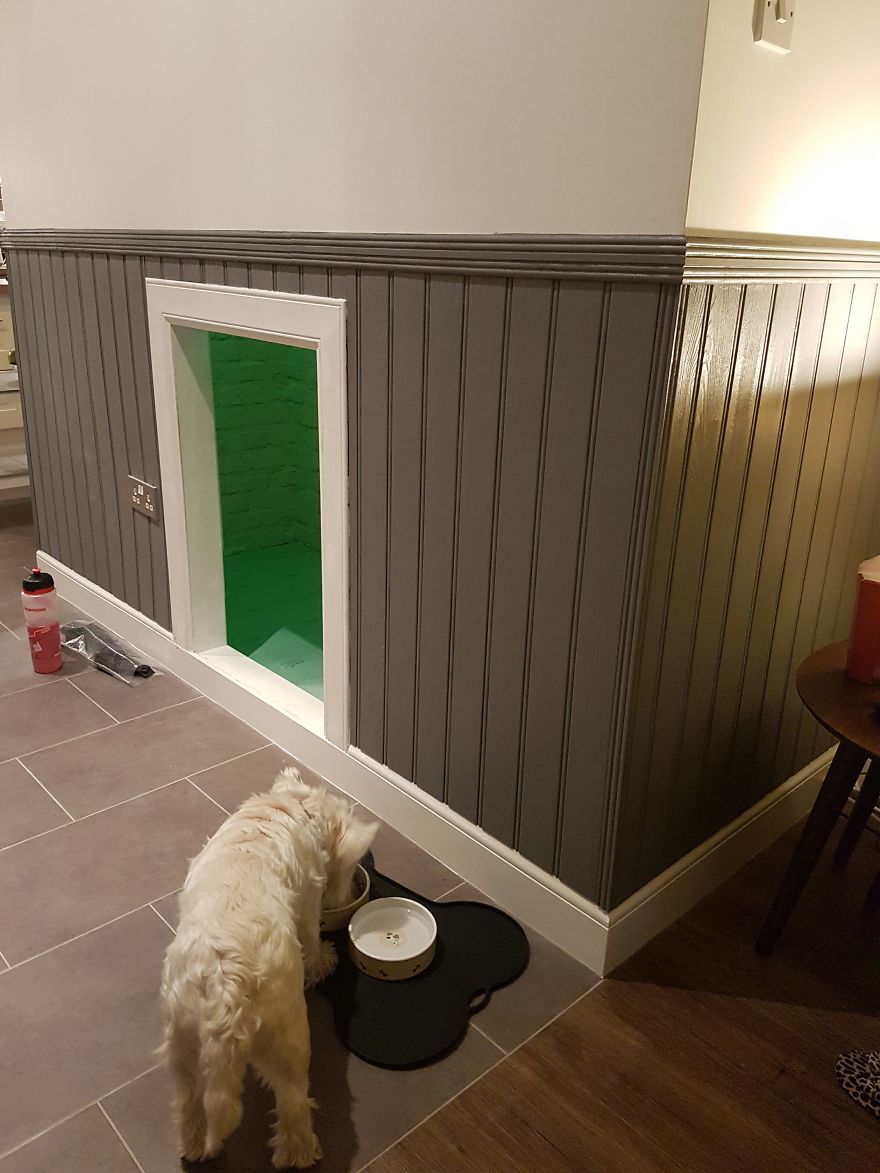 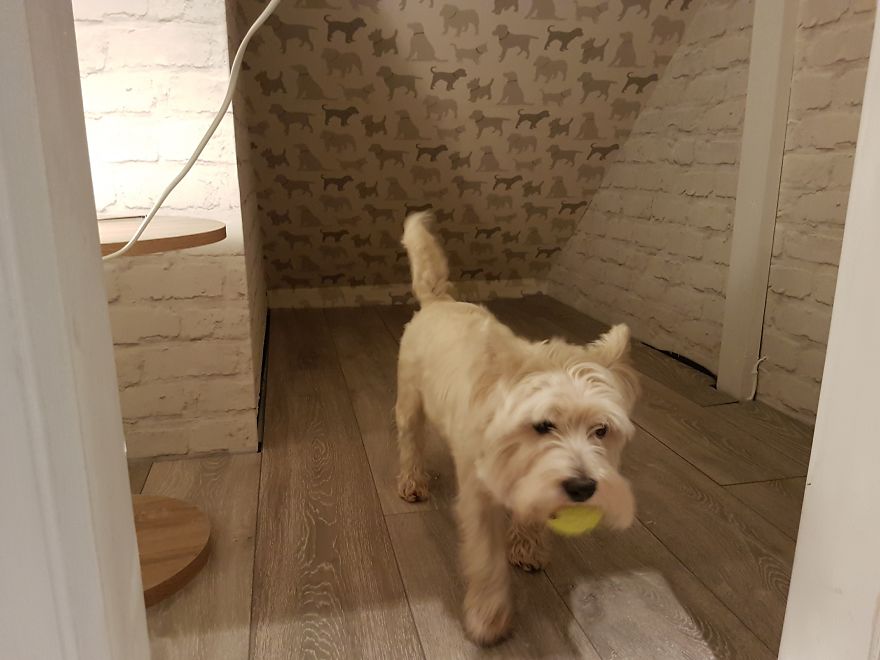 And skirtings for the awkwardly shaped walls! 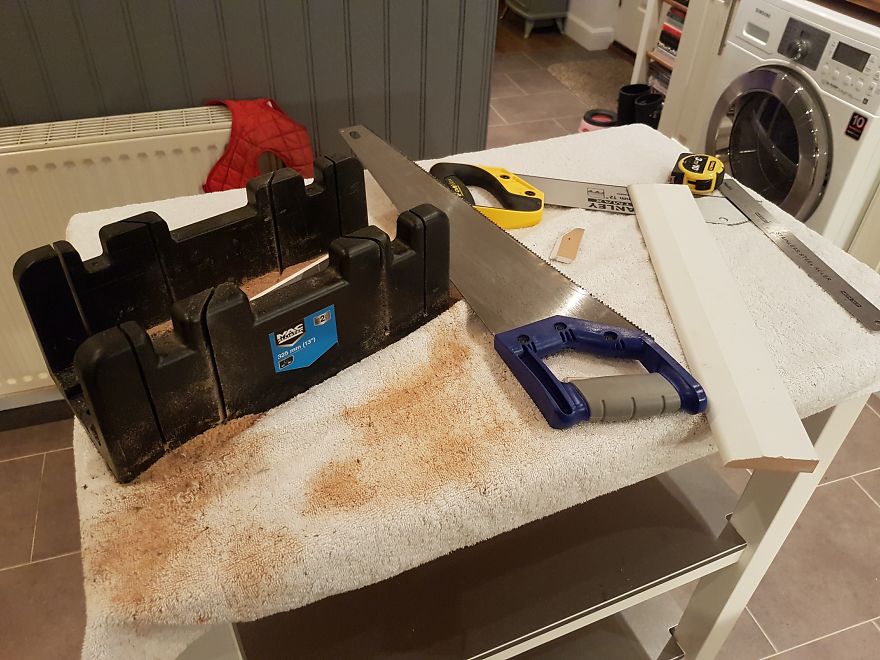 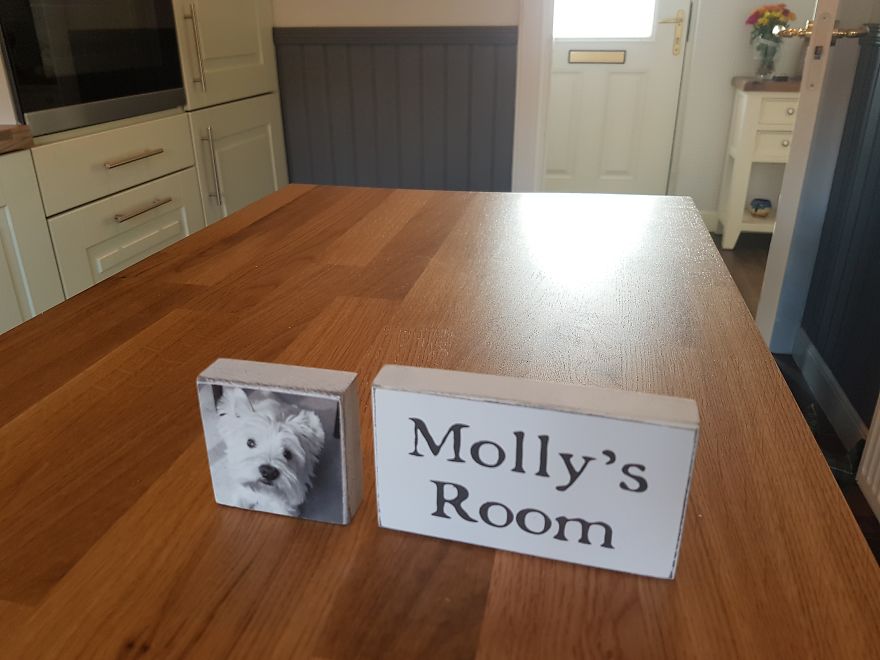 Molly still waiting patiently, has taken the new couch in the meantime 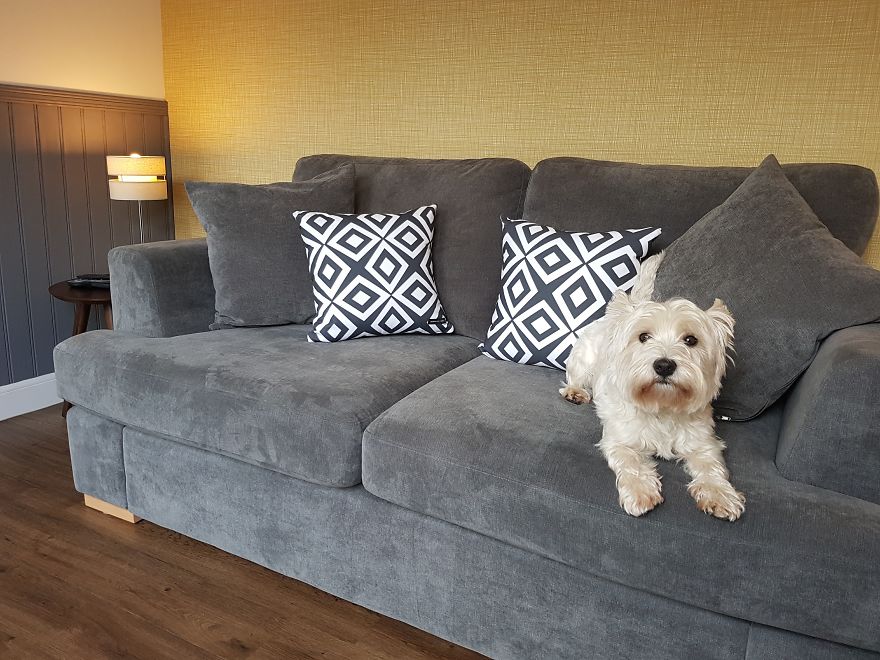 So I bought her one for her new room 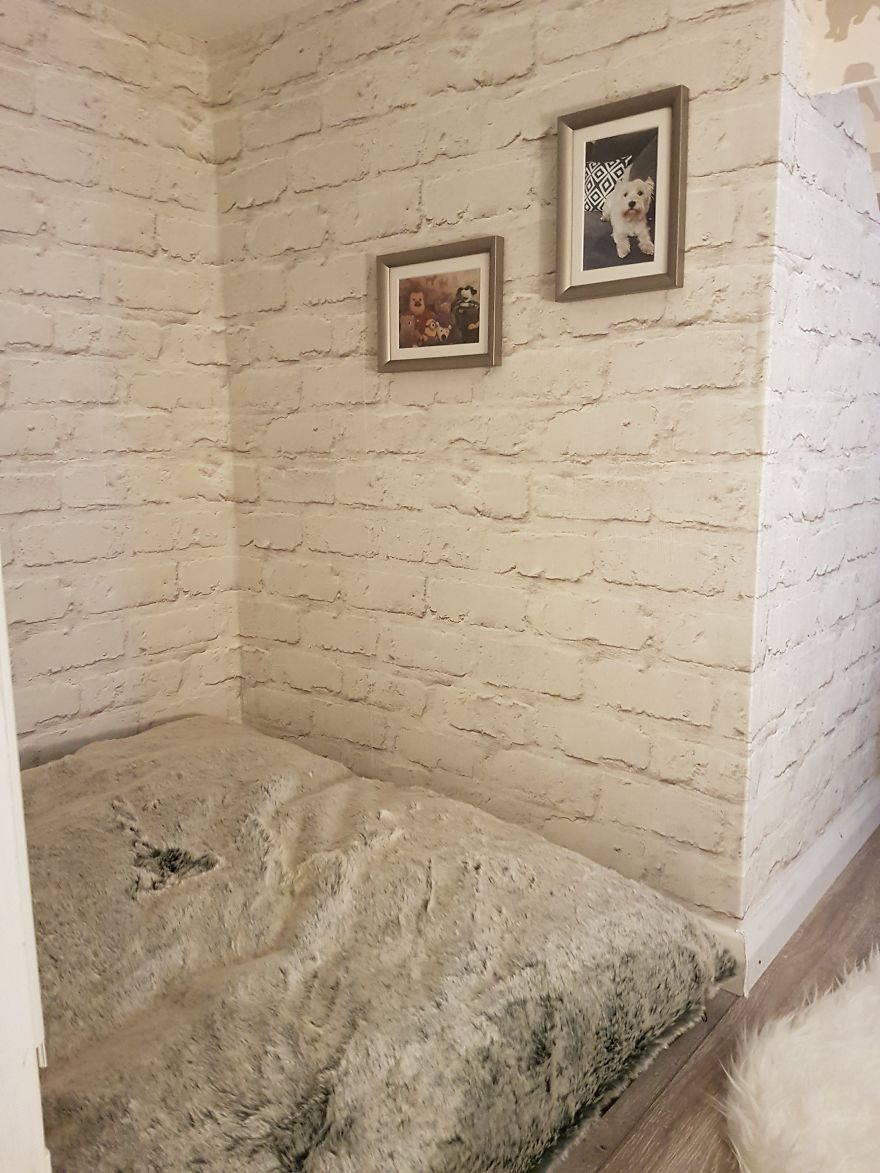 Pictures of Molly at school with her friends 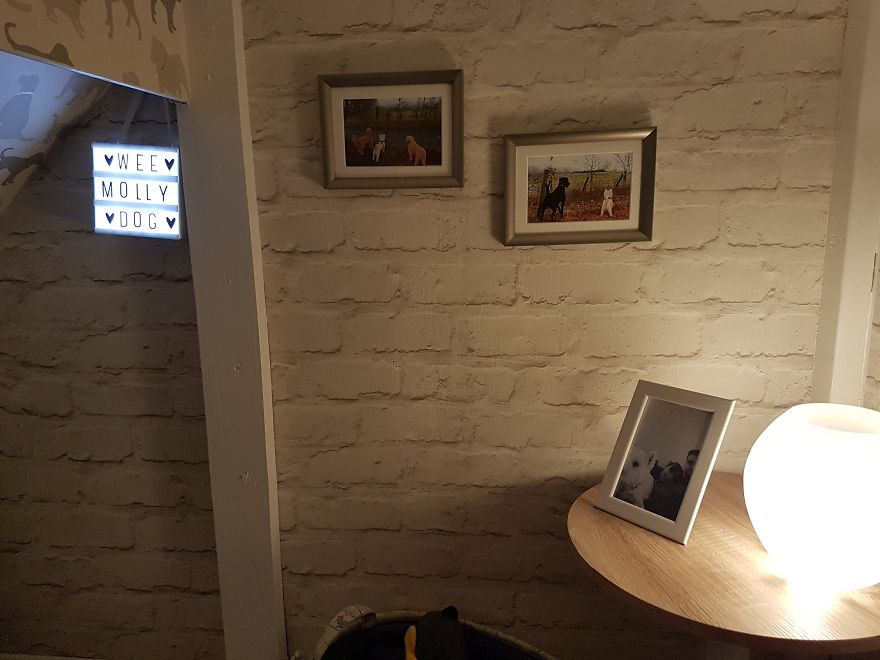 All moved in, proud as punch! 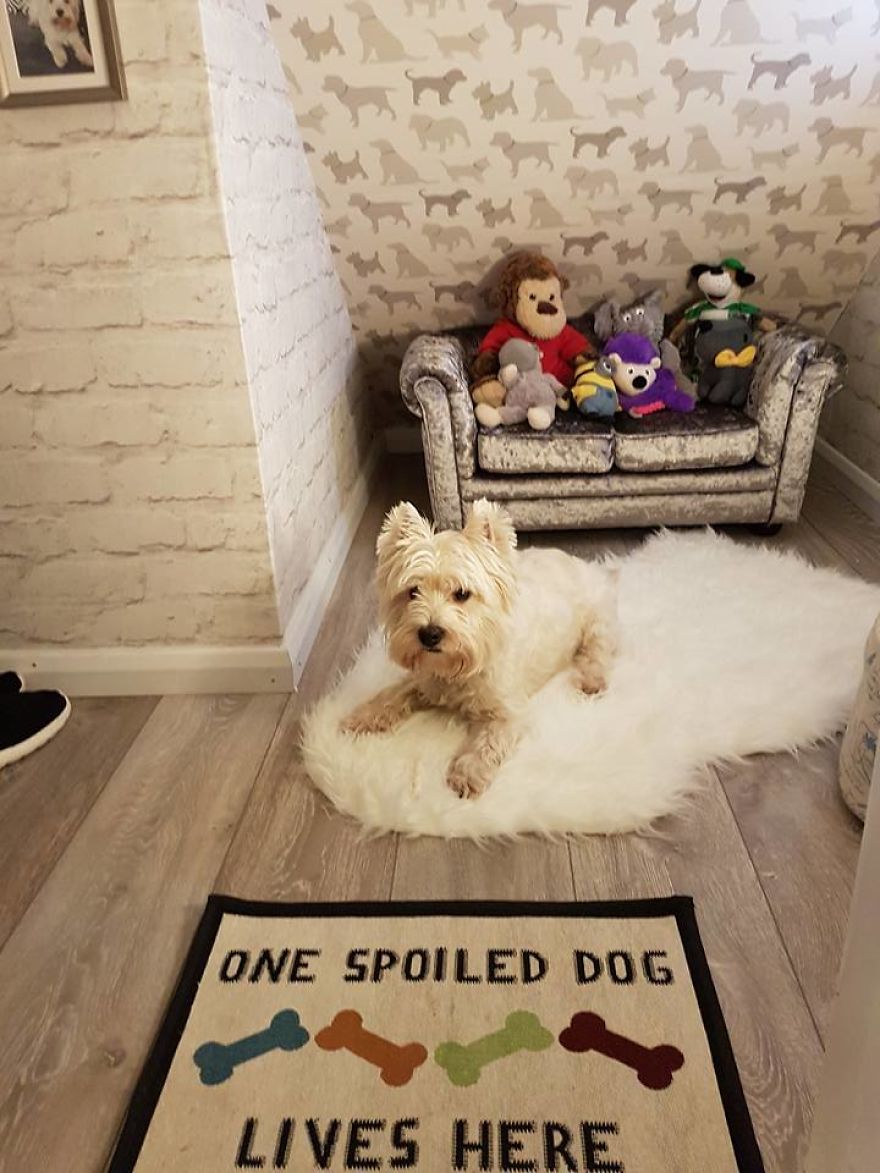 Posing in her new space 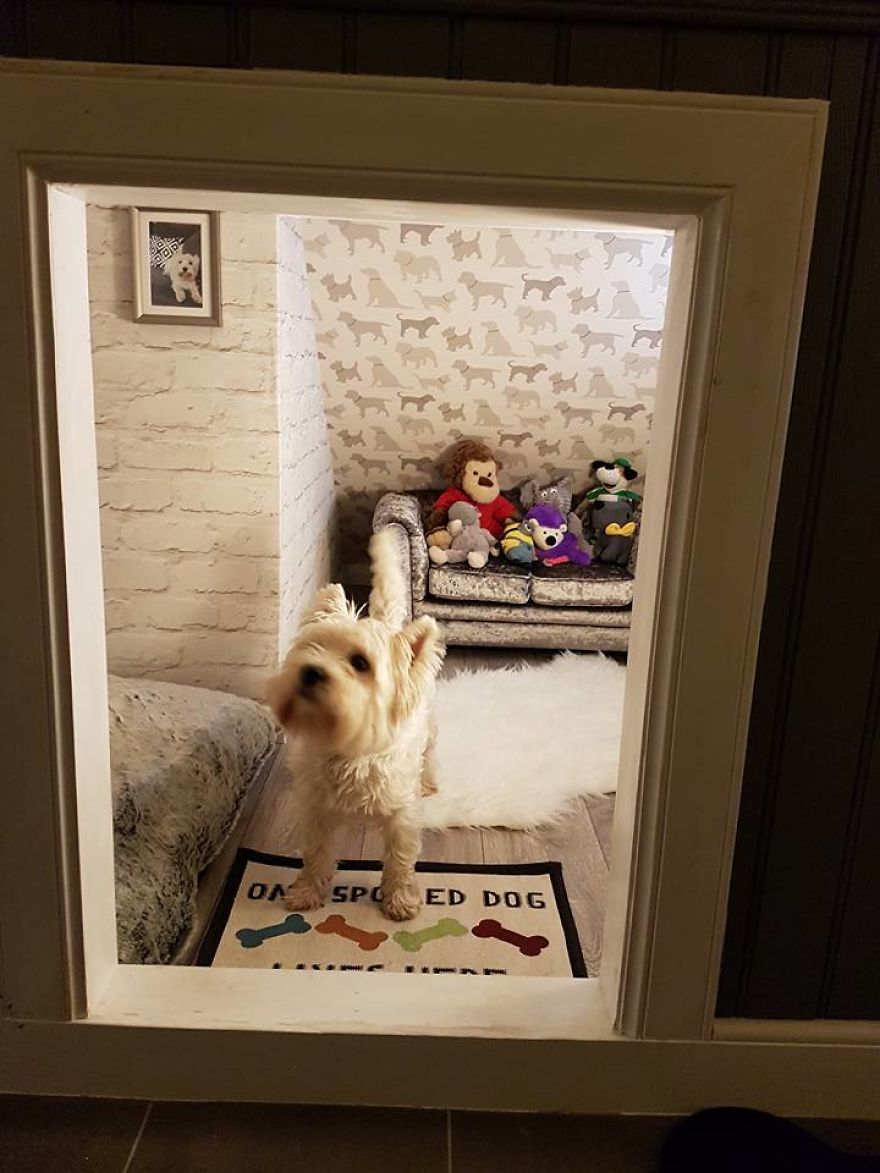 Finishing touches with her sign and peronalised leash/harness hook