Step aside, Ben Churchill – there’s a new contender for the title of Craziest Dessert Designer. Sarah Hardy is a British baker whose eerily realistic cakes will make you do a double-take. She bakes cakes in the shapes of human hearts, brains, frog and even baked one that looks like a raw turkey – imagine your reaction if you’d get served one of those without knowing! 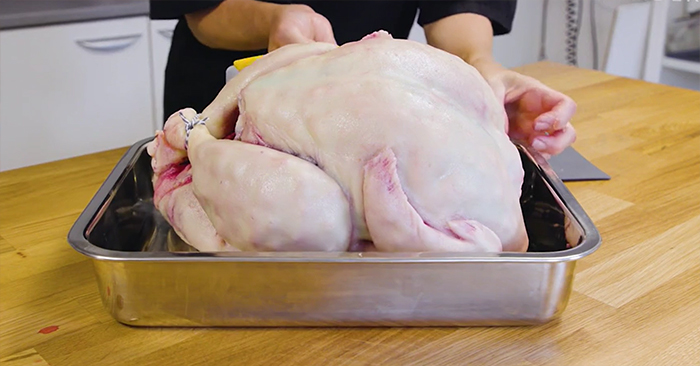 Sarah said she was making weird stuff all the way throughout her life, even creating sculptures with “hair sprouting out of vertebrae and bulbous stretchy feet” as a teenager. The baker says the real reason her cakes are so odd is frustration. “I had been making wedding cakes, trying to make real, proper cakes. And I started to add the odd brown petal or insect to the beautiful sugar flowers. I don’t even know if all the brides knew…” said the baker. She eventually got fed up with making “designer” cakes and made something “more akin to a Dutch still life with snails crawling all over”.

But it’s actually a cake! 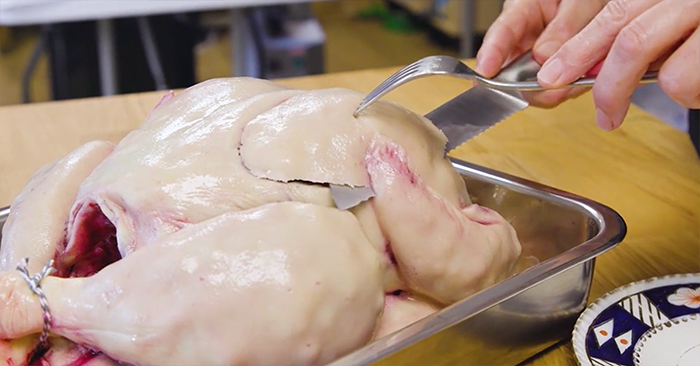 “When you’re buying a chocolate or a cake, you tend to be giving it to someone as a present and you want to give them an experience, not just a taste experience but the experience of surprise and a little bit of joy as well,” Sarah told Art Insider. “But most of the ideas are just things that I love. I’m just interested in natural history, internal organs, historical artifacts. If I like it and it’s cool, I’ll just make it edible.” 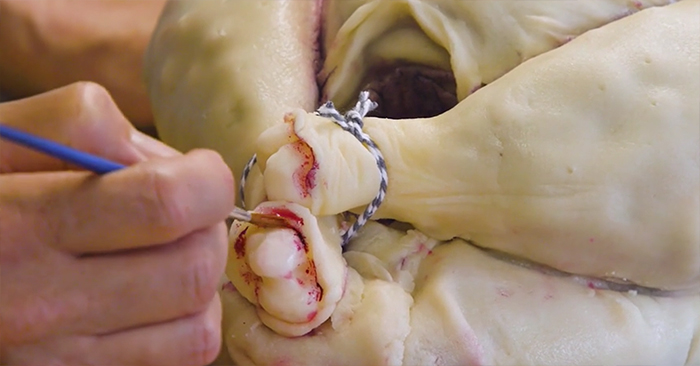 Creating such intricate cakes can take the baker days and can cost hundreds of dollars. Sarah says she loves being called a genius but says it’s not true – she just has funny ideas and is prepared to fiddle for ages until she gets the right effect. “Many people don’t understand why one would want to make something that looks like a raw turkey… it is admittedly not for everyone,” added the baker. 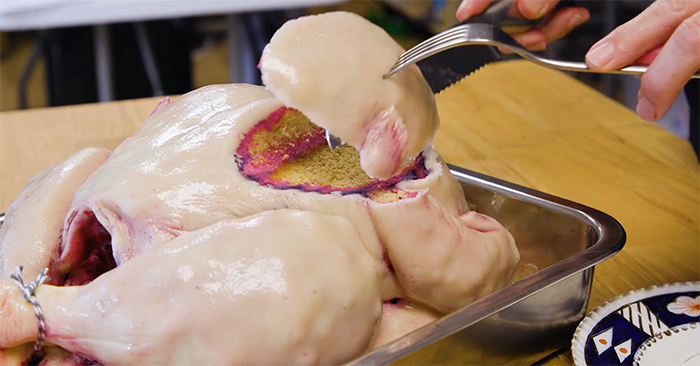 Just in case you want to disturb your friends, you can try baking the raw turkey cake yourself – Sarah even included a recipe!

It looks even more disturbing in action

People had mixed feelings about the cake