Nothing in this world lasts forever. Even stars die eventually. I don’t want to trigger any depressive associations, but humans don’t live all that long (in the grand scheme of things).

That’s why we should make those years count! Quit your 9 to 5 job, pack your bags, and travel the world. But “where do I go?” you ask? How about these 10 places that may soon disappear!


And I don’t mean places like Lenny’s hot dog stand near your office, I mean actually gorgeous locations that thanks to us, may soon only be seen on the Internet and in old pictures.

Take for example the Azure Window in Malta, that collapsed like 2 months ago. It was one of the most gorgeous natural formations in the world, and now it’s just… a pile of rocks. Don’t waste your opportunity, and go see at least these 10 (because there are many-many more than just ten) places before they are no more. 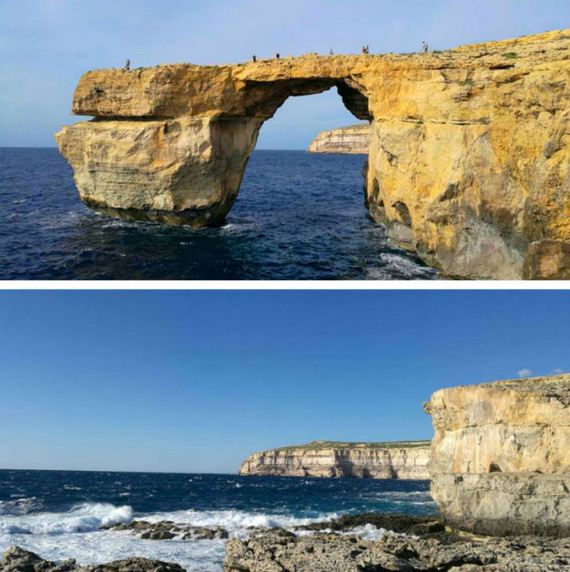 1. Everglades, Florida
Welcome to Southern Florida, land of tropical wetlands, rare but still breathing Florida panthers, and (allegedly) the biggest body dumping ground in the US. Thanks to the expansion of Homo Sapiens, pollution and farming have already taken over and destroyed more than 50% of this unique and fragile ecosystem. But, don’t worry, it’s still not too late to save the Everglades, so you can visit this place when you’re 90 or so. 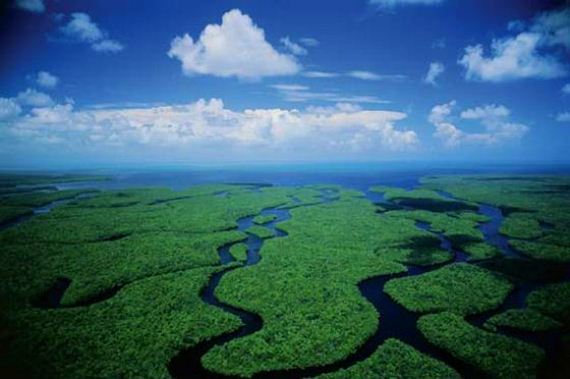 2. Congo Basin, West Africa
With the total area of 1.4 million square miles (3.7 million sq km), the Congo Basin is home to some of the world´s largest tropical rainforests. As you may know from school, tropical forests are the “lungs” of our planet, producing over 40% of world’s oxygen. So what do humans do to these “lungs”? That’s right, they chop it all down, so little Suzy can get her books. It’s 2017, people, it’s cheaper to get a PC or and E-Book! The saddest part is, that up to 2/3 of the forests will be gone by 2040, according to most estimations. 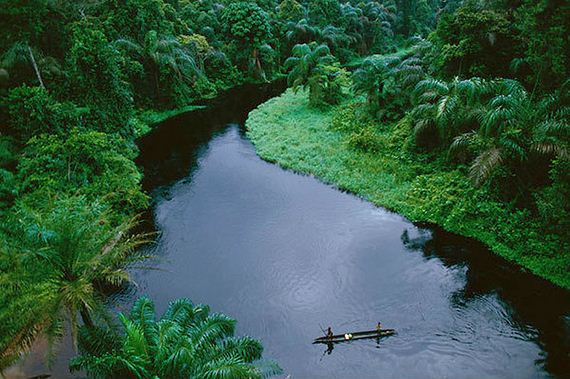 3. Ranthambore National Park, India
The Ranthambore National Park is quite huge, covering an area of about 155 square miles (400 sq km), and it is one of the largest national parks in Northern India. The park definitely has some financial problems, but it’s biggest issue are the park´s most famous inhabitants, who may vanish soon – tigers. By some estimations the striped kitties might go from endangered to extinct in just about 15 years. Guess who’s to blame for this bullcrap? F#$%ing Right! Those evil poachers! 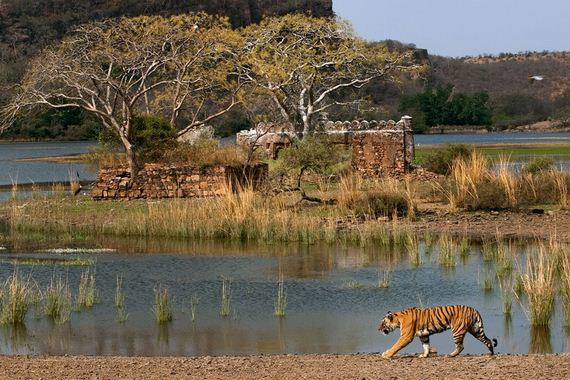 4. Franz Josef Glacier, New Zealand
If you’re one of the idiots who don’t believe in global warming, or think it’s a “conspiracy”, first of all, f#$k you, and second of all, look at this shit! The Franz Josef Glacier, on the West Coast of New Zealand’s South Island, was growing until 2008 but since then it has entered a very rapid phase of retreat and, according to some estimates, it might completely disappear within 100 years. That’s a lifespan of a human, not a 10,000-year-old glacier! Is this ice giant also a part of the conspiracy? 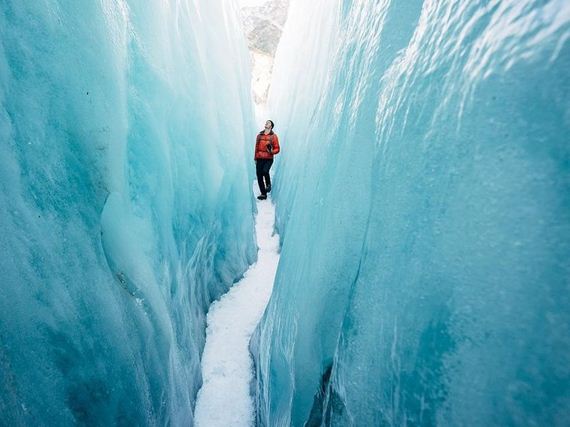 5. Madagascar forest
Alright, let’s change the scenery. Madagascar is an island country in Southeast Africa, and a home to countless animal species (90% of which are endemic, meaning they live only there) who love hanging out in a tropical rainforest. Que the humans! Logging, poaching and pollution are the biggest problems this piece of land has ever seen. The island has lost more than 90% of its original forest since the day we set foot there. As you can imagine if appropriate actions are not taken, the forest and its unique ecosystem will be lost forever in less than 30 years. 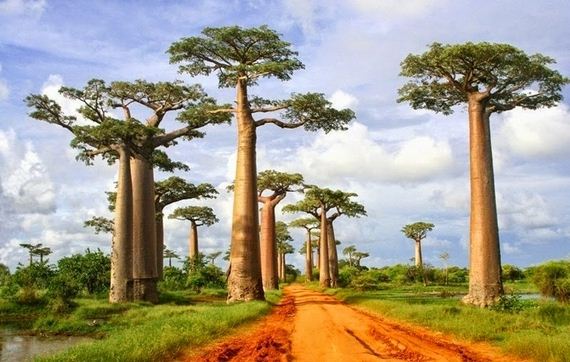 6. Great Barrier Reef, Australia
The Australian Great Barrier Reef is freaking massive, covering an area of 133,000 square miles (344,400 sq km). It’s the largest coral reef system in the world, but that means bupkis when pollution and overfishing are the reason why this beautiful natural wonder lost more than half of its corals in just about 27 years. Some scientists even say that it can die out completely in less than 40 years. 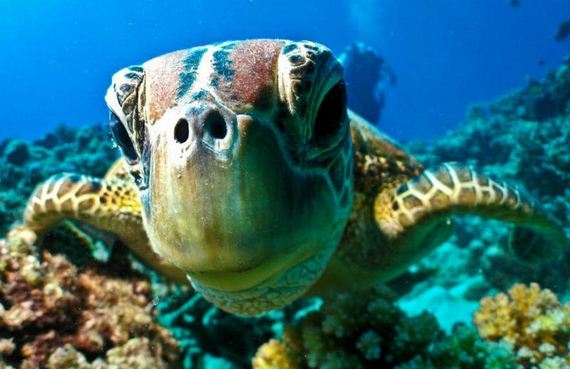 7. Tahuamanú Rainforest, Peru
The Tahuamanú Rainforest is one of the largest supplies of mahogany in the world. And if I’ve learned anything from the Hollywood movies, people looooove mahogany. The forest is of course a home for a plethora of rare animal species such as giant armadillos, jaguars and parrots. I’ll let you figure out what’s going to happen to this paradise if we don’t do something. 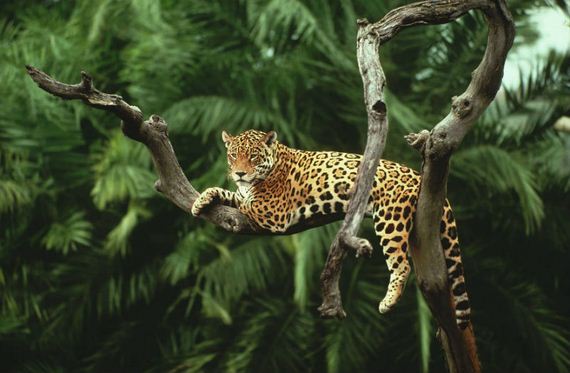 8. Mount Kilimanjaro, Tanzania
No-no, the mountain itself won’t go anywhere, don’t worry about that, but its picturesque snow cap has decreased by at least 80-85%. It is estimated that the rest of the ice cap will probably be gone by 2040. 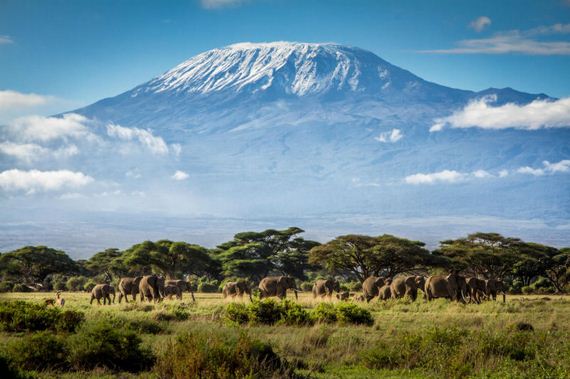 9. Dead Sea, Jordan/Israel/Palestine
“What is dead may never die”, or whatever the Greyjoys said in the Game of Thrones. It’s true, unless we’re talking about the Dead Sea. Since 1930, the sea has shrunken by half, currently recessing by a rate of 3 feet (1 meter) every year. Go there before it’s too late! 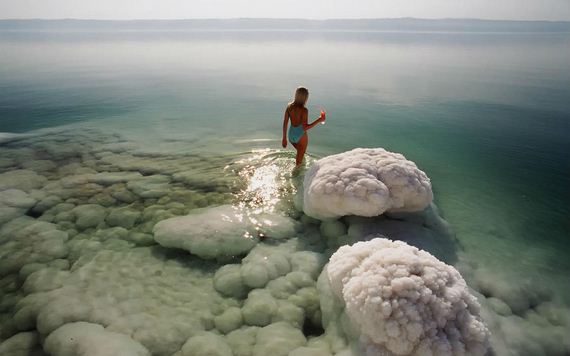 10. Ko Tapu, Thailand
The legendary Nail Island, or Ko Tapu, is a 66 feet (20 meter) tall stack of land and rocks, towering over the Phang Nga Bay, Thailand. You may remember seeing it in the 1974 James Bond movie, because since then this rock formation became extremely popular, and has been visited by millions of tourists. However, what goes up, must come down. The Nail Island may collapse any day now, due to the extremely shaky ground it’s situated on. 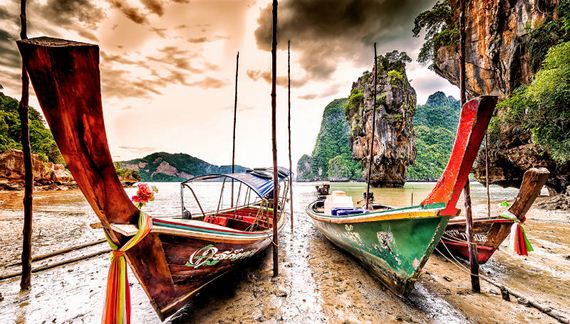