After a neighbor called the cops to complain about a slip ‘n slide which they claimed was blocking traffic in Asheville, North Carolina, the police had to investigate. After checking things out, they realized everything was in order with the slip ‘n slide, so they decided to try it for themselves. 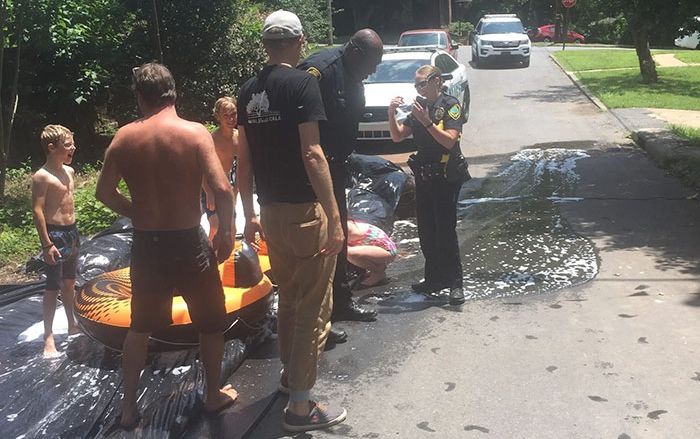 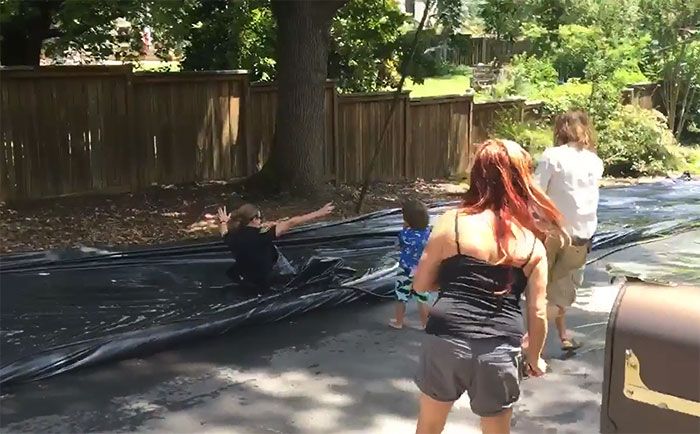 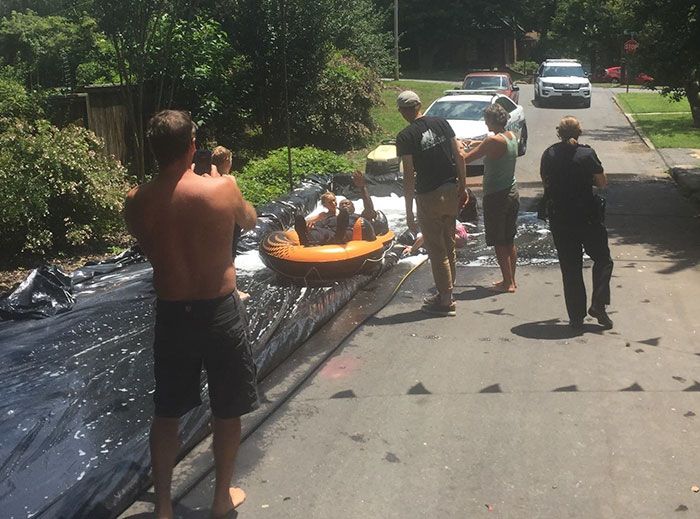 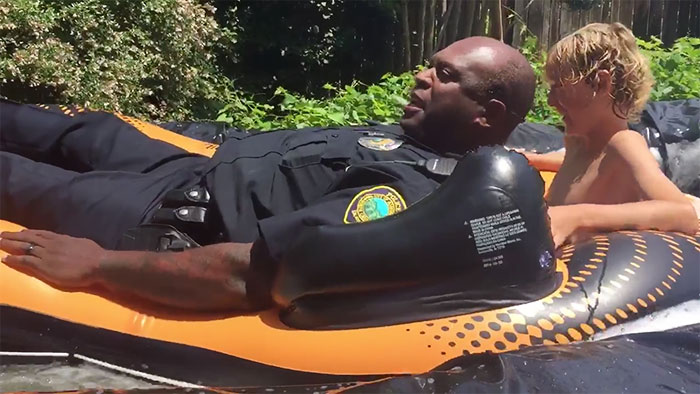 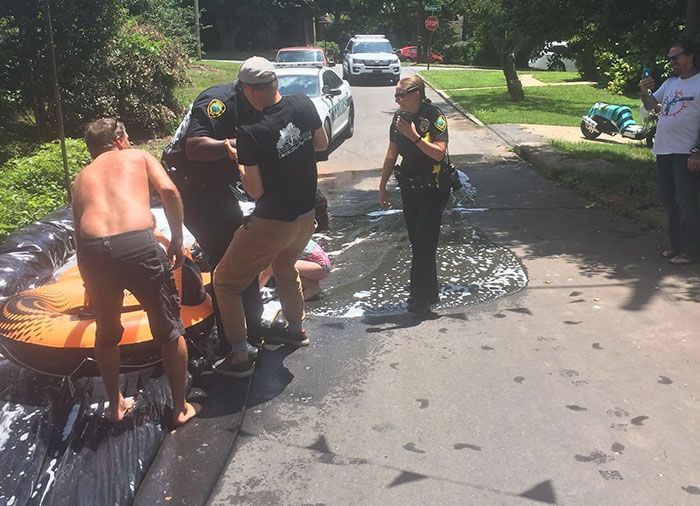