Florida isn’t just about The Walt Disney World Resort, sunny beaches, or even alligators. Now, Florida is full of pythons. That’s right. Florida now has anywhere between 100,000 and 300,000 Burmese pythons slithering through the Everglades.

Despite many well-meaning hunting parties, pythons are still on the loose and reproducing at record speeds. If this continues, we’re basically going to have to pick up Disney World and move it to Georgia.


The Burmese pythons in Florida started as pets. But when owners realized that they had monsters of mythic proportions hanging out in their houses, they decided to just let them go. Pythons met pythons and made baby pythons and now South Florida is python country. 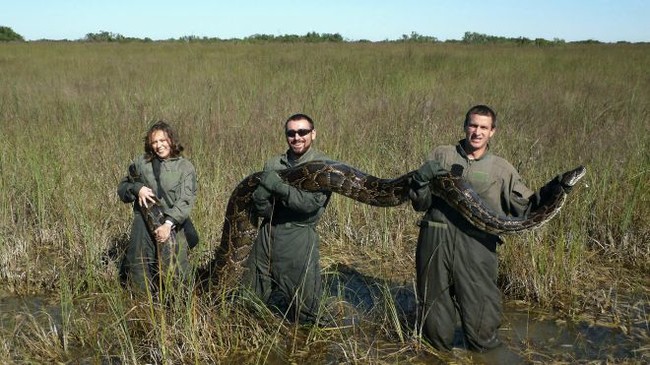 Pythons have no natural predator. Their only competition is the American alligator. The two reptilian titans have been known to battle each other to the death over food. 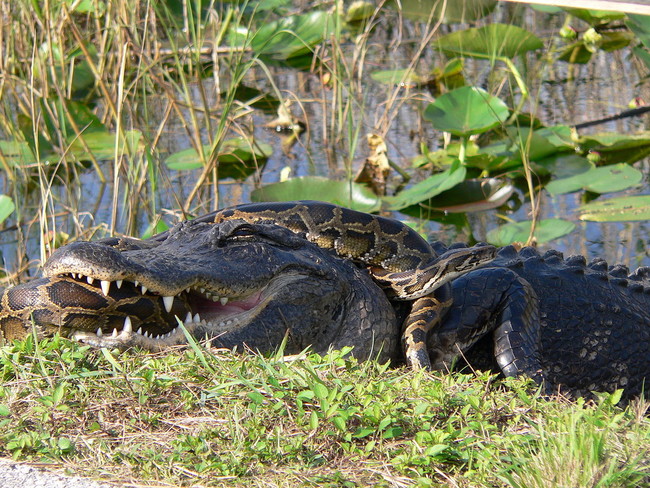 The snakes are breeding at an alarming rate and gobbling up all the wildlife that’s supposed to live in Florida. For example, here’s a python who swallowed a small Whitetail deer. 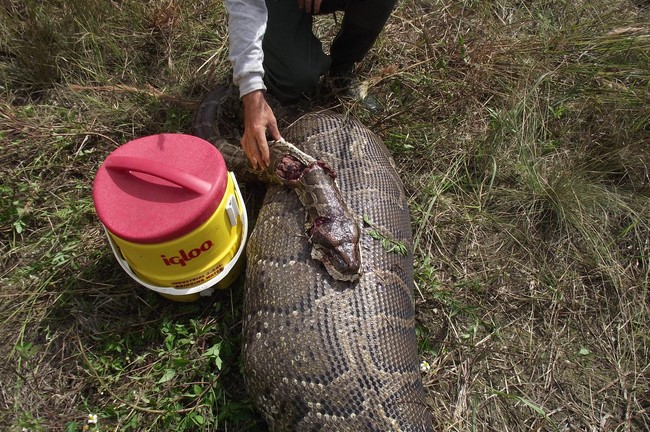 To learn more about the biblical plague that’s befallen the great state of Florida, check out this video report by the New York Times.

Luckily, these snakes aren’t poisonous…they just have a penchant for suffocating their prey. So if you’re vacationing in Florida and you suddenly feel a scaly hug…blame all those lazy, short-sighted pet owners.