As it turns out, chameleons can entertain the crowd even when they’re not changing colors. Michigan-based artist Emma Ward has shared pictures of her pet reptile Olive grabbing tiny weapon props and the internet just couldn’t handle it.

Emma’s tweet has been liked almost 400,000 times and retweeted nearly 170,000 times, making Olive one of the most popular chameleons on the web. It even got a photo-response from a flying squirrel owner whose pets share the same hobby!

“Knowing she likes to grasp anything that goes in her hands, I thought Lego swords and Evangelion weapons would be an interesting idea,” Ward told Chron.com. She got the nearly 2-year-old Olive in April 2016 from a reptile exhibition in Detroit, and they have been best friends ever since. 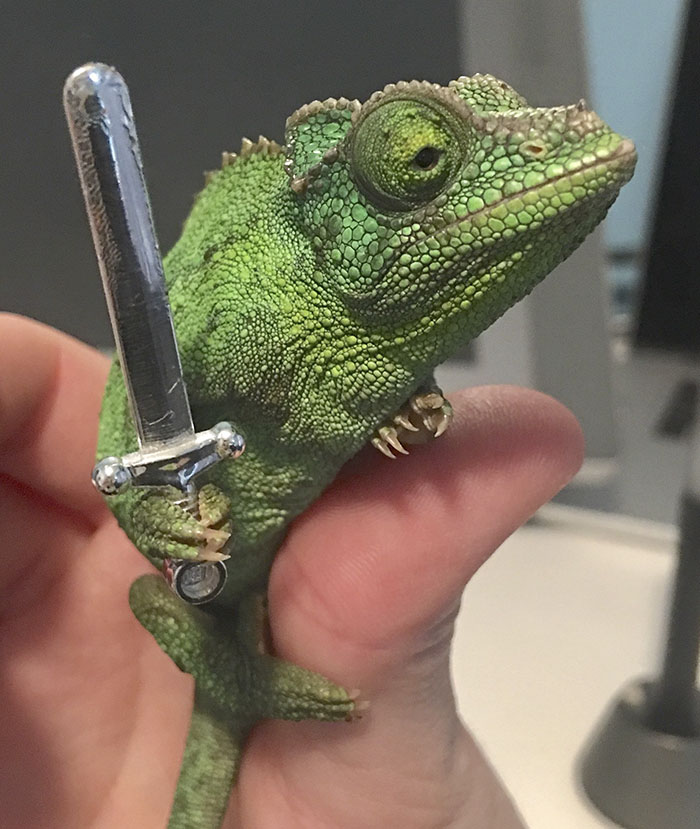 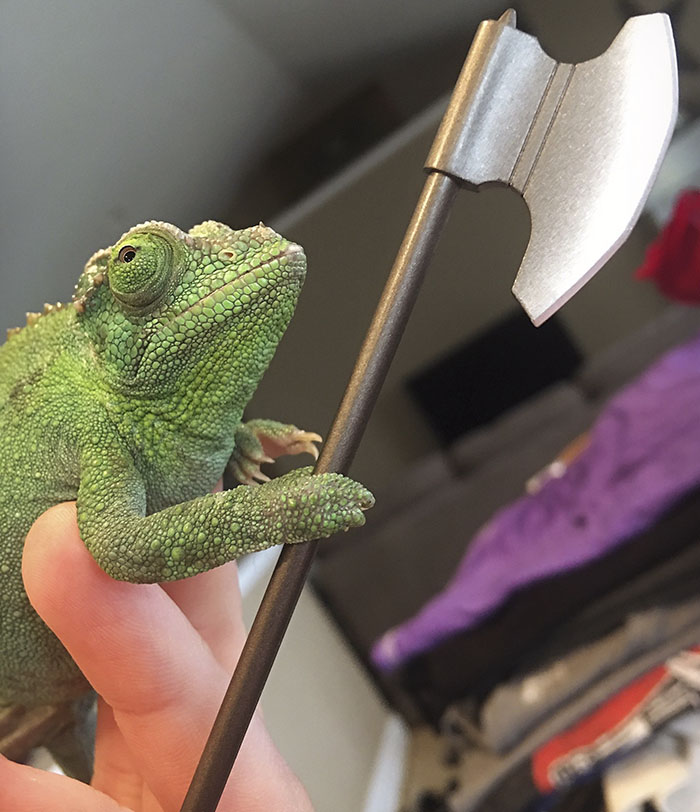 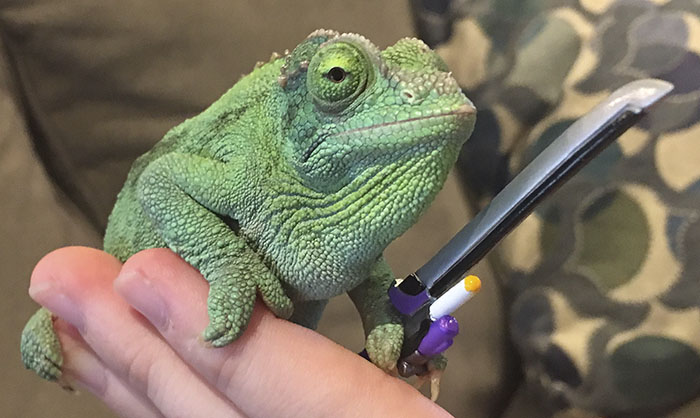 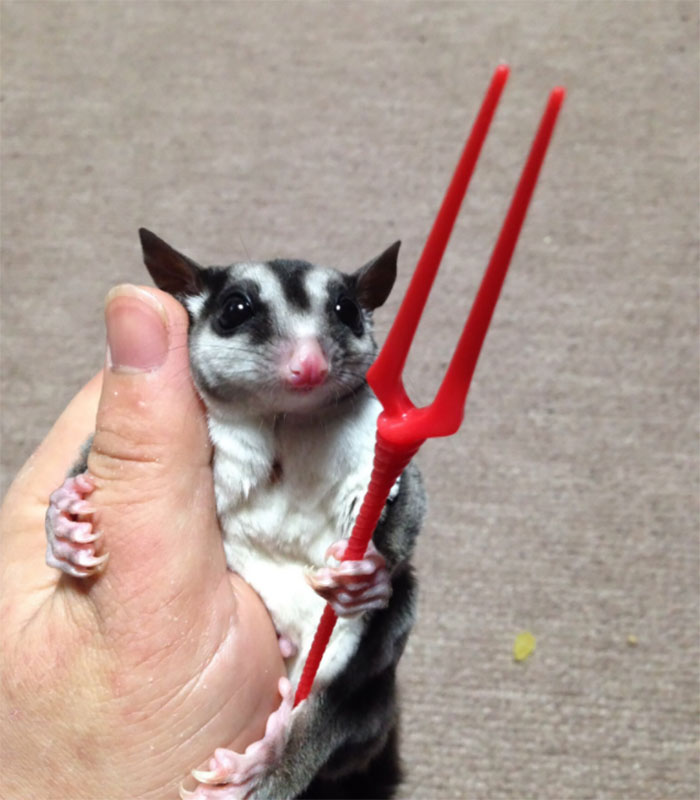 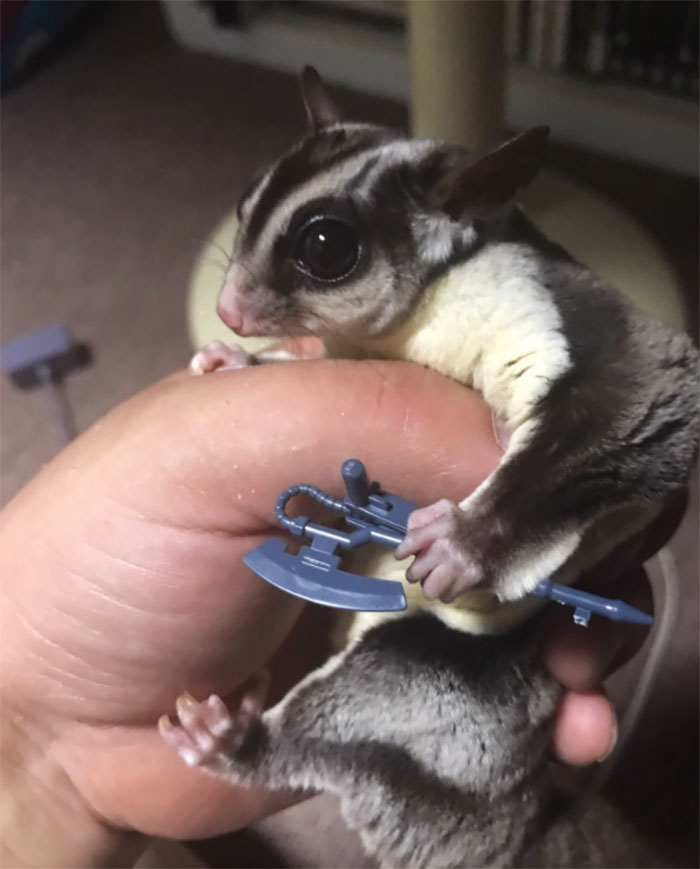 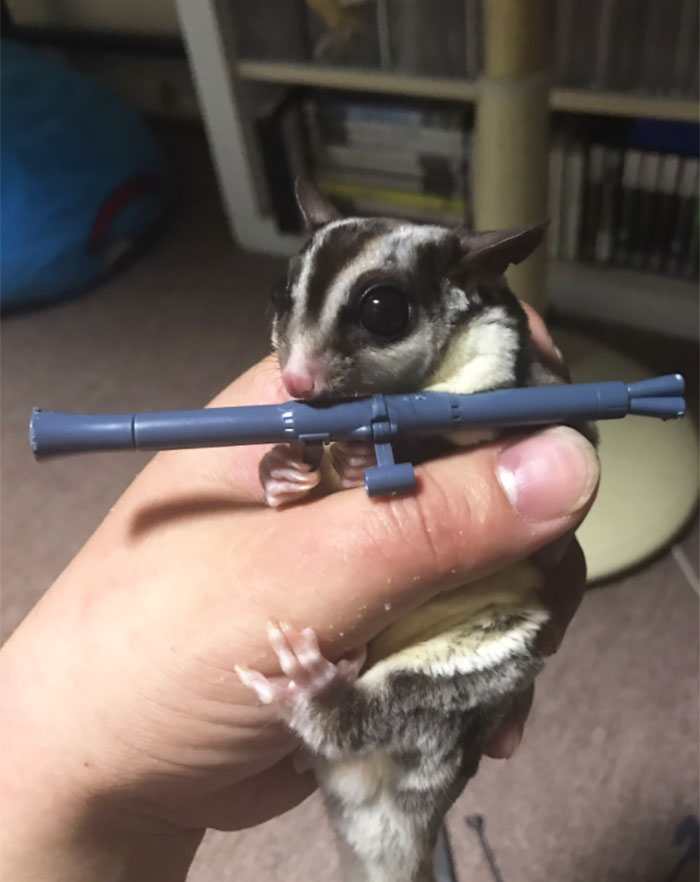 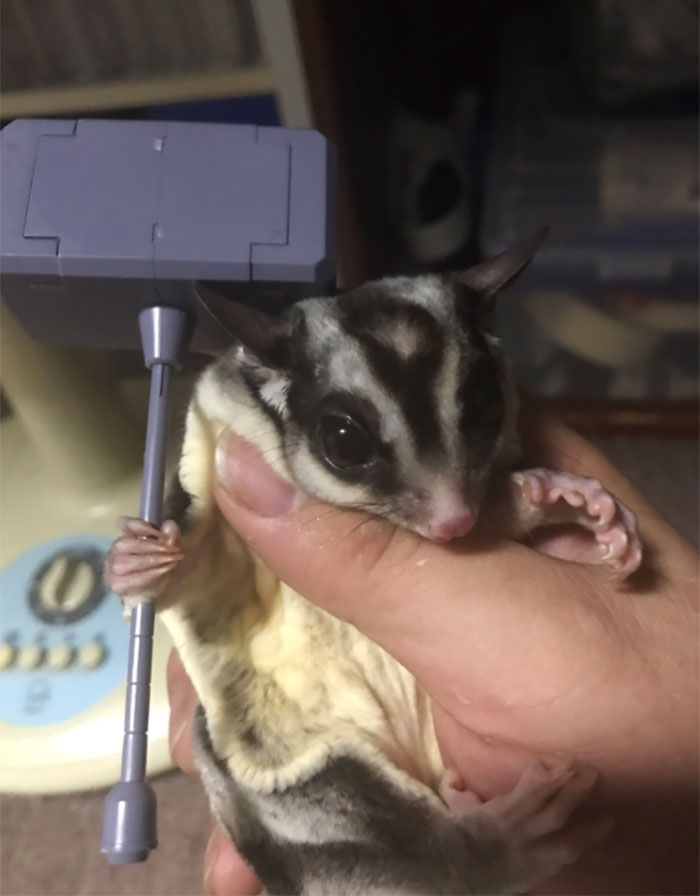 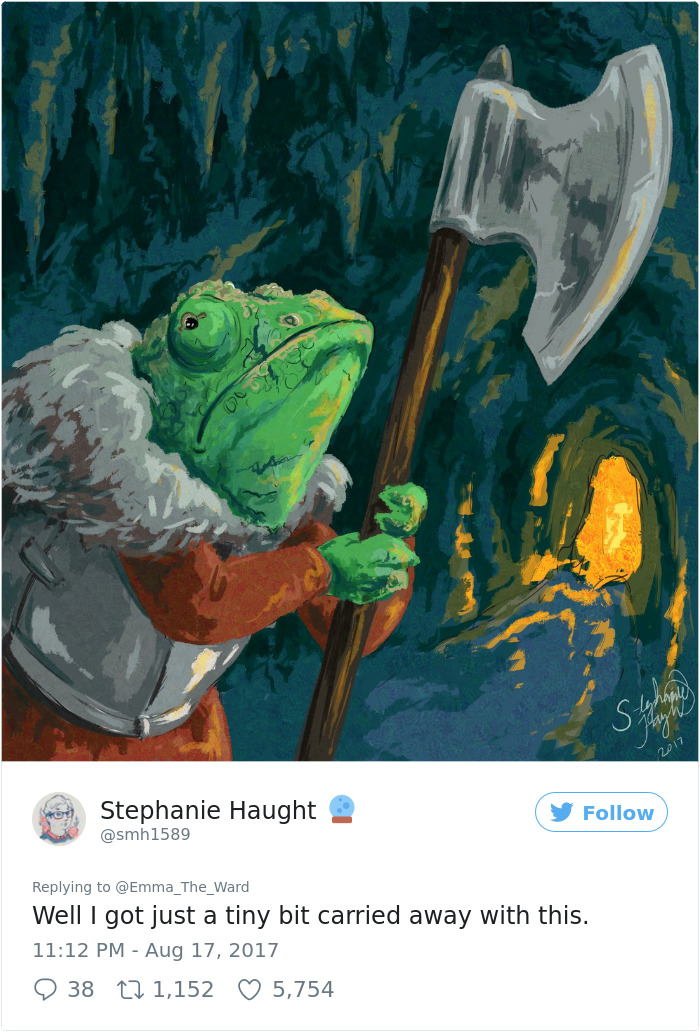 And while the army of like-minded reptiles grew 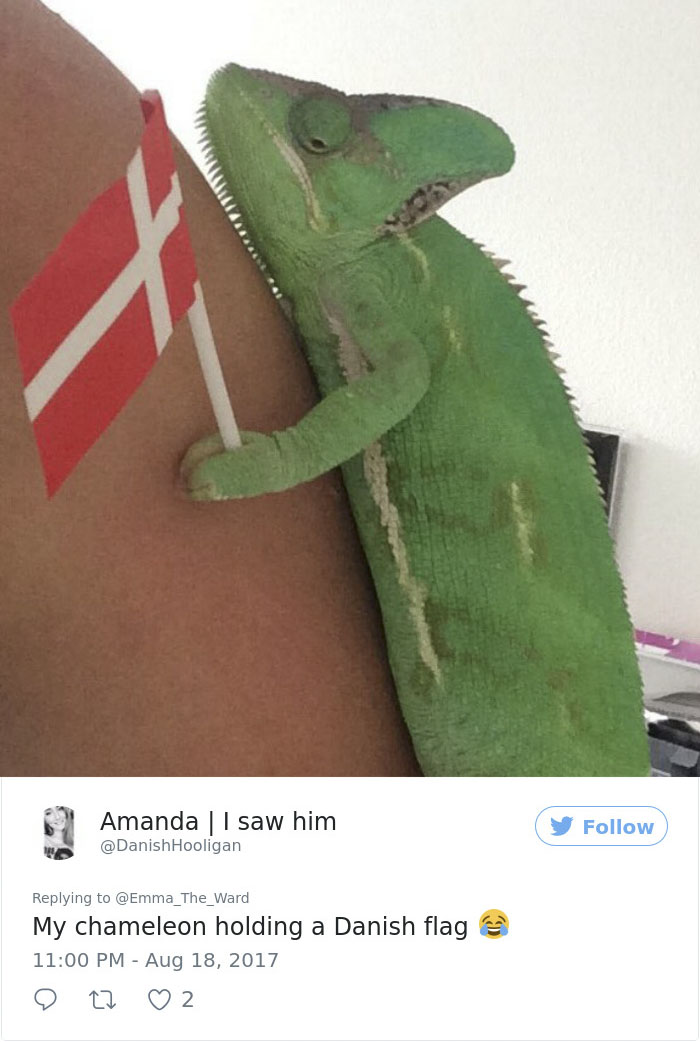 With many adorable chameleons joining in 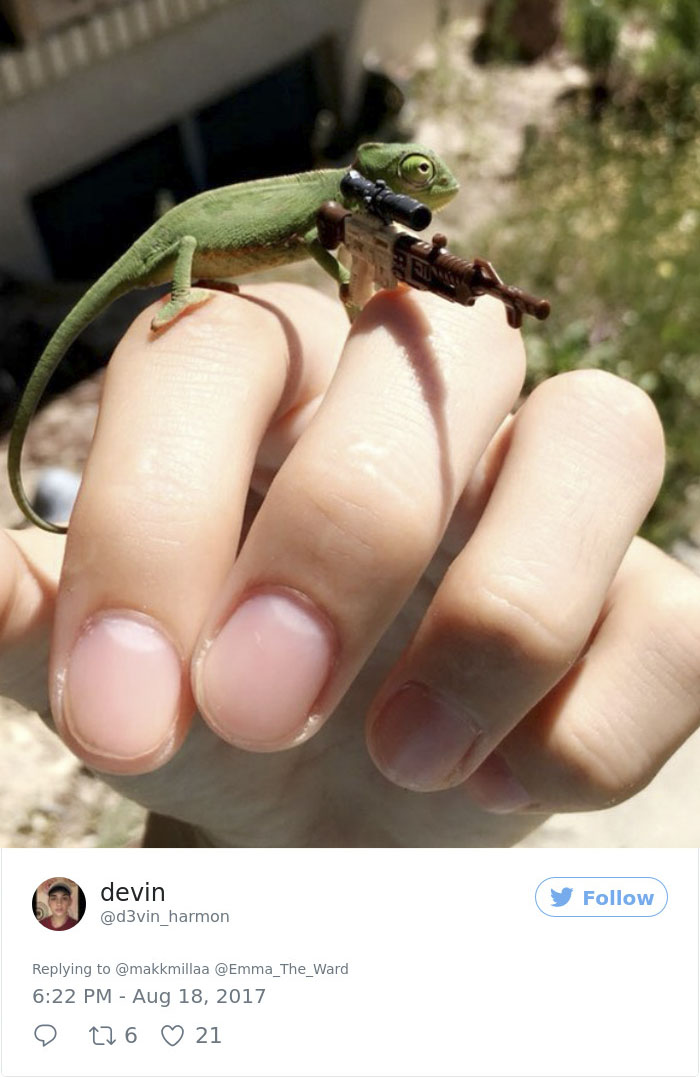 The number of their admirers climbed as well