Home » Ten Meaningful Tattoos For Men Everyone Should Consider Getting

The decision to get a tattoo is not one that should be taken lightly. After all, not only are tattoos painful and sometimes quite expensive when they’re inked into your skin, they’re notoriously difficult and expensive to remove. Often, it takes several treatments to remove a tattoo, depending on the color of the inks used in the tattoo and how old it is. Speaking of age, tattoos are also known to fade, so they might actually require a bit of maintenance.

All of that said, there are a lot of people out there who love the look of ink on their partner; furthermore, a tattoo can be a great way of honoring a loved one or remembering a dearly departed friend.

There are some tattoos that look better on women, and some that look better than men. In general, for example, men do not get butterfly tattoos. There’s nothing with doing so, they just don’t. However, if you are a reader of the male persuasion, here are nine tattoos you might want to consider. 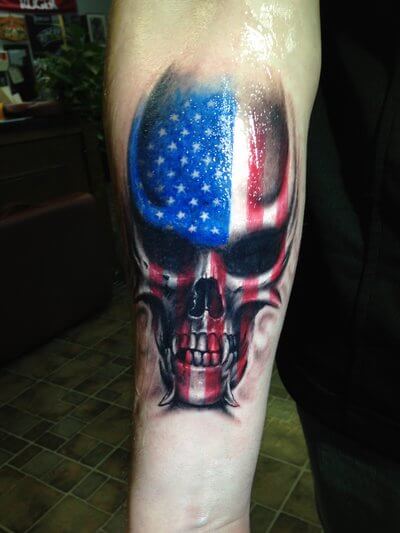 Skulls as a symbol typically represent mortality and death—the latter of which generally not something we as human beings want to think about on a regular basis if we can help it—but they sure do look pretty cool as a tattoo.
Skull tattoos are pretty popular, and there are a number of reasons why. For one, because they remind us of death, they also remind us that life is short and that every day that we’re alive should be treasured. Interestingly enough, there is a region of the human brain dedicated to recognizing faces, and as a species we can’t effectively separate the image of a skull from that of a human face. For that reason and others—such as the size of the eye sockets—skulls are weirdly pleasing visually to human beings. So while you may be getting a skull tattoo because you’re a morose individual, you might also be making yourself a more attractive one in the process if the skull tattoo is in an obvious location. 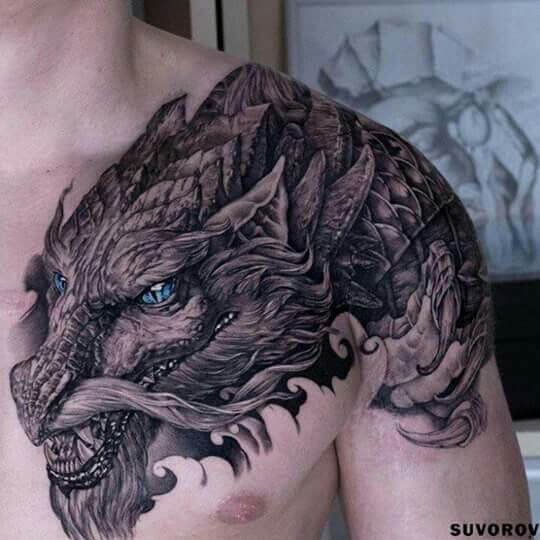 Let’s be honest here: dragons are awesome. Whether a guy wants to slay one to save the pretty princess or be one so that we can blow fire on our enemies and burn their homes to a crisp, men have and likely always will have an affinity for the legendary creatures. There’s a reason why they’ve been a part of stories since, well, human beings started writing stories.

Even if dragons are often female—and they frequently are in popular culture, seeing as they’re known to lay eggs—they’re ferocious, fierce creatures that can breathe fire. What could be more manly?
It is worth nothing that dragons aren’t always destructive creatures. In certain cultures, they’re considered wise and benevolent; while those aren’t necessarily traits attributed to manly men, they are indeed both traits that all men should have. 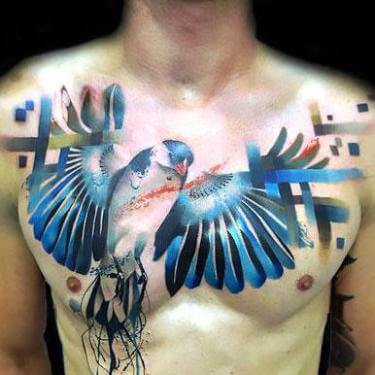 Okay, it feels kind of weird to suggest that a man should get a bluebird tattooed anywhere on his body, especially not on a location visible to the general public. Most men, when they think of bluebirds, think of birds that help Disney princesses do her hair while she sings about how she wants more out of life. Or maybe that’s just me. Regardless, bluebirds aren’t really considered manly creatures.

But weirdly enough, they are manly: they’re associated with sailors, which is definitely one of the more masculine professions! They’re basically pirates, after all. Sailors get bluebirds tattooed on themselves—generally on the chest—after sailing 5,000 miles. The sailor then gets another one on the other side of his chest after 10,000.

In case you haven’t been convinced that bluebirds are manly little things, according to Iroquois tradition, they have the power to cause the spirit of winter—the Iroquois call that spirit Sawiskera—to flee in fear as well as cause ice to recede.

4. The Name of Your Girlfriend 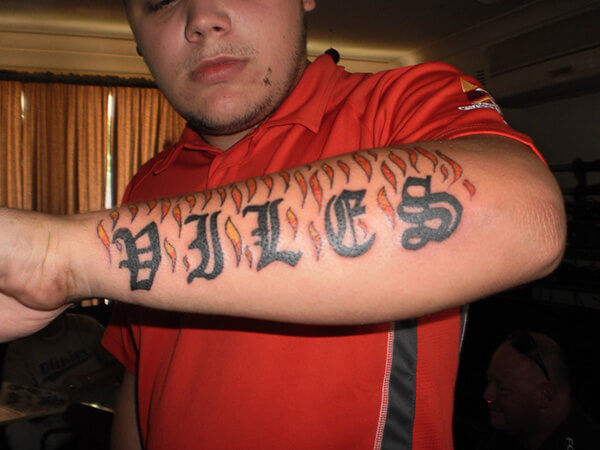 Anyway, men tend to get the name of their sweetie tattooed on their body during the initial or final phases of a relationship. What that means is that they generally do so to impress a new mate or desperately hold on to one that is drifting—or running—away.

If you’re getting a woman’s name tattooed on your body in order to get her to fall for you or keep her from running away, you need to reevaluate your choices in life and maybe get a bit of professional help.

However, if you are getting a name belonging to the beautiful woman who married you 20 years ago and gave birth to your three fantastic children, you’re making a solid move. Congratulations, sir, on winning at life. You should possibly consider getting the name of any daughters you might have tattooed under her mother’s.

Do remember what was already stated in this article: tattoos are ridiculously difficult and expensive to remove. The lady you fell for during karaoke night at the local chain restaurant isn’t worth the thousands of dollars of laser treatments you’ll almost certainly endure if you get her name tattooed on your butt.

5. Mother and a Heart 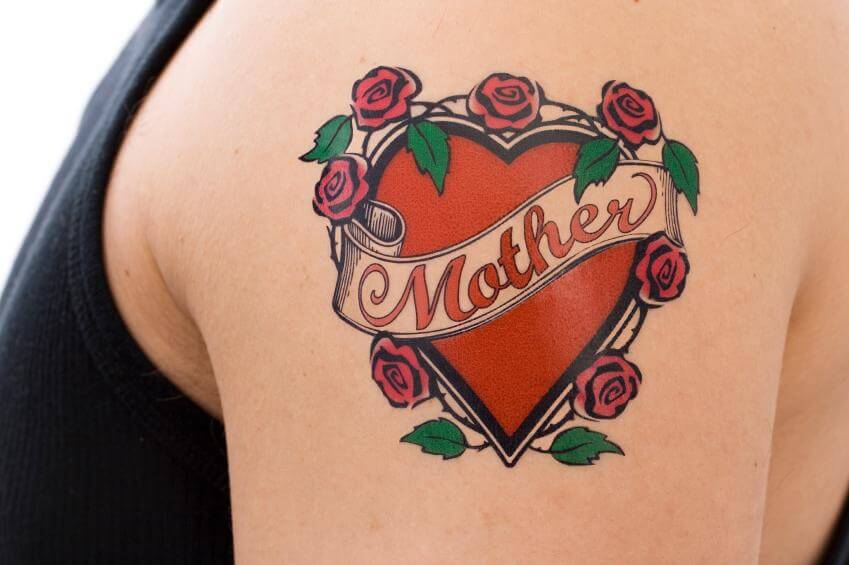 Let’s face it: if your mom is anything like mine, she’s an awesome and hard-working lady who put up with insane amounts of nonsense from you while you were going from being an infant who regularly and consistently pooped himself to a teenager who did the random and obnoxious things teenagers tend to do on a regular basis. Heck, you might be old enough to have once been one of those smug, self-righteous twenty-somethings who like to tell mom why everything she ever did or ever believed is wrong.

The point is this: if you have a good relationship with your mother, she’s the one woman who deserves her name on your body. She’s probably also the only woman who will ever love you unconditionally. If that’s not enough to make you want to start drinking right now, I don’t know what is. Speaking of drinking, don’t drink and get a tattoo. It is actually illegal in many places for tattoo artists to give a tattoo to an intoxicated person. 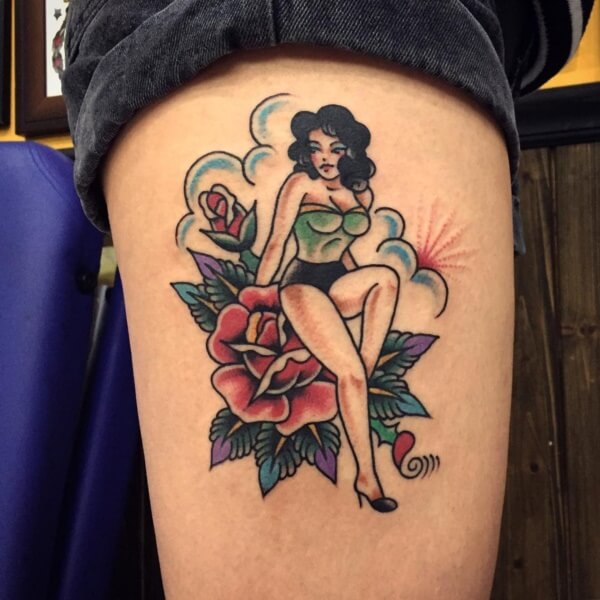 The pinup girl tattoo is exactly what it sounds like. It is a tattoo of a very attractive woman. Admittedly, such a tattoo might turn off prudish women, but few men want one of those.

The pinup girl tattoo, it has been claimed, dates back to the World War II era; lately, it has once again become popular. Why was it popular during World War II? Well, American soldiers didn’t have much to do when not killing Nazis; remember that neither the internet, nor smart phones, existed yet. You had to look at something, and a pretty girl tattooed on the bicep of your fellow soldier was better than nothing.

We have all heard stories about the man or woman who tries to get a word like “peace” or “harmony” tattooed on the wrist, but instead ends up with the Japanese word for “used underwear”.

Nonetheless, American men and women of all ages flock to tattoo parlors in droves to get characters completely and totally unrelated to the culture in which they grew up tattooed forever on their bodies.

To be fair to those who get such tattoos, they do have a certain appeal to the opposite sex. Those with them come across as exotic, worldly, and mysterious. And if the tattoo artist doesn’t totally drop the ball—meaning he or she actually tattoos precisely what the customer wants to convey—characters meaning “strength” or “faith” or “love” can really be quite nice. You know, assuming the object of your affection can read the language in which it is written.
For reasons unknown, tattoos of Japanese/Chinese letters/words are often quite small and found on the wrist or the back. 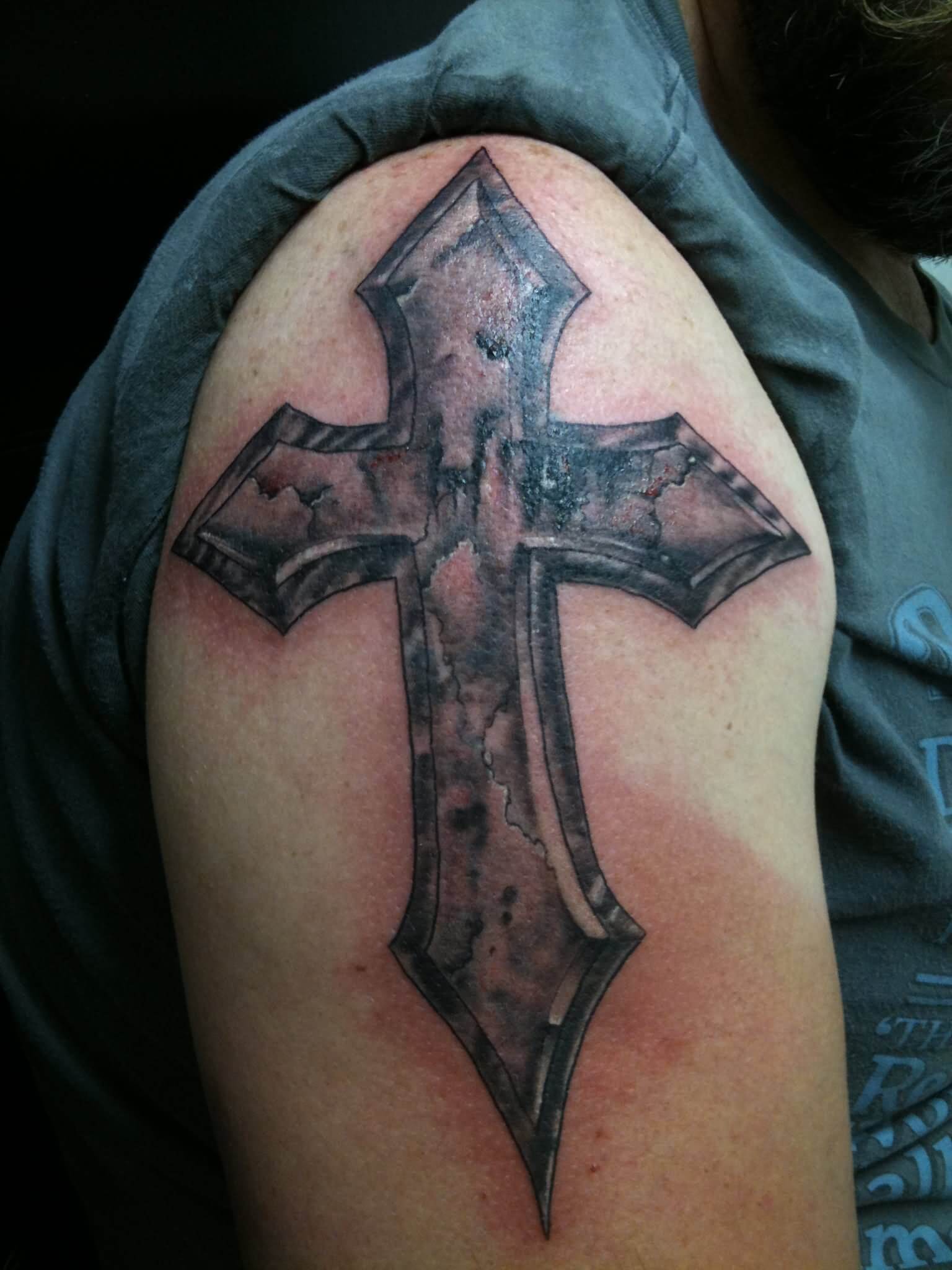 The cross may be one of the more popular tattoos out there, which makes sense. Christianity—despite having approximately 46,000 different sects—could be considered the most influential religion on the planet and the basis for Western civilization. At the very least, it is the reason mall parking lots are super crowded for an entire month as well as why everybody knows that angels get their wings whenever bells ring.

Jesus, the central figure of Christianity, died on a cross in a rather brutal fashion. These days, that very cross upon which he perished is often tattooed on bodies in addition to being used to repel vampires in horror movies.
So why the cross tattoo? It is a good way of expressing your Christian faith while also expressing—as tattoos tend to do—your rebellious side. Furthermore, unless Christianity goes away in the next 100 years—which is not at all likely—it’ll definitely remain relevant for the duration of your lifetime.

Crosses can also be tattooed in a variety of ways. They can be simple and small or large and intricate. In that sense, they are a very good way of expressing yourself via a traditional, well-known symbol. 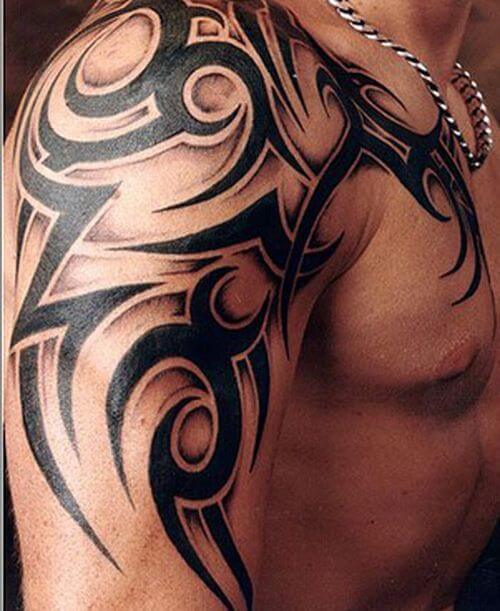 Tribal tattoos are difficult to explain, but also very easy to recognize. They are typically black with curves that almost end in points. Typically tattooed on the arm like an armband, the complex patterns convey masculinity and intimidation. They are common in Polynesia, and they are indicative of one’s rank in that society. They let other men know that you are a force that should not be confronted or messed with.

You might need be immediately familiar with the nautical star, which typically has five points. It is commonly seen on the sort of maps or charts used by sailors. Back in the day, it used to represent Polaris, also known as the North Star. So why is it a good tattoo for men? For one, it represents guidance and protection. What greater purpose could a man serve than guiding and protecting his spouse, children, and love ones? What the symbol represents perfectly explains why military types – in particular, the marines – often choose to have the nautical star tattooed on their body.

Centuries ago, sailors relied on the skies above—and the nautical star—to safely travel to the places they intended to visit. They also believed that the nautical star was a good luck charm, of sorts, and would eventually safely lead them after their voyage.

While the nautical star typically has five points, there is a variation of the design with six point that resembles and represents the Star of David. Said variation is understandably popular with sailors and military men who practice Judaism.

The nautical star tattoo is also commonly used by lesbians and gay men; to those communities, it represents their sexual preference.

The Nautical Star can also have eight points; in such a case, it represents the San Juan Cross. In general, the design of the Nautical Star—which is also popular with fans of punk music as well as heavy metal music—can be unique, which makes it popular with a wide variety of people.

In summation, there are many tattoos that men looking to ink themselves should consider. The tattoos look great and can convey something important about the bearer of the tattoo; however, it is important to remember that getting a tattoo can be and often is a life-long commitment, and therefore one should not get a tattoo without a great deal of though and introspection.