Every morning, a woman named Smokie knocked on Los Angeles resident Elvis Summers’ door and asked if he had any recyclables for her to deposit. The two struck up a friendship, and Summers learned that Smokie was 60 years old, homeless, and sleeping in the dirt with no shelter to protect her.

Inspired by a man who builds houses for the homeless out of recycled materials, Summers decided to do something special for Smokie. He saved up some cash, bought some building supplies, and got to work.

Using some lumber and plywood, Summers created a small shelter. 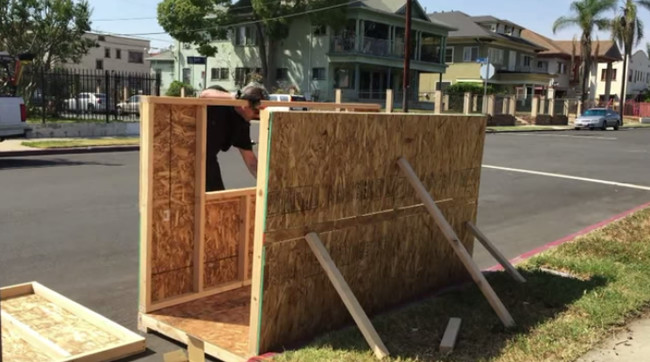 The house came together in just five days. 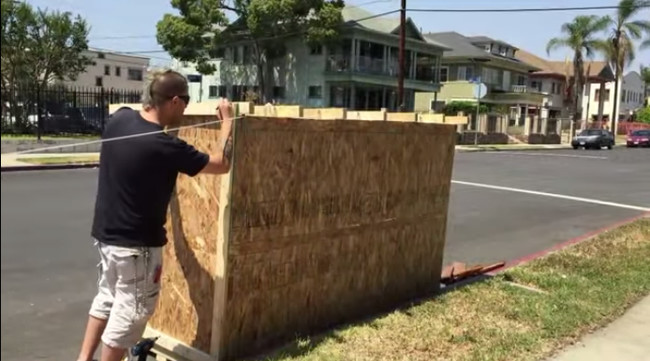 Summers included a window with a shutter and a door with locks. The entire structure cost about $500. The shingles and siding were donated. 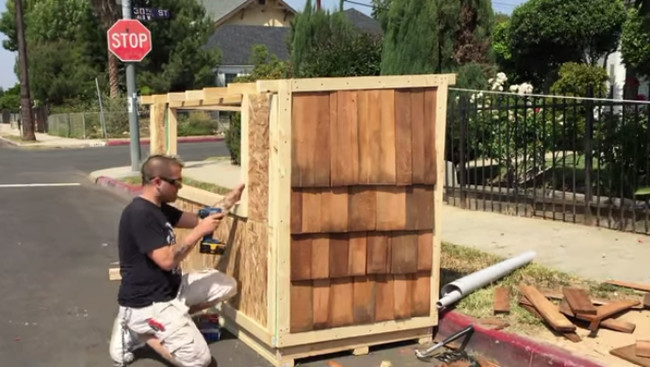 When it was complete, Summers handed the keys over to Smokie, along with a sign reading “Home Sweet Home.” 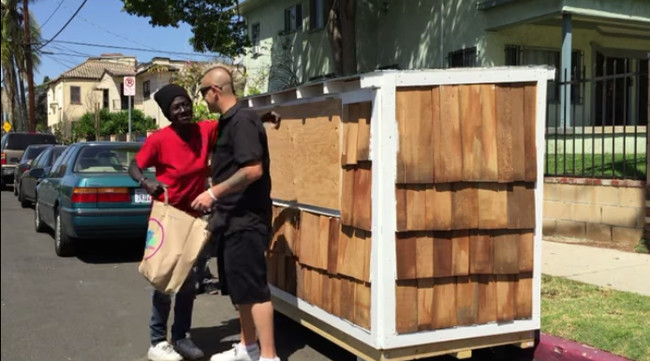 Summers built the house on the curb just outside his apartment. When the LAPD learned about the project and why it was being created, they fully supported it, so long as Smokie agrees to move the shelter to a new location every 72 hours. The house is set up on wheels for easy transport.

Check out the building process of Smokie’s house, and watch her move in. 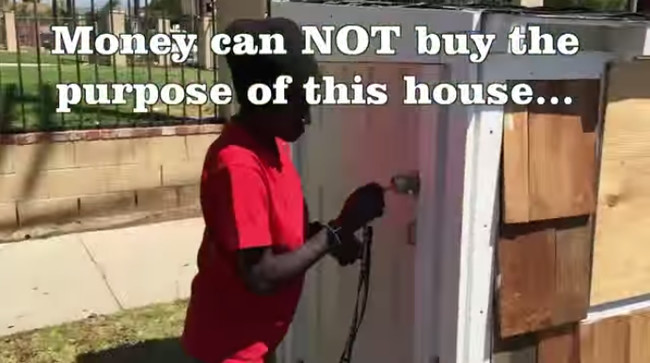 Though he has a full-time job, Summers wants to expand this project and create more shelters for homeless people. He’s also looking into creating more permanent programs to provide shelter for the city’s needy. “I’d like to offer purpose to these people in need and hire them to build the houses with me. I’ve even set an appointment with LA’s Mayor Eric Garcetti to try and get his help,” he says. “The city owns or controls many properties which are just sitting collecting dust and could be used, even temporarily, to help save lives.”

Currently, Summers has set up a GoFundMe campaign to raise money for his new organization, My Tiny House Project LA, so be sure to check out the donation page and learn more about the initiative.