One night between Christmas and New Year’s back in 1999, four women returning from a party (in high spirits and silly moods, no doubt) decided to leave a little “present” for drivers on the side of the road. That was, at least, the hypothesis put forth when four bras were found fluttering in the breeze in Central Otago, New Zealand, tied to a fence along the road.

Soon after, women started adding to the collection, tying bras to the fence that separates the road from pasture land. The fence was eventually festooned with tons of brightly colored bras, their foam cups catching the wind. It became known as the Cardrona Bra Fence, and within a few years, thousands of bras — left by people from all over the world — could be seen adorning the landscape.

It became something of a tourist attraction. 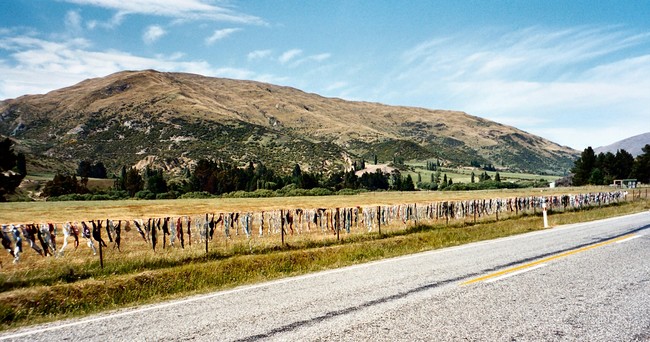 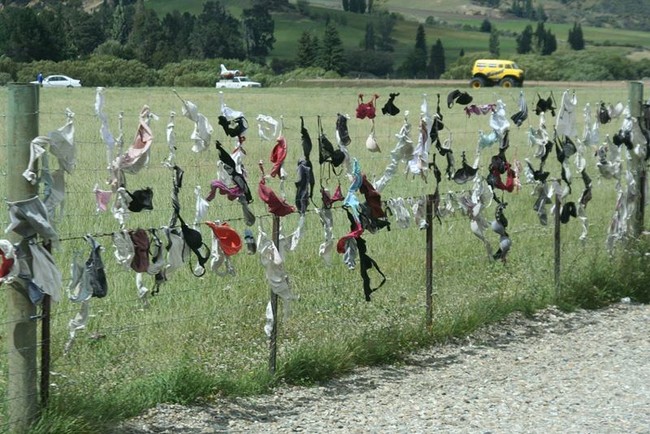 Not everyone was thrilled about the addition, though. Bras have been removed in bulk several times, but it usually only resulted in even more bras being added in their place. 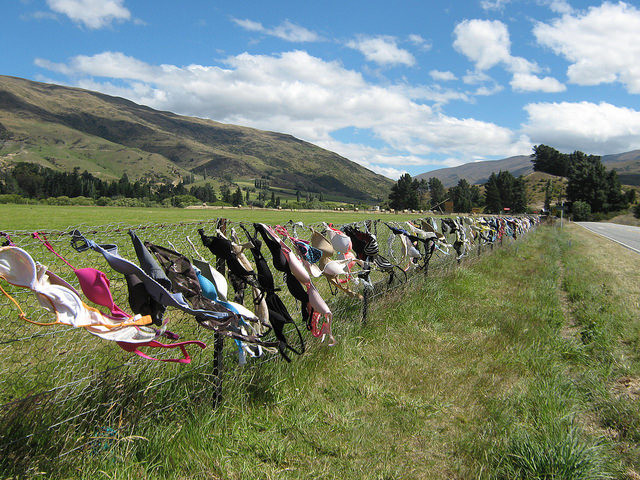 Local authorities say that the flapping bras are an eyesore in the context of New Zealand’s rolling countryside, and that they pose a potential hazard for distracted motorists. Some locals find the whole thing embarrassing.

However, other residents think the bra fence gives their area a unique flair. They also say that the bras attract thousands of tourists, many of whom then stop in town and support local businesses. Bra removals happen regularly, but they’re usually replaced quickly.

We have no information as to what the sheep think of all this. 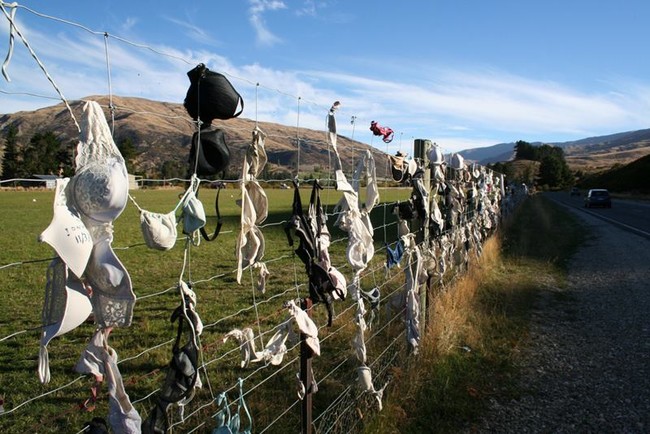 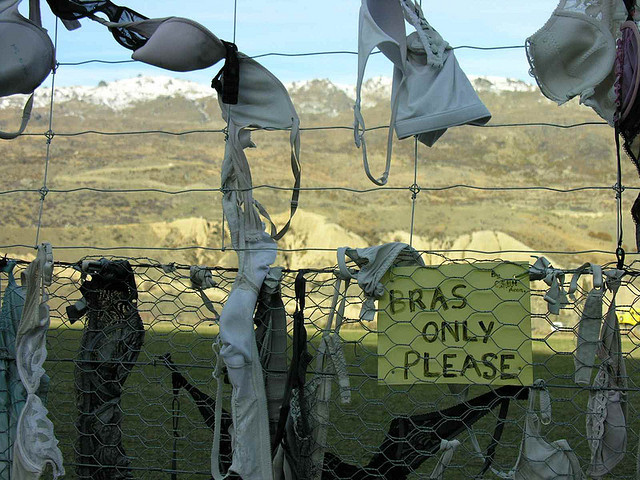 In 2006, proponents of the bra fence attempted to use it to create the world’s longest bra chain. The bra chain fell short, but organizers raised more than $10,000 for charity.

Today, the bra fence has relocated. Its current abode sits alongside the driveway to the Cardrona, which is a quad, bike, and horseback riding area. This was done because of repeated bra removals, which started annoying more and more residents, especially when charitable funds were at stake.

The fence has since been dubbed “Bradrona,” and includes a sign and a collection box, the proceeds of which go to the New Zealand Breast Cancer Foundation.