Stephanie Leigh Rose is an artist who has had enough when it comes to tourist selfies. She decided to take a new stance on travel photography by pretending to die in front of famous landmarks instead of taking regular pictures, eventually turning the whole thing into a hilarious project called “STEFDIES”.

“The entire point of STEFDIES, is that the viewer is allowed to participate in the image-, whether that is by imagining the circumstances of the surrounding image, or in recreating the STEFDIES pose in their own photos,” the artist described her project in an interview with Bored Panda. “My long hair (and swimsuit in selected photos) would allude to the fact I am a female, but outside of a viewer coming to one of my gallery shows and meeting me personally, I prefer to keep STEFDIES neutral and free of age, nationality, politic, socioeconomic status. STEFDIES is a character of its own, and I invite people to connect with that, and interpret the scenes as they wish. Part of the joy and humor of STEFDIES, is no-one knows exactly what the hell is going on, and that’s pretty much a direct reflection of real life in general.” 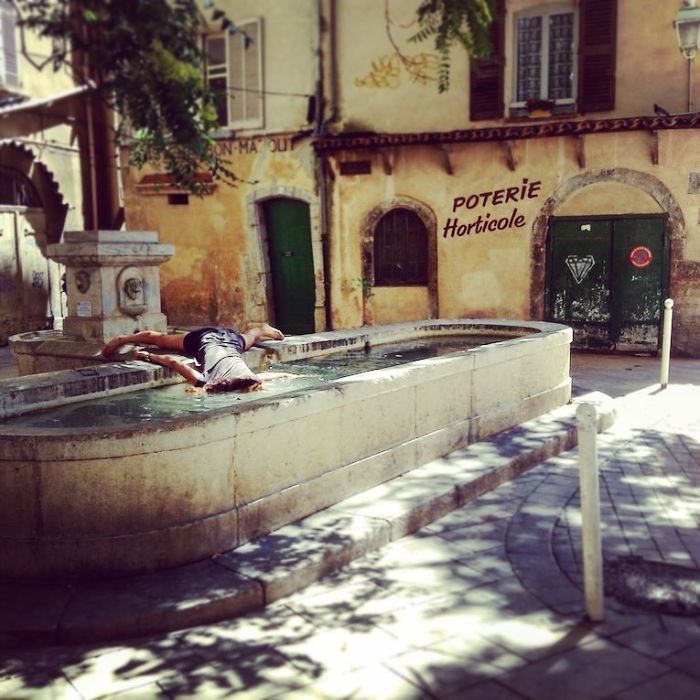 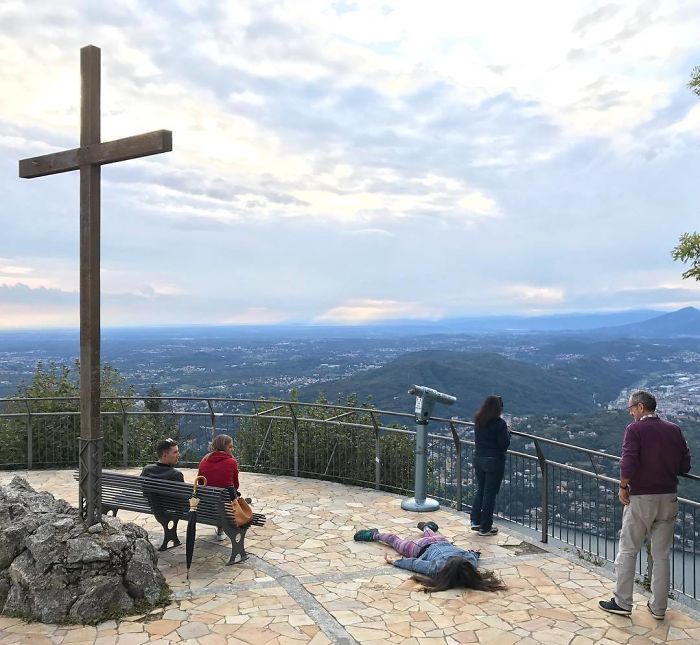 Stephanie says that all of her photos occur spontaneously in her daily life. She says her images are the opposite of selfies: “A selfie has controlled conditions, specific lighting, makeup/hair/wardrobe, an agenda, and is focused on the individual personality – it is a contrived and manipulated image distorted to achieve a desired result. STEFDIES is the polar opposite – I get one chance to get the shot, if it doesn’t happen, c’est la vie. We have one life to live, and we don’t get re-do’s- and I would like to think I try to capture that feeling, that fleeting sense of life and its impermanence, in my photos.” 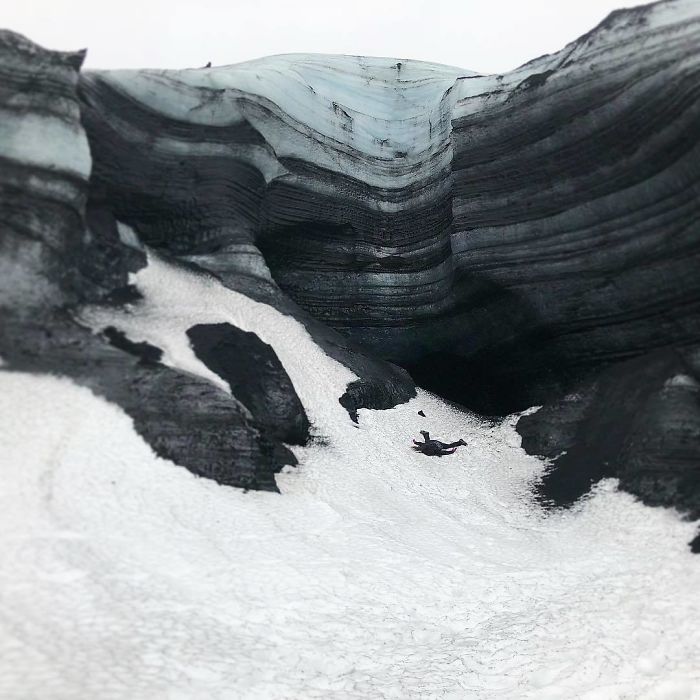 The artist says there was an organic evolution to the STEFDIES series – the early photos were just humorous snapshots of her life but after receiving an incredible response from both friends and strangers, Stephanie realized she wanted to “continue putting something positive into the world, while at the same time using art to synthesize my feelings and thoughts regarding our impermanence on this earth.” The artist says that the official slogan of the project is ‘leave a mark’ and she likes to think she’s doing just that. 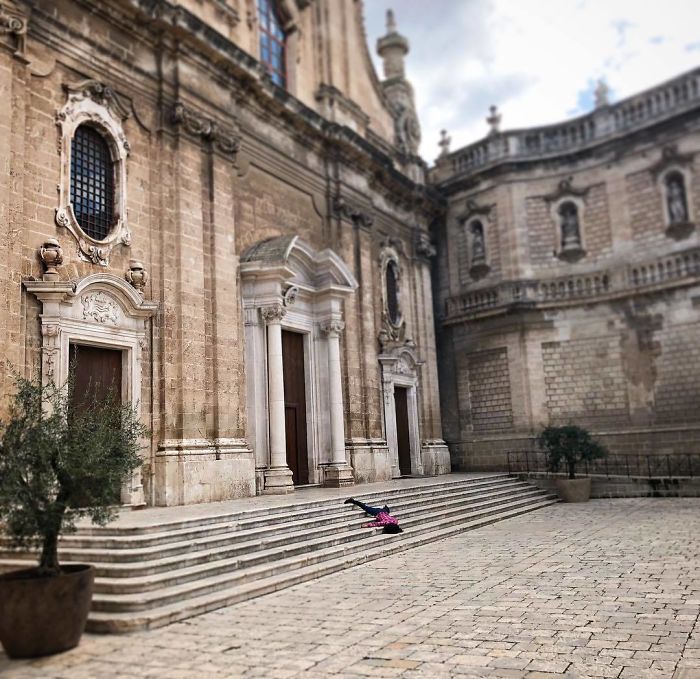 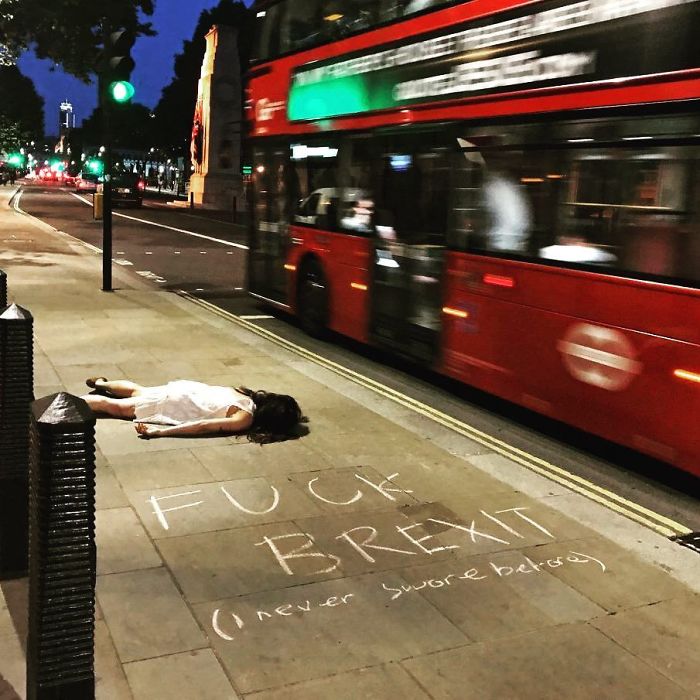 “For me as an artist and individual, I push myself to take these photos (in the most uncomfortable of situations) as it allows me to participate in capturing a moment in time physically as well as mentally and emotionally. I have to totally commit to being ‘in the moment’ to get that one shot,” says Stephanie. “I have to take myself out of my one head and get into the moment. Believe me, it’s really hard not to be present when you are face down eating dirt, and could be tempted at any time.” 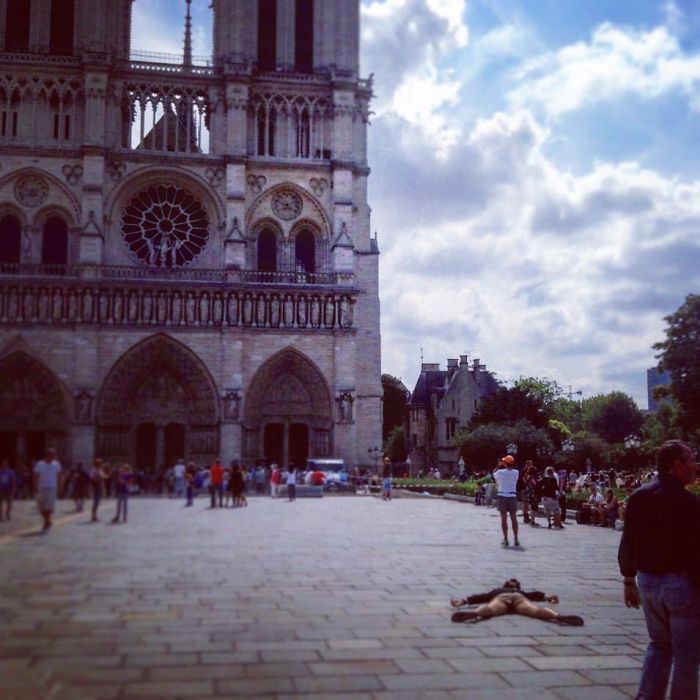 Stefdies Near The Golden Gate Bridge 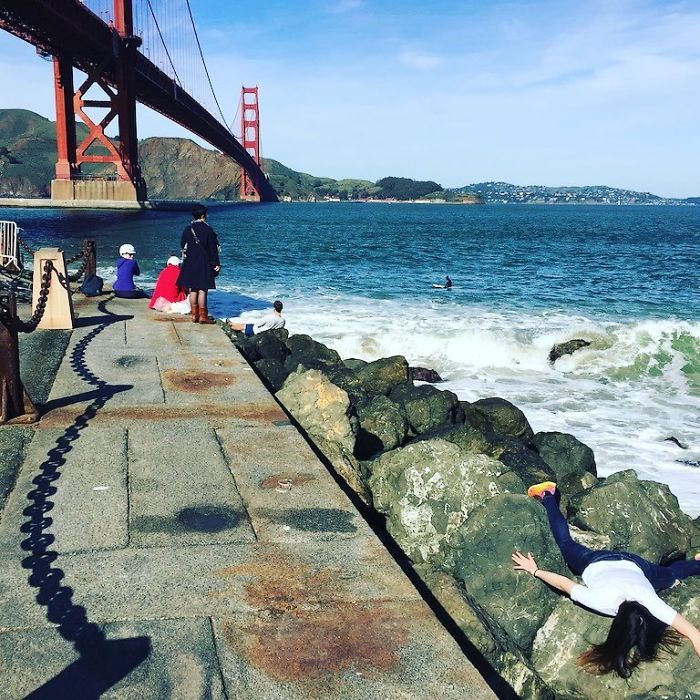 The artist wants to keep producing images that stir the imagination and produce joy for the viewer, and encourages everyone to participate: “STEFDIES welcomes everyone to participate, and doesn’t care about status or perfection. I hope that STEFDIES promotes the idea of ‘everyone is perfect exactly how they are, and not a damn thing has to be changed.’”

Stefdies With Friends At Her Art Exhibit 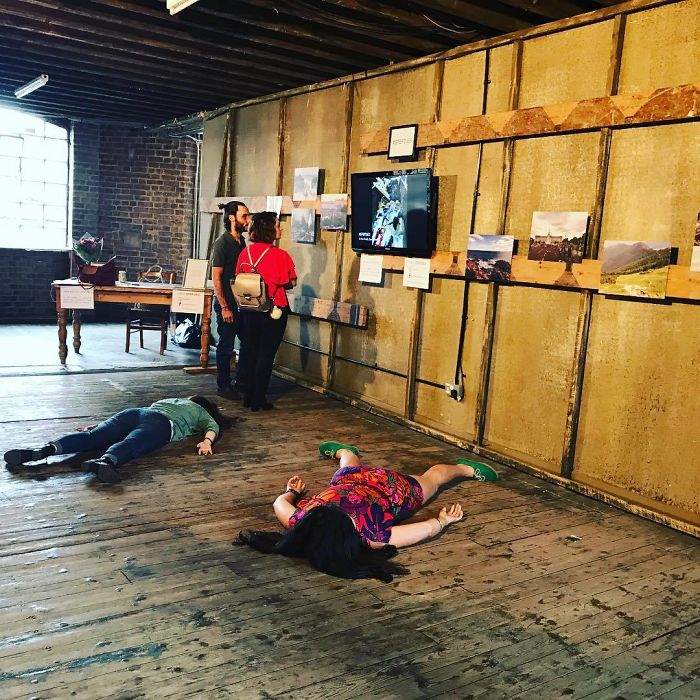 Stephanie took the first ‘dead’ picture about eight years ago and took over a thousand pictures since then, out of which only a few make it to social media. “One of my original intentions was to have a series of coffee table books that chronicle the STEFDIES series, so many images have not been released as they are being reserved for the book series,” says the artist. 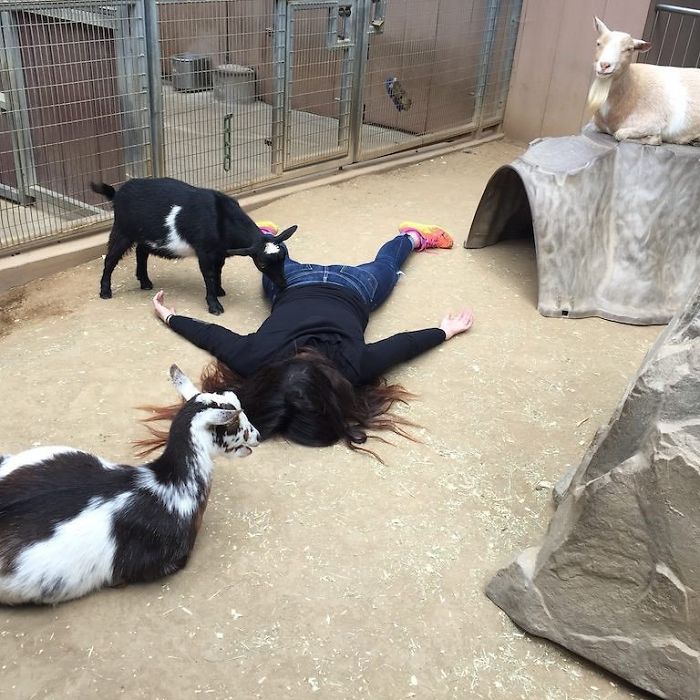 Stefdies Wishing You A Merry Christmas! 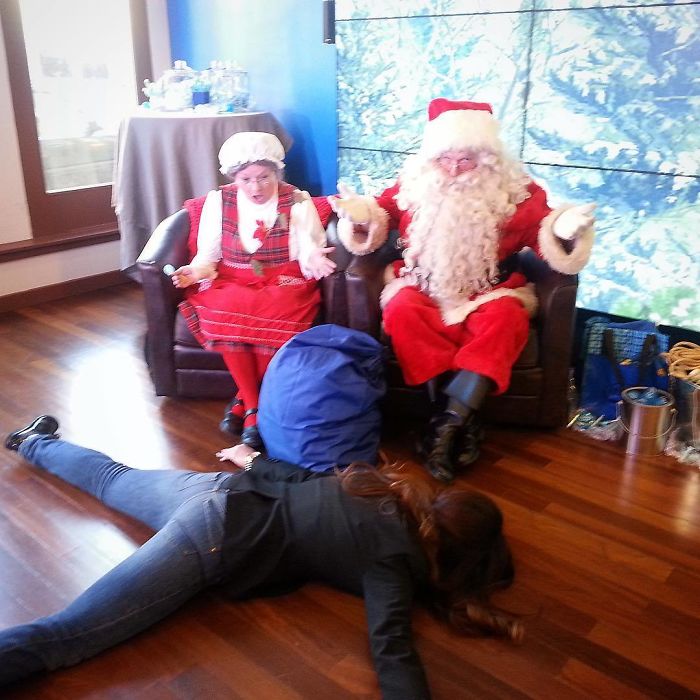 The artist says that peoples’ reactions to her taking the photos depends on the city and culture she takes them in. “In Paris, for example, no one even noticed as they just assumed I was a crazy artist. Which I really liked, as it allowed me to run around the city and get these amazing shots,” says Stephanie. Throughout the years, only about five people ever come to ask if she’s okay. 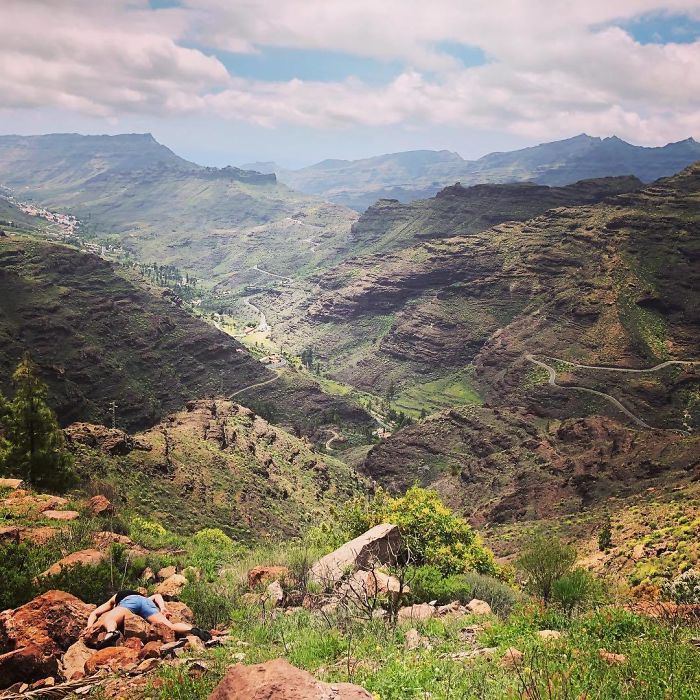 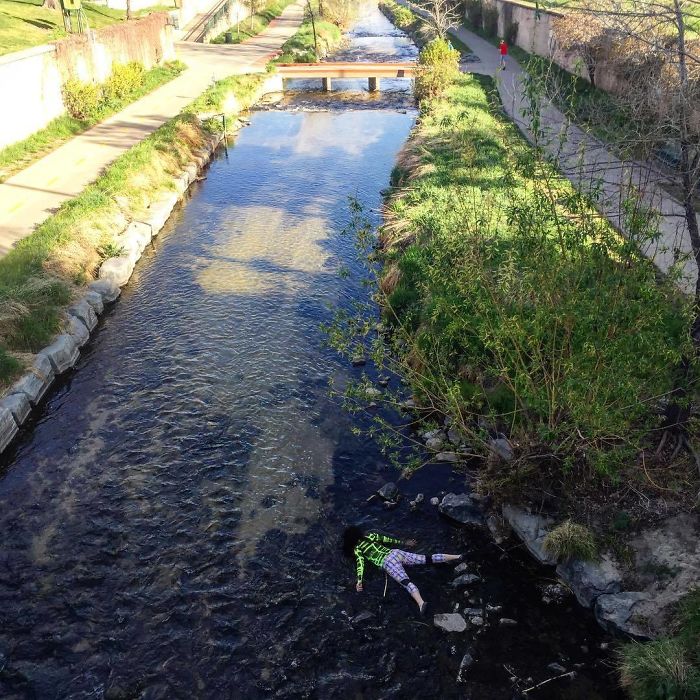 “STEFDIES has quite the following – as it should – they are super fun to do and always get a good laugh! We have a few hashtags people use – #stefdieswithme #stefdiesfan, etc,” says the artist. “Many people will send me their interpretations of the STEFDIES pose, which I love!” 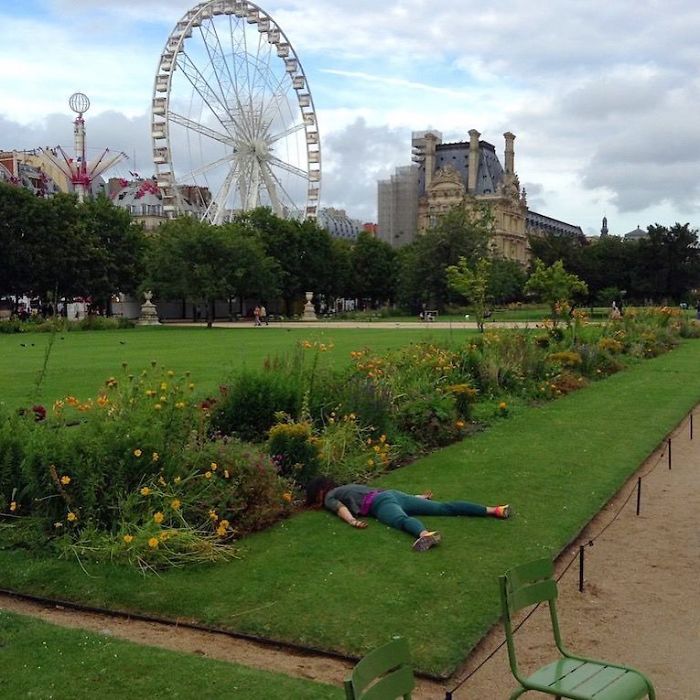 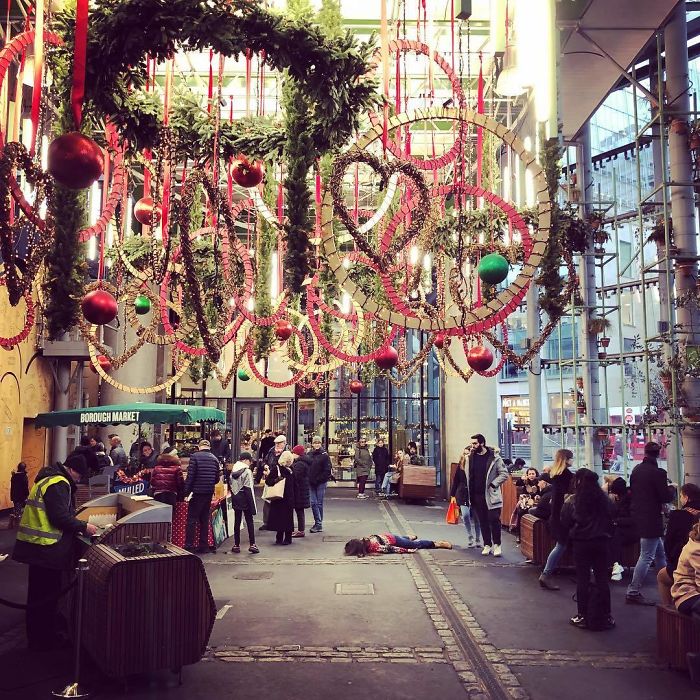 Stephanie encourages people to have fun and commit to the process. “Don’t be afraid to look silly, and remember to be safe,” says the artist. “Just be yourself and that is good enough, and at the end of the day, incredibly interesting.”

Check out more of her photos in the gallery below!

Stefdies On The Side Of The Road 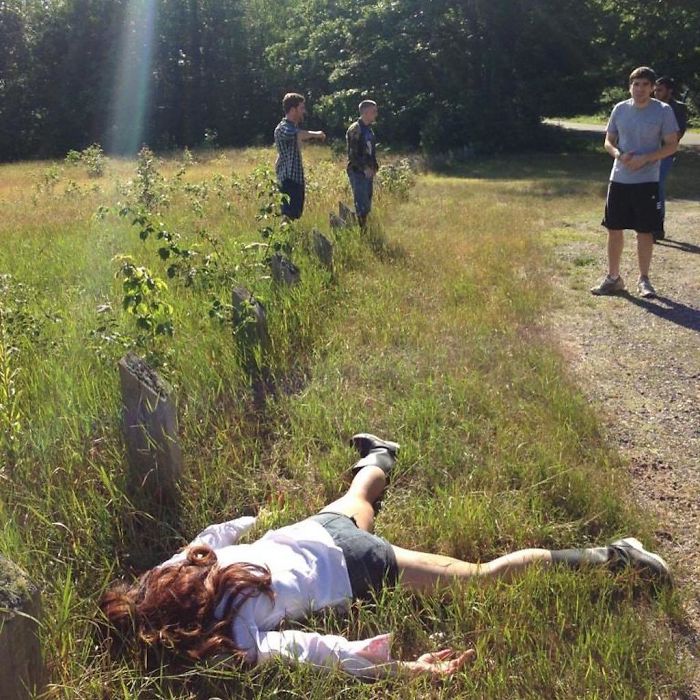 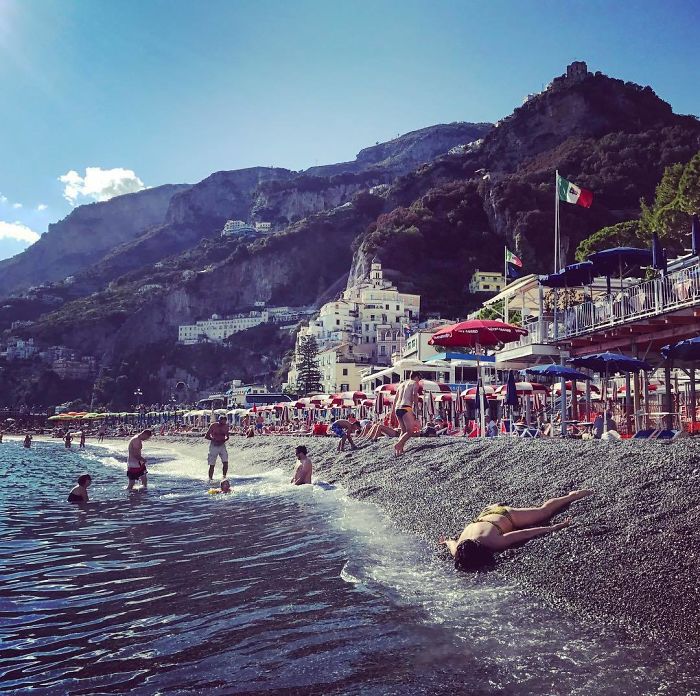 Stefdies On The Clown’s Turf In Rome 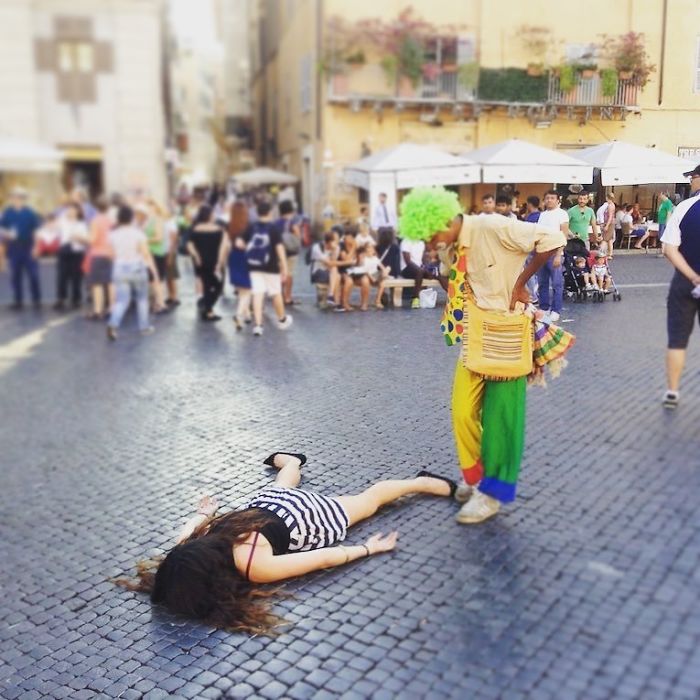 Stefdies Under The Big Cat In Arles 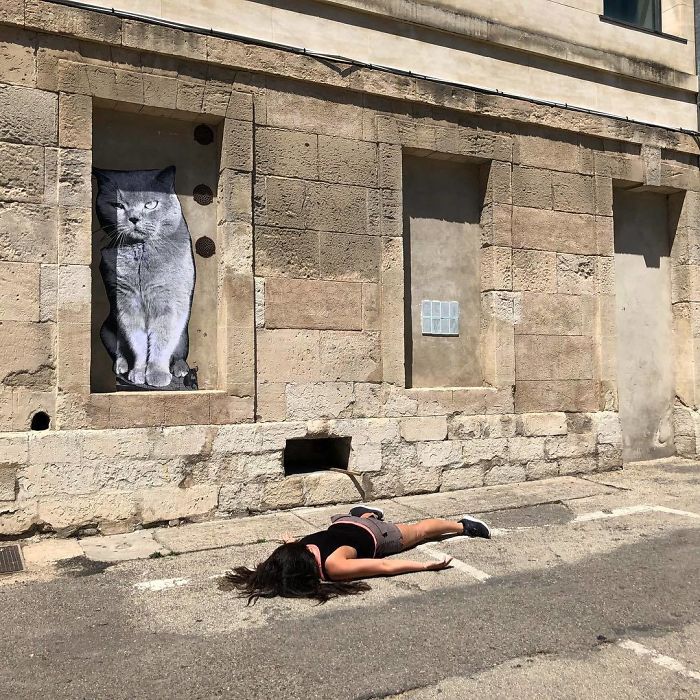 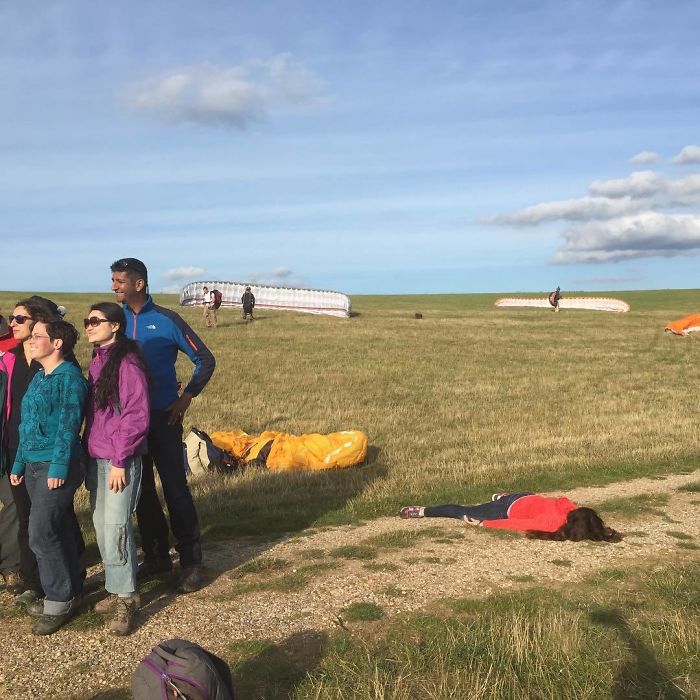 Stefdies On Cliffs In Sardinia 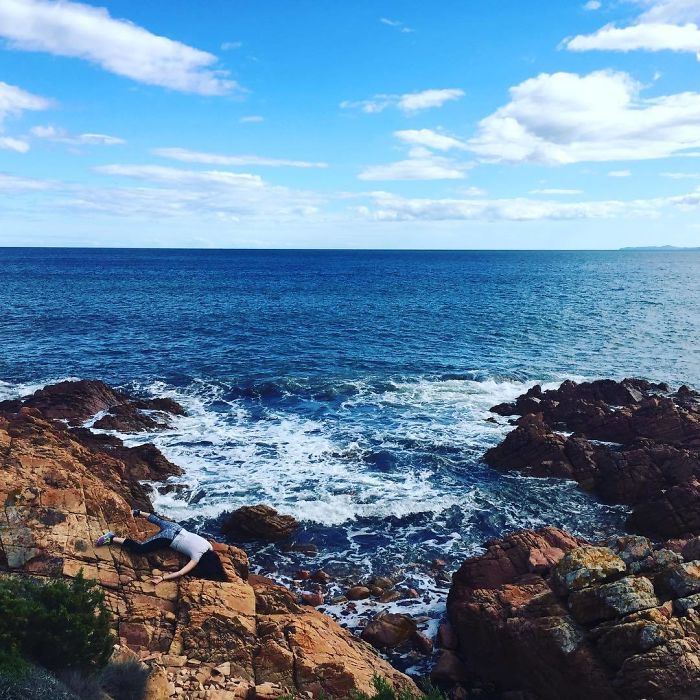 Stefdies While Pushing Her Friend In A Wheelchair 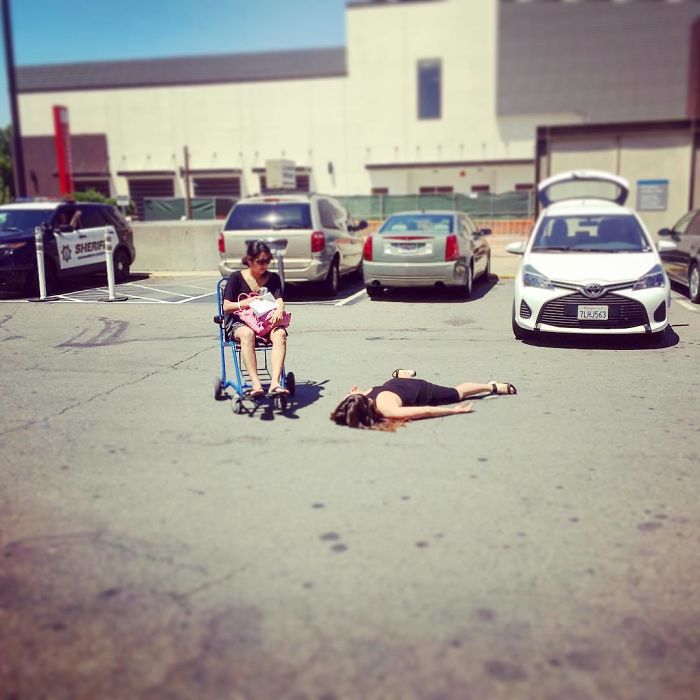 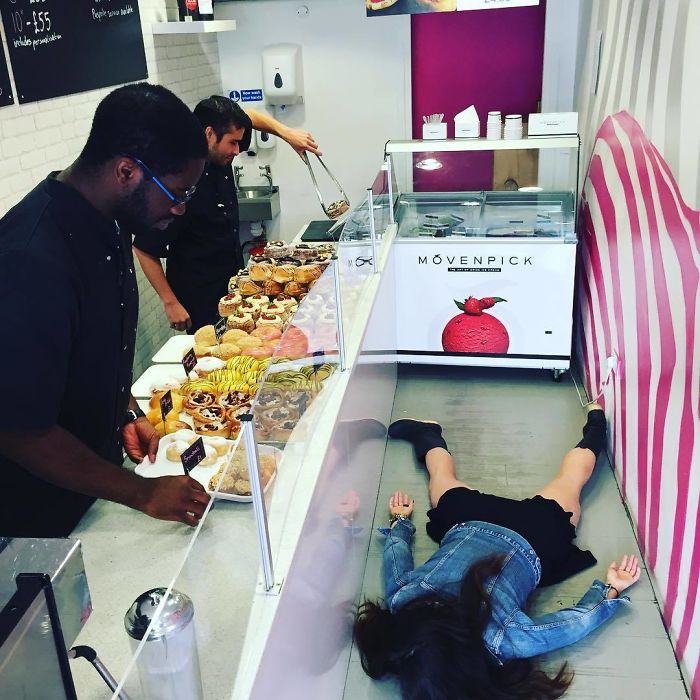 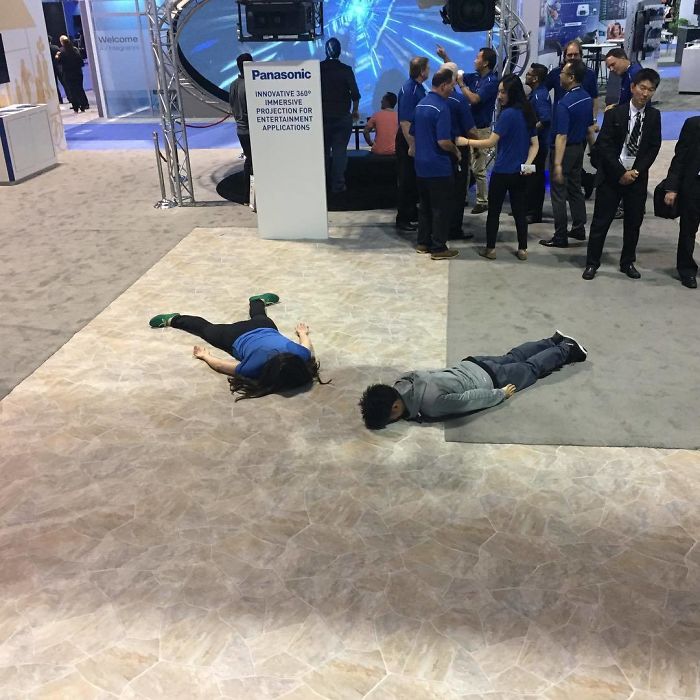 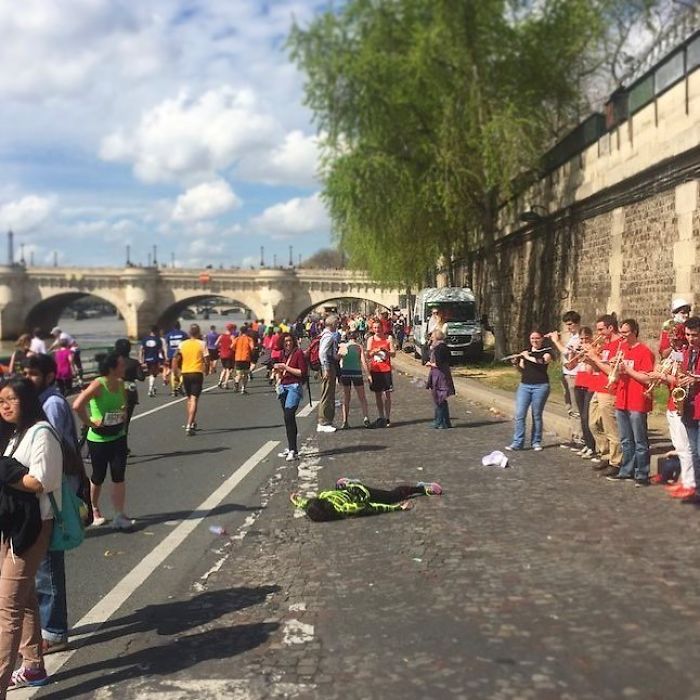 Stefdies In Front Of Cinderella 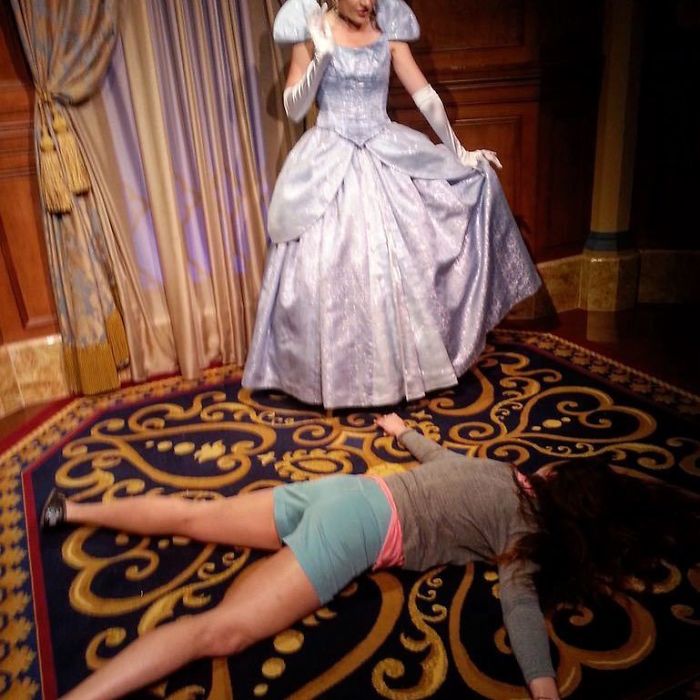 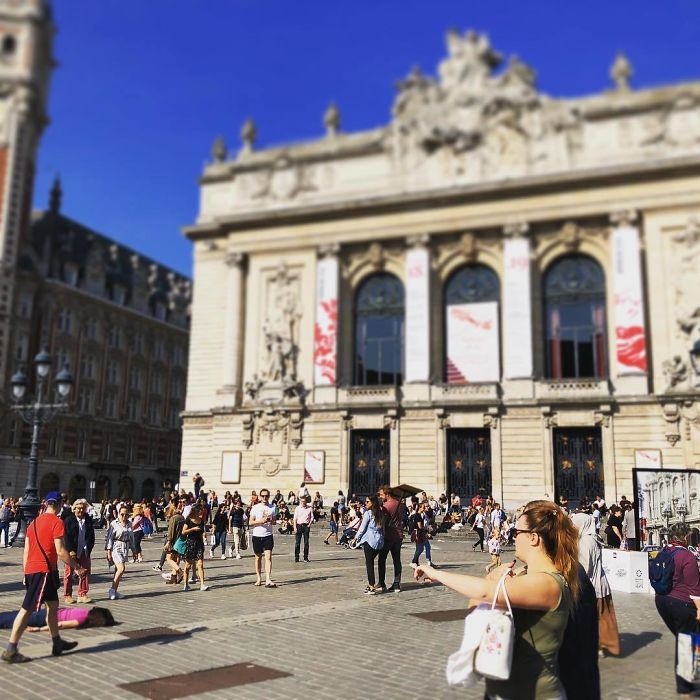 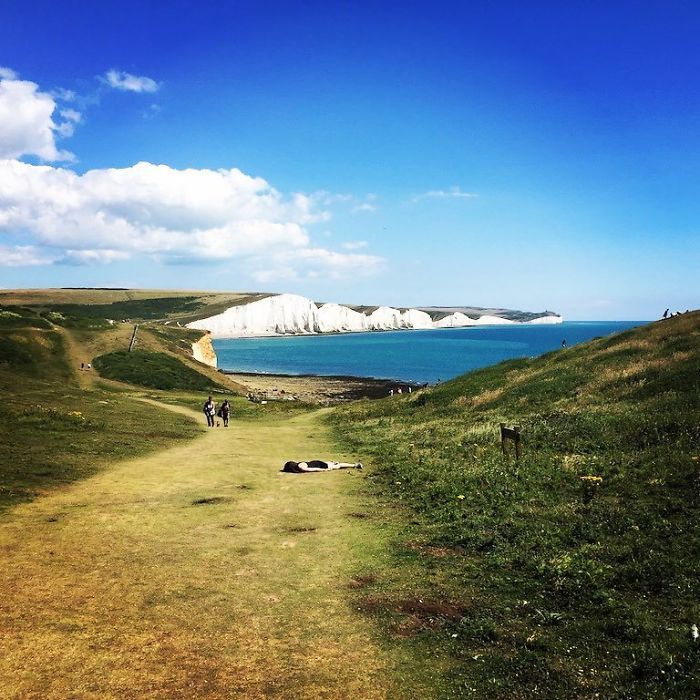 Stefdies With Popeye And Poses 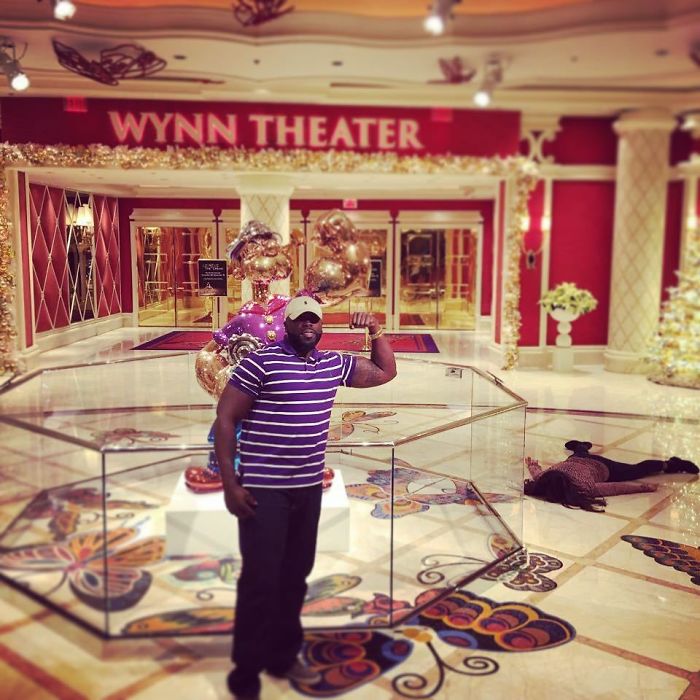