A day out at the amusement park is one of my favorite things! I know I’m not alone, because anytime I go to a park, it is absolutely packed!

Some people just like to walk around and check out the food. Some people like to play the games or see the shows. Others are into the smaller rides or just watching their kids have fun.

Thankfully, I’ve always had great experiences at the parks I have visited, but there are some who aren’t so lucky.

Unfortunately, accidents happen and people are killed on rides like this quite often. They say there is only a 1 in 300 million chance of a roller coaster accident killing you. Sometimes the reason is mechanical, sometimes it’s the computer that runs it all that malfunctions, and sometimes the person running the ride makes a fatal error.

Accidents and fatalities have happened all over the world. Let’s take a look at some of the worst examples of roller coaster tragedies from around the globe. 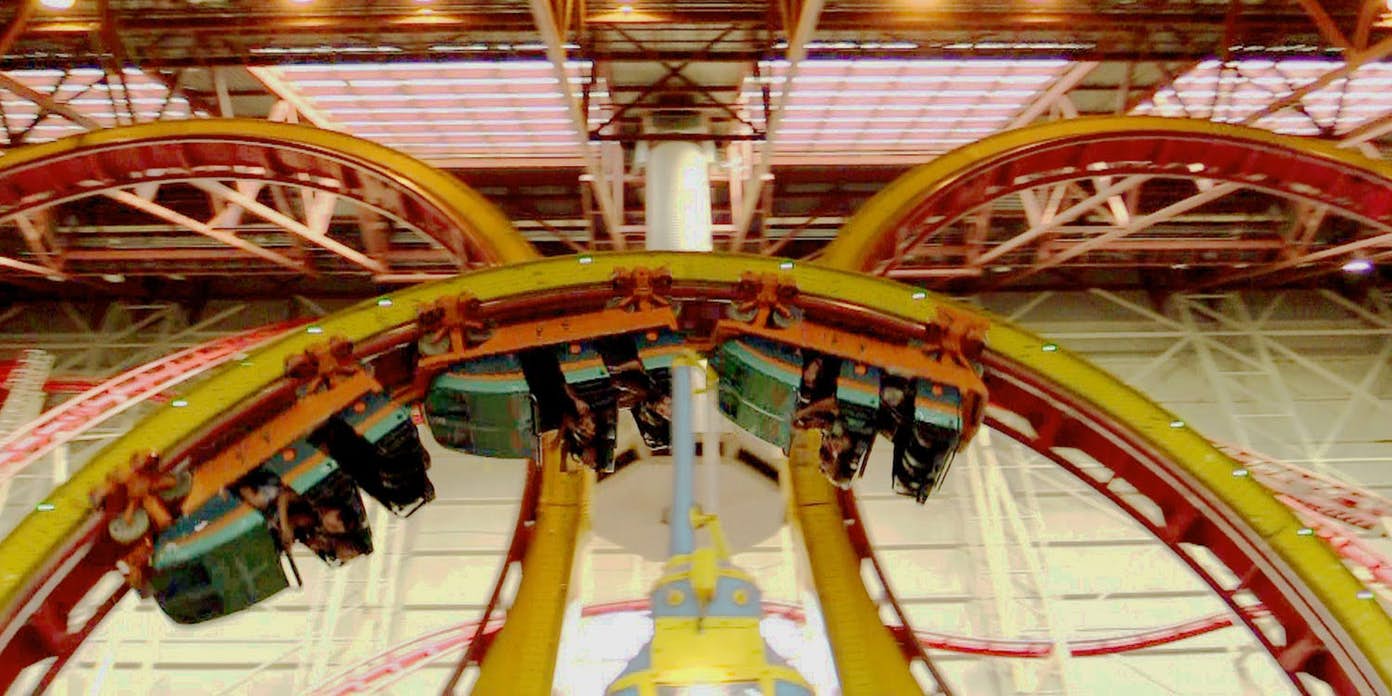 In Edmonton, Alberta, Canada there is an indoor attraction called Galaxyland Amusememt Park. It’s an indoor park located in West Edmonton Mall. How much fun is that? Shopping and rides!

The Mindbender was deemed the safest roller coaster at one point, despite the triple loop.

The tragedy happened in 1986. Just before the third loop, car number 4 derailed and caused the train to go backwards, missing the loop. It began flailing sideways, uncontrolled, finally crashing into a cement pillar. Four of the riders were thrown out when their lap bars failed, and they fell 25 feet down. Three of them were killed from the accident, and the fourth had serious injuries, but did not die.

A design problem was determined to be the cause of the accident. The bolts on the left side wheel had come loose.

This catastrophe prompted some changes, including an anti rollback mechanism and seatbelts and headrests being added. They also reduced the number of people who could ride at one time. 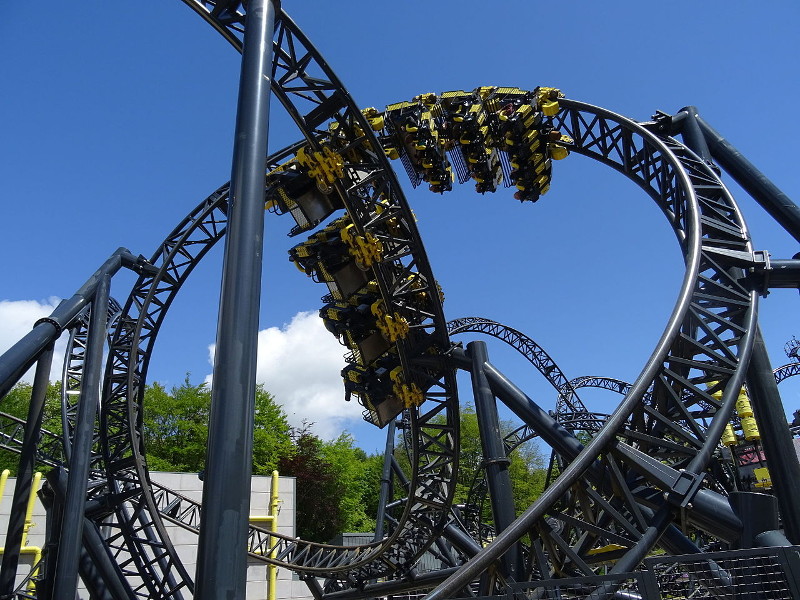 The next horrible story comes to us from Staffordshire, England. Alton Towers is an amusement park featuring the Smiler, which holds the world record for the most inversions on one coaster. It has 14!

The problems started right from the beginning in 2013, when it malfunctioned during an event which delayed the opening by some months.

The biggest problem to date happened in 2015. The ride’s computers warned the operator of an issue, which he chose to override and started the ride anyway. This resulted in 16 people in a full car crashing into an empty car. Five were seriously injured, including two teenaged girls losing a leg each.

The coaster has left people stranded as well. These incidents cause people to be uncomfortable for sure, but they have not caused injuries.

I’m not sure this ride is worth it. 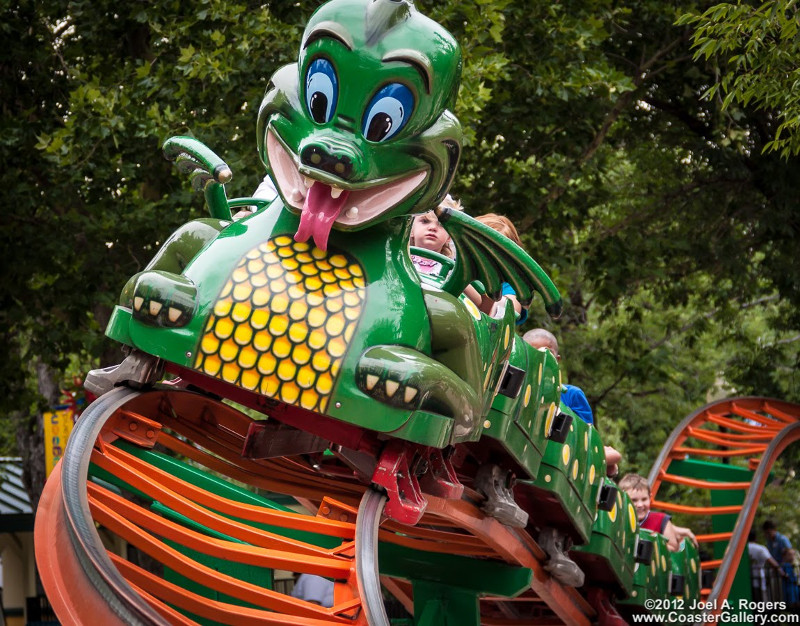 It might seem strange to know that a kiddie ride has made this list, but one has.

Lagoon is an amusement park located not far from Salt Lake City, Utah, in Farmington. A small roller coaster called Puff the Little Fire Dragon is where the next tragedy took place.

In 1989, Ryan Beckstead was just 6 years old. He got on the ride, but made a grave mistake when it came around the bend on its first go around. When it had gone around just one time, Little Ryan tried to climb out of his seat. He mistakenly thought the ride was over. Once it starting to move again, he was knocked out of the car and he ended up falling under the track.

Before he could get up, the ride came back around, striking him in the head, and he died right away.

His dad, Paul, was trying to reach his son when the unthinkable happened right before his eyes.

What a horrible story. 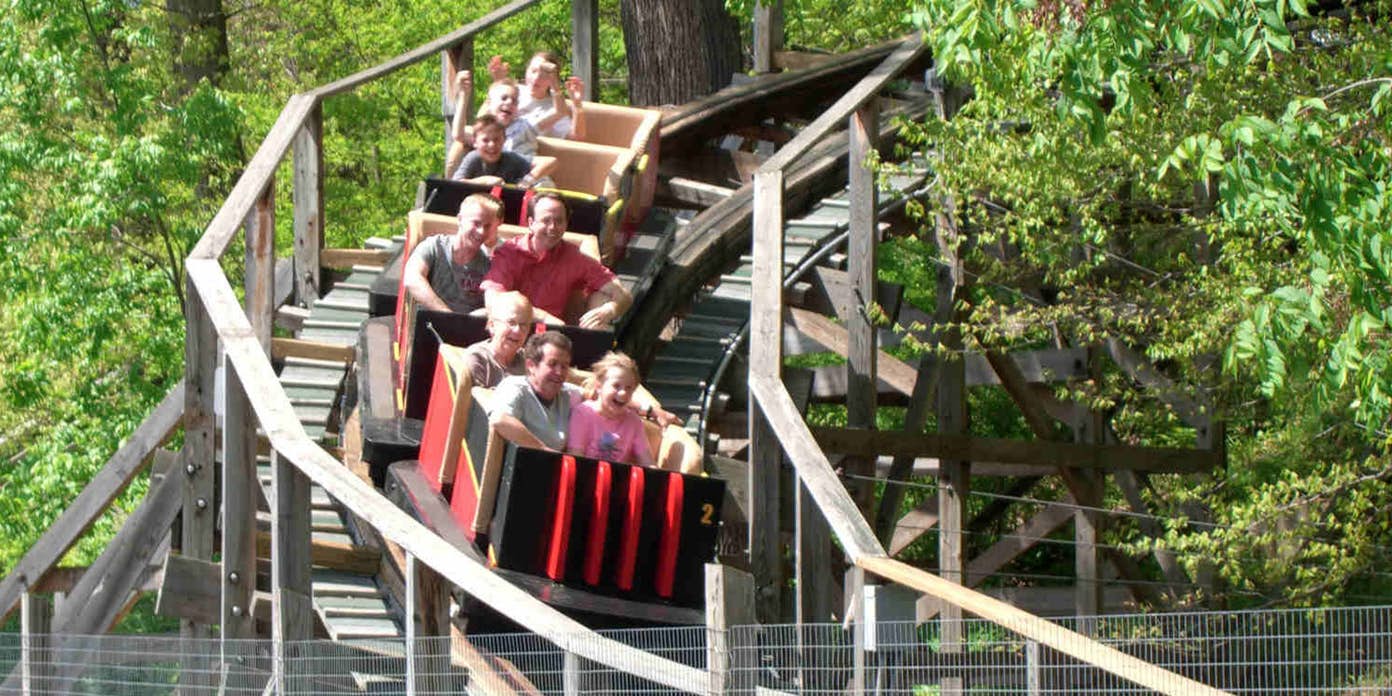 Another terrible incident involving a child happened at Idlewild and Soak Zone in Laurel Highlands, Pennsylvania.

The details aren’t 100% clear here, but what we do know is that a three year old toddler fell from the Rollo Coaster while riding with his brother in 2016.

The ride was almost halfway finished when he fell to the ground. He was quickly rushed to the hospital and was said to be alert after the fall.

His parents asked that nothing be shared about the boy or his status. The roller coaster has been closed to allow for a thorough investigation. 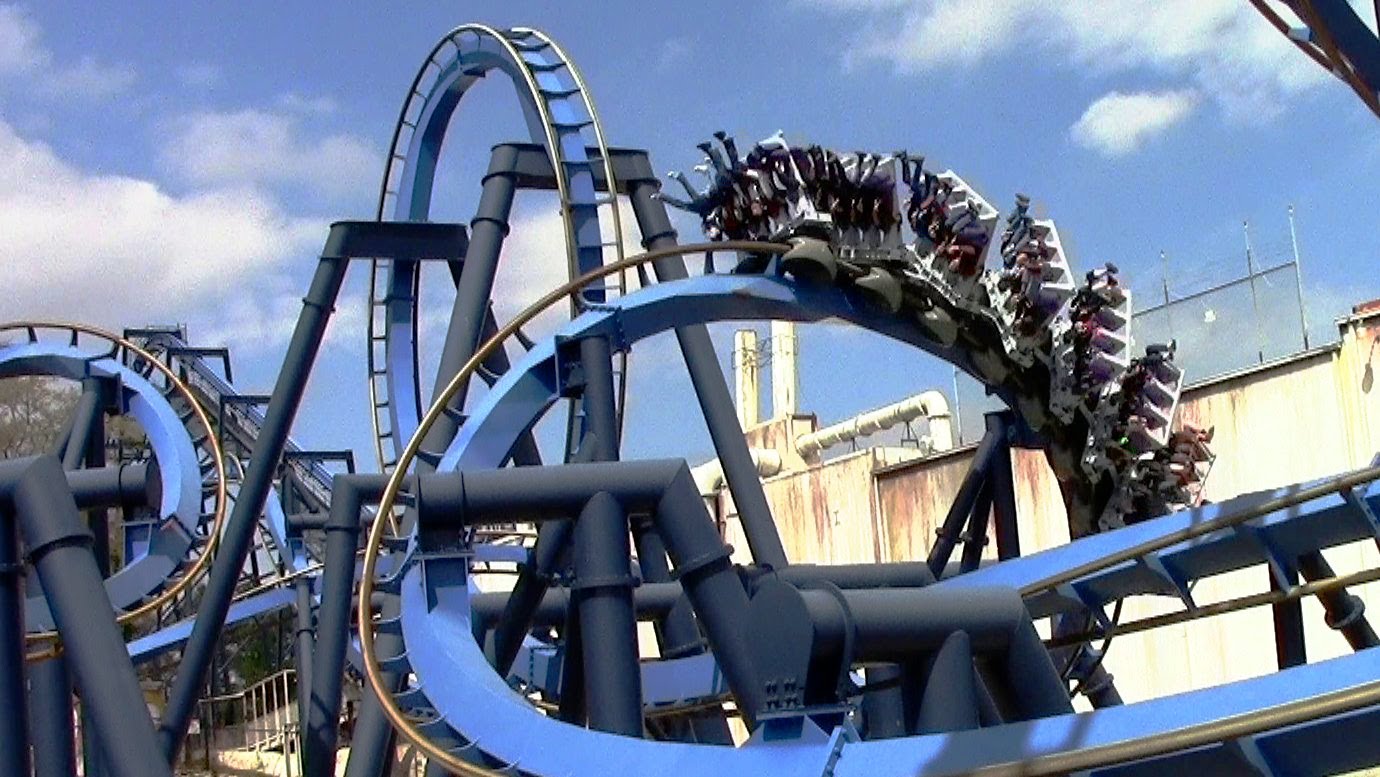 Six Flags over Georgia is a popular destination in the south, located just outside of Atlanta, Georgia.

There have been two deadly incidents involving the same ride. Batman The Ride is a popular attraction at this famous park, but unfortunately, it has had some tragedy surrounding it.

In 2002, a foreman at the park, a 58 year old man, was struck by legs hanging down as the ride was operating. He lost his life from the blow to the head all because he was in an area he wasn’t supposed to be in. The rider was treated for leg injuries and sent home.

The second time a life was lost due to this ride wasn’t actually because of the ride, either. Asia Leeshawn Ferguson, 17, climbed over two fences and was hit by the speeding train as it whizzed over the track. He was decapitated by the blow. The fences were in a restricted area, as well, and the teen was said to be going over to get his lost hat, or just taking a shortcut back into the park after eating outside the gates.

What a sad history this ride has had. 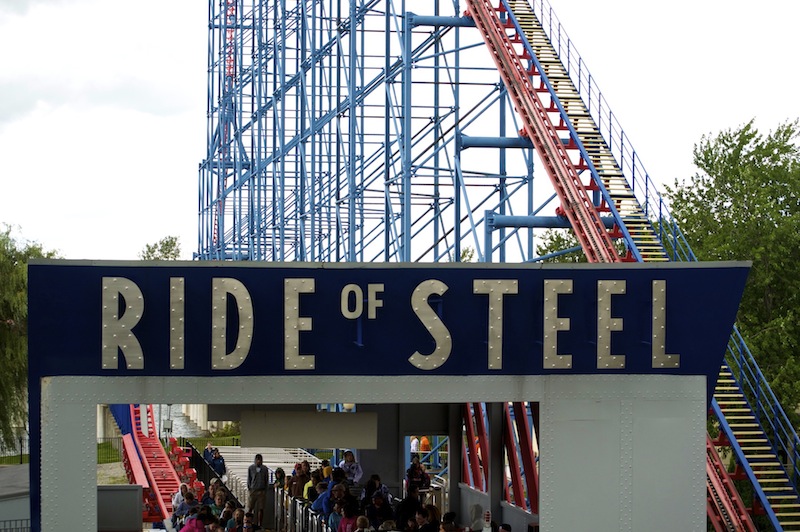 A different ride modeled after a superhero is the location of our next entry. Darien Lake is a theme park in Darien, New York. This is one of two identical coasters in existence, the other located in Maryland.

War veteran James Hackemer lost his legs while serving in Iraq. When he came home, he took his family to the park for a day of fun. He asked staff members if he would be okay to go on the Superman ride and they assured him it would be fine.

All was going well until the end of the ride when a small bump sent the vet tumbling out of his seatbelt and to the ground below, killing him.

What a horrible loss.

In 1999, someone was thrown out when going over a small bump at the end of the ride, but no major injuries occurred then. 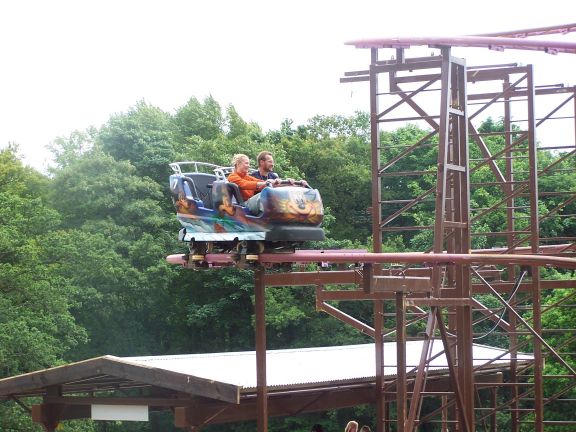 Loudoun Castle, a theme park in Galstin, Ayrshire, Scotland, opened in 1995. It was built around the remnants of an old castle, Loudoun Castle, obviously.

There were a few middle of the road coasters at the park, but nothing too crazy. One of the coasters was The Rat, one of the classic “Wild Mouse” varieties.

An employee of the theme park, and 18 year old boy with cerebral palsy, died when he fell off of the ride. He fell 80 feet.

He was there on his day off and noticed a car was stuck on The Rat. It wasn’t abnormal to give the cars a slight push in instances like that. It began to move, and pulled him along with up, taking him up higher, until he lost his grip and fell to the ground. He passed away the next day.

The park retired the roller coaster out of respect for the fallen worker. The park ended up closing for good in 2010. 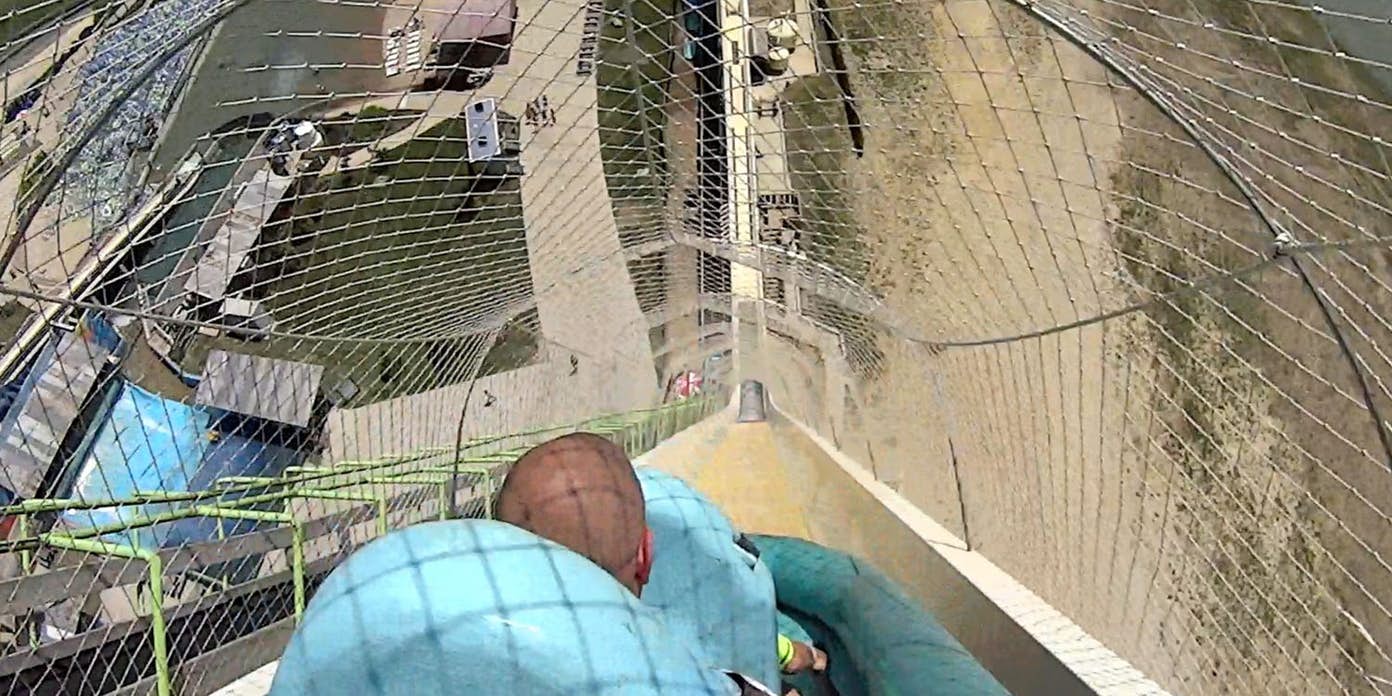 Just last year, in 2016, an accident on the Verruckt roller coaster at Schlitterbahn in Kansas City, Kansas, took the life of a 10 year old boy.

The boy was Caleb Schwab, son of Scott Schwab, who is a state rep for the state of Kansas. He was in a raft that went astray and hit a metal bar, decapitating the boy. Two women were also hurt, with broken bones in their faces.

For two days, the park remained closed to accommodate an investigation. It revealed that he was in the front of the ride, but should have been in the middle, with heavier people on the ends to distribute the poundage evenly.

The ride is scheduled for demolition. 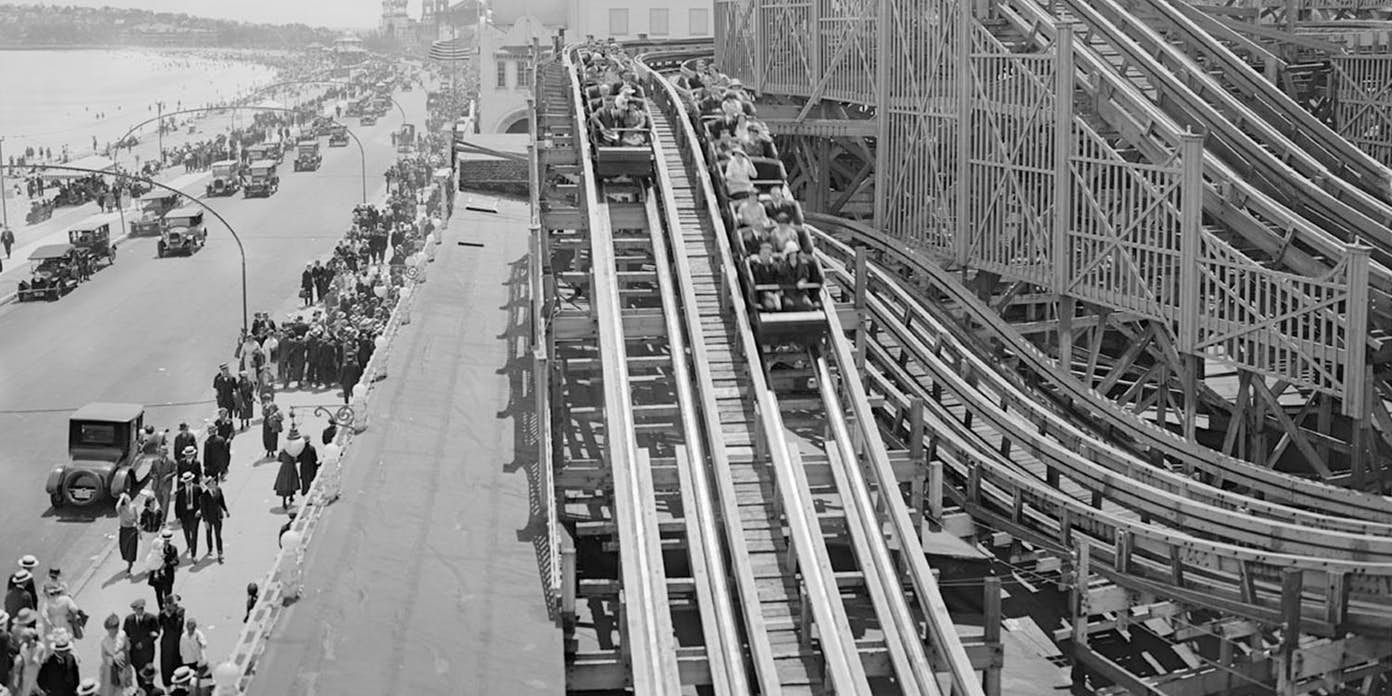 The first public beach in America was Revere Beach in Revere, Massachusetts. It featured two wooden coasters referred to as The Derby Racer.

Offering number one, built in 1911, was later destroyed in 1936. It featured two trains, and a track shaped in a figure. The trains raced alongside each other, and this caused many accidents during the ride’s 25 year run.

In its first year, the first incident happened and it was quite ironic, to say the least. The owner stood atop one of the cars to give a safety speech to the patrons, and fell to his death.

A passenger was ejected to their death while riding in 1929.

That’s too many deaths for one ride. Good thing it closed a few years later. 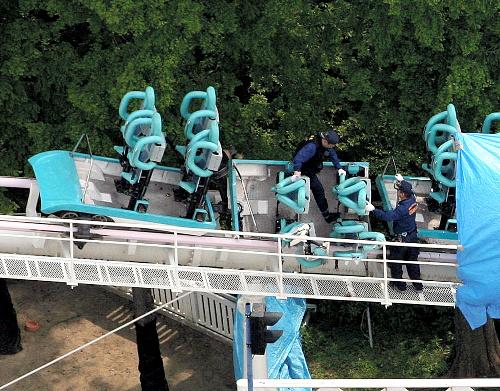 Japan is the scene for the next roller coaster fiasco. Expoland was located in Suita, Osaka, Japan. It closed in 2009.

In 2007, a huge and horrific accident killed a student, and injured 19 others.

The Fujin Raijin ll was the ride where it happened. An axle broke and caused the entire ride to derail. They learned that all of the axles on the ride were at least 15 years old.

When the accident occurred, the 19 year old student suffered greatly, their head scraped against a metal bar for over 300 yards.

Many rides were checked as a result, all over the country. Expoland was penalized for bad maintenance a month later when a second axle broke.

The park lost customers and decided it was best to just close its gates for good. 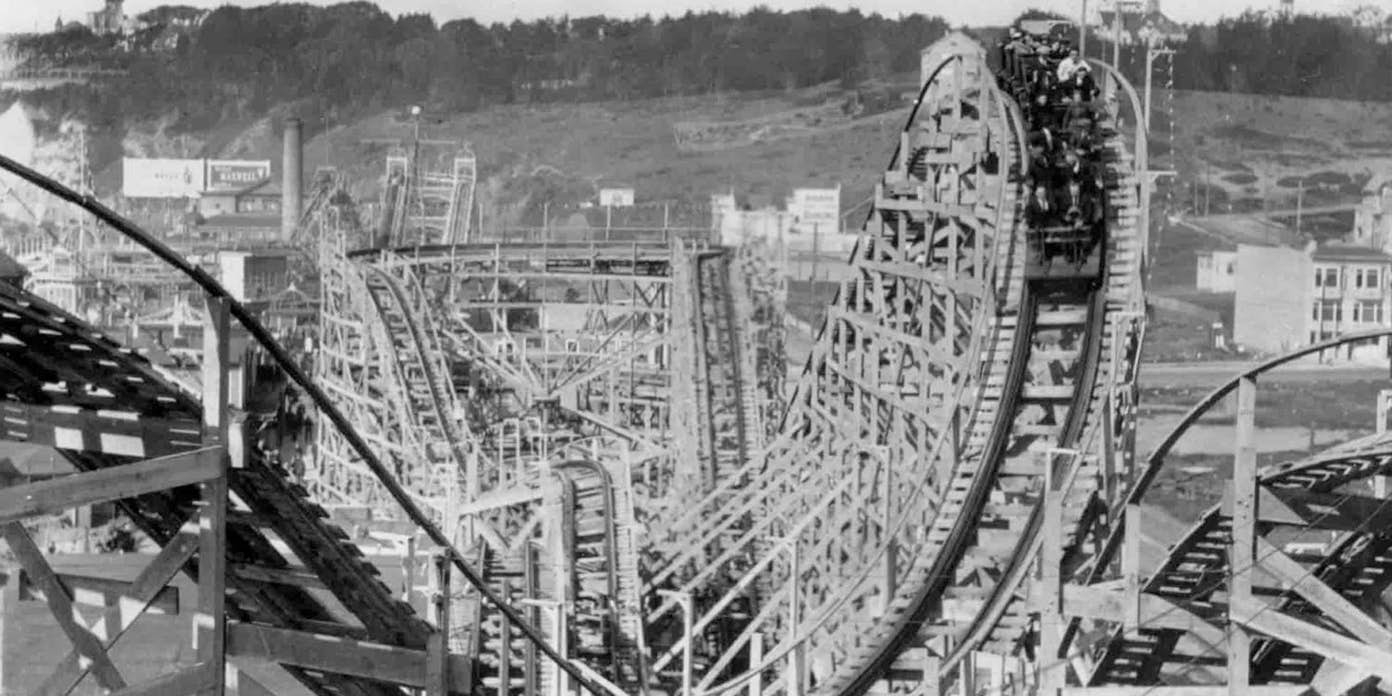 Battersea Park in London is the scene for the tragedy on The Big Dipper. The Big Dipper was a wooden roller coaster and the main attraction of the park. In 1972, five children were killed and 13 more hurt when a train came apart from its lift chain and the anti rollback didn’t work, causimg the trains to crash.

This horrible accident led to the ride being permanently retired, and torn down soon after. The attendance went way down, and within two years, the park was closed for good. 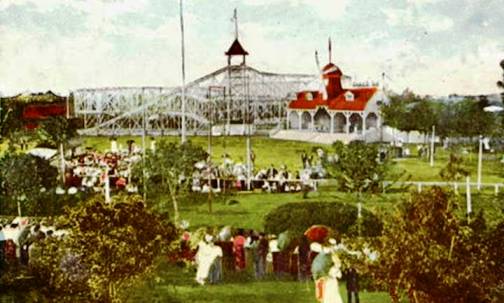 Krug Park is the second on the list to end up closed permanently due to an accident on a roller coaster called The Big Dipper.

In 1930, a bolt ended up coming loose due to a problem with the brake system. This resulted in many of the ride’s cars to plummet 35 feet to the ground. Four young people passed away, and 19 others were hurt.

After this terrifying event, Omaha, where the park was located, banned all roller coasters in city limits. Business fell rapidly, leading eventually to the closure of the park. 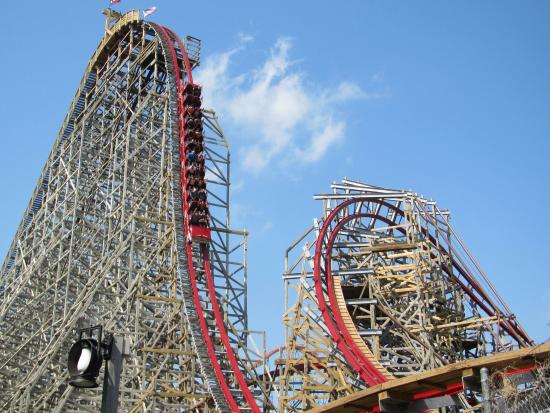 The roller coaster formerly known as The Texas Giant got a makeover and a complete reworking in in 2011. The entire track was replaced with steel. They renamed the ride New Texas Giant when it was all said and done.

The coaster can be found at Six Flags Over Texas in Arlington.

A preventable accident happened in 2013. Witnesses of the horror said it could have easily been avoided.

This mishap took the life of 52 year old Rosa Esparza. She let it be known that her lap bar wasn’t secure, but the people working the ride assured her that everything was fine. They started the ride, and she fell 75 feet onto the roof of a section of the ride. It was gruesome. Her body was almost torn in two, and blood and matter were splattered 75 feet on any side from her landing spot.

Rosa’s daughter said her mom was upside down not long after the ride started and flew from her seat soon after. Investigators said it wasn’t a mechanical issue, but when the ride reopened, it had new safety bars and seatbelts in place. They also added more safety measures to some of their other roller coasters.

I don’t know about you, but this list makes me not want to visit any roller coasters ever again!