Perhaps second only to the Sun, the Moon has been a central and focal point in the skies over humanity since the beginning of time! Or has it? Even today, in an age where bizarre and outlandish stories flow freely around the Internet, some claims about the Moon are right up there with the best of them. As we will see, one of them even alluded to a time when the Moon didn’t exist.

There are also some genuinely strange anomalies that have yet to be explained in a satisfactory manner. Perhaps even more bizarre, some of these crazy conspiracies (if they were ever proven to be true) would offer those explanations that have eluded us so far. Here are 10 of the weirdest facts and craziest conspiracies about our Moon.

Its Dimensions And Positioning Are Too Perfect For Some 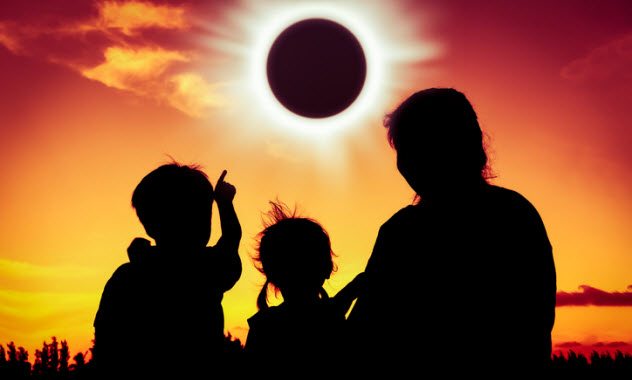 Over the last few years, there have been several total eclipses of the Sun by the Moon. The fact that we experience these is a wonder in itself. According to our sources, our Moon is the only known moon to do this with its host. (However, some will argue—vociferously, we might add—that Earth is the only solid planet from which you can see a total solar eclipse.) For Earth, it all has to do with the relative sizes of the Sun, the Moon, and the Earth’s distance from both.

Oh yes, and the Moon just happens to keep a perfect circular orbit around the Earth—again, the only known moon to do so. This also gives us the impression that the Moon and the Sun are the same size in our skies.

While most likely coincidence, all these factors still have only an astronomical chance of occurring (literally millions to one). Yet they did. Of course, those in conspiracy and UFO circles will tell you that the reason for this is simple: The Moon is “artificial” and its dimensions—exact and precise as they are—are the result of intelligence and planning. Make of the claims what you will. 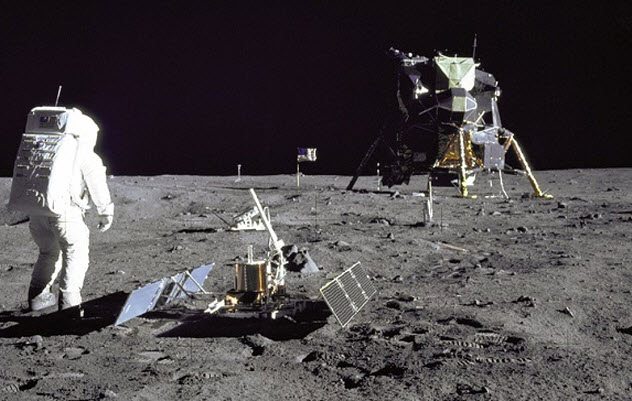 Carl Sagan stated in his 1966 book, Intelligent Life In The Universe, that a natural satellite (which accepted thinking says the Moon is) can’t be hollow. Most would agree with him.

So it shocked scientists greatly when the seismic equipment on the Moon registered substantial reverberations on November 20, 1969, after the intentional jettisoning of the Apollo 12 lunar module’s ascent stage back to the surface. Not only did the Moon reverberate “like a bell,” it did so for over an hour.

If the data was to be believed, it suggests that the Moon is hollow.

During the following mission, a greater payload was jettisoned and the reverberation was measured again. This time, the effect was even greater, with the “ringing” continuing for well over three hours.

Despite the suggestions that the Moon might indeed be hollow—based upon NASA’s own experiments—the findings were largely downplayed by NASA in the years afterward. At least to the public’s knowledge, this has not been studied further.

The Moon’s Craters Are Strange 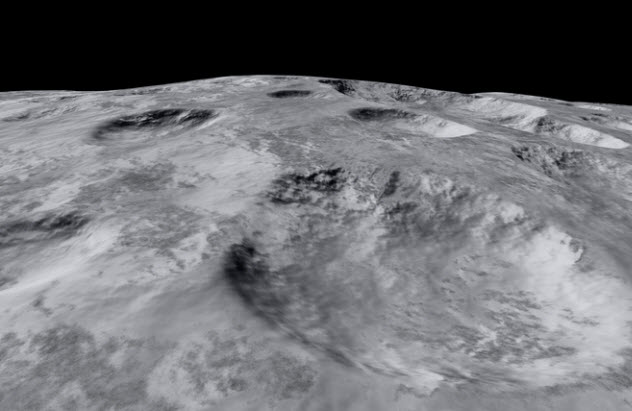 A quick Internet search on this subject will bring back a plethora of images, and some of them are quite convincing. But there is little, if any, solid proof to back up some of these alleged finds.

The pictures are still worth looking at, though. One such anomaly goes by the name of “The Shard” and can be found in NASA Image LO-III-84-M. It appears to show an artificial structure towering above the surface. The fact that it also appears to project a shadow leads many UFO researchers to reject the optical illusion suggestion.

Interestingly, a short distance away (relatively speaking) sits another alleged structure. “The Tower” has been estimated to stand around 11 kilometers (7 mi) tall. If proven to be a true building on the Moon, this is taller than anything on Earth and might offer insight into how such weak gravity might be used by our own space explorers.

The Moon’s Many ‘Artificial’ Structures 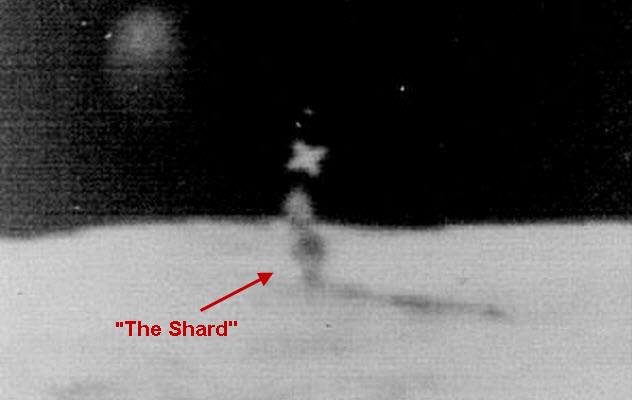 A quick Internet search on this subject will bring back a plethora of images, and some of them are quite convincing. But there is little, if any, solid proof to back up some of these alleged finds.

The pictures are still worth looking at, though. One such anomaly goes by the name of “The Shard” and can be found in NASA Image LO-III-84-M. It appears to show an artificial structure towering above the surface. The fact that it also appears to project a shadow leads many UFO researchers to reject the optical illusion suggestion.

Interestingly, a short distance away (relatively speaking) sits another alleged structure. “The Tower” has been estimated to stand around 11 kilometers (7 mi) tall. If proven to be a true building on the Moon, this is taller than anything on Earth and might offer insight into how such weak gravity might be used by our own space explorers.

It Was Brought Here And Placed In Orbit 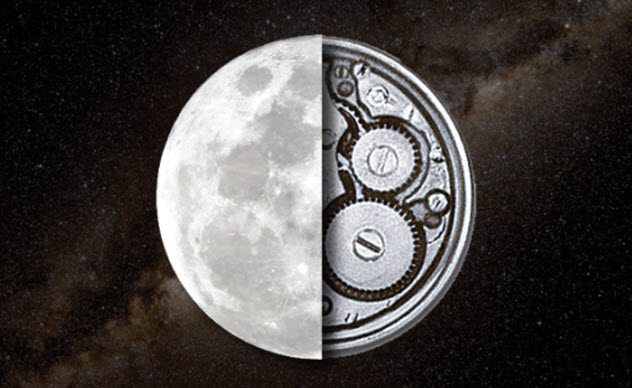 There is no doubt that life on Earth would be drastically different without the Moon. In terms of human beings, life might not even be possible. The Moon stabilizes the oceans and the polar regions of the planet, which then creates the seasons that allow most areas of the planet to thrive and life to prosper.

However, many ancient writings appear to document a time before a moon existed in our skies. So as unlikely, crazy, and no doubt outright stupid as it might be to some, is it possible that the Moon is an artificial structure purposely designed to exact specifications and put in an exact and calculated orbit to stabilize conditions on Earth?

Whoever might be behind such an act would need advanced technology—surely beyond anything we are aware of—and advanced knowledge.

For the sake of argument, if the Moon was brought here with a purposeful intent, who was behind such a monumental feat? An unknown, lost civilization so much more advanced than we currently are today? If so, where did they go? And if not them, who?

It Is The Result Of Alien Intelligence 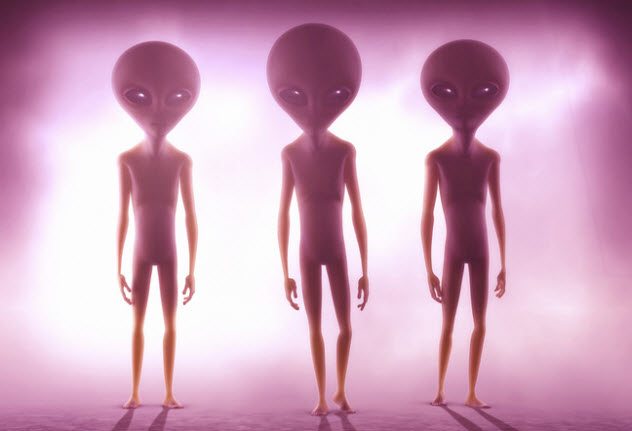 Okay, some of you will be a step ahead here. So with that in mind, let’s get to the point on this one. Aliens!

If an unknown ancient and indigenous civilization was not behind the purposeful placement of the Moon, then the only logical choice would be to suggest that an extraterrestrial race might be responsible.

There are many angles on this theory, too. We will look at one such claim shortly, but researcher and controversial author, David Icke, maintains that the Moon is an artificial satellite that projects signals from Saturn to our planet, creating the “matrix” that makes up our reality.

Admit it, that makes the secret bases on the Moon sound reasonable, right?

More than anything else, you would have to ask: Why would an alien race be so concerned about the placement of a moon around an alien world like Earth? We’ll get to that shortly.

The Moon’s Rotation Is Also Unique 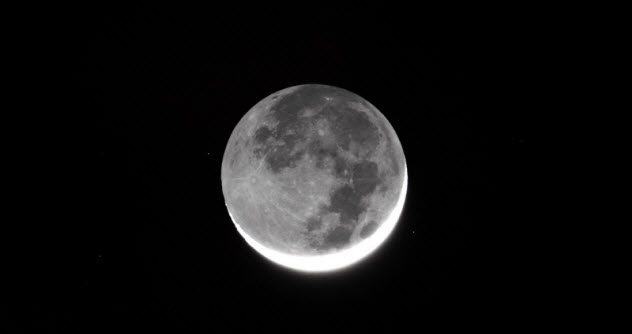 We have all heard of the dark side of the Moon, the part of our celestial neighbor that we never see. Many people think that this is because the Moon doesn’t spin. However, it is more accurate to call this part of the Moon the “far side” as the Moon does indeed spin.

It takes the Moon 27.3 days to orbit Earth once. At the same time, it also takes the Moon 27 days to do a complete rotation on its own axis. This “synchronous rotation” causes a side of the Moon to always face away from our planet. Again, our Moon appears to be unique in this.

From the perspective of the “dark side of the Moon” conspiracy theorists, the end result is still the same. A side of the Moon is permanently away from the viewing eyes on our planet which makes it an ideal place to establish a base and carry out secret activity with advanced technology. 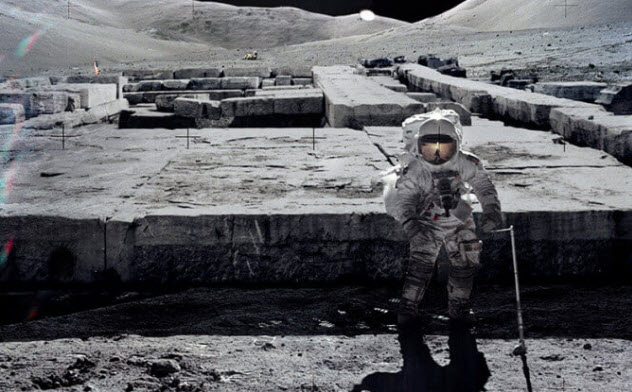 In his controversial and widely ridiculed book, Letters From Andromeda, author and researcher Alex Collier claimed to have uncovered the real history of the Moon. Perhaps the way he sourced his information made people a little suspicious. He had received “telepathic communications” from an alien who resided in the “Zenetae” constellation. And these are the tamer parts of his claims.

According to Collier, the Moon was actually a huge spaceship that arrived here millions of years ago carrying “reptilians, human-reptilian hybrids and the first humans to set foot on Earth!” Collier said that the Moon was hollow and there were several secret entrances around the surface. He also “confirmed” that a metal shell existed below the surface.

Even more outlandish, he claimed that there were remains of ancient alien bases on and inside the Moon, left over from a huge war that was fought 113,000 years ago. These bases were now occupied by a secret world government that was working alongside an extraterrestrial race.

Ancient Texts Speak Of A Time ‘Before The Moon’ 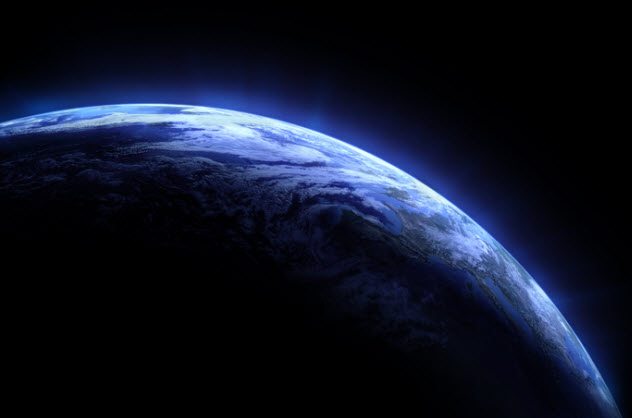 Many ancient writings speak of a time “before the Moon.” In turn, many scholars have quoted these works over the centuries.

For example, Aristotle wrote of Arcadia, stating that the land was occupied “before there was a moon in the sky above the Earth.” Similarly, Apollonius of Rhodes spoke of a time “when not all the orbs were yet in the heavens.”

The tribe of Chibchas in Colombia also has such notions in their traditional oral legends. They state, “In the earliest times, when the Moon was not yet in the heavens!” The wording sounds remarkably similar to that of Apollonius.

Perhaps also of interest, particularly given the bizarre claims of the Moon being put into position around the Earth, are some Zulu legends which say that the Moon was dragged across space from a great distance.

Most of these accounts also speak of intense disruption to the planet until the new heavenly body settled into its true orbit. 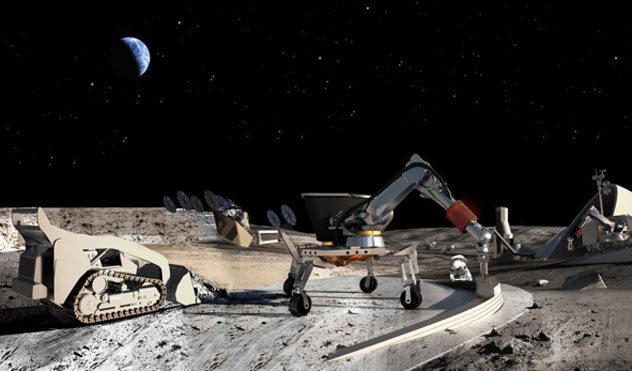 Alex Collier is certainly not the only person to claim that bases exist on the Moon. There has been a wave of such declarations, often connected to anonymous whistle-blowers and leaked secret documents over the last two decades alone.

A recent claim about the presence of an operational Moon base was made by Dr. Michael Salla, who works with the Chinese space agency in their attempts to achieve a manned mission to the Moon. If successful, this will be the first such landing since NASA’s Apollo 17 in 1972.

Salla also says that the base was the result of the “military industrial extraterrestrial complex.” Even more outlandish were his comments that NASA was actively bombing such bases as well as “ancient artifacts and facilities” to cover up their existence.

Furthermore, he has stated that secret mining missions were being carried out by a “secret world government” that had made a covert pact with an unknown extraterrestrial race. Like any such claims, make of them what you will.