Going beyond how good the world thinks everybody looks when skinny, Hollywood takes it a step further and rewards actor for committing to their roles and losing shocking amounts of weight. Tom Hanks, Christian Bale and Matthew McConaughey were all hailed by critics for their dramatic weight loss in movies like Castaway, The Machinist and Dallas Buyers Club respectively. If you look at it that way, it seems downright cruel for the media to then turn around and shame women like Kim Kardashian, Hilary Duff and Christina Aguilera for gaining large amounts of weight during their pregnancies – a time when the female body is hardwired to do so. While weight loss isn’t always done for the right reasons, sometimes it truly can change somebody’s life. We’ve compiled a list of the most shocking celebrity transformations below, whether they were motivated by health, vanity or just a great movie role. 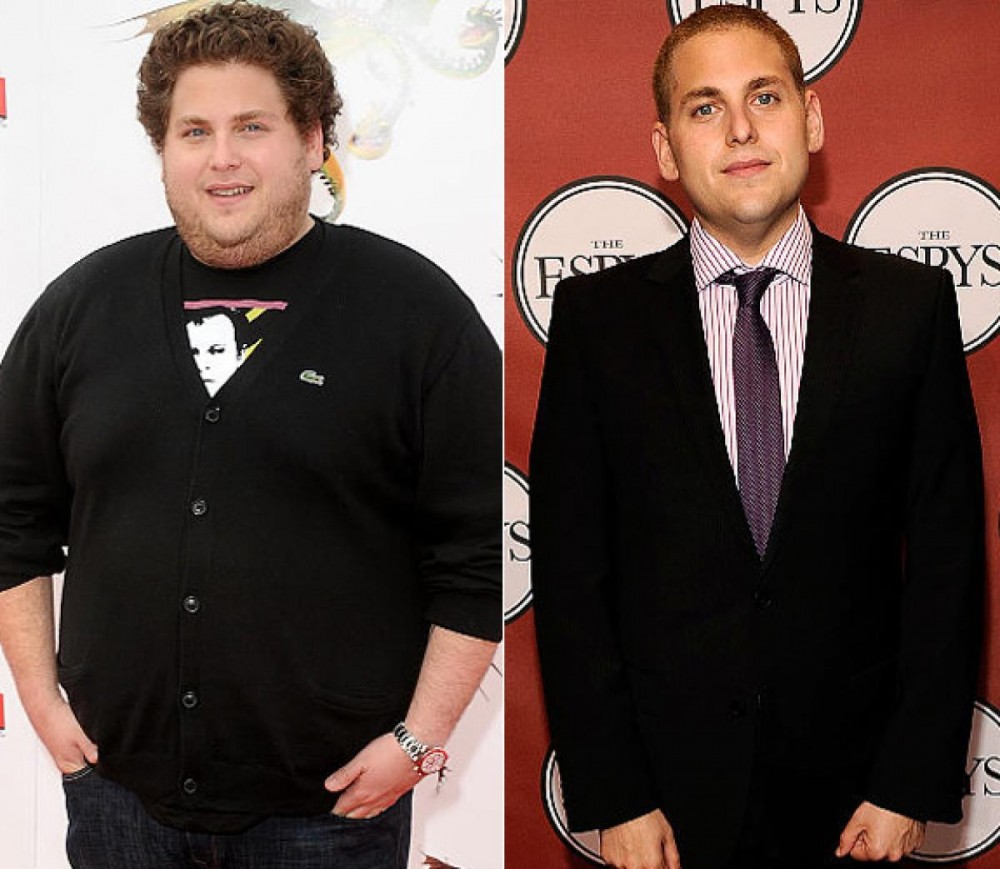 In 2011, Hill’s co-star Brad Pitt urged the 5’7, 250 pound actor to lose weight for his health and for his role in the film Moneyball. A longtime fan of beer, Hill claims that by cutting back drastically on the beverage and turning to a diet heavy on Japanese food, he was able to shed up to 40 pounds in just a few months. He relied heavily on a high protein, low carb regime which was incredibly effective, although sources around the actor claim that it left him with rancid breath. When people turn to Atkins-style diets that center around protein, the body produces ammonia while digesting meat and leaves the dieter smelling like acetone. Not exactly the most attractive scent in the world, but hey – it worked. Sadly the results didn’t seem to last long-term and Hill has gained most of the weight back in recent years.