The escalator is one of the most expensive mechanisms used by mankind in everyday life. This is an amazing form of transportation, invented in the 20th century. You can usually find it in huge shopping malls, and the metro stations, but they seem to be popping up more and more lately, in quite a variety of places and weird designs. Let’s talk about 10 world’s most unique escalators!

1. Escalator in the slums, Colombia
In 2011, a humongous street escalator was installed in the poorest area of the second largest city in Colombia. For many years, all of the 12,000 inhabitants of Commune 13 in Medellin, were forced to hike hundreds of steps, around the height of a 28-story building. Now, all this way up has been cut from 35 minutes down to just 5, thanks to this majestic piece of machinery. The length of the escalator is about 40 meters, and it is divided into 6 sections, making it more accessible for people from different parts of the district. 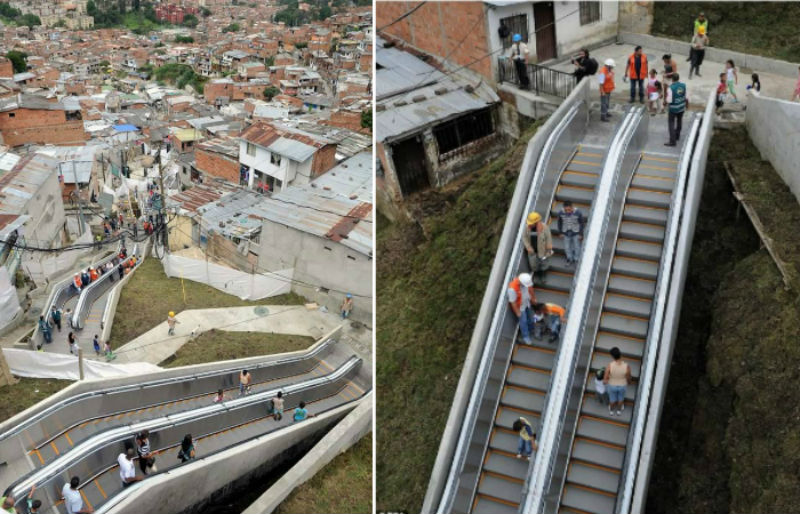 2. Bicycle escalators, Norway
This sort of a device may look revolutionary to most of you, but in Norway, such escalators are not uncommon, especially in Trondheim. The city is located on the steep hill of Brubakken, which makes it very uncomfortable to use a bicycle. Thus, the city became the world’s first place with a bicycle escalator! It was first installed in 1993. Since then, more than 200,000 cyclists used it to overcome the 130-meter hill without a single accident. 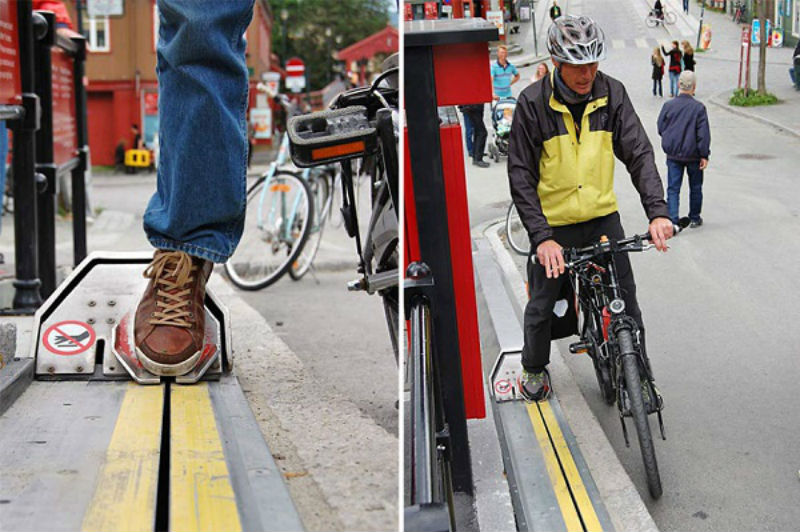 3. First underwater escalator, Taiwan
Visitors of the Haulian Ocean Park in Taiwan can get a pretty phenomenal ride. It’s an escalator through the aquarium full of sharks, colorful fish, stingrays, and other aquatic critters, swimming over your head. And the best part is that the escalator goes up and down, so you can see all kinds of sea monsters on your joy ride. 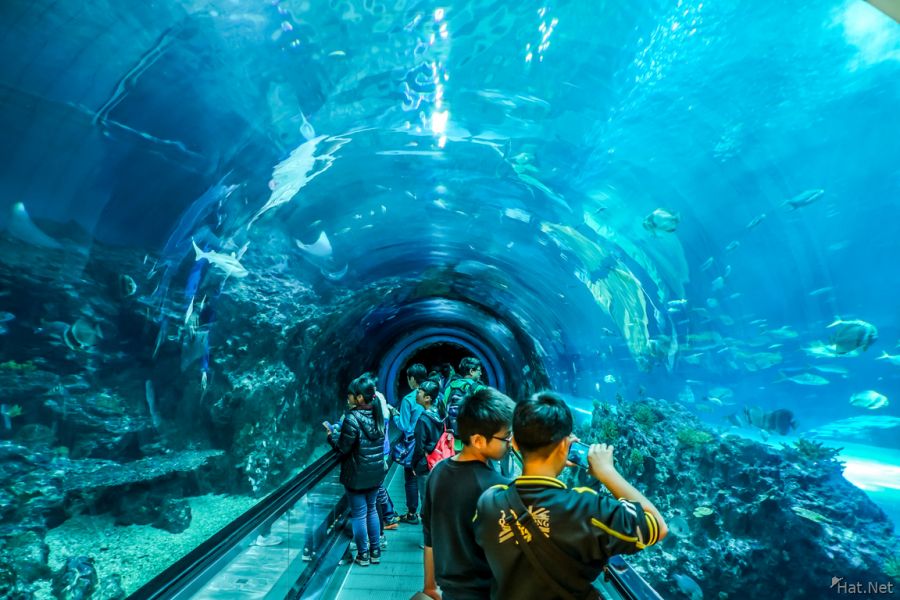 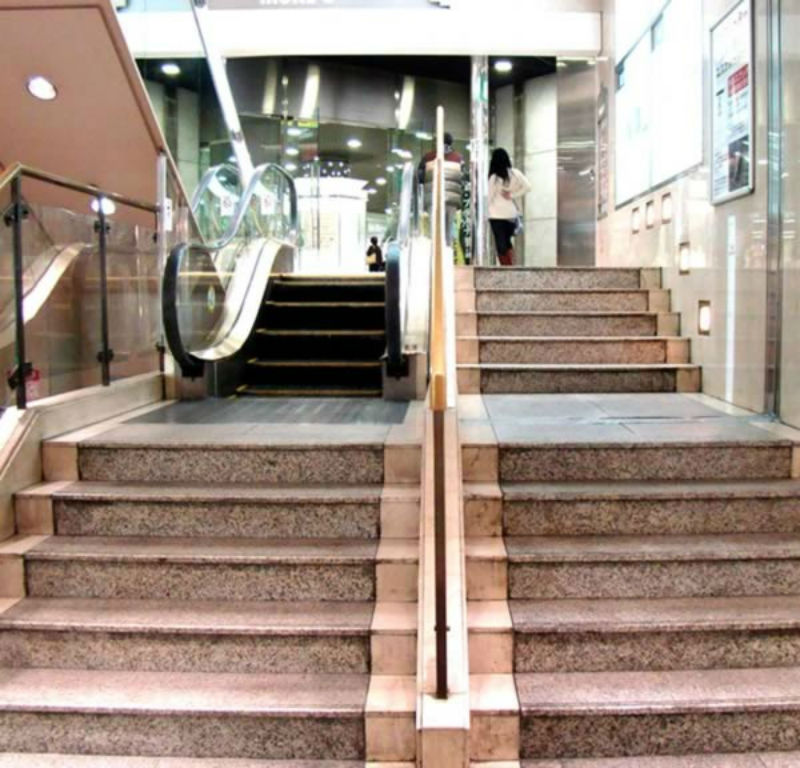 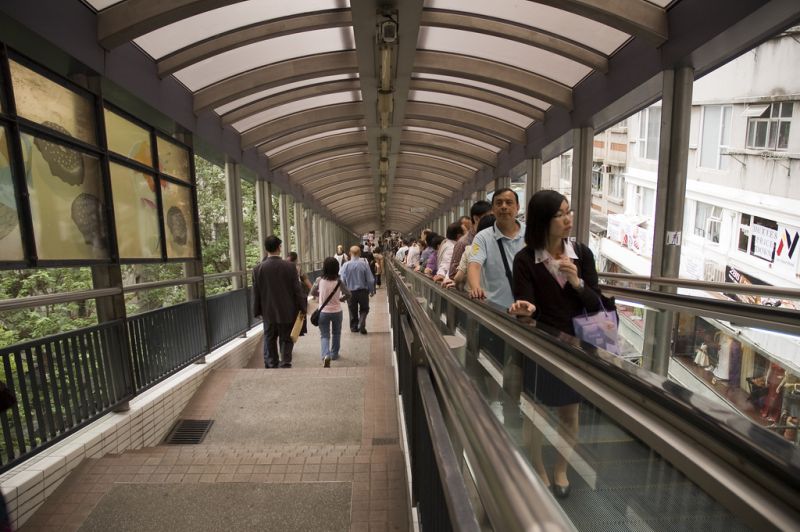 6. Eye-candy escalator, Russia
There a “laser show” escalator in the European shopping center is in Moscow. The cross-over design is not a whim, but an engineering approach meant to save space, as it happens to be the best way to connect sectors that move in one direction. 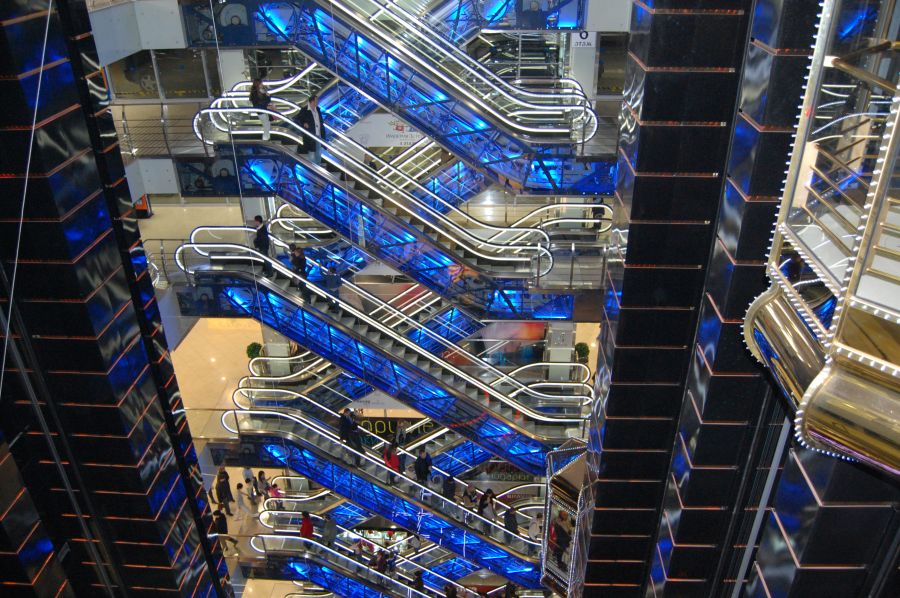 7. World’s largest spiral escalator, China
Currently the only company that’s nailed the spiral escalator market is Mitsubishi, and this is their spiral 7-story-tall baby in the biggest shopping mall in China. But actually there are 2 of them there. I could go into technical details here, but just know that these escalators are incredibly hard to make but they’re totally safe. And they look cool as hell! 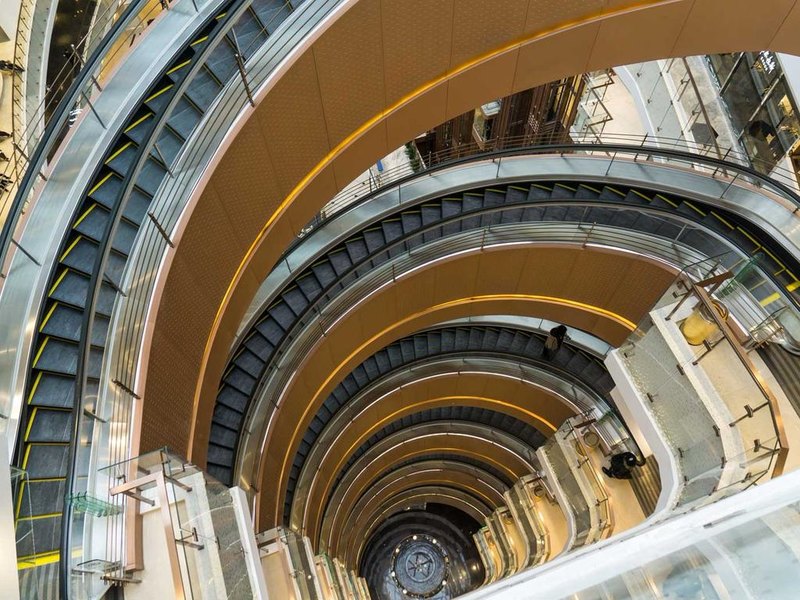