Recently, over 2 million people flooded the streets of Hong Kong to protest a new bill that would allow people to be extradited to mainland China for questioning. The relations between this semi-autonomous city and mainland China have been rocky ever since Hong Kong was handed back to Chinese rule by the British back in 1997, so it’s no surprise that this new bill caused quite an uproar.

The Chinese Communist Party attempted to control this so-called ‘civil disobedience’ but this only resulted in more protesters joining the cause, just like during the 2014 protests. It is estimated that about a quarter of the whole Hong Kong population has taken part in the process. But even with such a great number of people attending, the protesters proved that not all protests have to break out into riots. 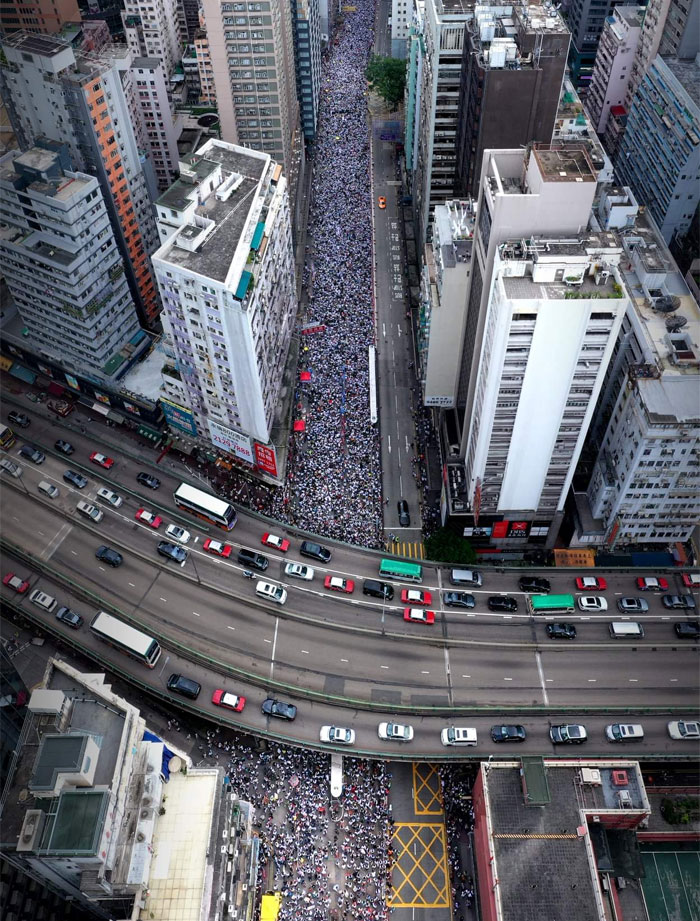 1 Hong Kong Students Studying For Their Finals While Protesting 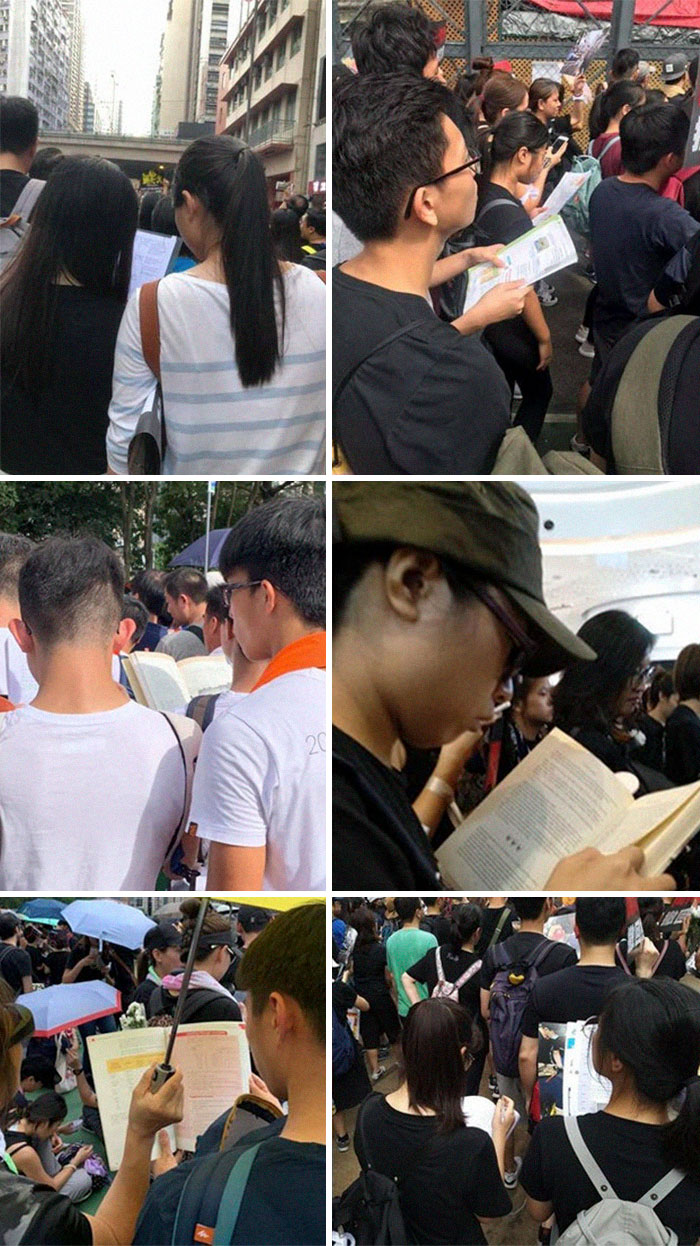 Even though exam time coming up in Hong Kong, many students still choose to attend the protests, resulting in an interesting combination between studying and protesting.

#2 Level Of Tidiness In Hong Kong After A Protest Of 1.3 Million People! 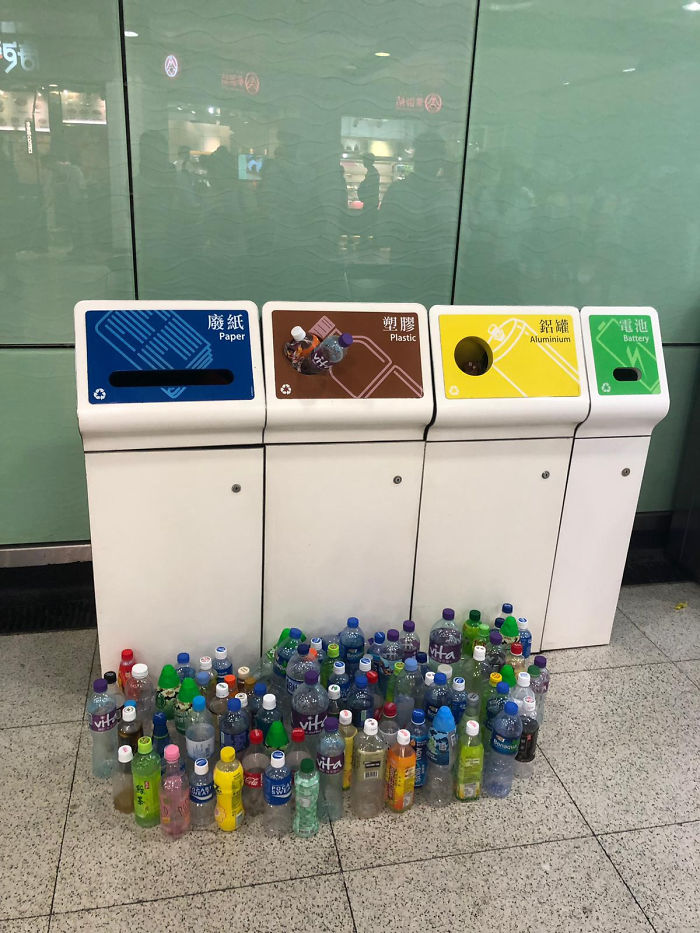 Citizens of Hong Kong are calling the new extradition bill non-democratic and fear that passing it will allow the authorities to target people criticizing the Chinese regimen, further restricting the freedoms of Hong Kongers. The Chinese media, however, says the new bill is meant to protect Hong Kong from becoming a safe haven for criminals. “Any fair-minded person would deem the amendment bill a legitimate, sensible and reasonable piece of legislation that would strengthen Hong Kong’s rule of law and deliver justice,” writes China Daily. 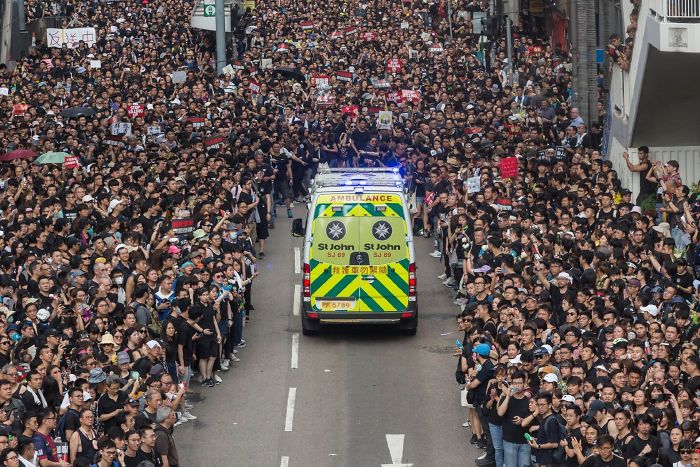 “Hong Kong’s top political leader is not elected by ordinary voters but by a 1,200-strong election committee accountable to Beijing. Half of its legislature are chosen through indirect electoral systems that favour pro-Beijing figures,” writes The Guardian.

The increase of mainland China’s political and economic influence is becoming more and more obvious in Hong Kong as wealthy investors from the mainland are moving into the city and local media outlets are being brought under Beijing’s control.

#4 Hong Kong Protestors Cleaning Up The Field After The Protest 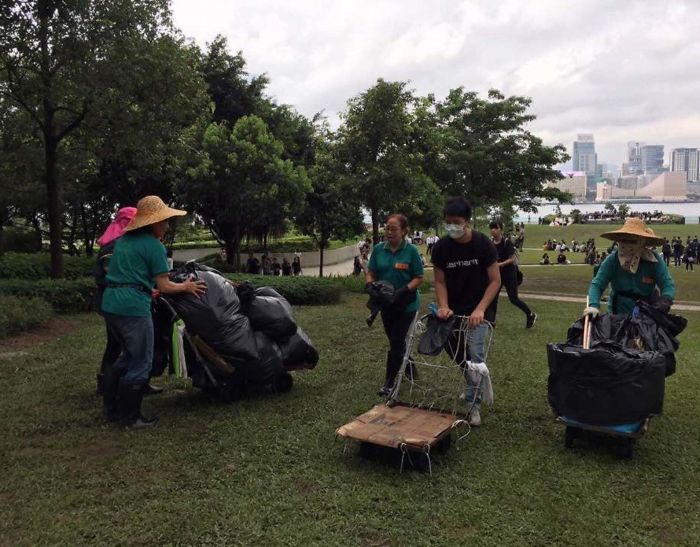 Many of the protesters are eagerly cleaning up after themselves, making sure the city remains tidy even after such a massive protest. 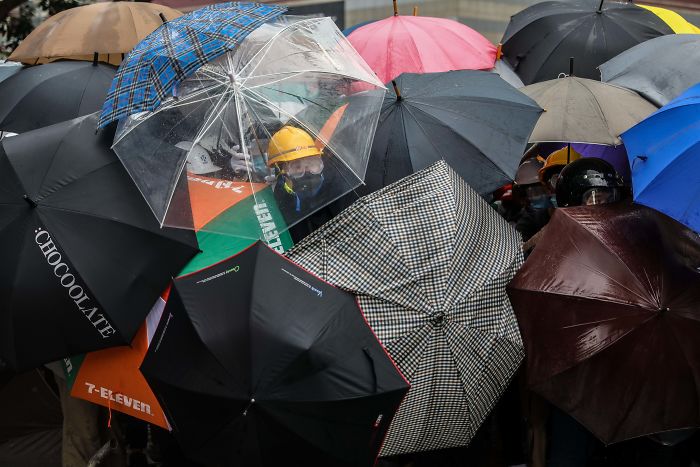 6 Volunteers In Ponchos Marked With A Blue Cross, Wearing Surgical Masks And Goggles, Form A Human Wall To Protect The First Aid Area Right Outside Admiralty Station, Across The Street From The Hong Kong Central Government Offices 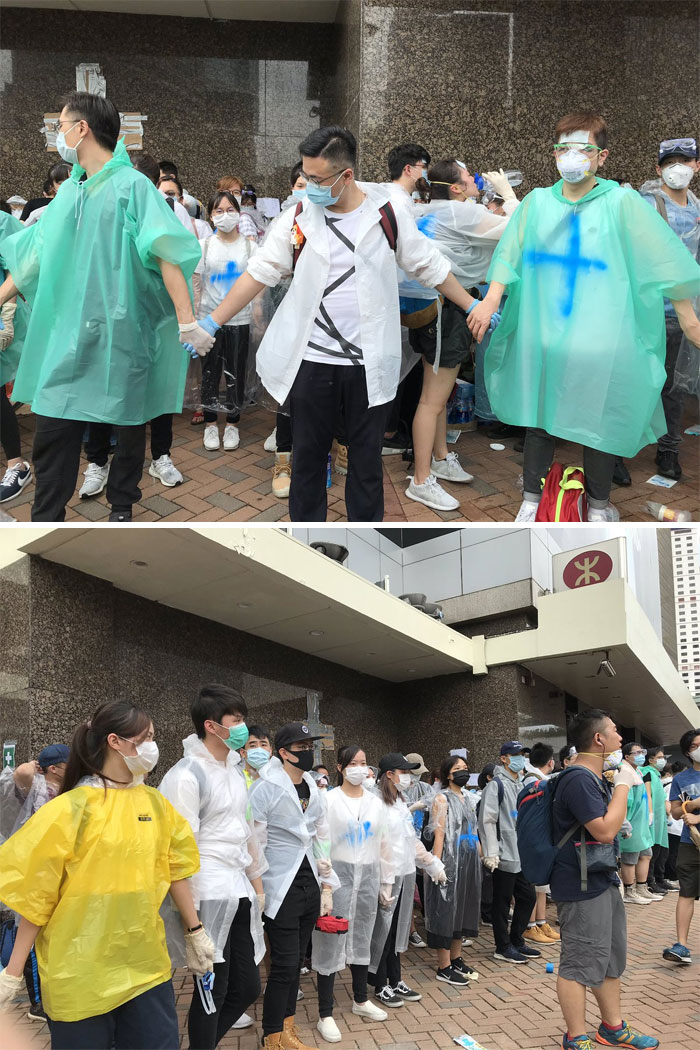 #7 Impressive How Thoughtful And Organised These Protestors Are. Bottles Of Water Are Left Along Pavements And Other Strategic Areas So People Can Douse Themselves, And Put Out Teargas Grenades When Police Move In 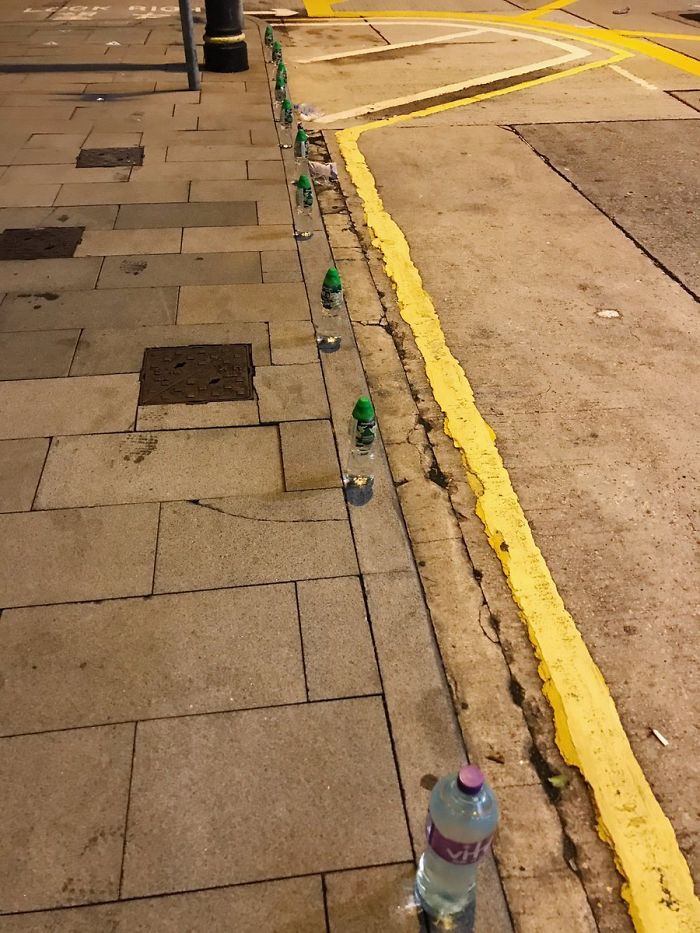 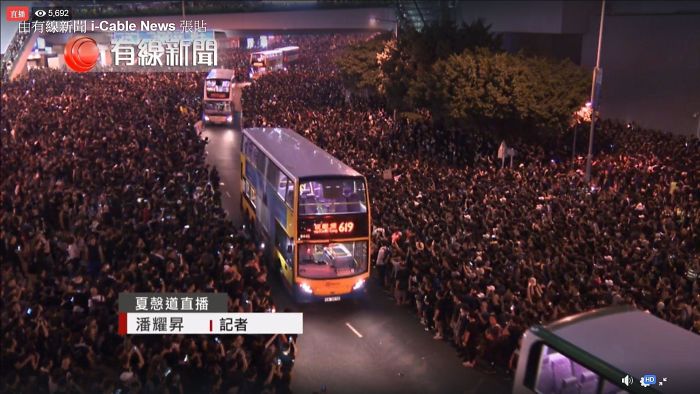 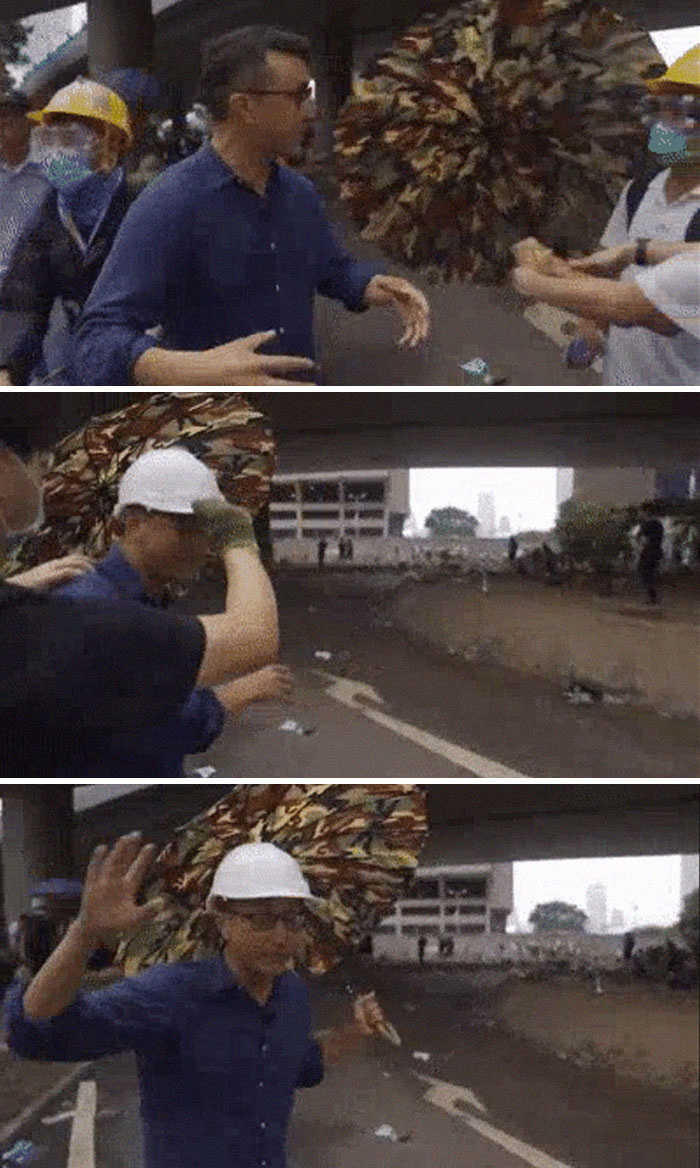 10 Notes Of Remembrance Cover A Sidewalk Outside Pacific Place, A Luxury Mall From Which A Protester Fell To His Death Yesterday Night 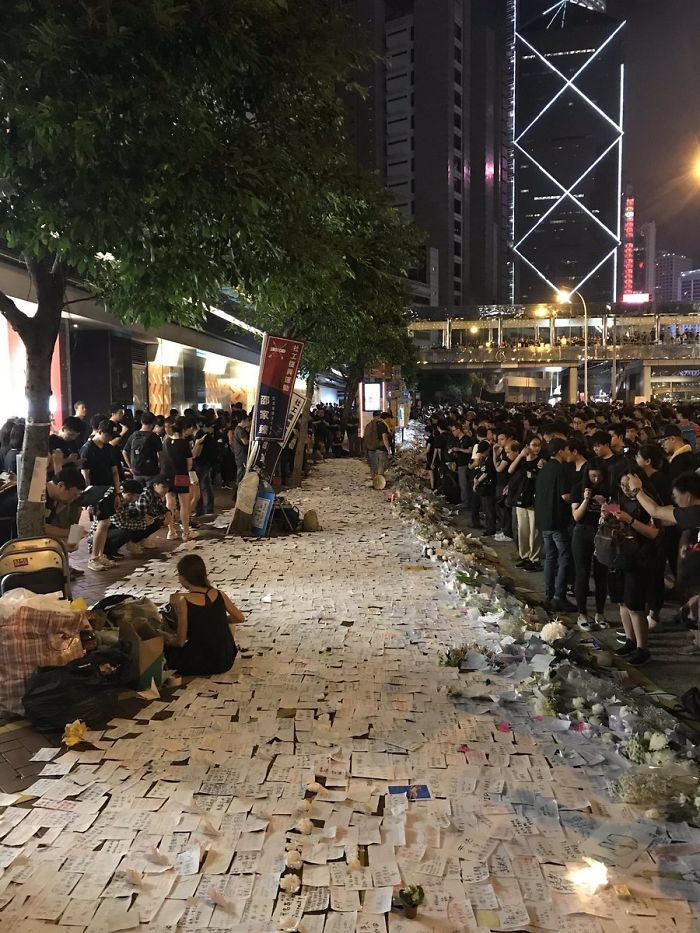 This station was set up by local social workers to “to commemorate a martyr, to express their feelings and emotions.” 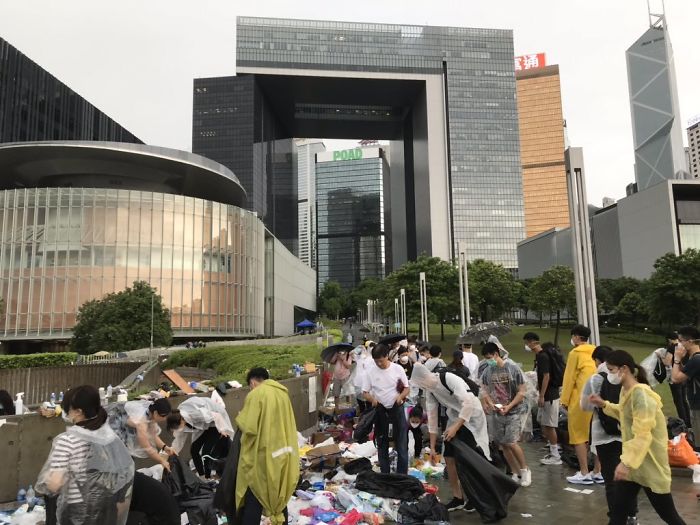 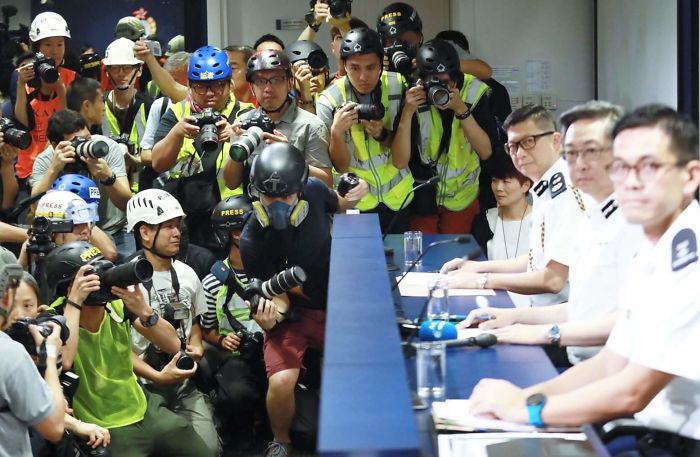 #13 At Times Square, Causeway Bay A Guide On How To Fold Origami Lilies For Those Who’d Like To Pay Tribute To The Protester Who Fell To His Death Saturday Night 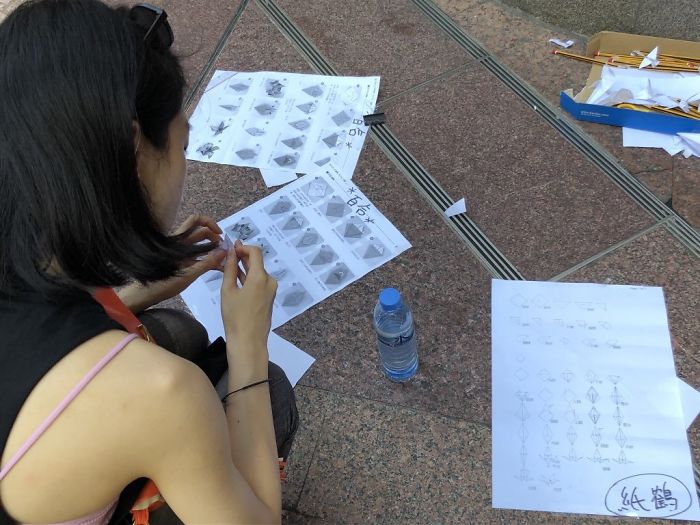 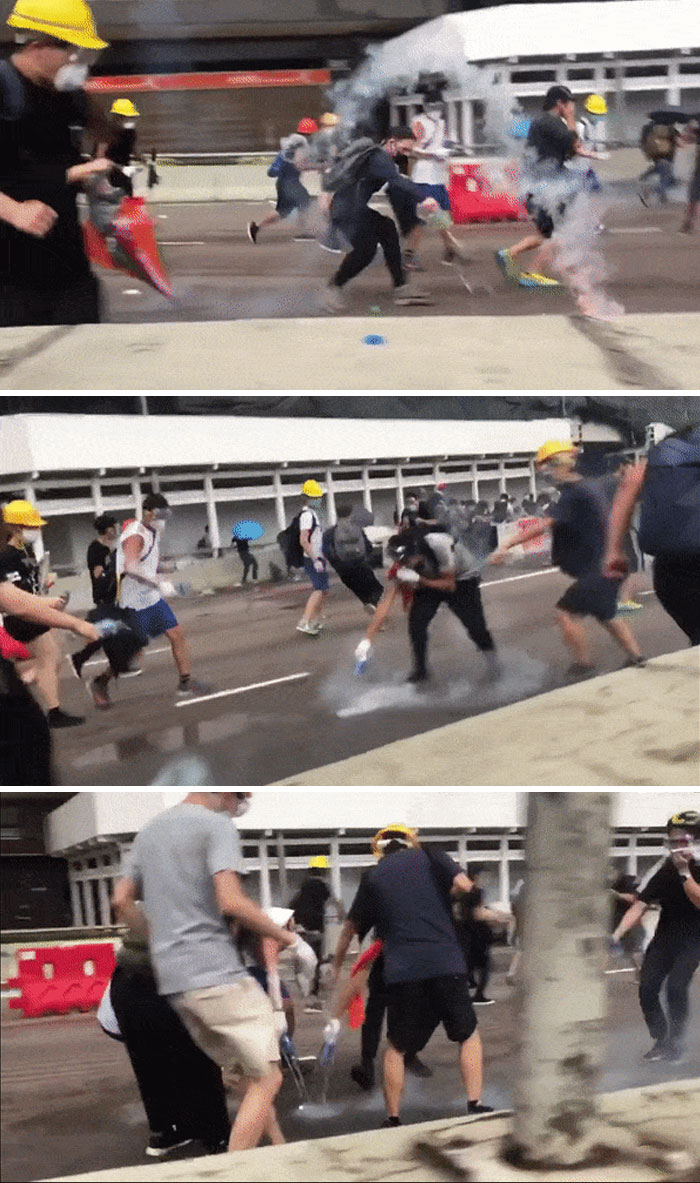