Stars shine brightly and beautifully from afar. But once you get closer… It could get pretty unbearable. The same thing could be said to some of the most iconic creative geniuses that have ever lived on this planet.

It’s easy to say why after you get to know their peculiar character traits, that made them really unique and bizarre.

Stanley Kubrick And His Soft Side 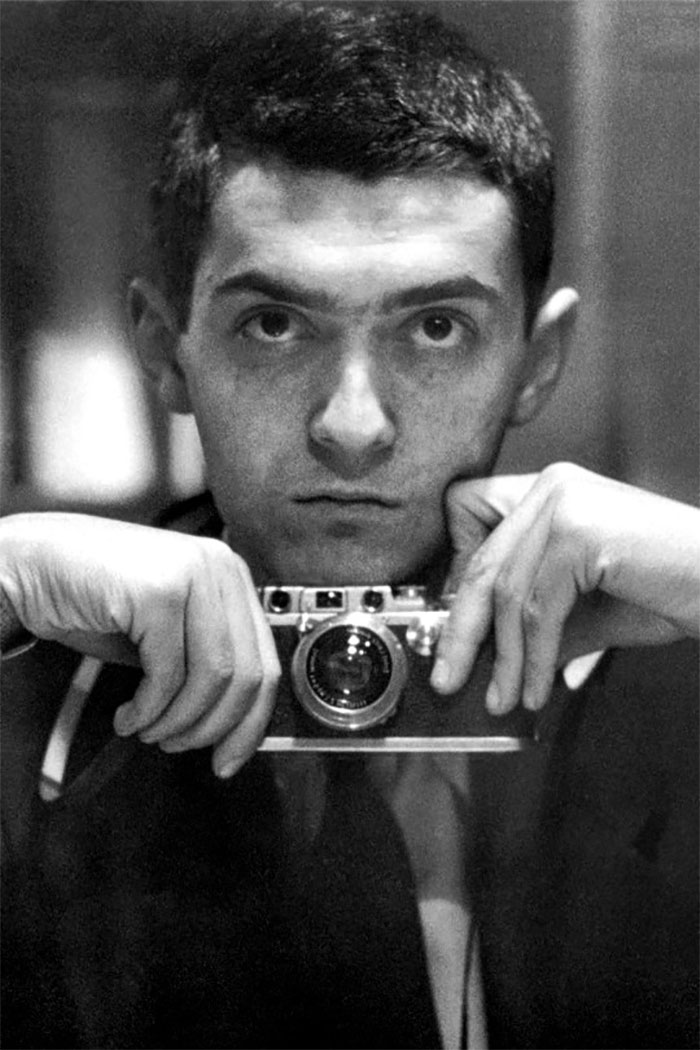 The notoriously rigorous perfectionist Stanley Kubrick is the man behind such movies as “2001: A Space Odyssey”, “Clockwork Orange”, or “The Shining”. Yet despite being isolated and reclusive in his private life, the legendary filmmaker had a soft side. He really really loved animals. At one point in his life, there were 16 cats living at his home, a company that he enjoyed even in his working room. And that’s not all. Eventually, the animal collective expanded as he got himself 7 golden retrievers and 4 donkeys.

Wolfgang Amadeus Mozart And His Sense Of Humour 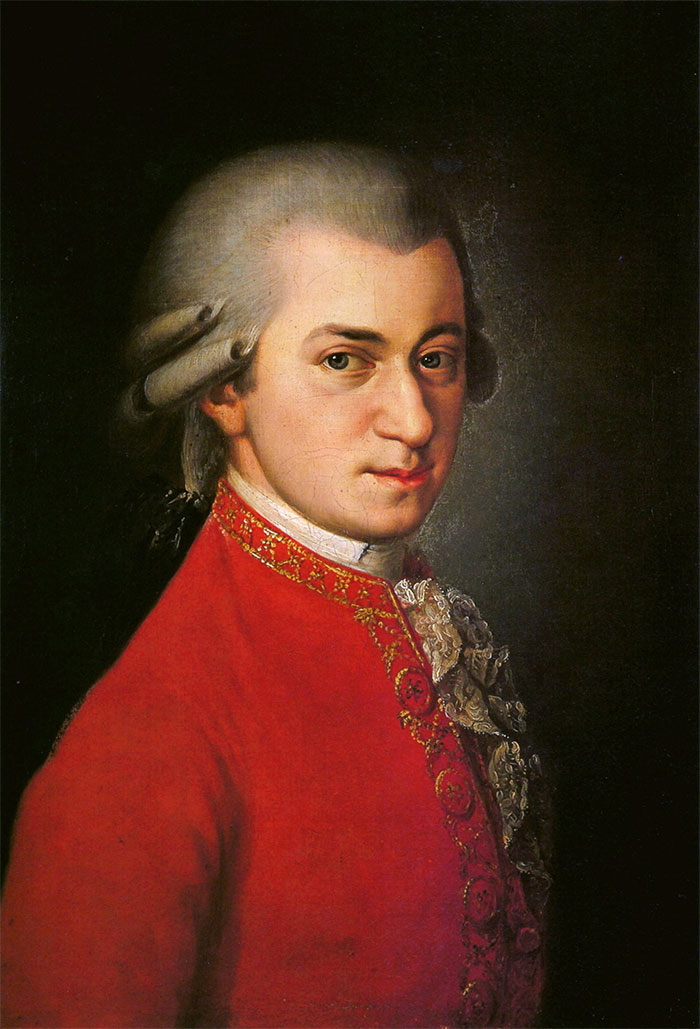 Mozart, the sound and face of classical music. From the dramatic “Lacrimosa” to the playful “Magic Flute”, Mozart has conquered the pages of music history books for centuries. Yet there’s a little detail about the man himself which is often overlooked. Mozart really liked… Fart jokes. In fact, he was a little bit too much into this kind of stuff. He even wrote a piece which requires 6 voices to be performed which is called “Leck mich im Arsch”. If you think that that sounds similar to “lick me in the arse”, then… well, you are right. As someone put it “Mozart puts the ‘ass’ in the classical”. 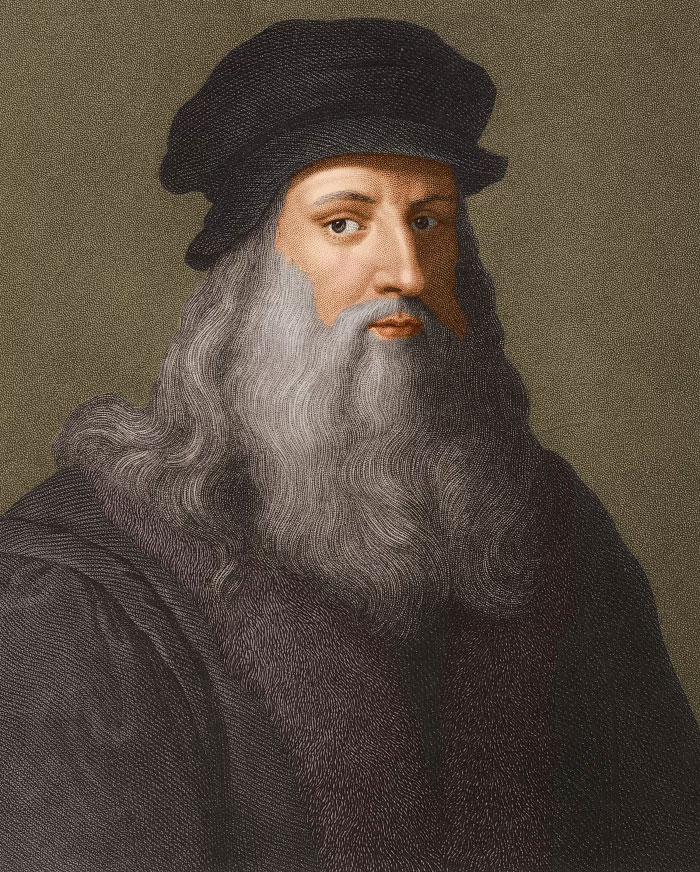 Da Vinci was a painter, an engineer, a writer, a sculptor, an inventor, an architect, a pioneer in exploring human anatomy, an avid animal lover and possibly one of the most famous vegetarians (if not vegans) who ever lived. It seems that there’s nothing that this man did not do. Yet there was, it was sleeping. He wasn’t a fan of it and after conducting careful research and building up his knowledge, he started following the polyphasic sleep cycle. To put it in other words, Da Vinci’s sleep would consist of several short naps every 24 hours. Being The Renaissance man is not so easy.

Salvador Dali And His Wife 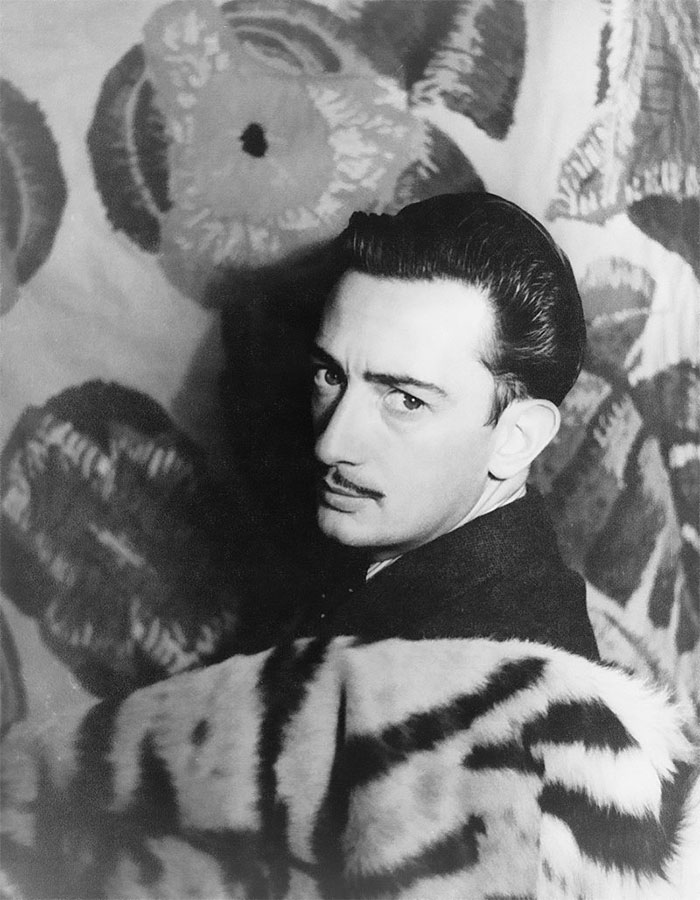 When someone thinks of surrealism, chances are that Dali and his pomade-covered mustache comes to one’s mind. His life was as eccentric and surreal as his paintings, but apart from driving around with a car filled with cauliflowers and walking around Paris with an anteater, there was something that seems even more peculiar. Once he married his muse and love of his life, Gala, he treated her like a goddess. He bought her a castle and was allowed to visit her, his wife, only with a written invitation.

Leo Tolstoy And His Shoes 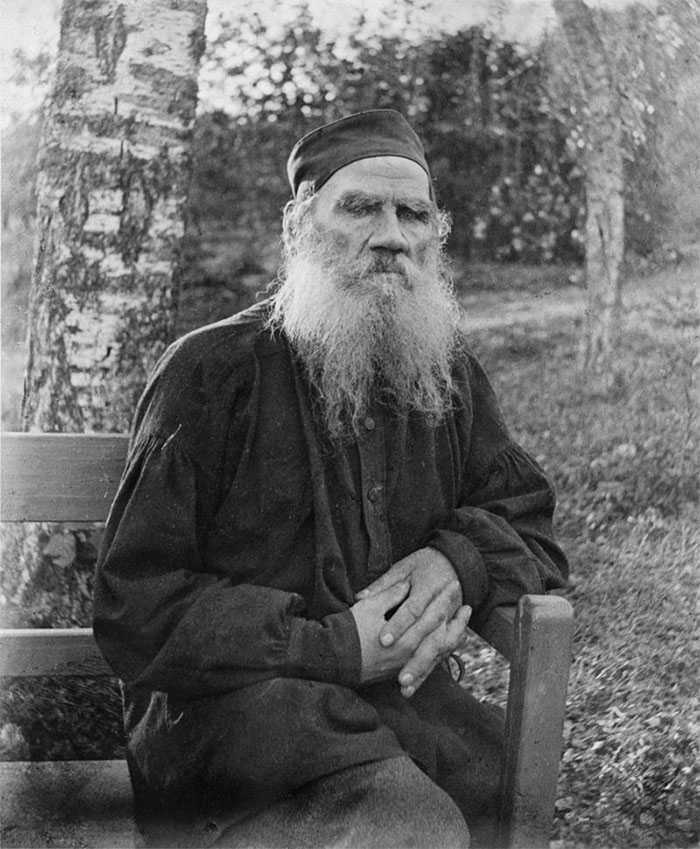 The giant of the Russian literature, Lev Tolstoy not only wrote historically accurate books, but he himself became of historical importance while still being alive. Despite coming from the highest layers of society, Tolstoy eventually started questioning the morale of society that he lived in and started following his own path. He became a vegetarian, started following a vigorous daily routine and denounced the looks of a rich man. He started wearing peasant clothes and shoes, which, despite not being too skilled, were made by himself.

Edvard Grieg And His Lucky Frog 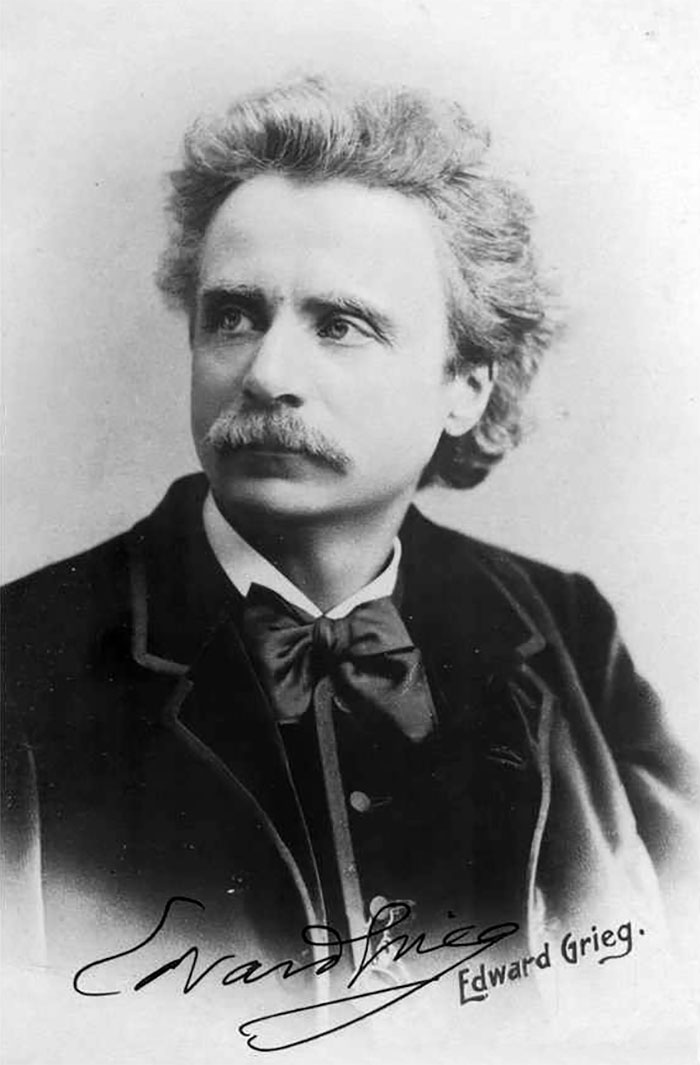 The Norwegian composer Edvard Grieg is the man behind such pieces like “In The Hall Of The Mountain King”, or the famous “Morning” theme that every single one of us has heard on idyllic commercials. One must be lucky to have such talent. Or, as in Grieg’s case, one must have a lucky frog. A figurine of a frog. He carried it in his coat pocket when he was working, conducting or performing. And each time before stepping onto the stage, Grieg would rub his favorite frog for luck. Apparently, it worked.

Erik Satie And His Eccentricities 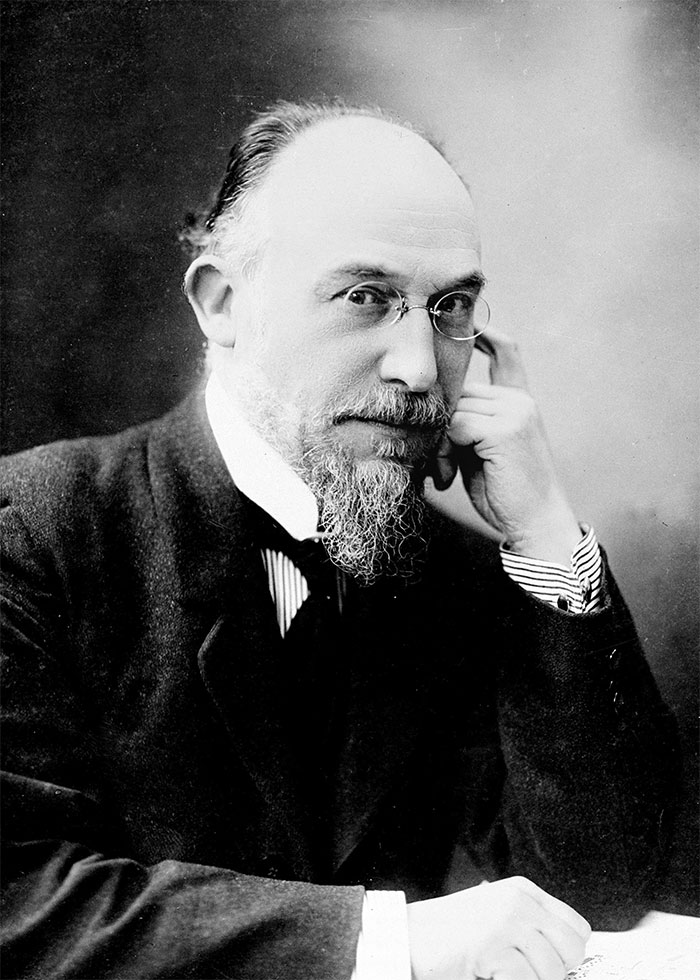 The prominent French composer Erik Satie was weird. Not just weird, but incomprehensibly bizarre. For starters, his eating habits were something else. He only ate food that was white, such as eggs, sugar, grated bones, salt, coconuts, rice and similar. Each day he rose at 7:18 a.m. and would have lunch strictly at 12:11. Then dinner at 7:16 p.m. and he would go to bed at 10:37 P.M. Also, he was a hoarder but a very specific one – he loved umbrellas and had over 100 of them. And finally, Erik Satie was such a peculiar fellow that he even belonged to a religion… That he, himself founded.

Michelangelo And His Hygiene 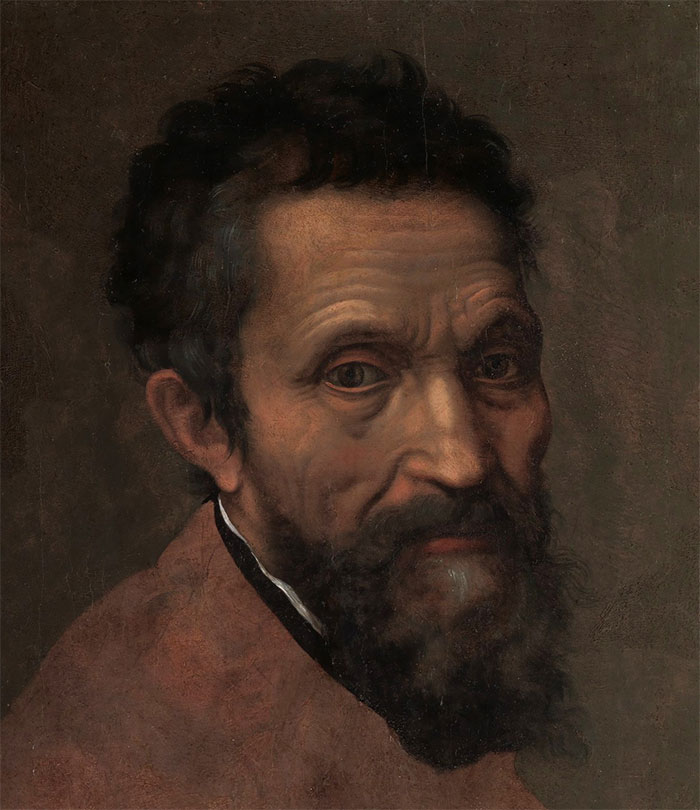 The Sistine Chapel in Vatican City might be celestial, but its creator, Michelangelo, one of the most important names in Western art’s history, was far from that. And for a simple reason, which is hygiene. Michelangelo slept with his clothes and boots on, without removing them for days. He avoided showering and even considered it a health hazard. Well, he might have had a point, because he lived until he was 89 years old.

Honoré De Balzac And His 50 Cups Of Coffee 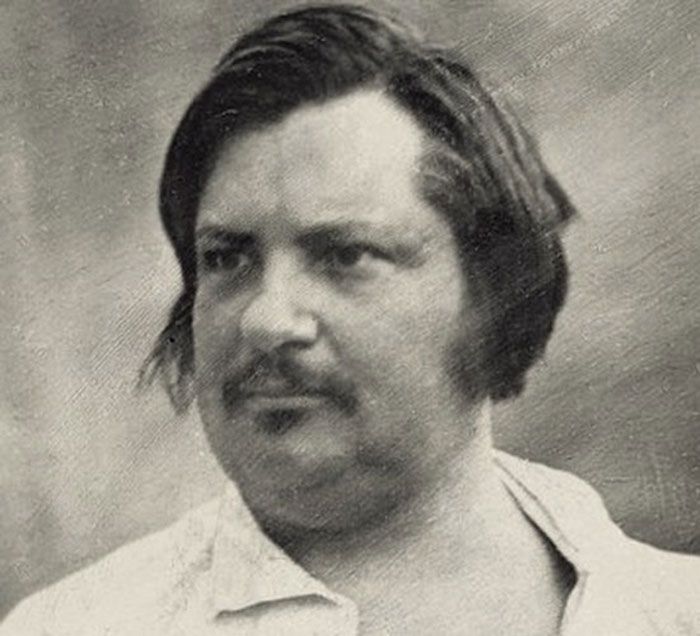 ‘Were it not for coffee one could not write, which is to say one could not live’ is what Balzac, the renowned French novelist, playwright and the author of The Human Comedy once said. And he really meant it, because is there barely was a minute when he was not sipping this elixir of life, it’s estimated that Balzac drank 50 coffee cups a day. You may wonder, how does one sleep, when you’re permanently on a caffeine rush? But that’s how Balzac liked it, since he woke up daily at 1 a.m. so he could jump straight into writing.

Albert Camus And The Zoo 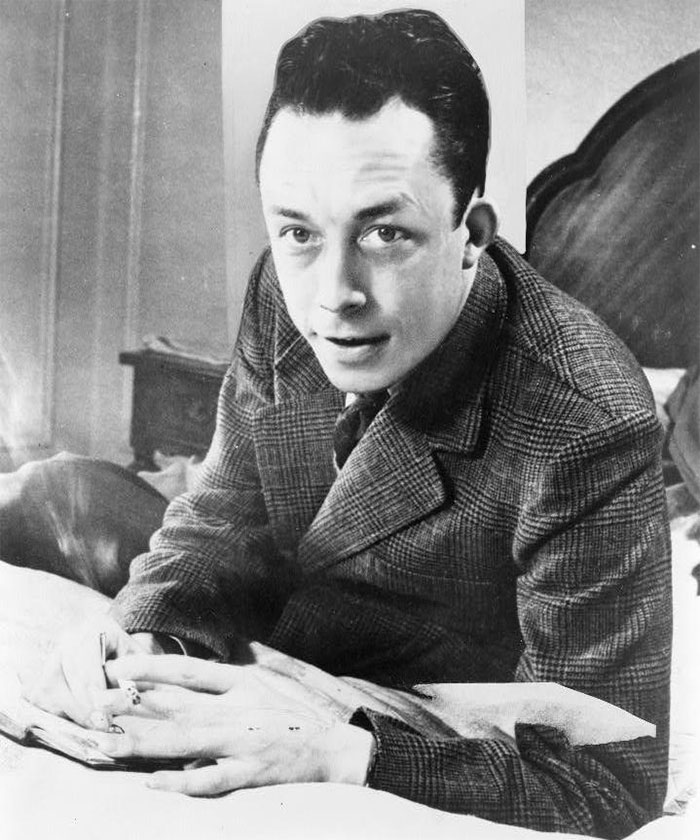 The embodiment of XXth Century French Glamour, Albert Camus was way more than an elegant intellectual who made smoking look cool and had a cat named Cigarette. He was a writer who won the Nobel prize, a philosopher, a political activist, a journalist, a passionate football lover and a… really, really big fan of animals. When he visited New York City, he made sure to check out the Central Park Zoo. Not once, not twice, but twenty times. 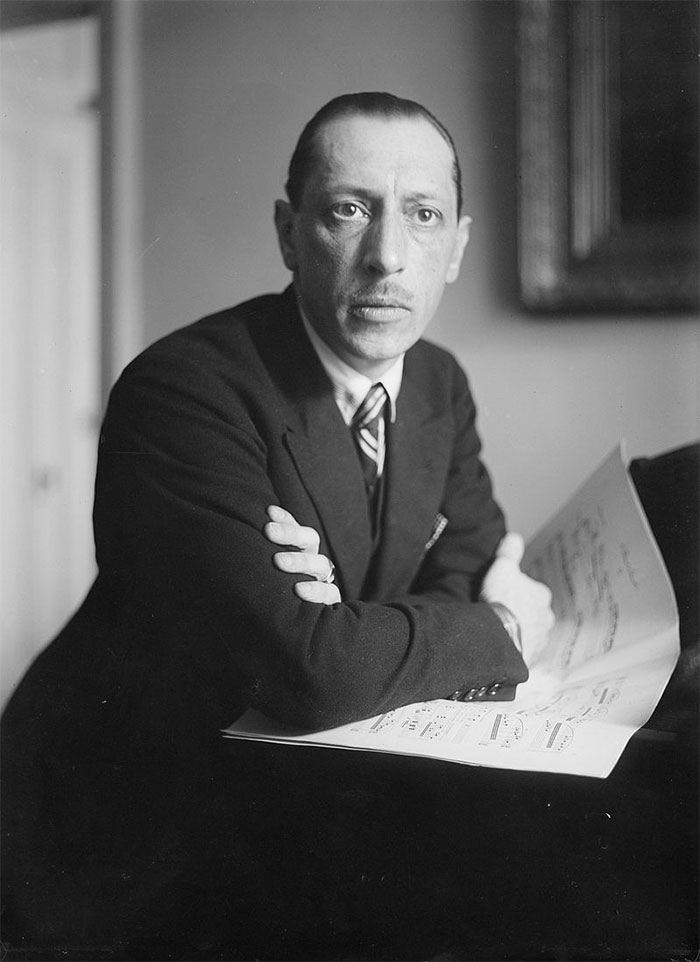 What happens when you take a glass of orange juice and flip it upside down? The juice spills out, of course. Igor Stravinsky, the boundary-bending Russian composer, applied the same technique to get his creative juices flowing. Each morning, he performed a headstand for 10-15 minutes, in order to clean his head and be ready to write down some soon-to-become modern classics.

Franz Schubert And His Glasses 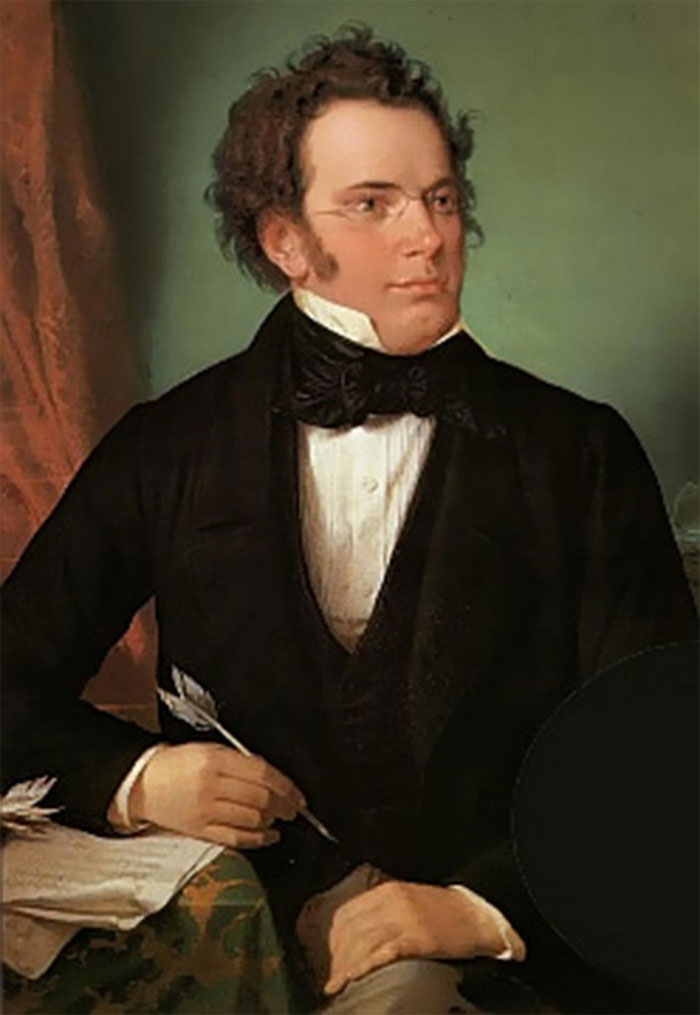 The elegant, sensitive Franz Schubert is mostly known because of the Ave Maria, that he famously composed. Yet, he had a problem – his sight was bad and he was required to wear glasses, which he dutifully did. Literally. All the time. He even slept with his glasses on. 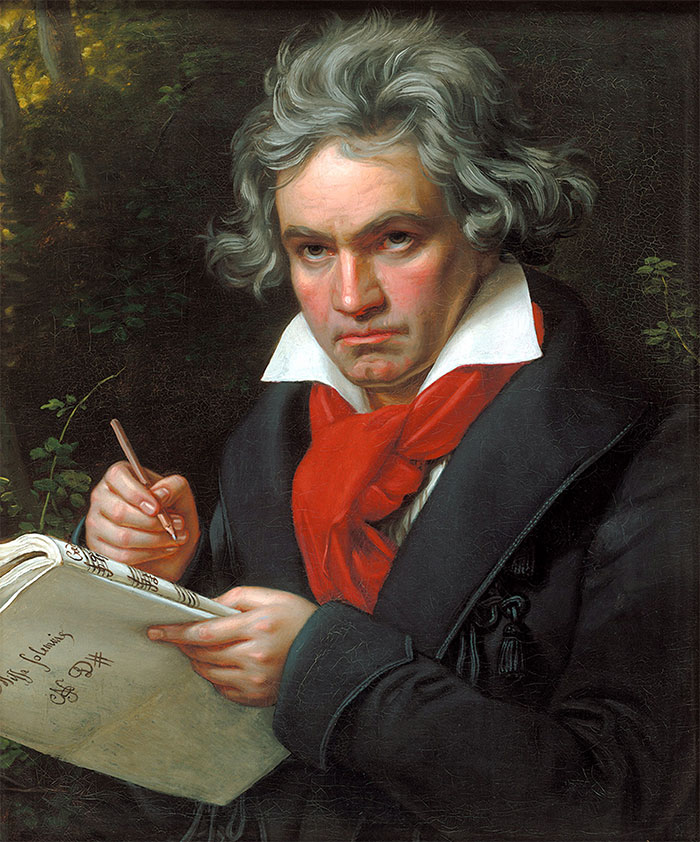 Ludwig van Beethoven did write the glorious “Symphony No. 9”, which is now the anthem of European Union, while being already deaf, but, of course, that’s just the tip of the iceberg of his input into musical history. Yet stellar results require astronomic discipline. Each morning Beethoven counted by hand 60 coffee beans from which he would make his perfect cup of coffee. Also, in order to restart his creative muscles after writing too much music, he would pour cold water on his head. 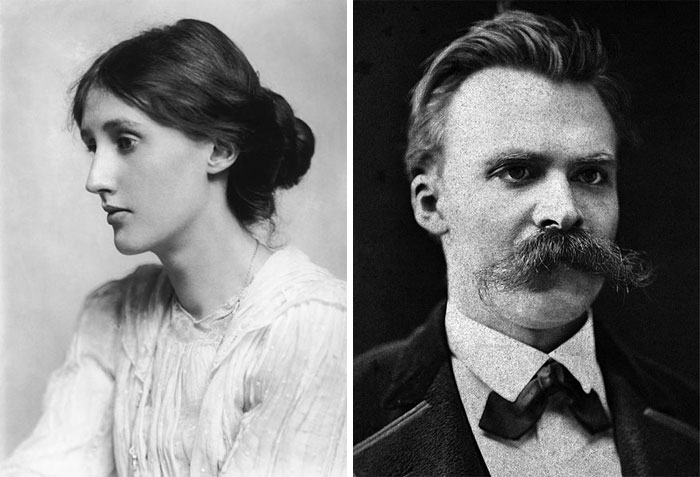 Even though these two figures don’t seem to have many things in common, the British modernist Virginia Woolf, together with the subversive German philosopher Friedrich Nietzsche could see themselves working in a modern office as long as they would be provided with a standing desk. They both wrote while standing up, considering it to be the only proper way to achieve something of meaning.

Georgia O’keeffe And Her Car 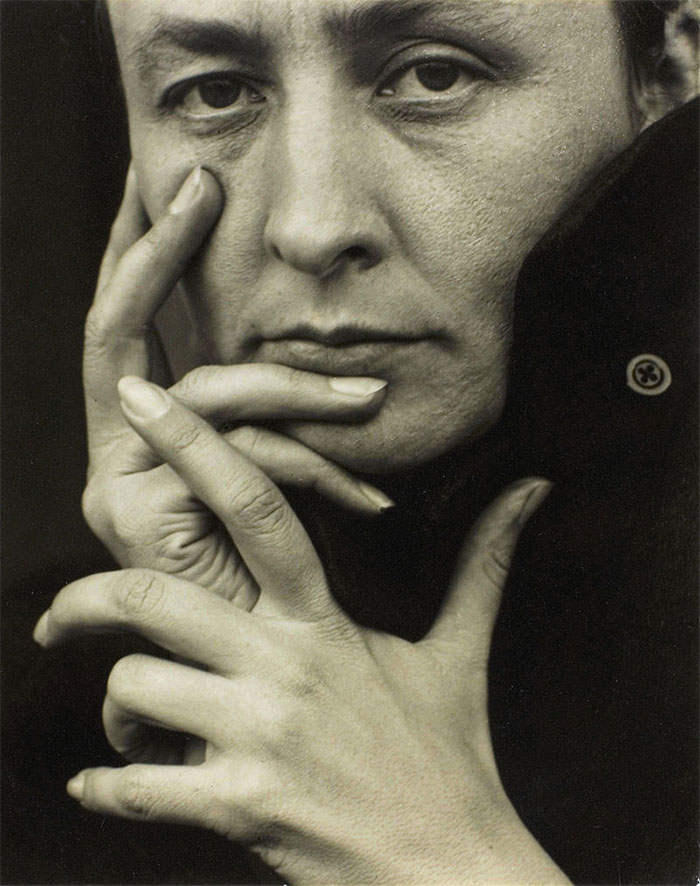 ‘The Mother of American Modernism’, Georgia O’Keeffe was an artist with special needs. In order for her to be productive and be able to paint whatever she wanted without being disturbed by outsiders, she had to work in her studio. And this studio was a mobile one. Oh, and she could travel around in this studio because it was the backseat of a Model-A Ford. Yes, Georgia O’Keeffe used to paint in her car.

Frida Kahlo And Her Pets 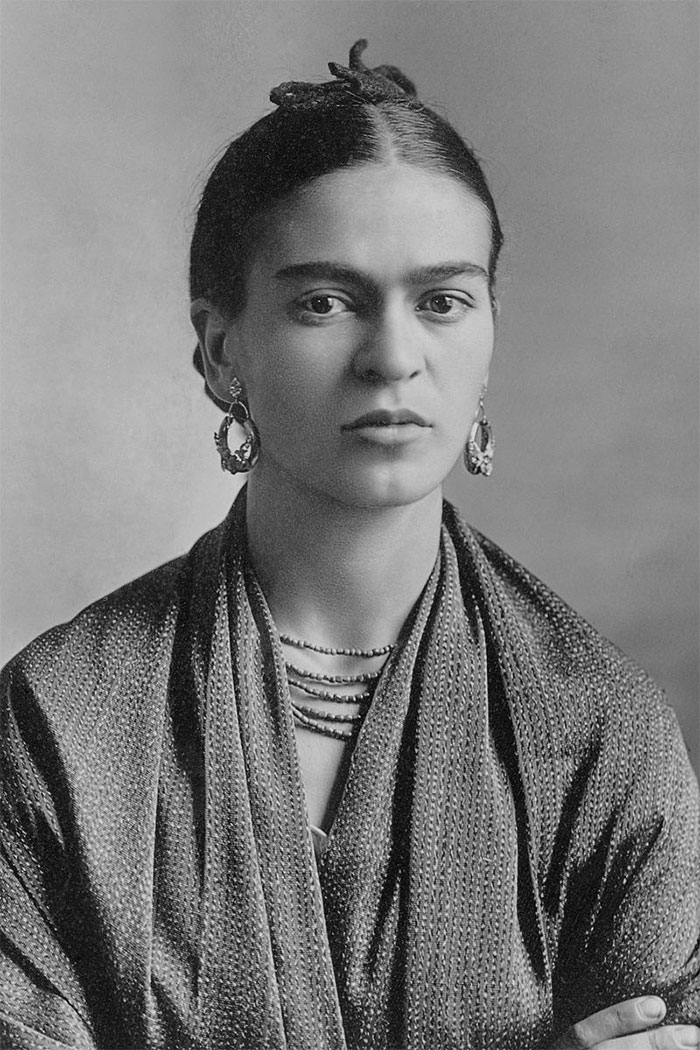 The eccentric Mexican artist Frida Kahlo suffered from very poor health all her life, but from the way she lived, it’s sure that she was no ordinary mortal. What made her special, was her love for animals. She had many pets and most of them seemed like they belong either in the jungle, or one of her surrealistic paintings. She kept dogs, monkeys, parrots, hens and sparrows. She even had a fawn called Granizo and an eagle with a slightly different name – Gertrudis Caca Blanca. Which translates to Gertrude White Sh… Yeah, you know how it ends.

Kurt Cobain And His Hair 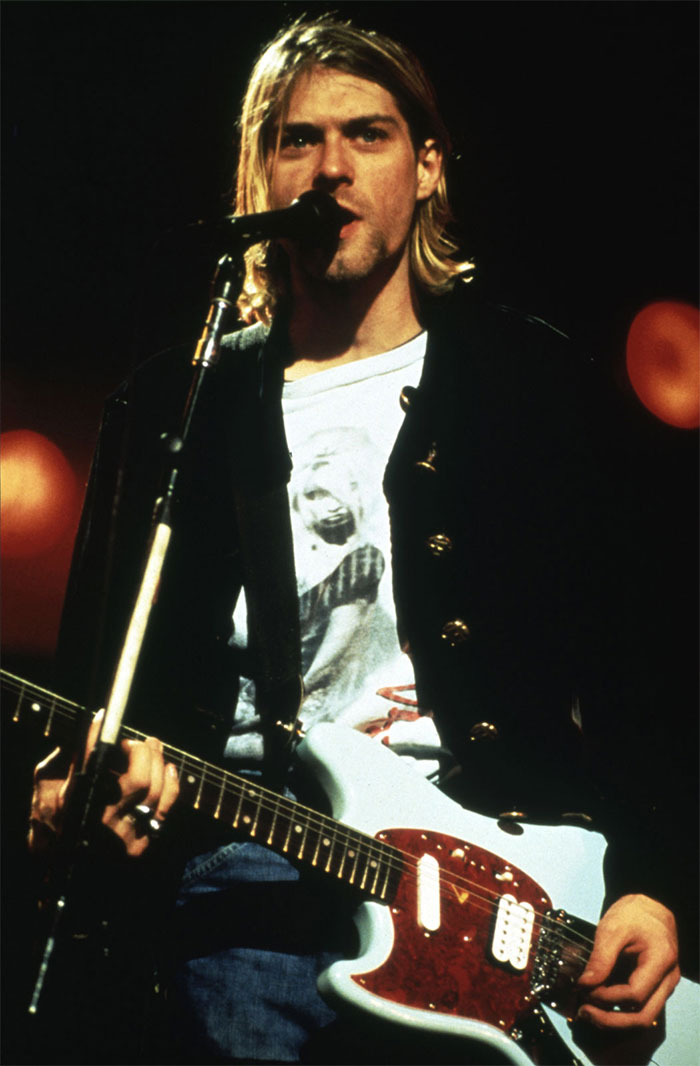 The frontman of Nirvana surely smells like teen spirit. And teen spirit smells like Kool-Aid. At least it did for a while, when Kurt dyed his hair red. Because, yes, he dyed it with Kool-Aid. But to avoid any damage to his angelic hair, Kurt did not avoid hair-maintenance procedures and made sure he would wash his hair from time to time. Not with a shampoo. With a soap bar.

Glenn Gould And His Hypochondria 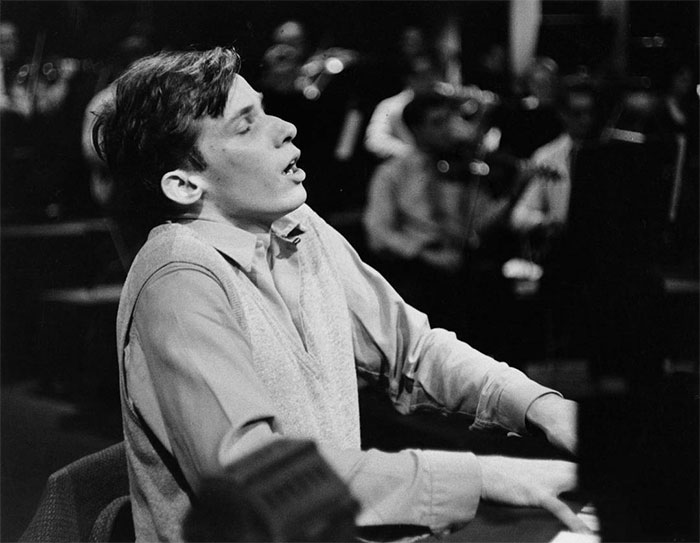 A big name in the world of classical music, the Canadian pianist Glenn Gould was famous not only for his virtuosic skills and unique playing style. He also was a very odd character with many the eccentricities of a hyper hypochondriac. He always wore an overcoat and gloves in all temperatures because of his fears of catching germs and getting sick. And when performance time arrived, he would always bring his own chair with him, no matter where the concert took place. It always had to be his own, magical chair.

Andy Warhol And His Wigs 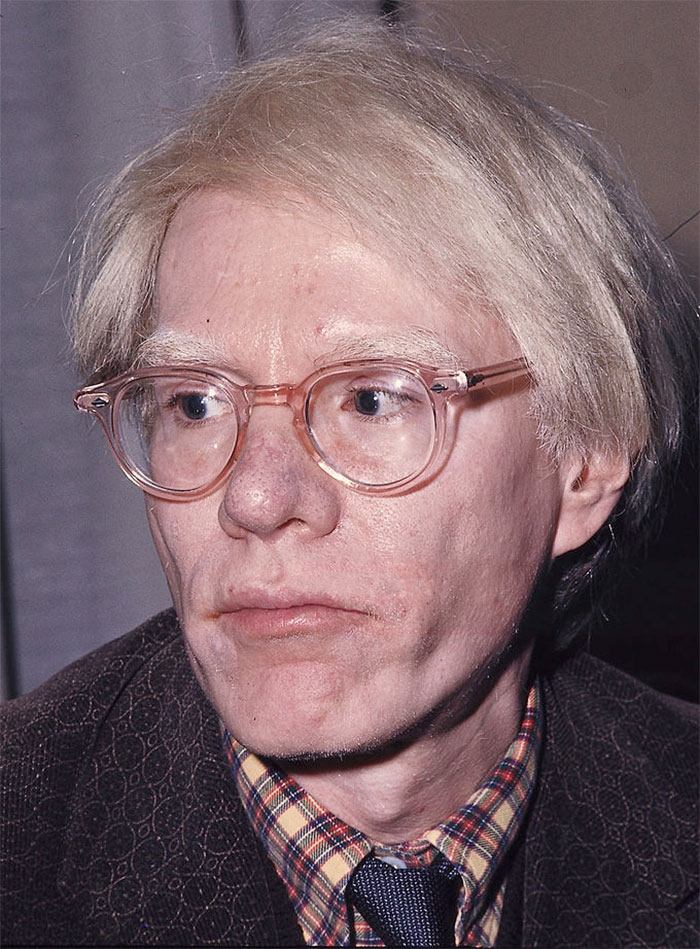 Andy Warhol, the face of pop art, is easy to distinguish from a crowd. Because he indeed was a dandy and took great care of his looks, and most importantly, his iconic hairdo. Which was, actually… A wig. Speaking of hair and unusual habits, Warhol really connected both of these elements, by having the unusual habit of collecting wigs. Eventually, he hoarded a collection of 40 wigs.

Pablo Picasso And His Revolver 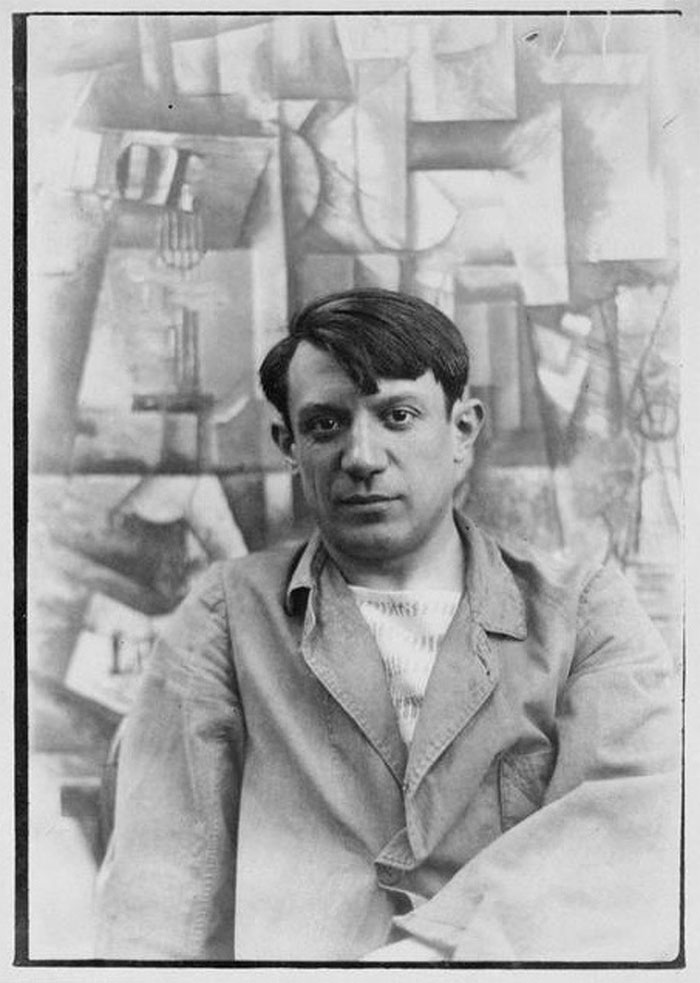 First of all, not many people know that Pablo Picasso is just the short version of his full name, which is, actually Pablo Diego José Francisco de Paula Juan Nepomuceno María de los Remedios Cipriano de la Santísima Trinidad Ruiz y Picasso. For real. But he became famous for being an unstoppable force wherever he went. He changed art forever, he was not discouraged by critics and he even was not scared when facing the Gestapo, the secret Nazi police. Yet he was unmovable in his daily life as well, because wherever he went, he carried a revolver, so that not many would dare to mess with this hot-tempered Spanish legend.