When Amazon Only Delivers Half Of Your Kayak 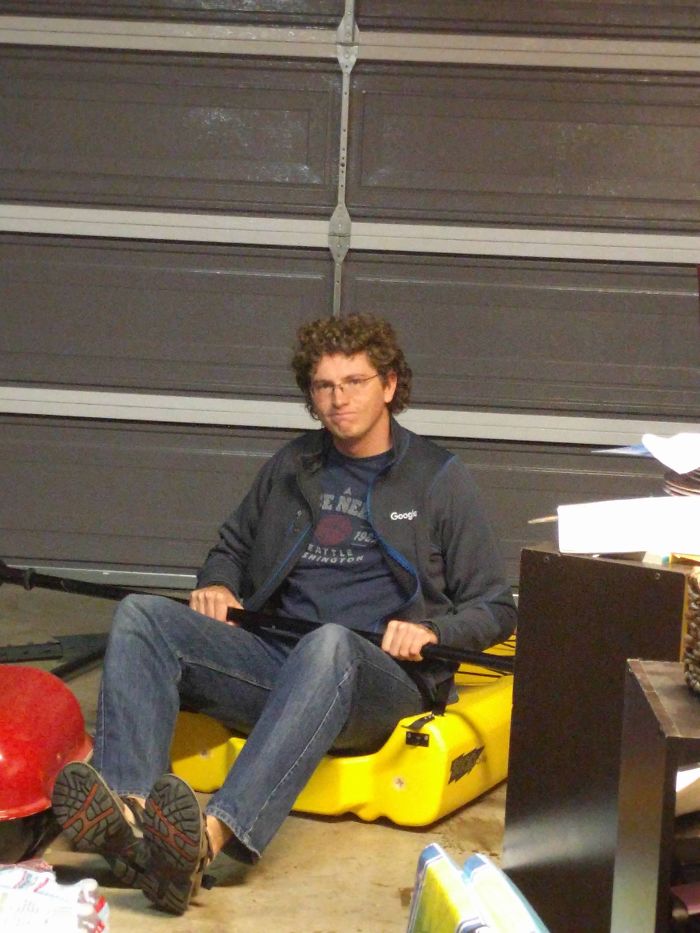 He was ready for some raging waters, but it looks like the delivery process already did some damage…

Apparently, each half shipped from different states. So maybe he’ll get to enjoy his kayak eventually…

Wife Thought The Skillet Would Be A Little Bigger 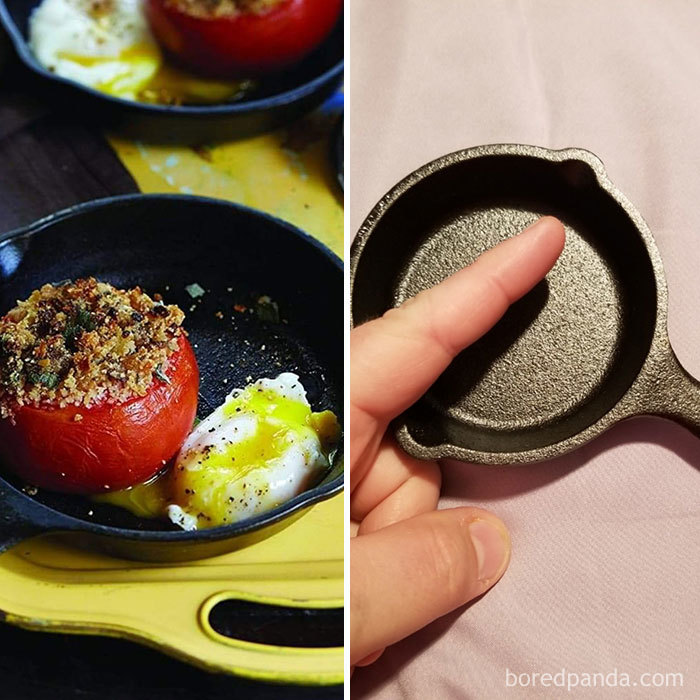 This guy’s wife thought she got a great ‘lightning’ deal for a skillet on Amazon paying just $5. After arrival, though, they discovered this was a pan only suitable for a Barbie.

And what is in that pic, a cherry tomato and a lizard egg? Cooking dinner in this tiny skillet is certainly one way to keep the calories down! 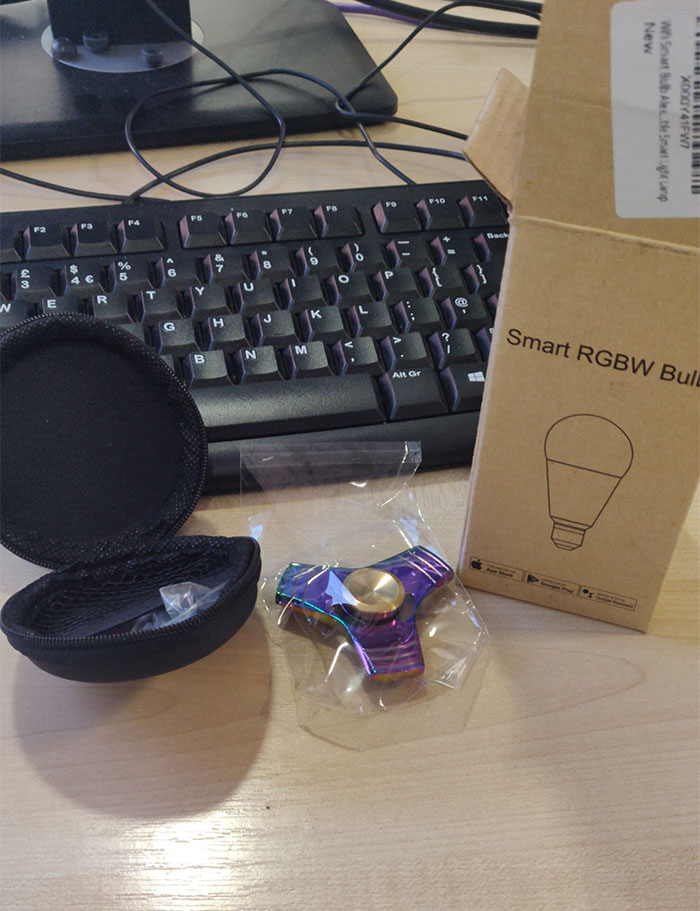 The review he left on Amazon was spot on:

“I ordered this item on a cold Sunday night, and was pleasantly surprised on Monday morning when a package arrived with my name on it. I eagerly opened my Amazon package, giddy with the promise of 120 colours to brighten up my bedroom, and when I found a light bulb sized box emblazoned with the words “Smart RGBW Bulb” I was delighted, all was going to plan.

However, my hopes of multi-coloured illumination came crashing down, I was shocked. I felt as if the 265 volts that were meant to be running through my smart light bulb were running through me. To my dismay, and with a growing feeling of confusion, I realized I was not the proud owner of a WIFI Smart Bulb, I was instead the bewildered owner of a chrome fidget spinner, fidget spinner case, and a small screwdriver (despite there seeming to be no screw head on the spinner).

Now, with my tail between my legs, and Hermes en route to collect my fidget spinner, I am forced to endure additional nights of bland, colourless light.

I’m summary, order a different light bulb. Unless you want a fidget spinner, then this is the light bulb for you.” 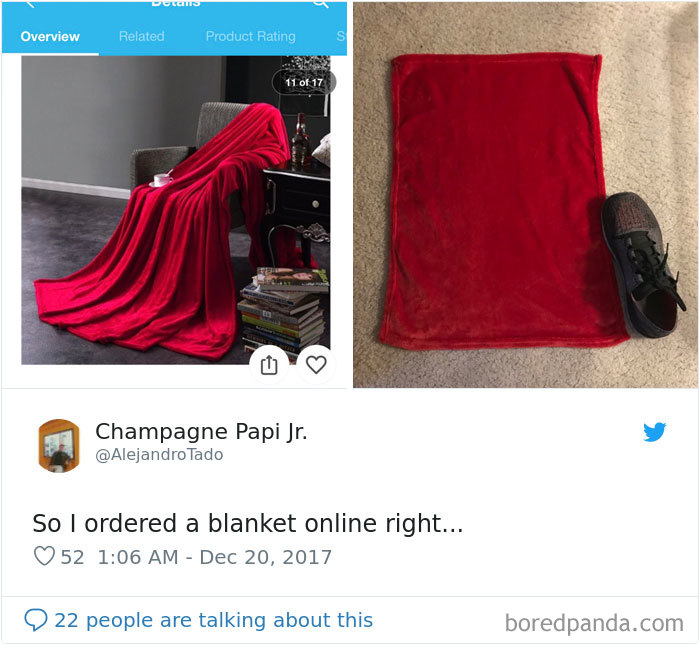 When you’re ordering from Wish ironically you don’t always get what you wished for.

This guy saw the perfect blanket that looked both luxurious and comfy, and got a napkin instead. Hopefully he has a dog or a cat or maybe a hamster that this could be useful for! 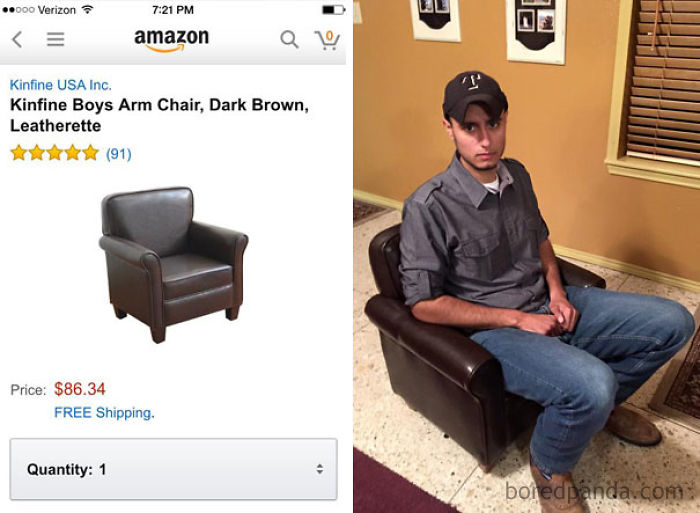