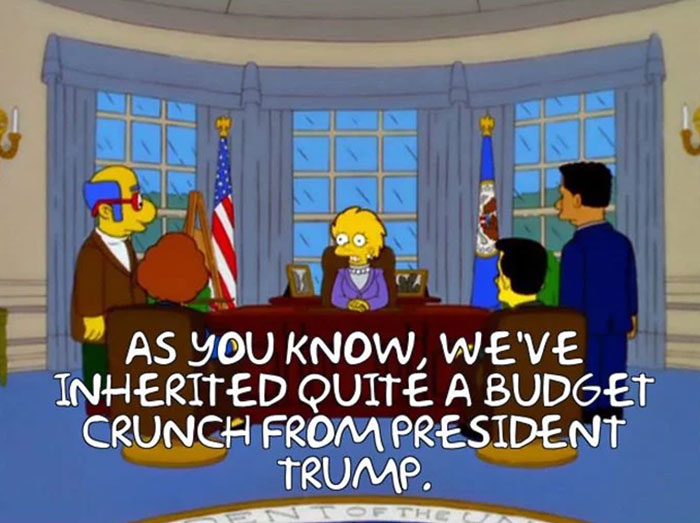 The Simpsons predicted Donald Trump running for and eventually becoming the president of the United States all the way back in 2016. The truth of Lisa’s words about the debt, however, remains to be seen. 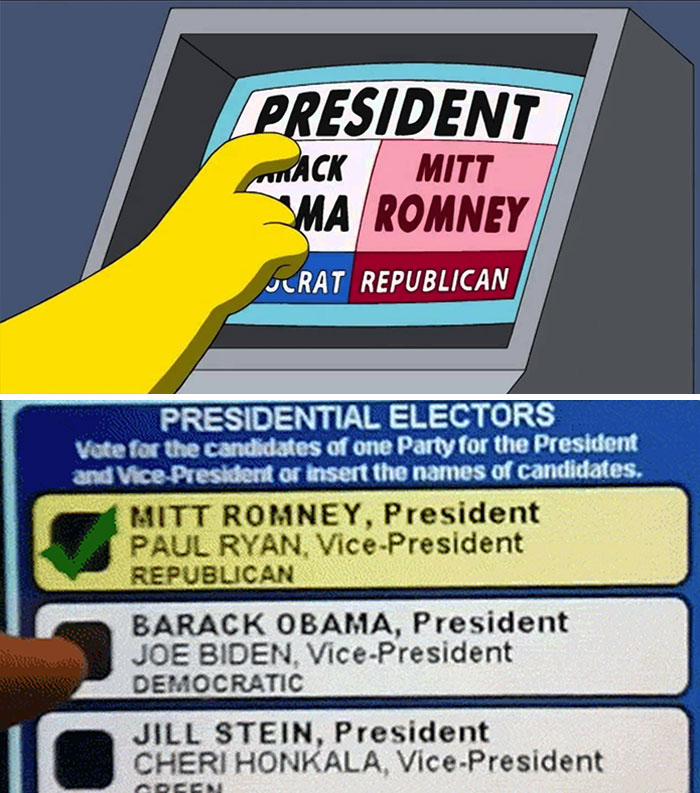 In one 2008 episode of The Simpsons, Homer was shown voting for Obama in the elections only for his vote to go to Mitt Romney. The same thing happened in real life 4 years later when a malfunctioning voting machine in Pennsylvania caused all voters’ votes to go to Mitt Romney.

#3 The Prediction Of Higgs Boson Or “God Particle” 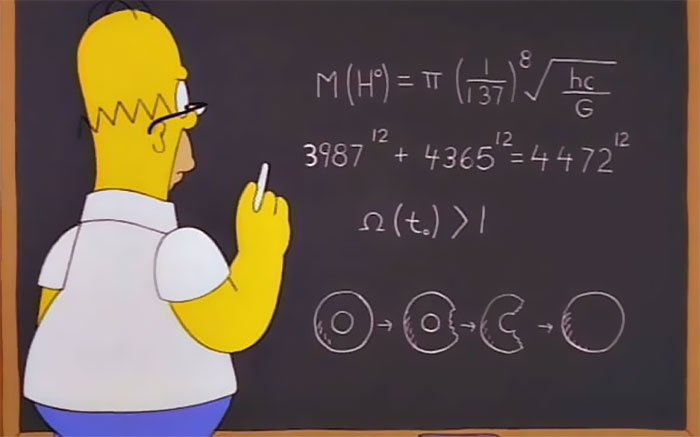 In 2012, physicists confirmed that the Higgs Boson, also called the “God particle”, exists and its discovery helped explain how objects have mass. If you think this discovery is impressive, the fact that The Simpsons predicted it 14 years before should surprise you even more. In one episode, Homer was shown in front of a blackboard, writing an equation. That equation predicted the mass of the particle years before it was discovered.

The three-eyed fish, native to Springfield’s polluted waters, was actually found near a nuclear power plant in Argentina. 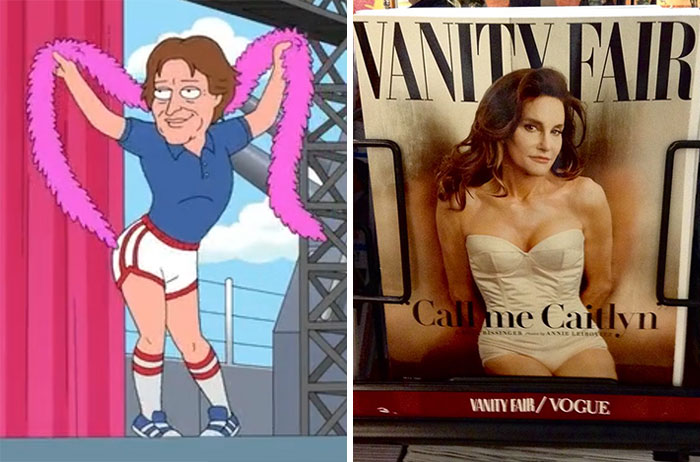 In one of the episodes of Family Guy, Stewie described Bruce Jenner as a “beautiful Dutch woman” and in another Bruce was shown dancing for men in the Navy. Even though the creators of the show did not comment on why they choose to portray Bruce the way he did, they predicted his transition to Caitlyn years before.

The Simpsons showed Siegfried & Roy being mauled by one of their tigers back in 1993 and, sadly, this prediction came true in 2003 when Roy was mauled by a tiger named Mantacore. 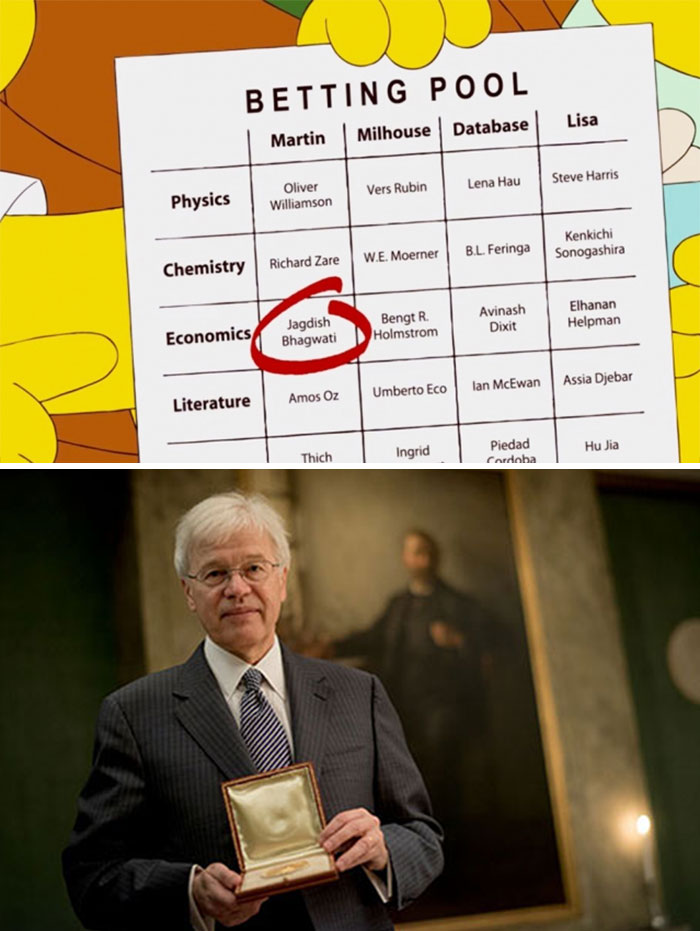 The Simpsons even guessed the winner of the Nobel Prize – in one episode Milhouse bet on  MIT professor Bengt Holmström winning and six years later he did! 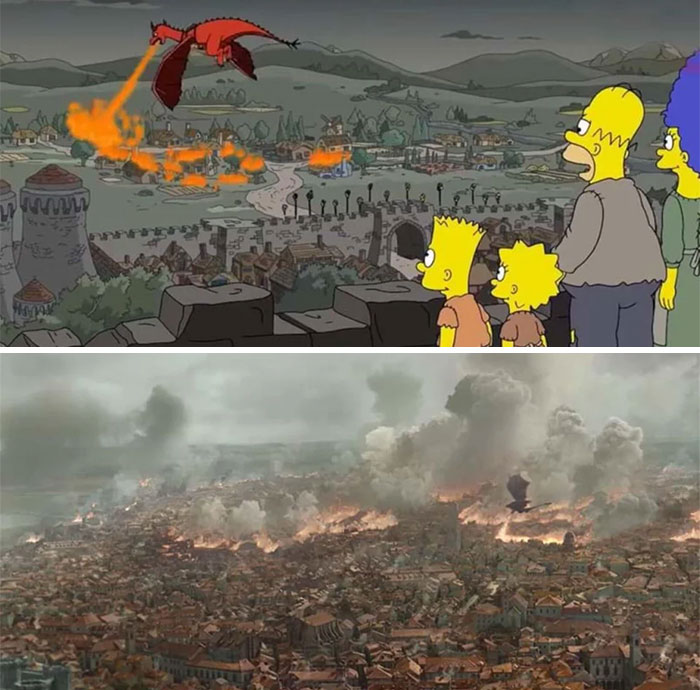 The Simpsons predicted the dramatic plot twist of Game of Thrones’ season 8 years before it actually happened. 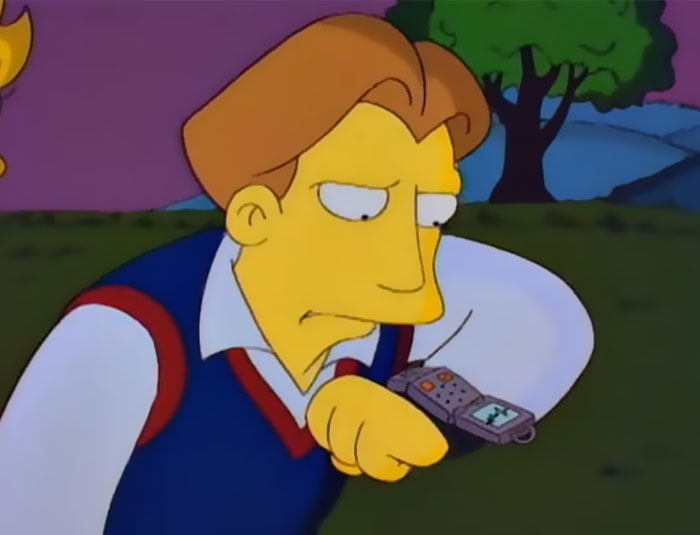 The Simpsons showed characters wearing primitive smart watched all the way back in 1995, 20 years before the Apple watch was released. 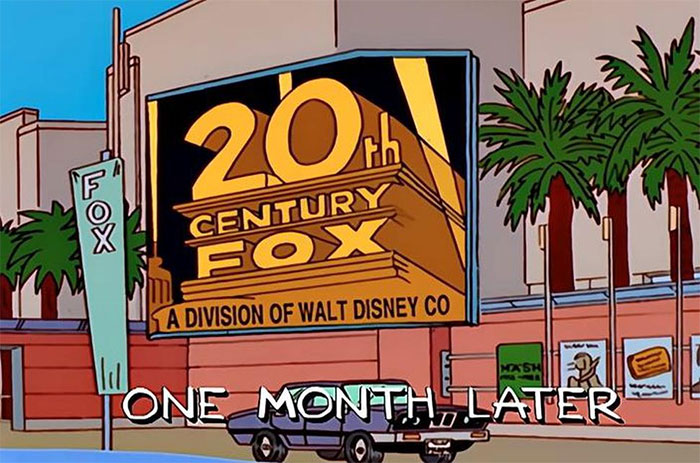