The renderings were created for Budget Direct by designers Keremcan Kirilmaz and Erdem Batirbek after hours of in-depth research. The authors say their aim was to inspire people to rediscover the long-forgotten wonders of the ancient world. “We aim to spark the curiosity of frequent travelers and Internet users alike, showcasing areas of the world that perhaps they’ve not read about before and have considered visiting,” say the creators. “Our focus was to bring these relics to life so that readers could get a better feel of what they really looked like in their prime. The result is seven animated beautiful reconstructions that bring these unique structures to life before your very eyes!” 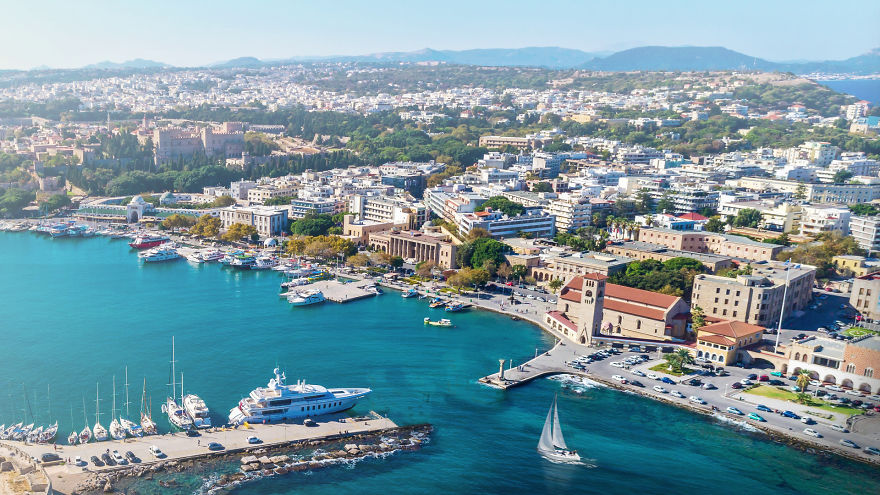 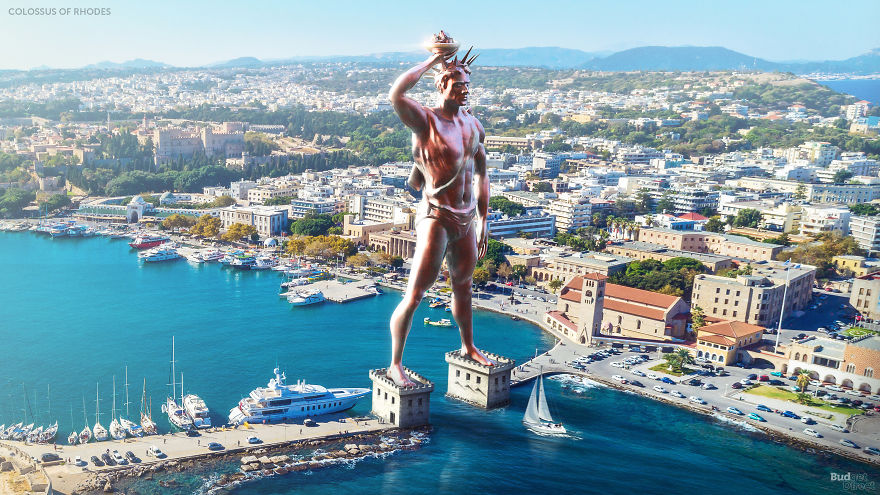 A giant 108ft tall statue of the Greek sun god Helios, known as the Colossus of Rhodes, was built over the Mandraki Harbour in Rhodes in around 280 BC. It used to rest on 49ft tall marble pedestals and was created to mark the victory over Demetrius Poliorcetes’ long siege of Rhodes. It took 12 years to build this majestic sculpture but, sadly, 56 years after it was built, it was partially destroyed by an earthquake and was eventually melted down. 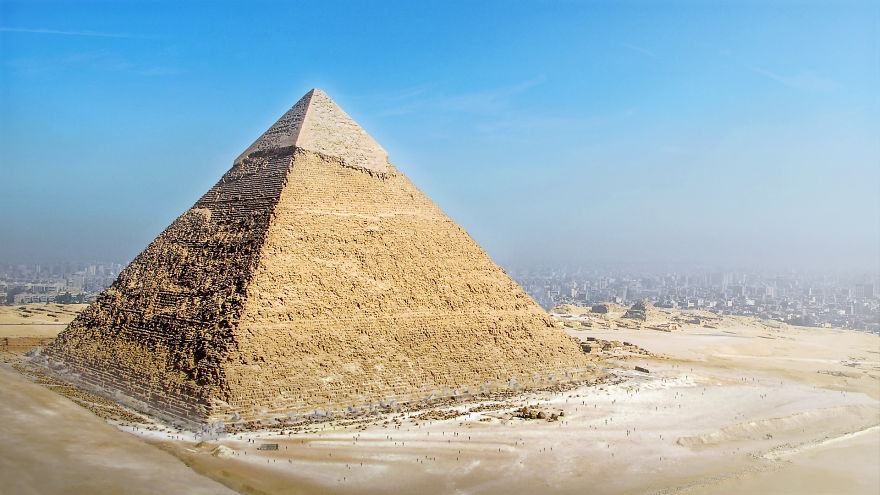 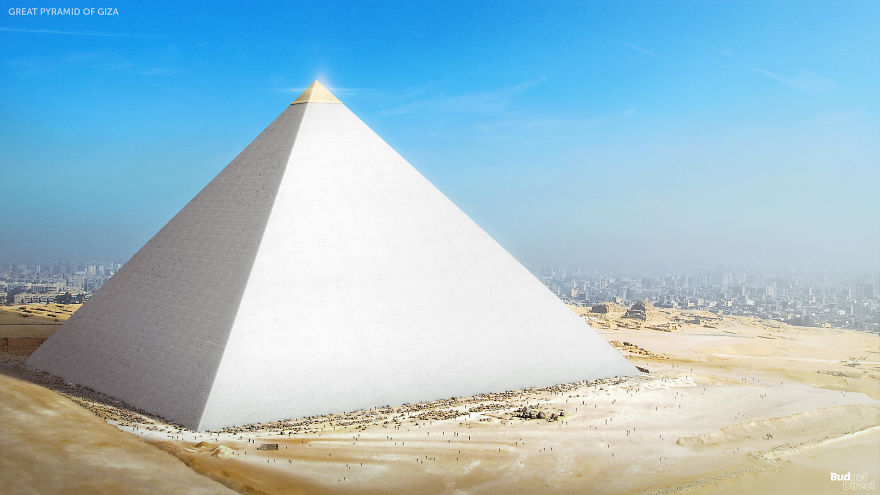 The Great Pyramid of Giza, that remained the world’s tallest building until the 19th century, used to look much different than how we remember it today. The 481ft-tall structure was built back in 2560 BCE by about 100,000 skilled workers who lived in a temporary city built nearby. It took 2.3 million stone blocks weighing between 2.5 to 15 tons to create this magnificent structure. 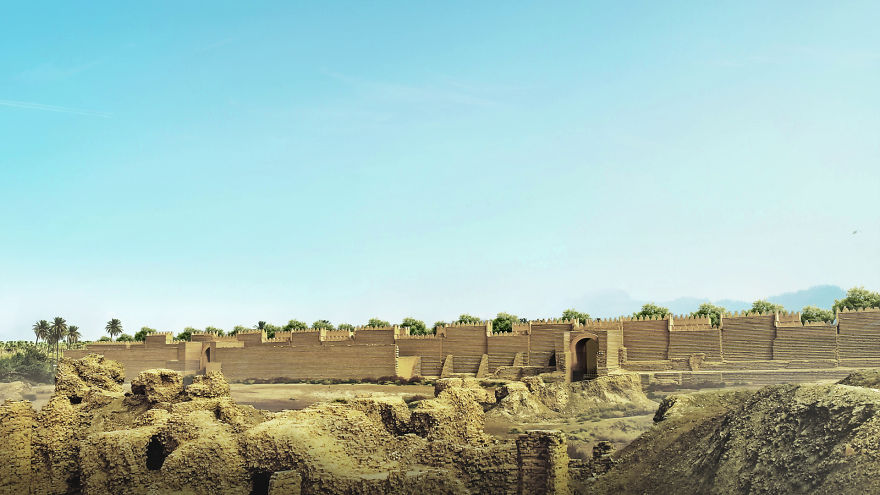 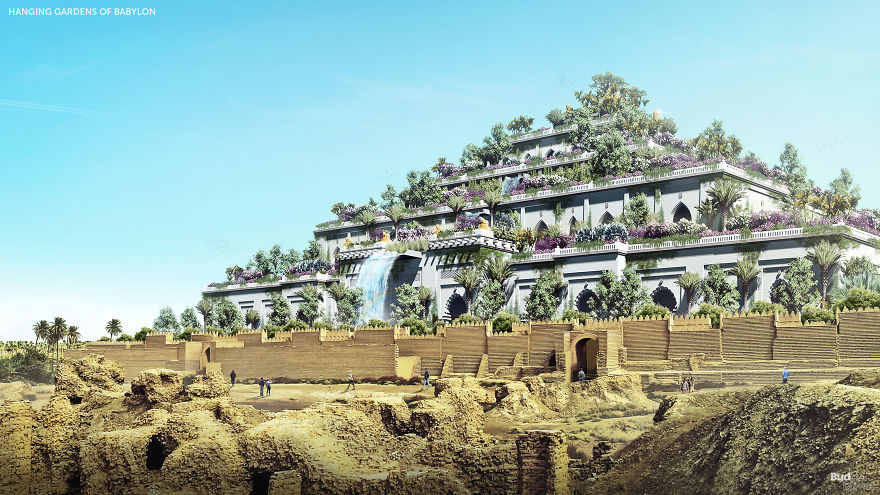 The Hanging Gardens of Babylon are another structure that did not stand the test of time. In fact, some archeologists and historians speculate whether the structure even existed at all. If it did exist, it would have been an incredibly complex piece of engineering, complete with man-made waterfalls. It is said to have been built as a gift from Babylonian King Nebuchadnezzar to his wife, Amytis. 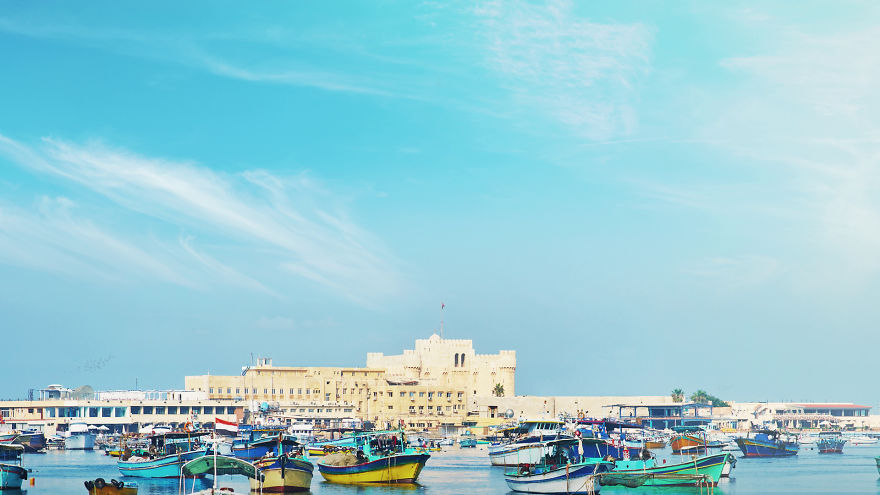 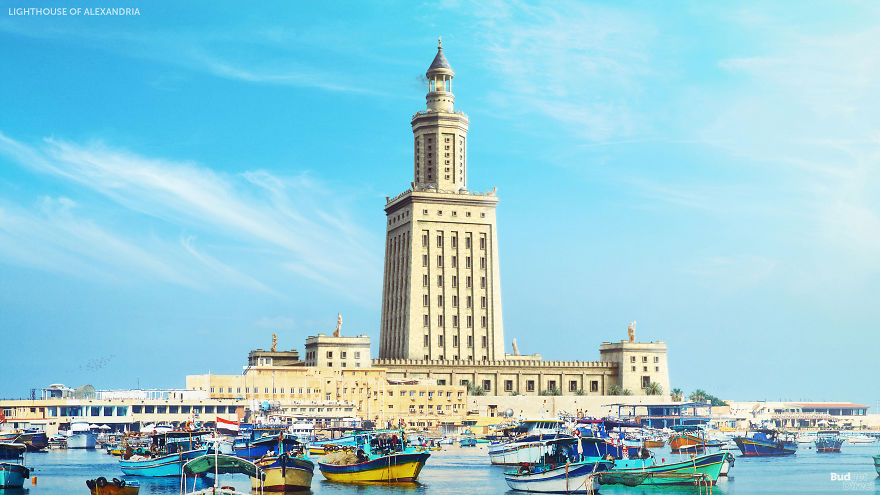 The 330ft tall Lighthouse of Alexandria was built between 300 and 280 BCE by Sostratus of Cnidus and was commissioned by Ptolemy I. Historians say it might have been the first lighthouse in the world. Much like the Colossus of Rhodes, part of the lighthouse was destroyed by an earthquake sometime between the 12th and late 15th century and was eventually transformed into a medieval fortress by Mamlūk sultan Qāʾit Bāy. 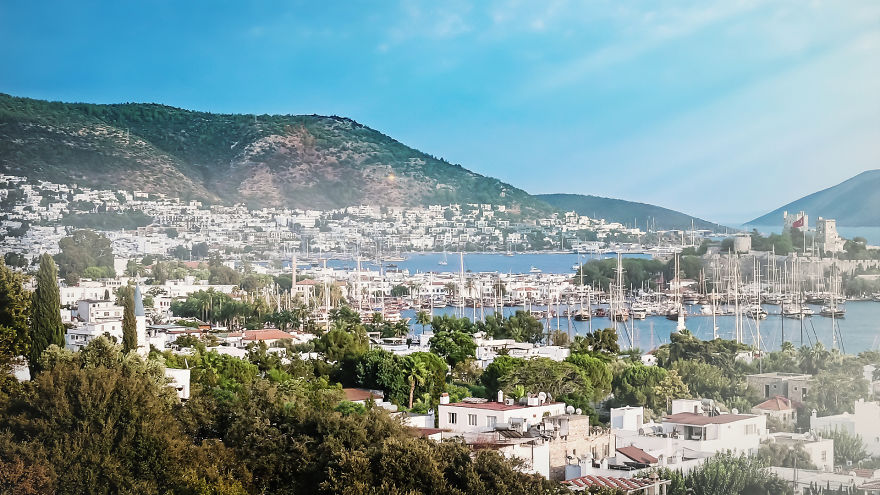 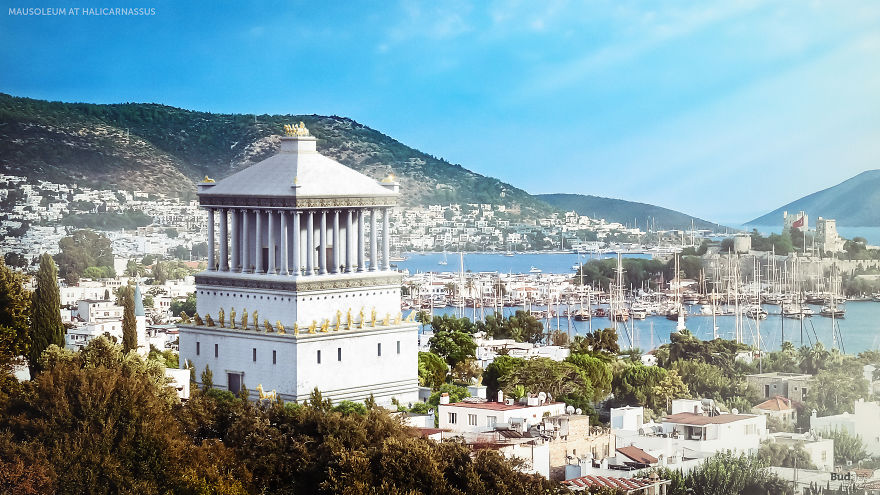 The Mausoleum of Halicarnassus was a majestic tomb built for Mausolus, the king of Caria – the king’s name even became a name for describing a large funeral monument! The 148ft-tall white marble structure was built around 350 BCE in present-day Bodrum, Turkey. The building was eventually destroyed by earthquakes in the 13th century. 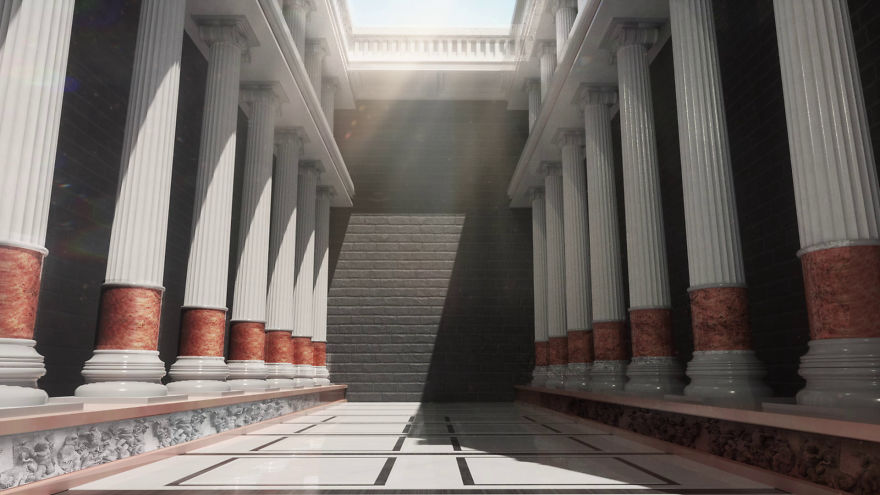 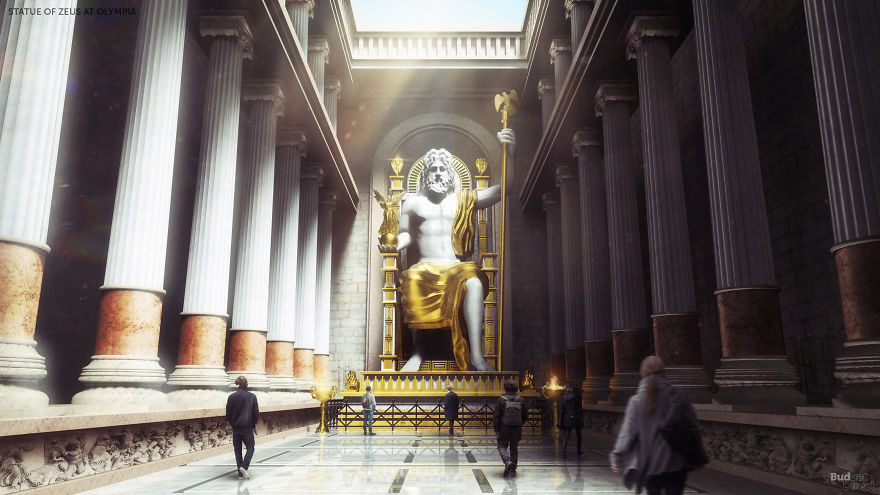 The incredible Statue of Zeus stood at 43ft tall and was constructed of gold, ebony, ivory, wood and precious stones. Sadly, the statue was partially destroyed by a fire in 425 AD and all of the precious materials were stolen.

Temple of Artemis at Ephesus 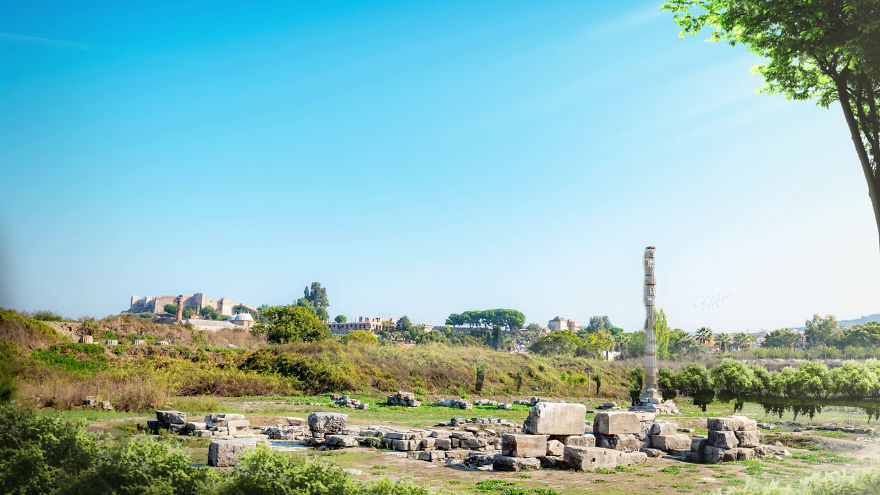 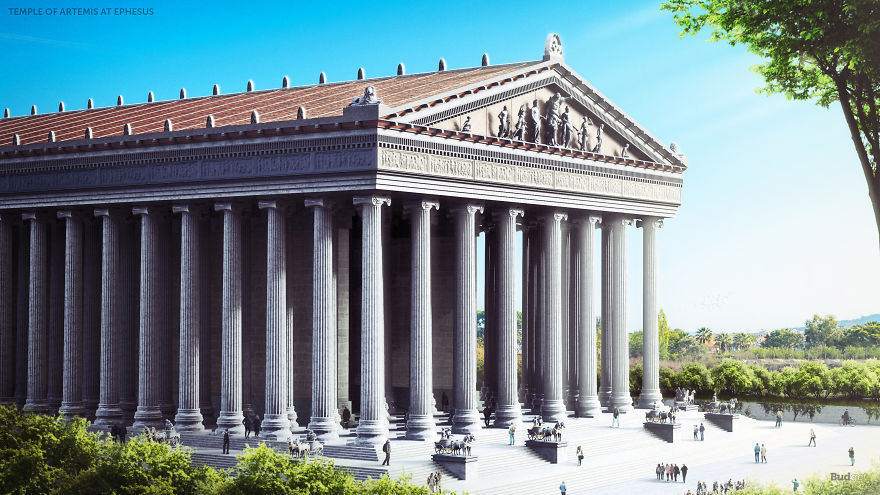 The Temple of Artemis, built as a tribute to the Greek goddess of chastity, hunting, wild animals, forests, and fertility of the same name, suffered a pretty sad fate: it was built and destroyed by a fire three times and all that is left of it now is a lone pillar.