Thanks to the Internet, now most people know that there are a ton of strange and wonderful creatures that can be found in Australia. Many of them are extremely dangerous and some are just the cutest things you could ever imagine.

But what washed up on shore recently has got people talking. Meet the Glaucus atlanticus, a blue sea slug that a beach goer found on the Gold coast of Australia.

The Glaucus atlanticus is native to Australian waters. Despite what its name might suggest, it only lives in the Pacific and Indian Oceans. 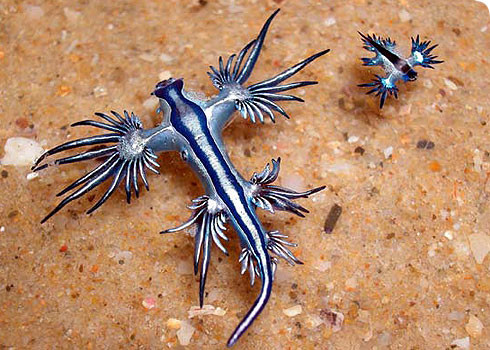 They have some pretty strong stingers on their bodies, so the humans handling the “blue angel” could have gotten a pretty nasty sting if they weren’t careful. 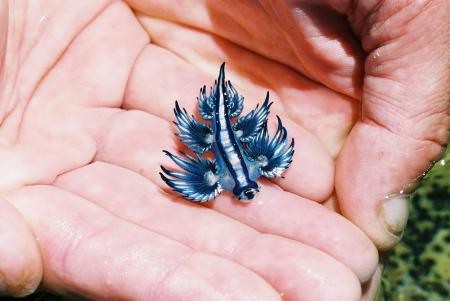 Not only are these little shell-less mollusks gorgeous, but they’re tough. They eat Portuguese Man o’ Wars, an organism with an extremely strong toxin and sting. 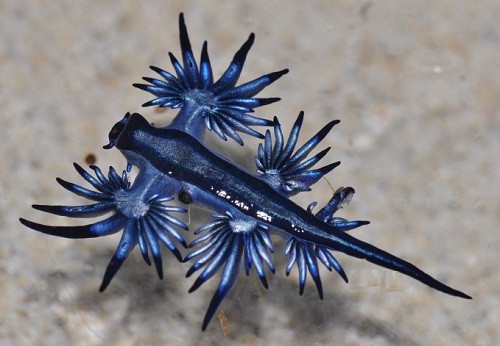 G. atlanticus eats Man O’ War tentacles and then stores the stinging cells from those tentacles. As a result, the G. atlanticus develops a really strong sting, too.