The more well-adjusted people of the world may not be familiar with the twisted terror that was Ed Gein. Gein is infamous not so much for the two murders he committed, but for his prolific grave robbing. He dismembered multiple human remains and made disturbing human taxidermy creations.

When police finally arrested Gein in 1957, they found a macabre collection of household items made from human flesh, including several human skin suits. Most of the items in Gein’s house were lost, sold, or destroyed by police.

However, in late February, a rare artifact from Gein’s house of horrors came up for auction in his home state of Wisconsin.

The item in question is a cast iron cauldron (pictured below). It’s said to have been in Gein’s shed when police were cleaning out his house. 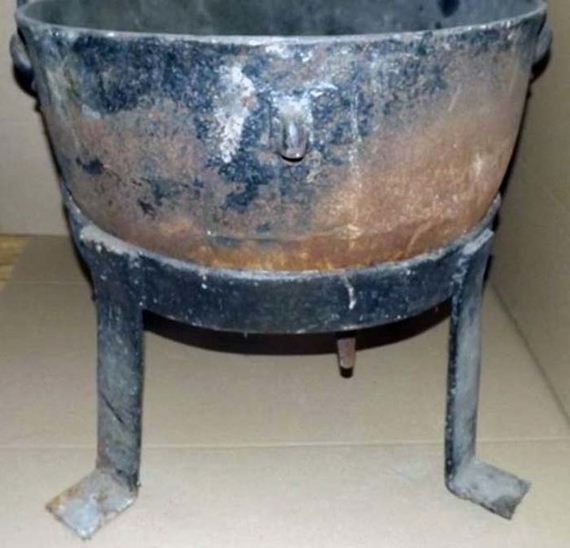 The story is that the neighbors took a shift of removing bodies from Gein’s house. Apparently, the crime scene police needed a break after photographing the horrors inside. When they entered the shed they found the cauldron. 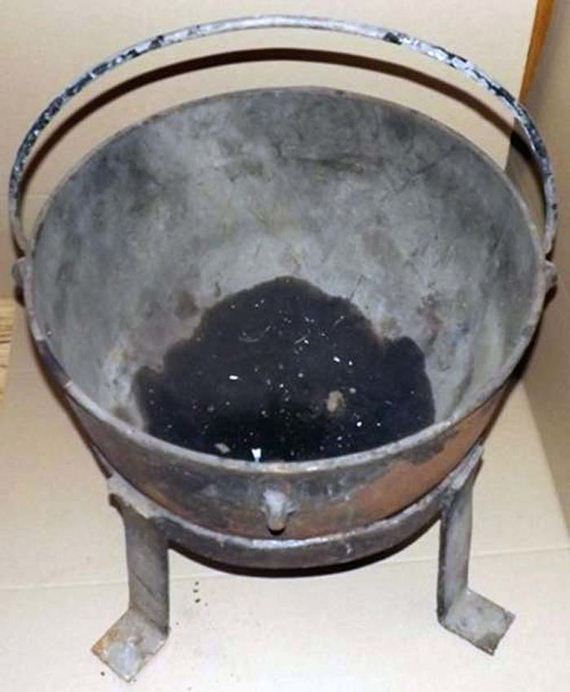 Allegedly, the cauldron was crusted with blood and dried remains when they found it. However, it paled in comparison to what else was in the shed. Supposedly, it was sitting beside several tubs and barrels filled with rotting human entrails.

After Gein’s trial and sentencing, the remaining items in his house were sold at an estate sale. Included in that estate sale was the cauldron. 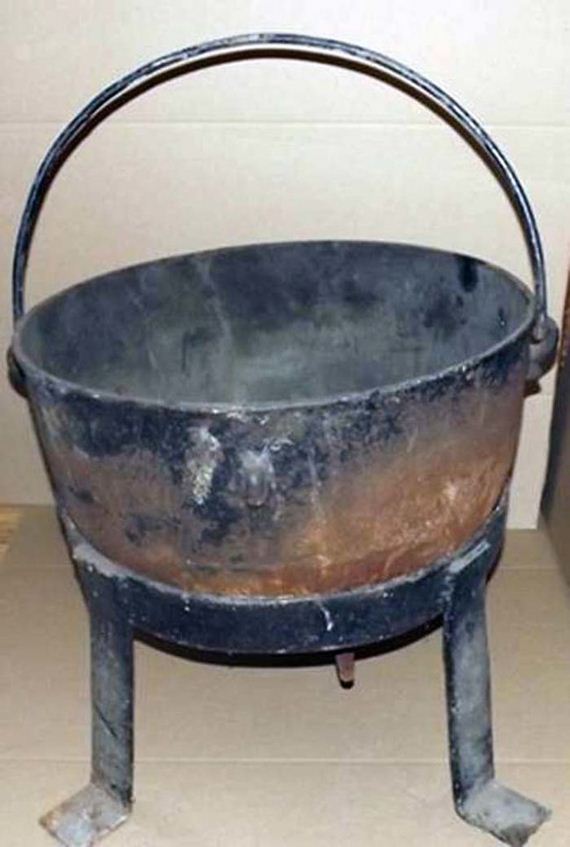 A local woman purchased the cauldron, painted it, and for years used it as a flowerpot in memory of Gein’s victims.