In less than two weeks two Taiwanese gamers have made it into the worldwide headlines for their blind dedication to their hobby and for not paying attention to their bodies’ physical needs. On the 1st of January this year a 38 year old gamer died in one Internet café located in New Taipei City, Taiwan, after spending 5 days playing non-stop at the café. 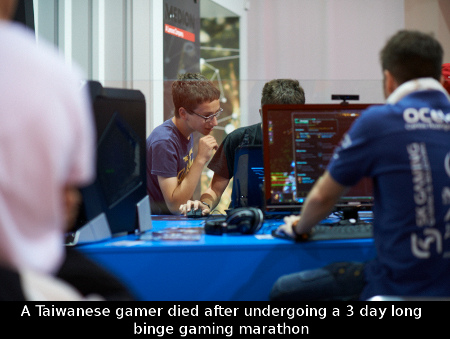 On the 6th of January another Taiwanese gamer, known only as Hsieh, went to another Internet café and was found dead in front of a computer a couple of days later. The 32 year old Hsieh was a regular client and he would often stay in the café for days, taking breaks only when he needed to sleep. According to official reports, he often fell asleep in his chair, so when he had a heart attack on the 8th of January the staff didn’t realize he had died for several hours. When they finally noticed that the man had passed away, they immediately called his family. His relatives told the police that the man would often disappear for days since he was unemployed.
The sad thing is that the reports claim that other gamers weren’t even bothered by the sad cases and continued their own gaming spree as if nothing had happened.