Home » Another Earthquake May Hit Japan, According To 160 Mysteriously Beached Whales

Recently, 160 whales beached themselves in the same area. Is this a warning from the whales? Do they know something that we don’t?
On April 9th of this year, 160 whales washed up on a 2.5 mile stretch of beach in Hokotashi City, Ibaraki Prefecture. Although some were saved, many were found dead on the scene by the time rescuers arrived. 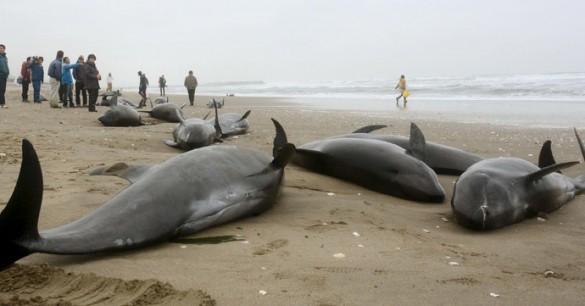 Alarmingly, they were found in the same area where the 50 beached whales were found in 2011 before the earthquake hit. Its epicenter was just 62 miles away. 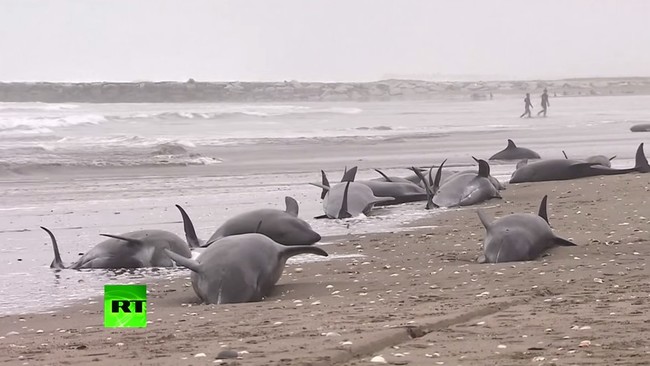 Dr. Arunachalam Kumar believes that, “mass suicides of whales and dolphins that occur sporadically all over the world are in some way related to disturbances in electromagnetic field coordinates, and possible realignments of geotectonic plates thereof.” 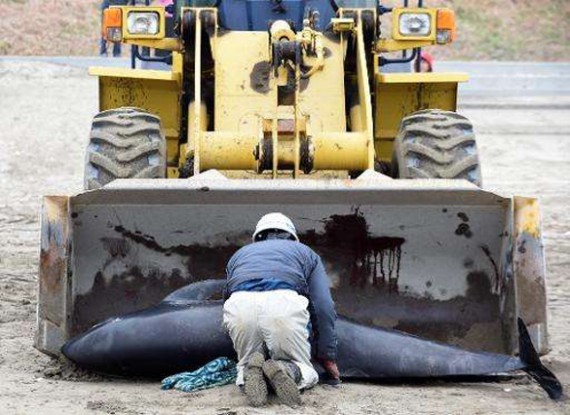 Here’s footage of the cleanup crew investigating the scene.

This wouldn’t be the first time whales predicted geological phenomena swelling below the surface. In February of 2011, 100 pilot whales beached themselves in New Zealand. Two days later, Stewart Island was hit with an earthquake that killed 185 people. And before the infamous 2004 Boxing Day Earthquake, by which 230,000 people were killed, 170 whales beached themselves in both New Zealand and Australia.

So is this all just a coincidence, or should we heed the warning of the whales?