As long as you’re always being careful and following the rules of the road, driving is generally a pretty dull, everyday task. You commute to work, you come home, and then you get to do it all over again the next day.

It’s often boring, sure, but that’s probably for the best. If driving was more eventful, that would probably mean it’s a lot more stressful—and dangerous!

In Japan, however, drivers do things a little differently—at least in Honshu’s Chugoku region. When you see what some commuters have to go through every day, you might just notice your palms starting to sweat…

The Eshima Ohashi bridge is nearly one mile long and connects the cities of Matsue and Sakaiminato in Japan’s Chugoku region of Honshu. At first glance, it looks like any other major bridge that you may have seen during your travels.

Even at the start of the drive, it doesn’t necessarily look like anything out of the ordinary. “Hey, I’ve driven in much more treacherous areas than that,” you might be thinking. Well, you might want to get ready, because things are about to change! 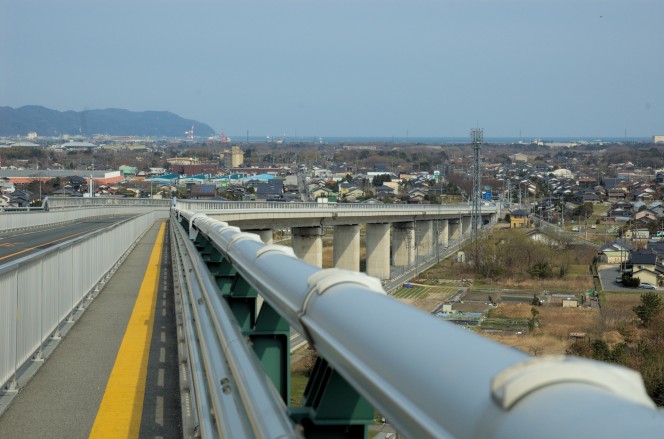 When you take a closer look, you realize that this bridge turns into what only can be described as a roller coaster with real cars on it. This is an actual road that people have to drive through on a daily basis. It’s difficult to wrap your head around the fact that it’s real! 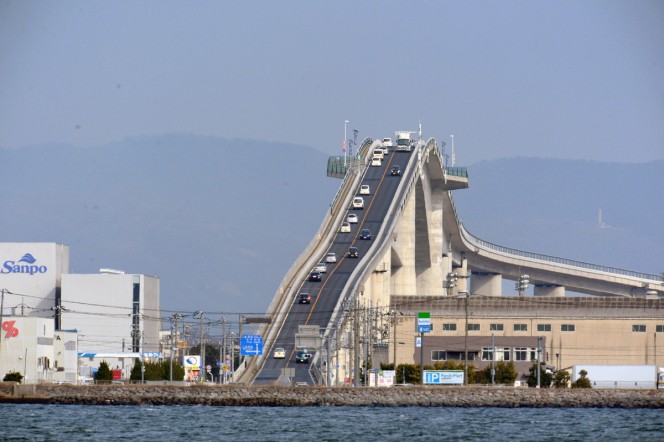 Can you even imagine driving on this structure? It certainly looks like it would not only take a great deal of bravery, but a whole lot of skill as a driver. One wrong move could spell disaster for everyone on that roadway! 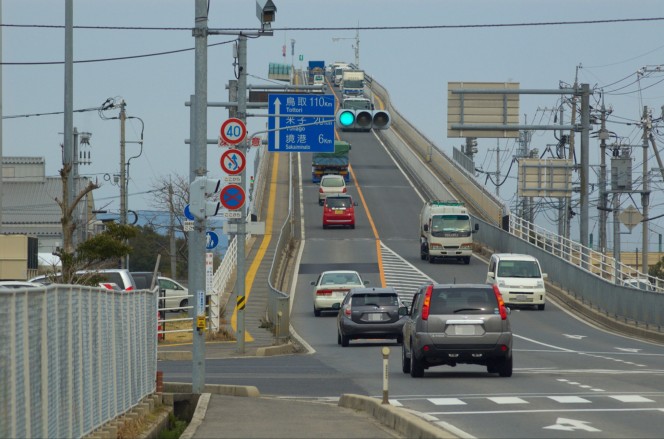 The slope is supposedly safe to all drivers, but that doesn’t mean that it isn’t terrifying. The bridge is designed like this because it needs to be tall enough to allow large ships to pass underneath the structure. 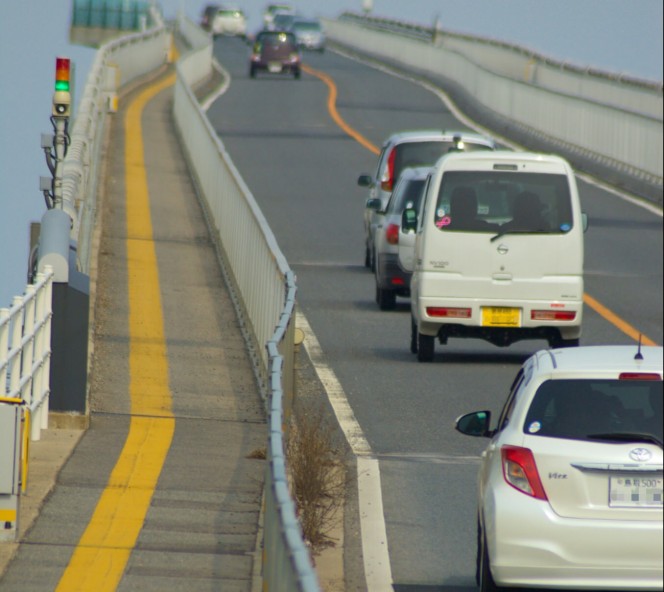 By now, many drivers in the area are probably used to traveling over the Eshima Ohashi bridge, but that doesn’t necessarily make it any less dread-inducing! Hopefully, everybody takes it slow and focuses on the road. Be safe out there, people! We can’t imagine what it’s like in bad weather…

Even from a distance, this bridge looks incredibly intimidating. If there are any detours that someone could take to avoid the bridge, you’d have to imagine that people would be taking them! 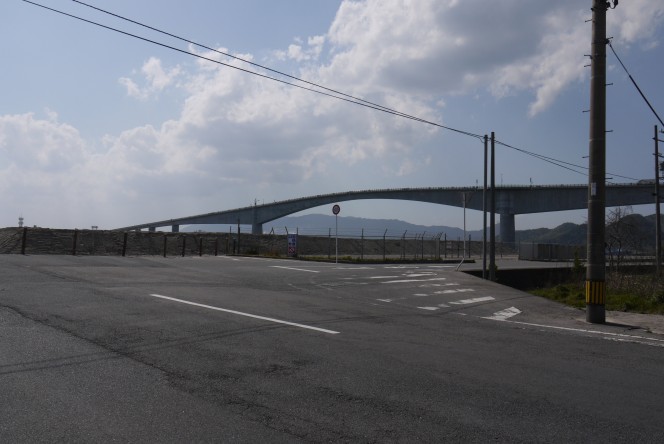 If nothing else, though, the bridge looks absolutely breathtaking at night. Sometimes, there’s nothing more beautiful than the things that are scary and dangerous. It’s amazing to think that some people might take it for granted! 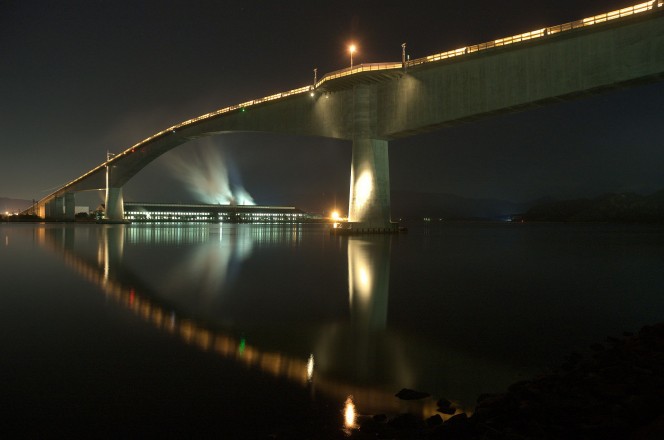 It’s probably hard to imagine how it must feel to actually drive over this crazy bridge. Luckily, if you don’t want to head over to Japan to try it yourself, you can just watch this video to get a first-person perspective of the journey! The incline looks a lot different from the driver’s seat, doesn’t it?

More than a few people probably wouldn’t have the guts to drive on this bridge themselves, especially if they’re scared of heights. How about you?

Share this ridiculously steep bridge with your friends below!