For many people, hitting 30 years of age is a psychological milestone. It definitely changes our way of perceiving things and also, we act differently to the same kind of situations. There are a lot of other benefits of being more than 30 years of age like you still stay young but much smarter and more independent than you used to be when you were 20. How differently we act in the same kind of situations before and after 30 years, are illustrated best by these comics. These clearly portray what love looks like when you have crossed the psychological milestone.

Here is the compilation of 12 relatable comics showing how our way of acting in love changes after crossing 30 years of age: 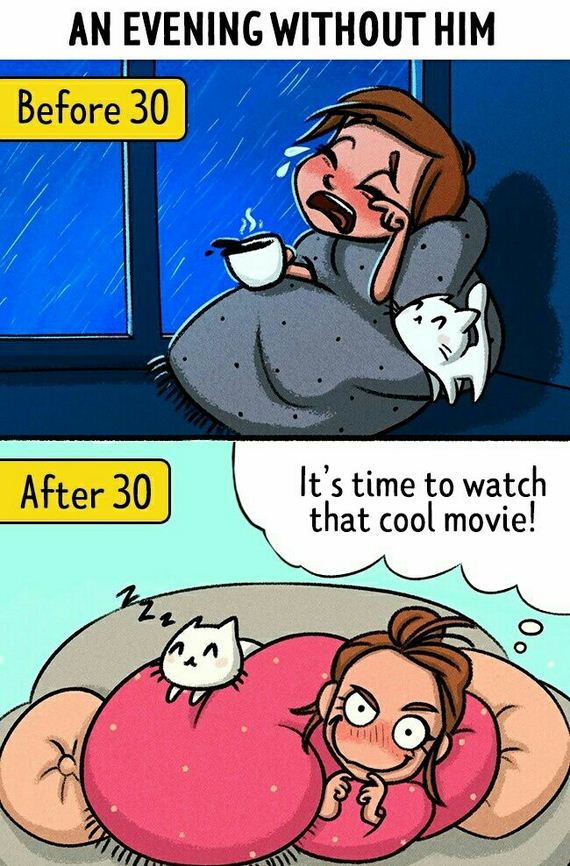 2. After 30 years of age, phone calls eventually turn into messages and love loses its essence. It’s all about the busy schedule. 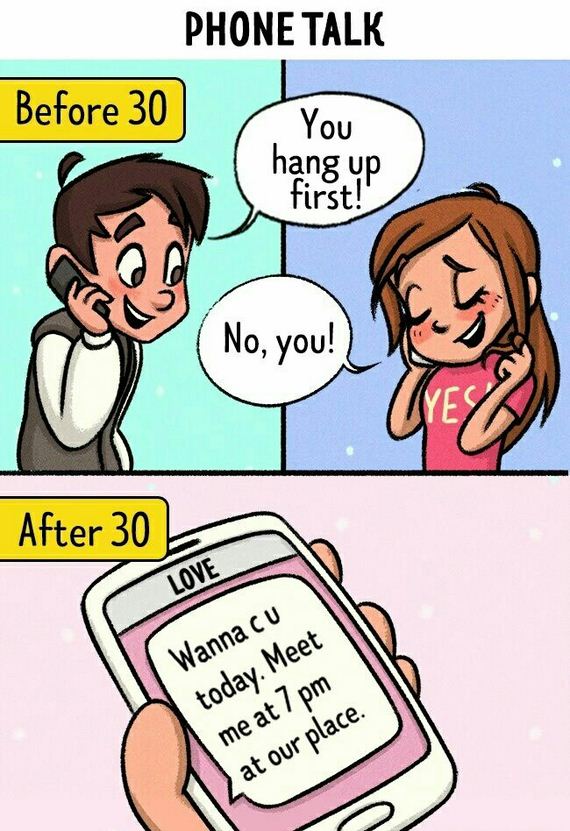 3. Making your other half jealous was always a thing of fun, right? Well, not after you are mature enough to understand how it feels on the other side. More than jealous, you used to make him/her worried and that’s not what you wanted, of course. Comics like these are so relatable. 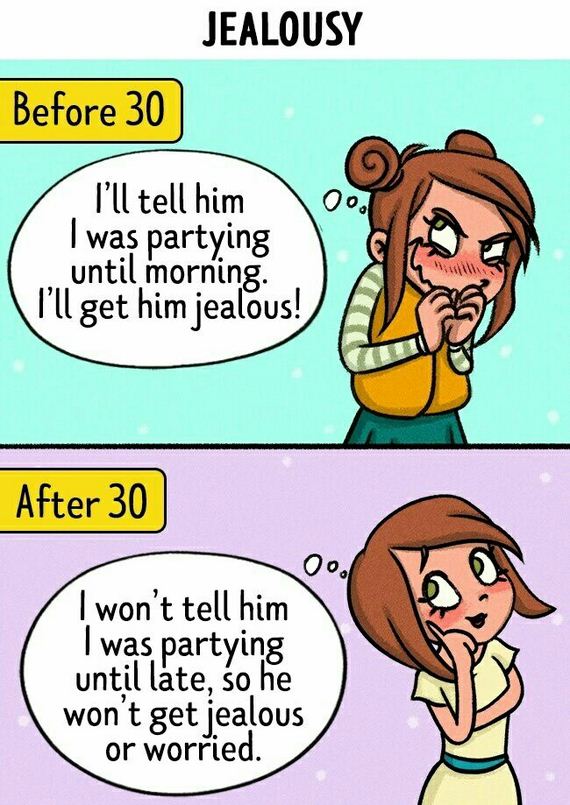 4. Actions speak louder than words. After crossing the psychological milestone, you tend to show your love more rather than speaking it out. 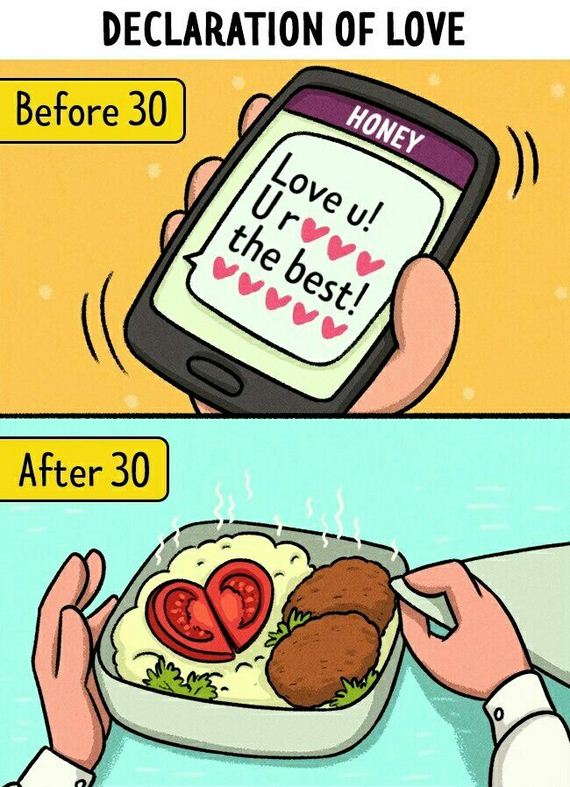 5. You become less concerned with what you are wearing because by the time you have hit 30 years of age, you both know that the love is true and not going to be affected by what the other person wears, unlike before 30. 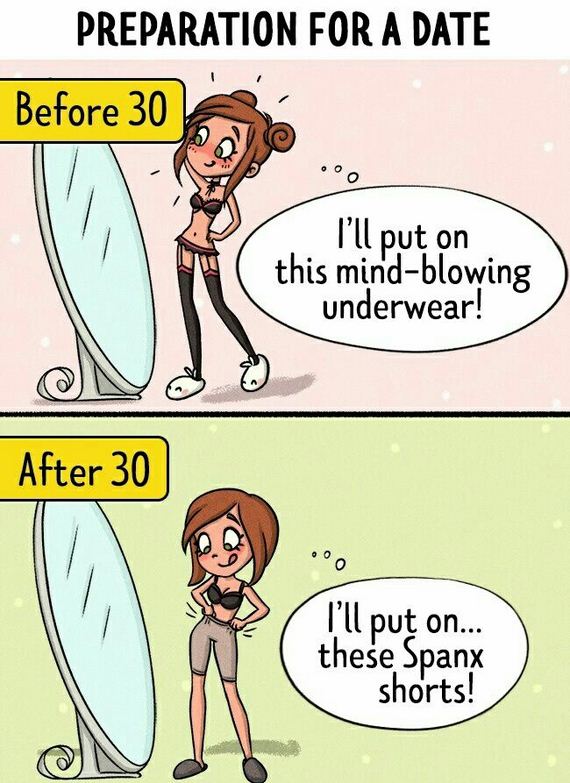