Looking at spectacular views through the window always makes a trip brighter. But there are some roads that not only impress us but also hide danger. For example, if you dare to ride on any of these paths, you may find yourself on the edge of an abyss or will risk drowning together with your car. 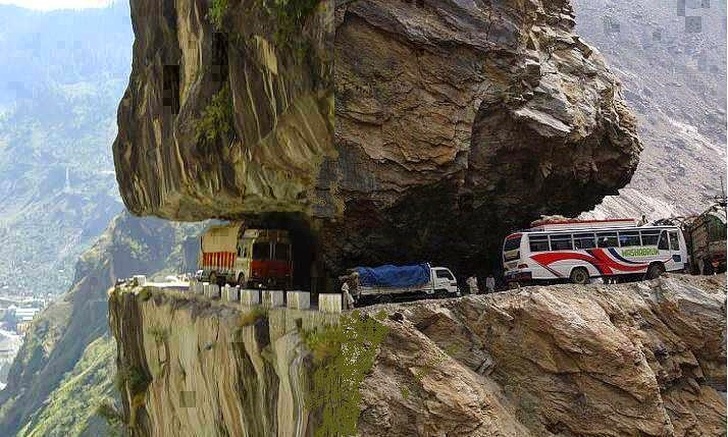 This road was constructed by Pakistan Army engineers associated with Chinese engineers in 1982. 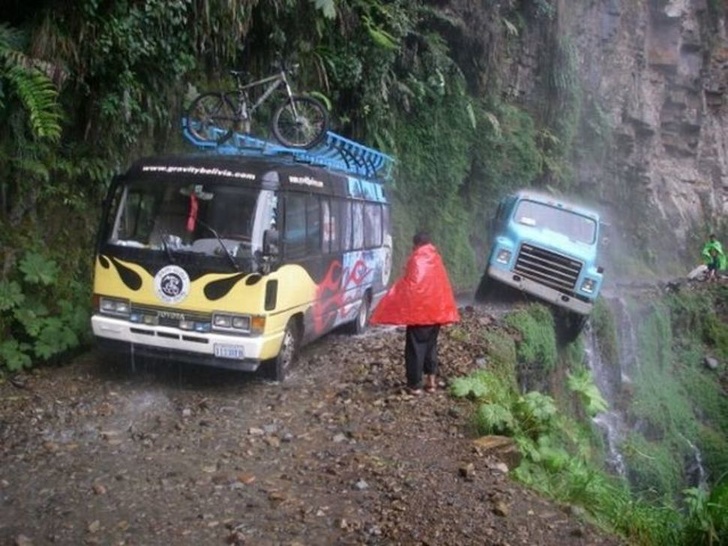 The North Yungas Road is a road that goes from La Paz to Coroico, 35 miles northeast of La Paz in the Yungas region of Bolivia. In 2006, it was stated that 200 to 300 travelers were killed annually along this road. There are even special cross markings on many of the spots where vehicles have fallen.

During the rainy season, rain and fog can hamper visibility, and water runoff can turn the road into a muddy track. In the summer, rockfalls are frequent and vehicle dust limits visibility greatly. 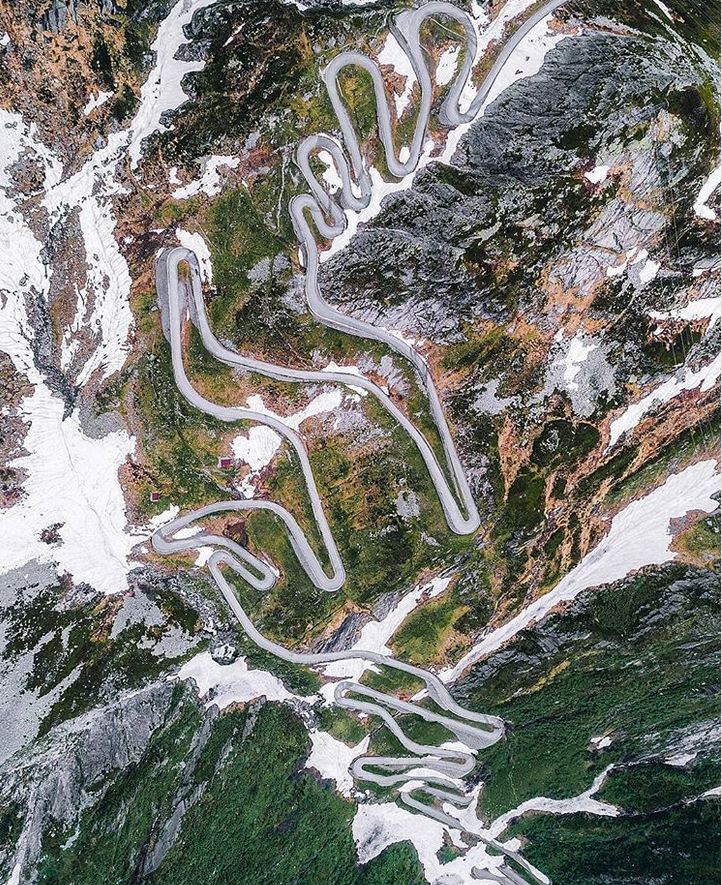 St. Gotthard is one of the 2 main north-south routes through the Swiss Alps. Since the Middle Ages, transit across the Gotthard played an important role in Swiss history. Most parts of the road aren’t fenced so just one wrong move can cost you your life.

11. A road along Lake Thun, Switzerland 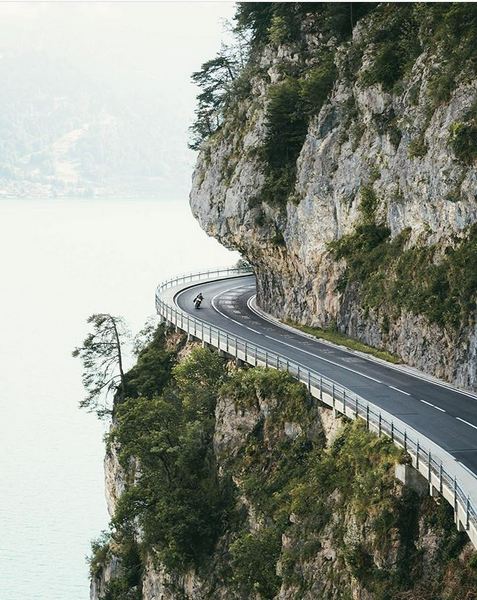 disposed of unused munitions into Lake Thun. The quantity of munitions dumped here is reported to be around 3,000 tons. 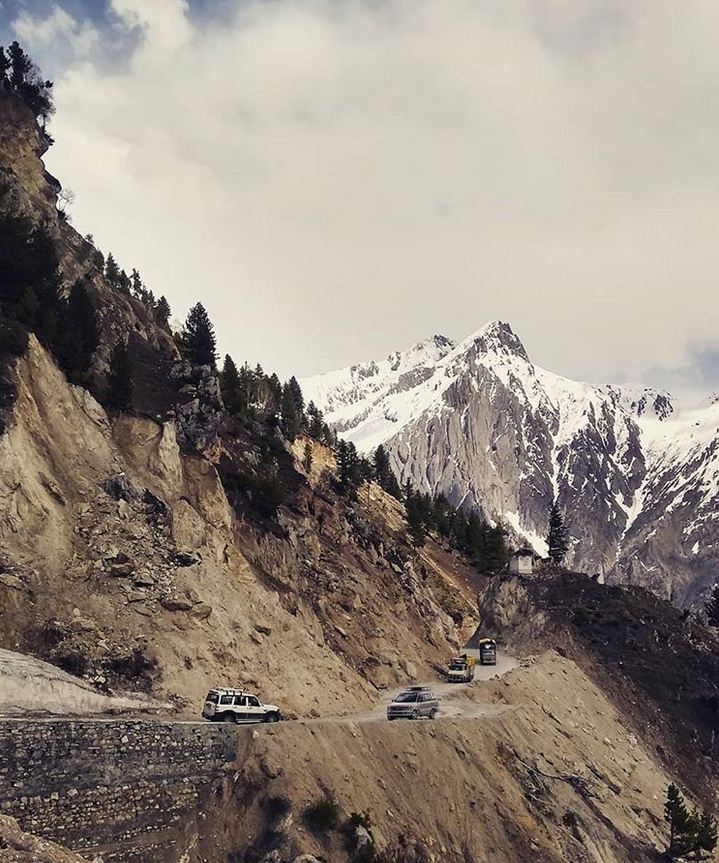 The pass between Ladakh and Kashmir Valley runs at an elevation of approximately 11,575 ft above sea level. The road is so narrow that it’s hard to believe 2 cars are able to pass by each other on it.

The road is also used to move cattle. That’s why if you see a herd of cows or goats, you’ll have to wait until it passes by. 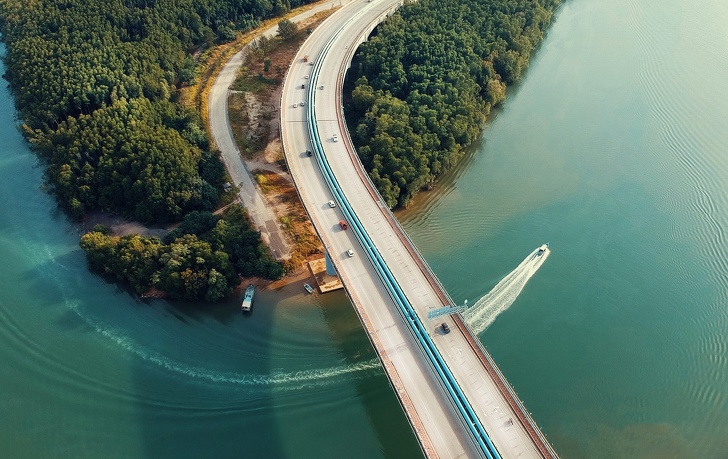 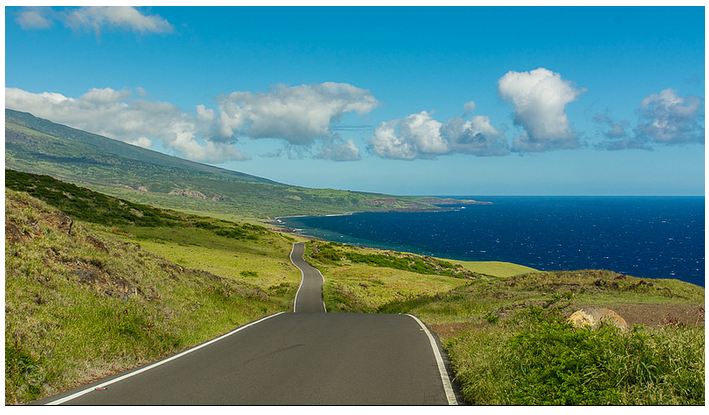 This narrow highway connects almost 60 bridges in Maui. Huge amounts of mountain brooks and tropical rains wash out the road along with winds that cause landslides.

Tourists who dare visit the road face lots of sharp bends but enjoy the views of bamboo forests, waterfalls, and other features of the tropical paradise. Some lucky people can also encounter whales that come from Alaska during the period of November through May. 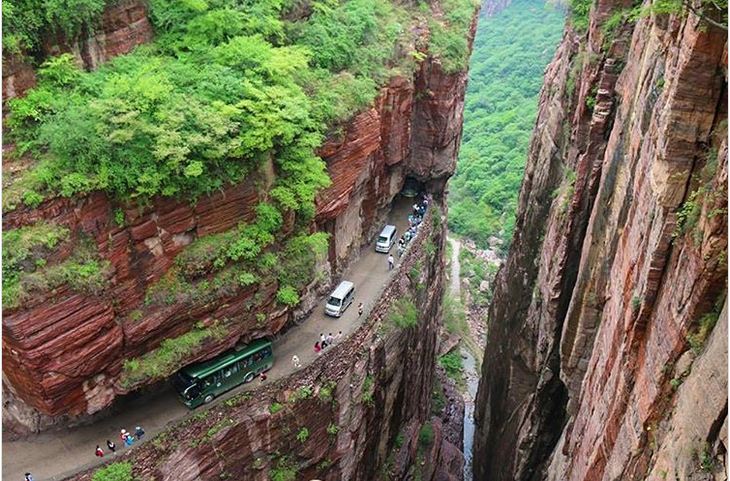 The tunnel was carved along and inside a mountain in China by people living in the neighboring village in the ’70s. Though the tunnel is extremely dark, it’s the safest part of the road as it prevents cars from falling down the mountain. To pass through the other parts of the road, you have to be really careful as the path is only 13 ft wide. 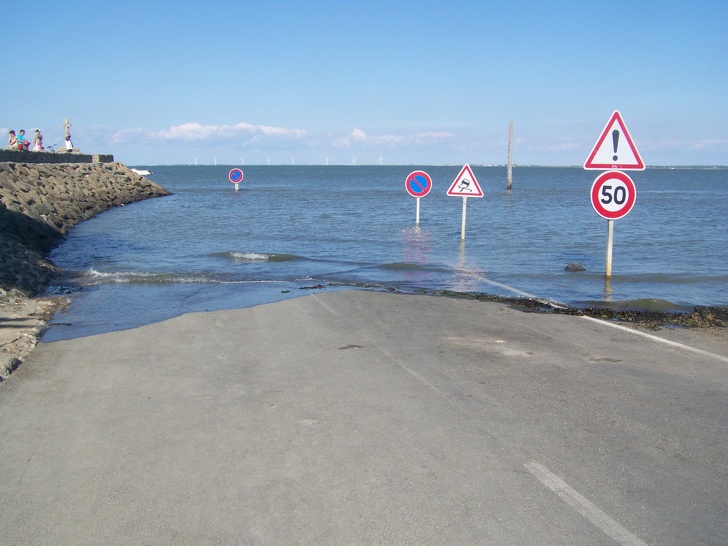 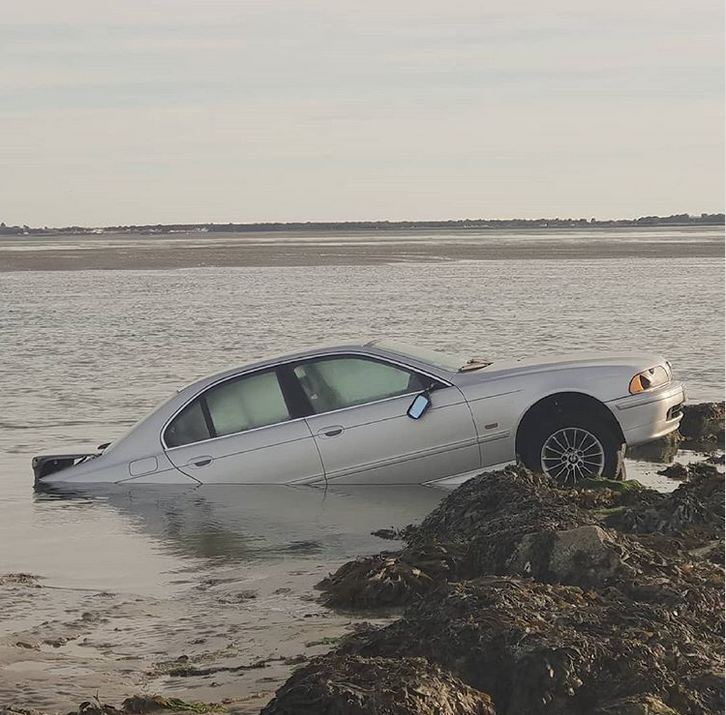 In the past, people had to use ships and boats to get to the island of Noirmoutier. Later, a narrow path appeared and the road was constructed. But it’s open only a few hours a day — during the inflow, the path drowns.

Sometimes water comes unexpectedly fast and it’s impossible to reach the land. Several rescue towers were built along the route so that people could climb them in case of an emergency. But your vehicle won’t survive, it’ll be washed away. 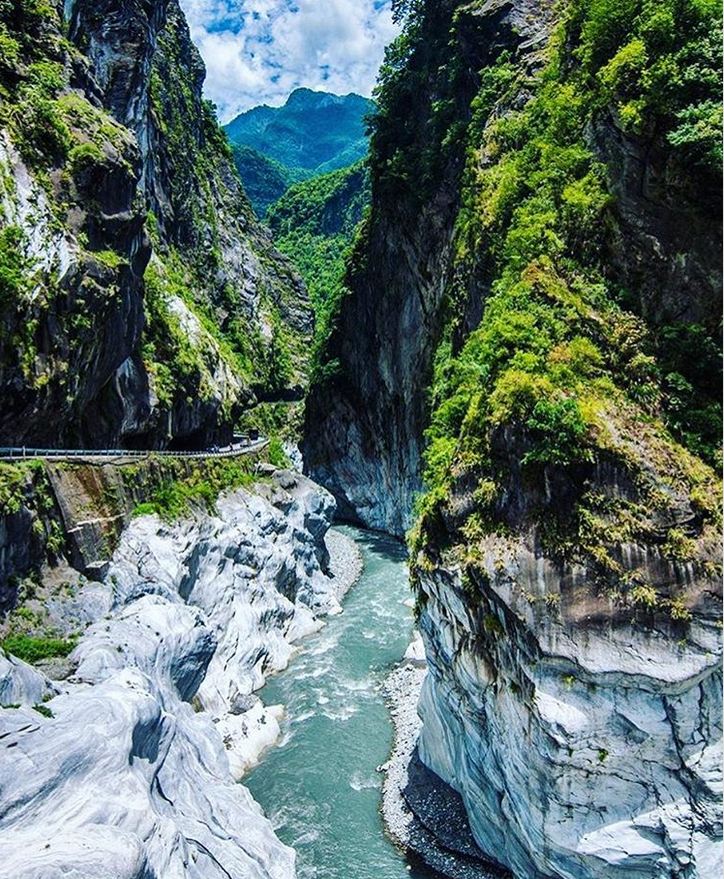 Typhoons and showers wash out the road that runs through the gorge and cause landslides. Additionally, there are lots of mountain rivers and waterfalls, and the seismic activity only worsens the situation.

5. The Himachal Pradesh Road in India 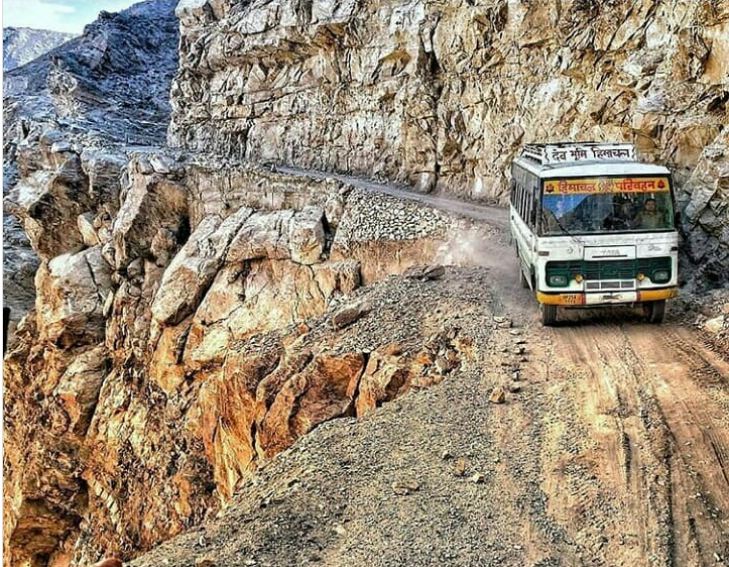 While you’re climbing up, climatic zones change each other, allowing you to finally face the beauty of the northwestern part of the Himalayas. You’ll also have a chance to enjoy the Rohtang Pass and its magnificent glaciers.

The road is usually closed because of snow blockage. But those who manage to pass through this severe route will get acquainted with the people of the Spiti district, Tibetans who have preserved their cultural authenticity. 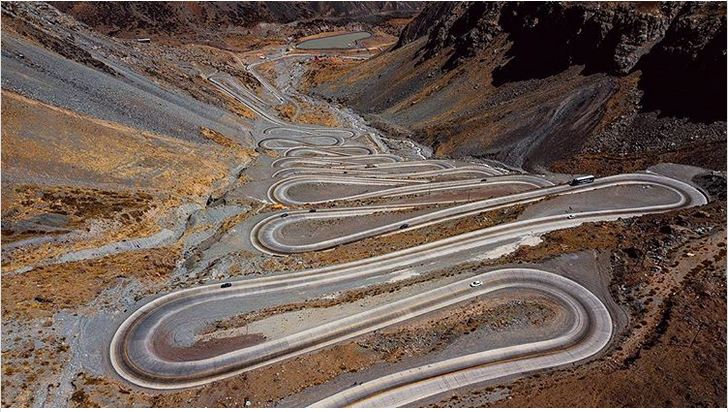 Paso de Los Caracoles means “the snail road” in Spanish. The route itself resembles a snail shell thanks to its sharp turns.

Most of the year, the pavement is hidden under snow, but that doesn’t stop people from traveling on it. On this road, you can see trucks and even double-decker tourist buses. 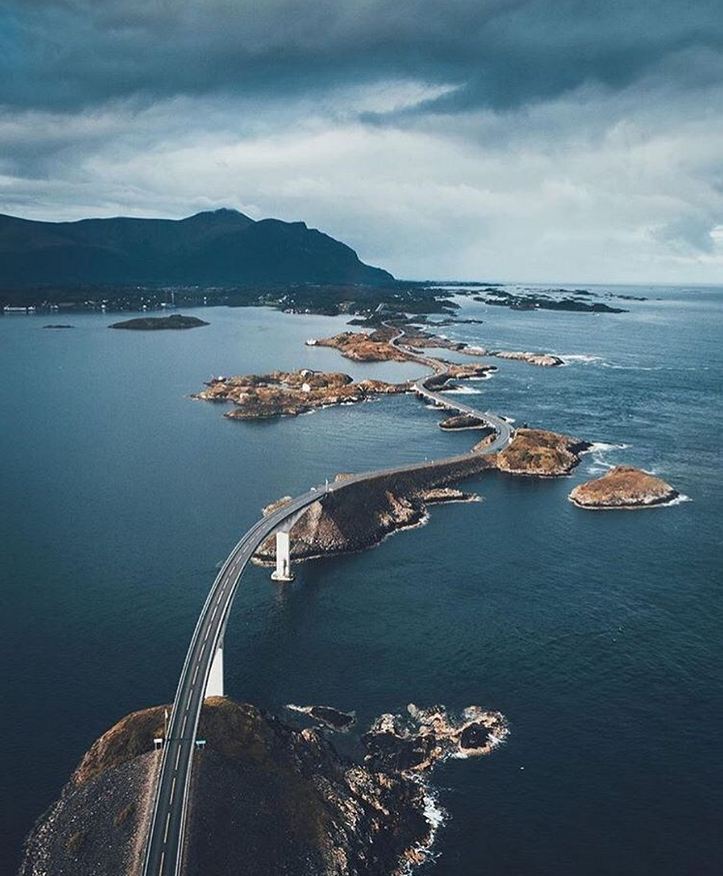 The road resembling waves attracts thousands of tourists each year. That’s why the Atlantic Road is classified as a National Tourist Route and cultural heritage site.

During your trip, you can enjoy splendid views of the Atlantic Ocean, but be careful — during the inflow, waves can cover and even wash your vehicle away. 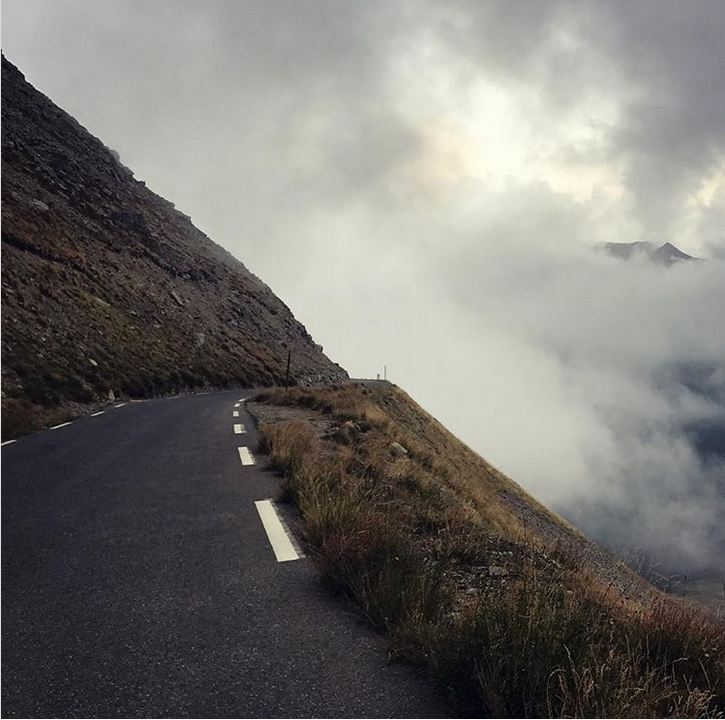 Col de la Bonette is the highest mountain pass in the French Alps. A route consisting of sharp and sudden turns can challenge your nervous system on your way up. By the way, cyclists love this road! The pass has been featured in the Tour de France 4 times. 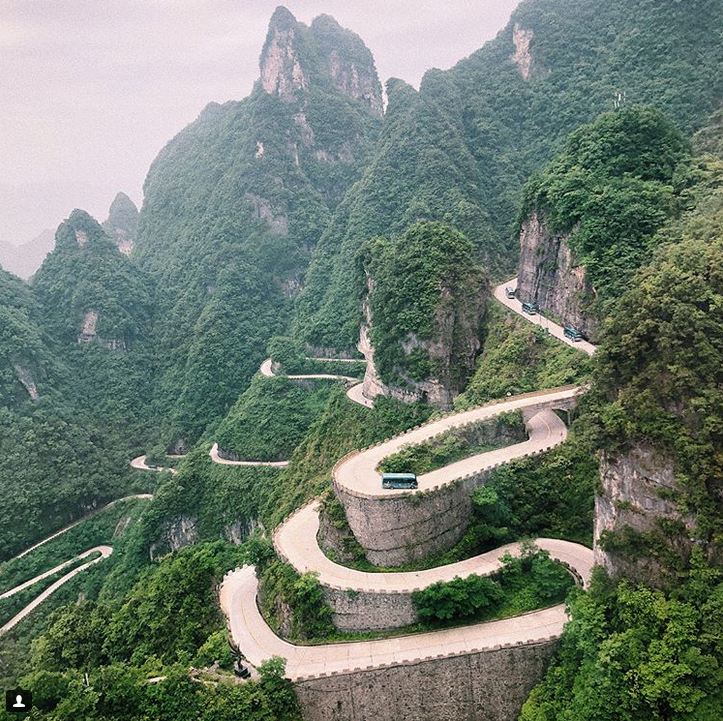 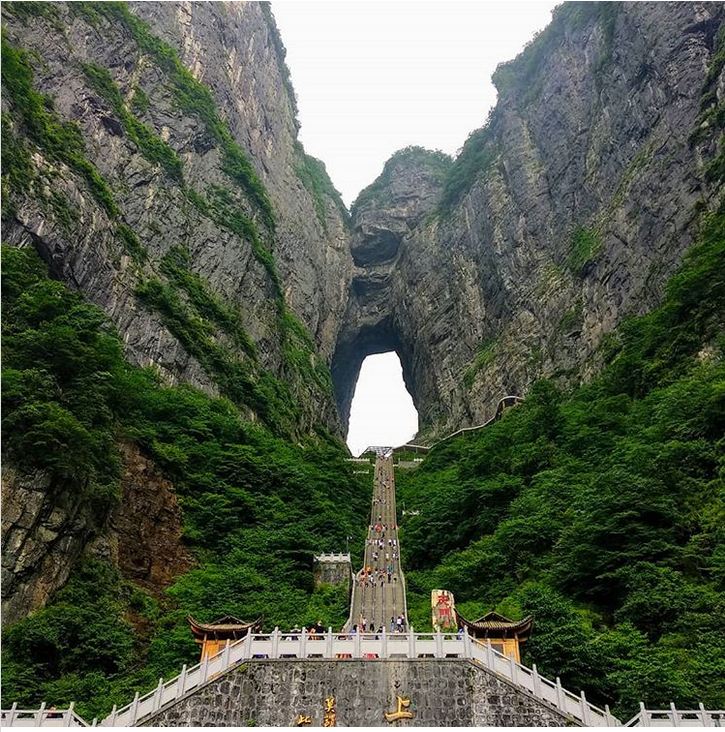 A 7-mile long road with 99 bends at almost 360° runs to the top of the mountain. In the past, a huge chunk broke away from the mountain, and the famous cave called Heaven’s Gate was formed.

Bonus: A road that looks more dangerous than it actually is 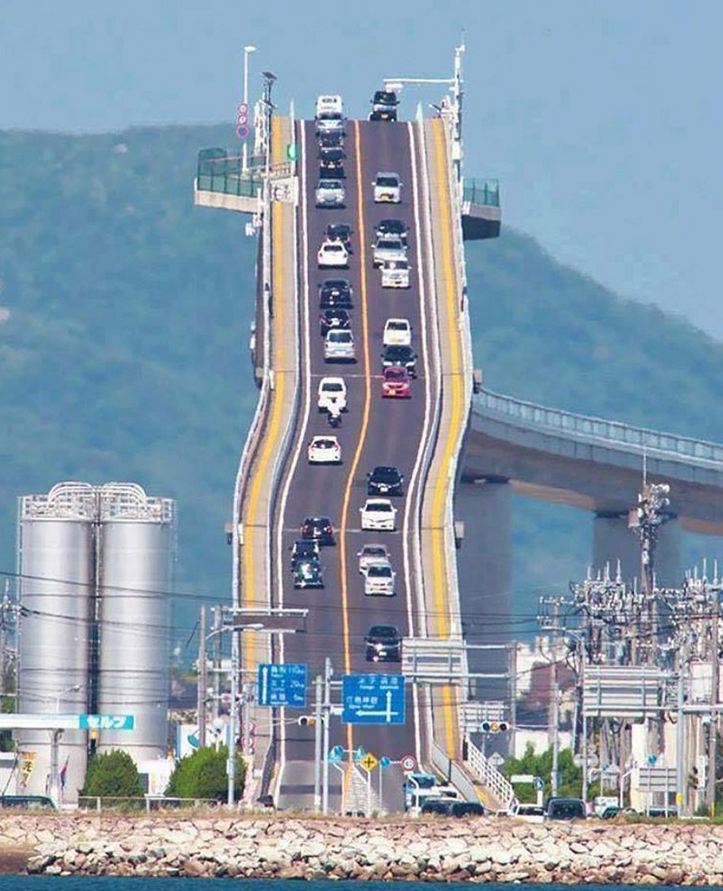 Eshima Ohashi Bridge creates an arch that allows big ships to pass underneath it. The road looks really dangerous at first glance but in fact, one side has a gradient of 6% and the other, 5%.

Eshima Ohashi became famous thanks to an ad. The rollercoaster-like effect occurs because of an angle that makes us think that the climb is extremely abrupt. Drivers don’t actually face any difficulties when traveling on this road.