Gary Golka said his final goodbyes to his daughter after a horrific car accident eight years ago. Since then, he has built more than 30 gadgets to attempt to communicate with spirits.

Among those 30 tools, he believes one has recorded his daughters ghost saying “hi daddy, I love you.” He has sold his devices but, in addition to that, he was featured on a show called Ghost Adventures. while on the show he explained one of his gadgets while recording a voice during an investigation of the paranormal. He said “No one was making products for these people” His devices are sold for anywhere from $79 all the way to almost $400. 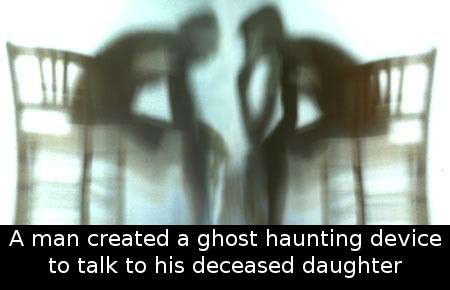 Mel-8704-SB7-EMF is the name of the Meter used the capute the voice a ghost on Ghost Adventures. It is said to find a range of electromagnetic and temperature fluctuations. It has an am/FM scanner and comes with glow in the dark buttons.