Larry Silverstein, who is a real estate developer, has a vision to replace the entire commercial office space that way destroyed by the events that unfolded on September 11 2001. His vision was ruled in favor of during court on Monday.
A Manhattan federal court jury agreed with Silversteins argument that he should be paid for the twin towers being destroyed, as two separate occurances. 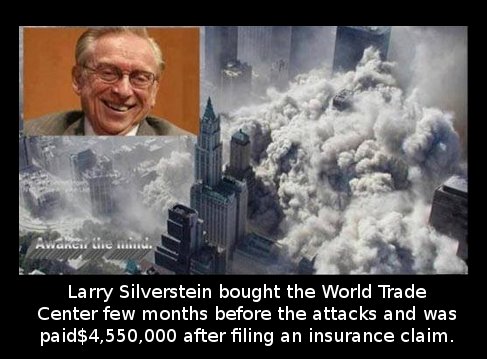 The trial lasted six weeks and deliberation went on for 10 days. The jury then came to the decision that the nine insurers that Silverstein sued all owe him money. They owe him the maximum payout for the destruction of each tower.
Fire and structural damages caused the twin towers to go down after two airplanes were hijacked. The planes crashed 16 minutes apart.
A maximum of 1.1 billion dollars is what the insurers are collectively responsible for, for each tower. The issue in court was if the insurers would be paying for just one occurence or two separate ones.
If the verdict stands, it means that the insurers will have to pay up to a total of 2.2 billion dollars to Silverstein. He would then devote that money to the construction happening at Ground Zero.
A trial was over in May that resulted in a negative result for Silverstein.
But, a jury then decided that 10 out of the 13 other insurers sued were bound by insurance policies that defined a single occurance.
With those policies, insurers are able to treat the attack on the twin towers as one single occurrence.
The 10 insurers are responsible for a total combined amount that exceeds 2 billion dollars. The three other insurers were grouped with six insurers in a second trial.
Silverstein signed a lease of 99 years which would take control of the trade center in July of 2001. This was six weeks before the terrorist attacks that ended the lives of almost 3 thousand people and demolished 10 million square feet of commercial space.
The insurance policies weren’t final at the time. This lead to the legal dispute of how many occurrences would be applied.
The agency overlooking the rebuilding of the 16 acre site has tapped Silverstein to start development of Freedom Tower.
The Freedom Tower is set to be 2 million square feet and be almost 2 thousand feet high. That will make it the worlds tallest skyscraper. It is due to be completed in 2009.
A written statement from Silverstein says “I am thrilled with today’s victory. But this is a win for all New Yorkers. Today’s decision means an additional billion dollars of insurance proceeds will be available.”
He also said “I strongly felt, and the jury agreed, that the destruction of the twin towers by two separate airplanes at two separate times was two separate occurrences and that these insurers have an obligation to pay their fair share to help make Lower Manhattan whole again.”
A spokesperson for one of the nine insurers said “We are obviously disappointed with the outcome of the trial. We continue to believe the correctness of our position that this was one occurrence, and we are looking at all of our post-trial options.”