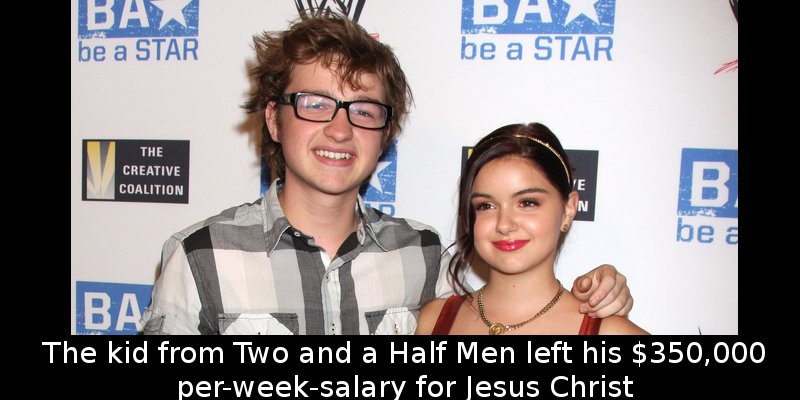 Angus became extremely popular by portraying Charlie Harper’s dumb and vulgar nephew on Two and a Half Men. By the time he left the show at the end of season 10 he was making $350,000 per episode. His net worth was estimated at $15 million, which made him the richest teenage actor of 2010. However, Angus was removed from the show after making several controversial comments about it, including describing the whole show as “filth” and speaking of himself as a “hypocrite” with a big salary. According to his own words, he was a strong believer in Jesus and the job only made his life worse.

Nowadays the 20 year old Angus is studying at the University of Colorado. He sports long hair and a beard, like Jesus, and visits a large number of churches speaking about Christianity and God.