Clean Water Services, an Oregon-based company, is trying to prove to the government that it can purify waste water to such a level that it would be drinkable.The company wanted to prove that their final product is not only clean, but absolutely drinkable and safe. So, back in late 2014 Clean Water Services teamed up with more than a dozen homebrewers in order to brew beer from sewage water. 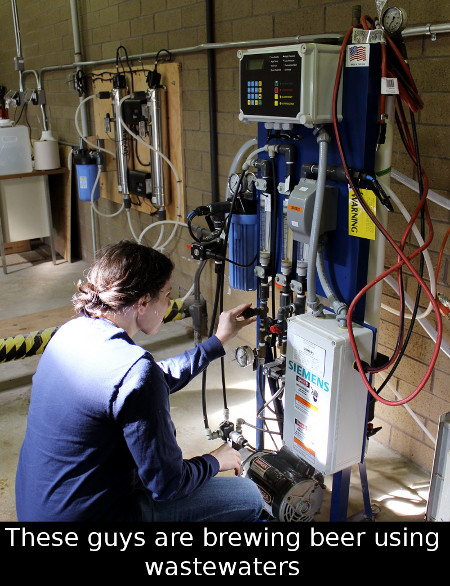 The shocking part is that they actually succeeded. The company is trying to get a license to actually serve this wastewater beer to people as the state’s government has prohibited the drinking of sewage water. It might sound strange, but the Oregon Health Authority is currently on Clean Water Services’ team. However, the Oregon Environmental Quality Commission will also have to agree before the official proposal can be properly reviewed.
Clean Water Services claim that they can purify even the most polluted waste water by treating it with 3 different processes. The first is called ultra-filtration. During this process the water is filtrated through extremely small pores. The second is called reverse osmosis, which basically purifies the water of any chemicals via a special membrane. The final stage is enhanced oxidation, during which the sewage waters’ contaminants are broken down by an oxidizing chemical and UV light.