A truly unfortunate man not only lost his pet kitties, but he also almost landed in jail during the search and rescue mission for the felines.

Patryk Ligeza from West Hull, UK, was serving time behind bars because he was caught shoplifting. During the time he had spent in jail, he had given his beloved two cats to a friend of his. 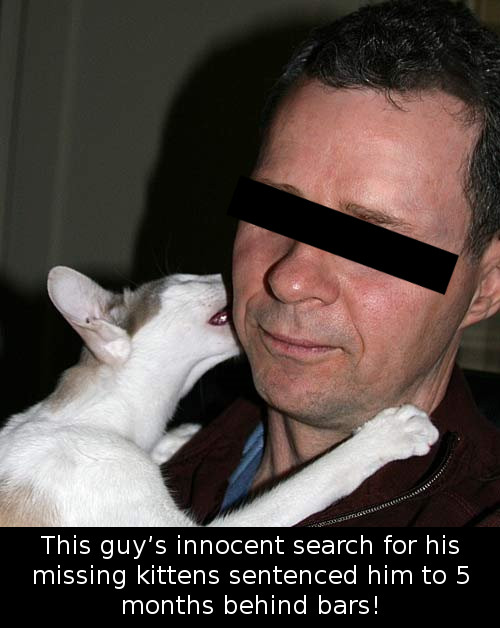 Unfortunately, his friend failed to take care after the kittens and somehow they ran away. The frustrated 24 year old Ligeza went on a search mission for his pets and started ringing on doorbells and looking for the cats all around the area. He saw a cat, which resembled one of his kittens, sitting on an open window in the area, so he snatched it believing it was his very own lost kitty. Little did he know, the cat actually belonged to the woman living in the house, from which he had taken the furry animal. When the cat’s actual owner called the police Mr. Ligeza was arrested and charged with burglary.
He was about to serve 5 months in jail (again) only this time for stealing a kitty. Fortunately, the judge heard him out and decided to lift the sentence off the poor man.