The recent California drought has been a bad one, to put it lightly, and it has placed a whole lot of people in danger. Now that it’s waning and heavy rains are rehydrating America’s third largest state, there are all sorts of amazing things happening.

A favorite Napa Valley water attraction has awoken from a long, drought-induced sleep. The Lake Berryessa spillway, or the “Glory Hole” as it’s commonly called, is spilling over for the first time in 10 years.


Since swimming in the lake is prohibited, lots of people are using drones to get as close to the action as possible. And sometimes, they get too close…

In Napa County, California lies Lake Berryessa, the seventh-largest manmade lake in America. The lake is most famous for its spillway, affectionately called the Glory Hole; because the region has suffered a years-long drought, the spillway hasn’t shown activity in 10 years. 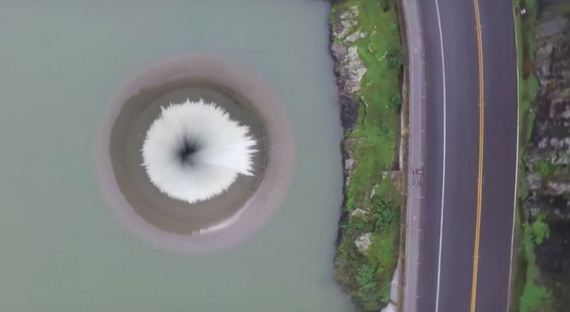 That all changed after California’s recent influx of rain, and onlookers were excited to see the Glory Hole overflowing once again. It overflows whenever the lake rises 15 feet above the level of the Glory Hole’s giant funnel; the spillway then drains a whopping 48,400 cubic feet of water per second. 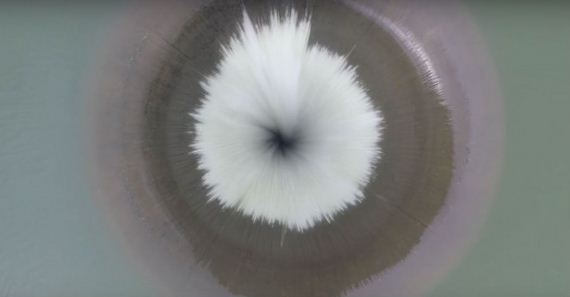 Sadly, the Glory Hole isn’t always so glorious. In 1995, a woman from Davis, California named Emily Schwalen was caught in the spillway and tragically died. She’d been swimming in the lake when the current brought her over to the pipe. She was able to hold onto the rim for 20 minutes, but when she let go, she drowned.

Swimming in the lake is now prohibited, and the Glory Hole hasn’t claimed any more lives. Still, the danger hasn’t stopped passersby from becoming curious—and now that the spillway is active, they’re using drones to get a closer view of the water without actually going in it. 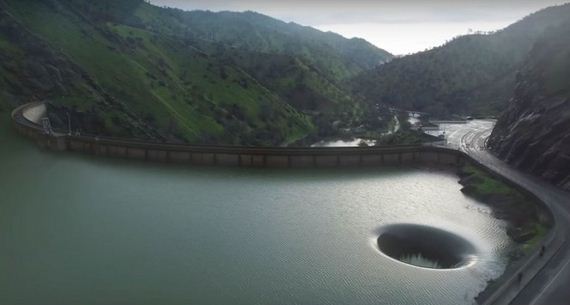 In fact, one drone owner almost lost his device when he let it wander too close to the Glory Hole. In the video from the drone, you can watch the moment when it almost gets sucked into the water!

Lake Berryessa’s counterpart is the Monticello Dam, which was constructed from 1953 to 1957. It was created for the Solano Project, which aimed to supply irrigation to the surrounding Solano and Yolo counties. 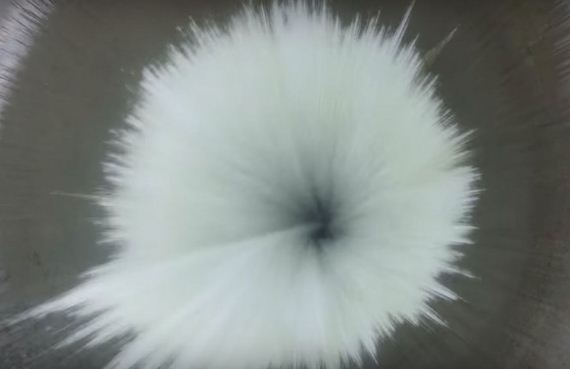 Land in these areas have been farmed since the 1850s, but it wasn’t as successful as it is with the lake’s help. The lake first reached capacity in 1963 and it attracts millions of visitors each year, but the spillway is the main event.

The area surrounding the Glory Hole is stunning, but one look through a drone’s eyes at the Glory Hole’s current spillover is a rare sight to see, and can’t be contained in photos alone. You’ll just have to watch this video to really experience it!

The Glory Hole spillway is an amazing sight indeed! Wouldn’t it be fun to see it in person? Just don’t go swimming, of course!